Post-industrial civilization is being characterized by flagrant separation from the human nature and euphoria from scientific and technical progress success. The paradox of an “abundant society” is in that a person, consuming a lot more than a certain physiological minimum, deprives oneself from health and advantages, given by evolution. The modern medicine absorbs interest from the formed situation instead of caring about modernization of the humankind, directing its evolution taking into account laws of nature. 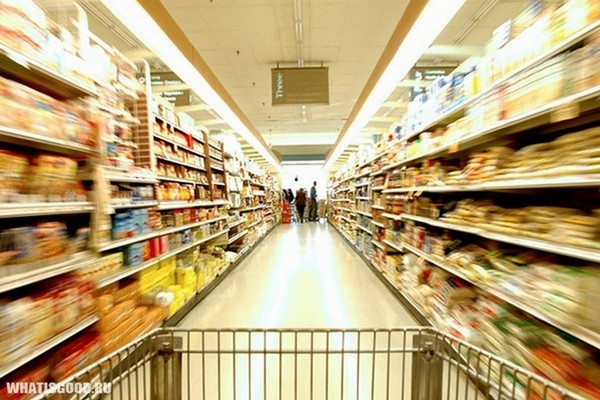 The depravity of the set social system is due to a destruction of an environment, disproportionate to benefits from over-consuming. Life-sustaining activity of each person suffers as a result of consuming feedstuff, inconsistent with the normal functioning of physiological systems as well. An increase of a material “prosperity” level should not be followed by deterioration of vital indicators of the environment: air, water and food. Otherwise, the technology development becomes an outrage upon humanity.

It is no coincidence that “leaders of Western civilization” obtrusively advertise the world the level of consumption, allegedly provided by “democracy”. “Democratic” countries become crumbly as sand, the reproduction of population stops and one can grab their recourses with bare hands.

However, “democratic standards of consumption”, which implementation is a Utopian experiment of creation of an artificial human, hooked on supposed advances of civilization, are more dangerous. This will result in devolution of humankind, since one can’t change principles of work of our organism for a tiny space of time.

A shot from the film “They Live”

At bottom consumerist society is totalitarian, even dispenses with a charismatic leader’s services

The “Charisma” of this society is consumer advertising, which penetrates whole informational space and includes citizens’ thinking. A consumer, who initially forms the demand, now becomes a passive branch, since this demand is being created artificially with the help of sophisticated commercial. A producer’s offer, prevailing over a demand, one may observe as a consumerism’s dictatorship. Citizens with a clever look buy things, which are harmful for their health or, in high case, useless. Often they go to all lengths in order “to conform”, forgetting about their own health.

For anti-natural lifestyle “perchers” – smokers and automobilists – have to reckon with not only their health, but with taxes in favor of those, who does not damage the Nature. It is obvious, that “democratic transformations” have been made by people, who are greedy and do not love their own nature, but a foreign World Trade Organization.

One has to be cautious of achievements of the flawed civilization, build on making profit even from air (because one is getting nothing to breath with), and take care for one’s own health. This will allow to not only keep it for many years, assuring not only real quality of life, but to minimize material costs.

In this aspect the problem of planned obsolescence is also interesting. The key word – “planned”, i.e. cold-bloodedly planned by a producer to make consumers buy more.

Therefore, goods’ production increases – industrial growth takes run. Although, the demand for non-replenishable minerals grows at the same time, waste accumulates like hell. Taking into account the growing number of customers, raw material gets more expensive. Therefore, products get more expensive themselves, and many can’t already afford them: they either have to refuse from buying, or take a buyer’s credit. As a result, producers together with banks get richer, inequality increases, even apolitical persons move to Wall-Street in NY, to St. Paul’s Cathedral in London etc. 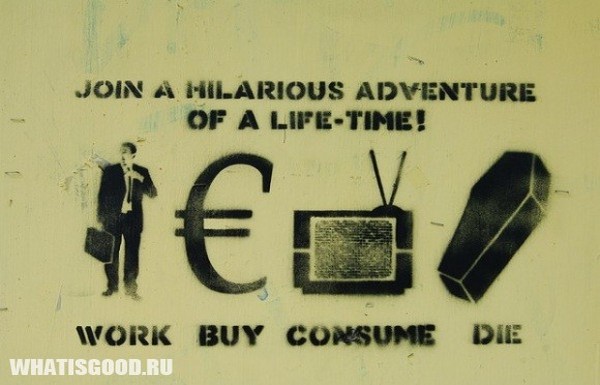 Everyone has an experience of using a product with the planned obsolescence. So, once plug-in cassettes and one-use razors competed with each other in their ability to keep sharpness. They hit ceiling around 21st century’s beginning: razors could serve up to a year. It is clear, that sales have decreased. In response companies have worsened the quality of steel – physically wore out the products, and now razors become blunt in a couple of weeks. Conjointly they have been worn out morally by releasing new model rows. Men and women throughout the world endlessly buy new cassettes and new models of razors, largely advertised, of course, at the expense of those men and women. It is needed more and more plastics and metals, razors and cassettes get more expensive, the producers rub their hands in satisfaction.

Ok, razors are still a trifle. But what about accumulators – automobile, computer, cell-phone, for toothbrushes, toys, are they out beyond number? Sometimes, a producer is hard to keep himself from not foreseeing a “timely” poopout of this irreplaceable thing. The market of accumulators is in the pink, and lithium, nickel, lead, spirit of Sulphur rise in price; worsen a steep between rich and poor. Is it an economical growth? No, it is a profanation. And even if a growth, than a malignant.

Or imagine a factory, which produces tights from holeproof and non-wearing off by rubbing threads. What is going to happen, if each woman gets several pairs of “everlasting” tights? Realization of products will get close to zero, that’s why there could be only one outcome: tights must tear fast! And what mass production of non-wearing out tires is going to bring? Their consumption is going to collapse, huge factories of rubber synthesis, production and utilization tires will stop. Meaning, the invention of “everlasting” tire one should monitor, buy and black out.

Initially people in the USA have started speaking about planned obsolescence as a stimulator of economic growth even in 1920-es. In 2010 was released the French-Spanish movie “The Light Bulb Conspiracy”, devoted to prior spoiling of irons, TVs, toasters, refrigerators, washing machines, printers and other consumers goods by their producers. Already in the mid-XX light bulb producers lowered the term of their work from more than 2500 hours to 1000 hours, by making a cartel agreement. Approximately in the same time (about 60 years ago) tights served for a car towage, however patent for the “everlasting kapron” had been bought out and hidden:

A thing, which does not wear out, – is a catastrophe for a business.

Of course, the above is true not for all spheres. One can’t imagine the planned obsolescence in agribusiness – reduction of yield; cattle’s weigh gain, best before date of food or its taste deterioration. Same with weapon production, automobile, ships and other, connected with safety. But there is also a sphere, where holding of scientific developments – is more than sabotage. Internet is full with offerings of “unique” medicine against cancer, the disease continues its harvest, and there is unlikely a family, which is not touched by it. The number of “miracle-tablets” multiplies, but cancer – with rare exceptions – is incurable. What do you think of that? Suppose, people found a vaccine or another panacea like vitamin B17, and the cancer is gone, as the whole row of sometime ago terminal sicknesses. Indeed, there will be no super profits from “miracle-tablets” any more for roguish producers. And what about AIDS? After 30 years from its discovery people have built a powerful industry for margin making. 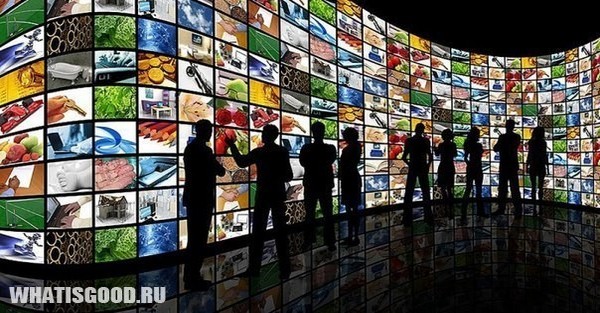 Gossips about the already found efficient means from cancer and AIDS appear here and there from time to time. Sometimes one even declares aloud and holds press-conferences, but each time the “infowire” suspiciously fades. One has only to suppose, that if such means were really developed, they have been covered by mystery straight away, and millions of lives ended. The main question: is there a way to fight for these millions?

It is no coincidence that the motherland of the planned obsolescence is the USA, created by people, which did not have enough opportunities in the Old World for satisfaction of their radical egoism. A secret trigger of business of unfair moneymakers from the West have become goods involution – production and “selling a bill of goods” of notorious junk, strongly worsened drafts of hidden from the humanity “true” goods. Results: colossal over-expenditure of resources, littering of the habitat, standard of living decrease due to extra purchasing, general slowing of progress because of breakthrough discoveries neglecting. Paradox: for the sake of self-growth the economy consciously… slows down its growth. And nobody has any time for this total trickery.

Producers should necessarily change their attitude towards Earth’s resources in order to keep it for their children’s happiness. If one does not do anything, the humanity is going to suffocate in excrements of its own egocentrism. So should we exist further as if in the rough?

As if there is one more life in reserve – for a final draft.

"Before I Fall": How a spoonful of poison was dropped into a barrel of honey

«Angry Birds»: That is becoming the norm in children's cartoons