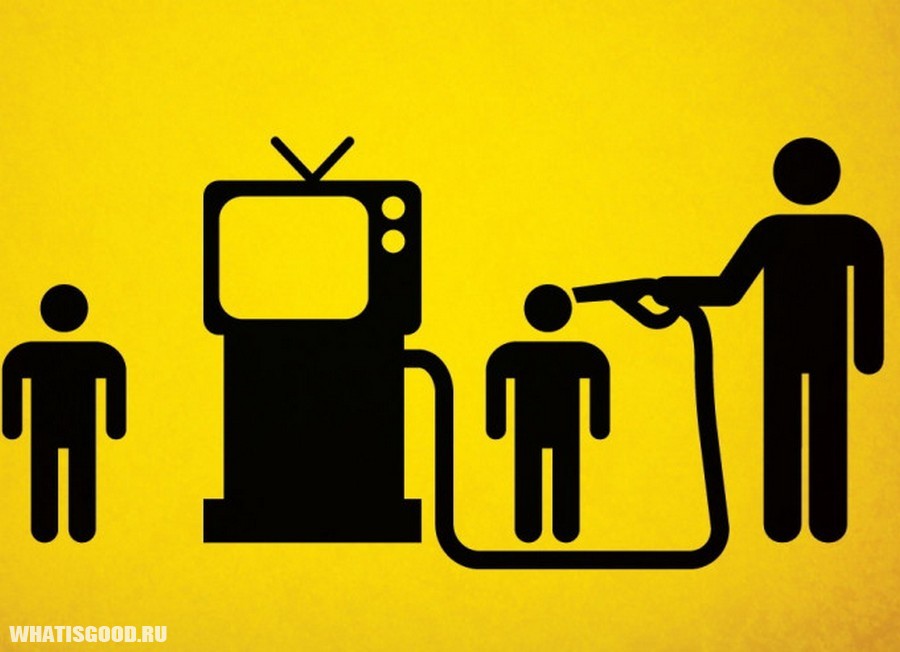 In the early 60s Albert Bandura, an American psychologist, made an attempt to find out whether children are inclined to imitate adults’ aggressive behavior. He took a large inflatable clown named Bobo and made a film in which an adult woman scolds at it, beats and kicks it and even hits it with a hammer. Then the video was shown to 24 preschoolers. The second group watched a violence-free video and the third group didn’t watch anything.

Then all three groups one after another were invited into a room with Bobo, a couple of hammers and even toy guns (although no fire arms were in the video).

Those children who watched the aggressive video, immediately started to torture poor Bobo. One boy even held a pistol to Bobo’s head and whispered how he was going to joyfully bash its brains out. Children in the other two groups didn’t show a single sign of aggression.

After Bandura articulated his conclusions to the academic community, a number of sceptics claimed that the evidence is insufficient because rubber dolls are made to be bashed.

Then Bandura filmed a video in which aggressive behavior is performed towards a live Bobo – an adult man dressed as a clown. The trial groups were even bigger and after watching the video showed exactly the same kind of aggression towards a live clown. This time, no one could argue that Bandura was correct in his findings.

98% of families in the modern industrial world have a TV. Television has created a kind of a global popular culture. In an average family, TV works for about 7 hours per day, which gives about 4 hours of daily exposure to each family member. What kind of social behaviors are being engineered in these time periods?

Psychologist George Gerbner and his colleagues daily watched TV viewing grid, prime-time and Saturday morning shows for 30 years. What did they learn from that? That 2 out of 3 shows had violence scenes (“actions of physical coercion accompanied by threats of abuse and murder or actual abuse and murder”).

By the time a teenager graduates high school, he or she has watched about 8000 scenes of murder and 100 000 other actions of violence. And that is only through TV, not counting other sources.

Analyzing these statistics, which he has been collecting for 22 years, Gerbner concludes: “The history of humanity knew more bloody times than now. But never before has human society been soaked in images of violence to the extent it is today”. 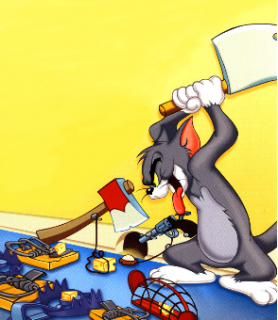 And who knows where this hideous flow of violence, which leaks into every home through the TV screen, will take us…  There is, however, a counter argument that states that the viewer releases negative energy and potential aggression by watching TV: “Television didn’t  take part in the genocide of Jews and Native Americans. It simply mirrors our desires and satisfies them”. But it is also true that with the beginning of the TV era in the US, the number of crimes associated with violence has been growing faster than the American population. It is very unlikely that this popular culture simply mirrors people’s choices and doesn’t influence their actual morale and behaviors.

Do TV viewers mimic behavior they see on the screen?

There are numerous examples of how crimes showed on TV become copied in real life. When 208 prisoners were surveyed, 9 out of 10 admitted that TV can teach new crime tricks. 4 out of 10 said that they have tried to commit some of the crimes they had seen on TV.

In order to study the effects of TV on crimes, researchers simultaneously use such methods as correlation and experiments. Can we conclude that a bloody TV “diet” results in real life aggression? Perhaps, aggressive children prefer to watch aggressive TV shows? Or there is some other factor, for example, a lower IQ that makes its owners choose more aggressive TV content and act accordingly in life? 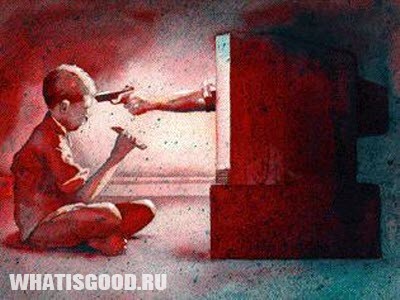 According to research, watching aggressive action thrillers at the age of 8 leads to belligerence at 19, while aggressive behavior at 8 doesn’t result in love to such movies at 19.

It means that it’s not aggressive inclination that makes people like aggressive films but the opposite – aggressive TV shows lead to belligerent behavior.

These results were also confirmed recently in a study of 758 teenagers from Chicago and 220 teenagers from Finland. Moreover, when American psychologists Iron and Huesmann looked at the records of the first study conducted on 8-year-olds and compared them to the data on crime prisoners, they found out that 30-year-old men, who watched a lot of action thrillers when they were small, were more likely to commit crimes.

It has been noticed that everywhere where TV appears, crime rates rise. The number of crimes committed in the US and Canada in 1957 and 1974 was twice as large due to the spread of TV. In smaller towns where TV came later, the crime wave came later, too. Similarly, in the well-studied rural regions of Canada where TV came later, the aggression on playgrounds rose twofold. It should be noted that the results of correlation and experimental studies were double-checked multiple times to exclude any “third” factors. Lab studies coupled with social concerns pushed the results of 50 new studies to be presented to the Main Bureau of Medicine of the US. The studies confirmed that watching aggression causes aggression.

*by Western we mean modern cartoons produced in countries of the Western civilization – the US, Canada, Western Europe, Australia, etc. – and imported to other countries, including the former USSR.