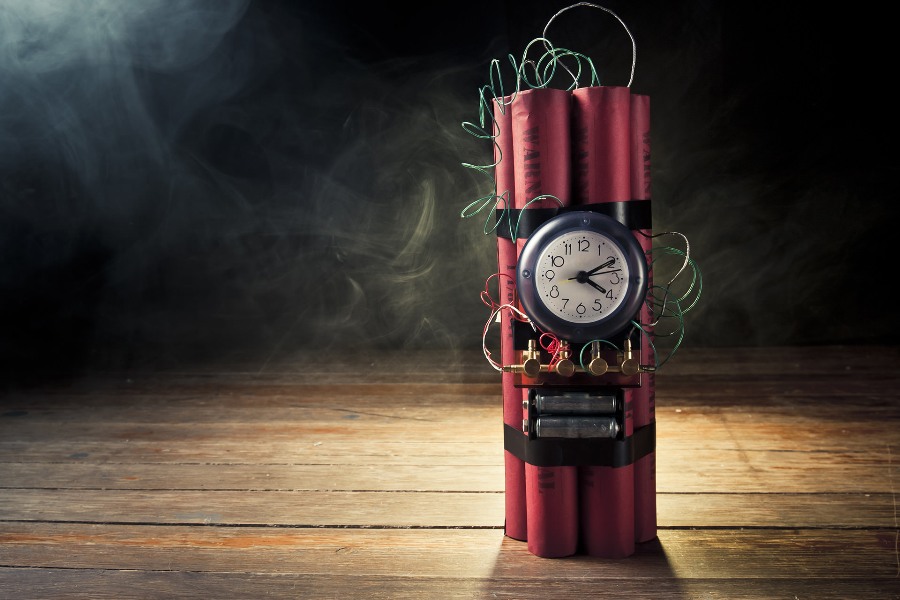 From the mid of 1990-s in the cinema there was a woman emerged of an unusual type. They were not housewives, not farm workers, not nurses, but aggressive warriors with super-strength and abilities. Such a woman not just “stop a horse at a gallop,” but equally fights with men and even saves them. The image of a super-woman, by magic, begins to be present everywhere: from children’s cartoons to serials and feature films.

Someone will say that such women have always existed, citing the example of ancient Amazons or women heroes of the World War II. But … the characters we are considering, with the external similarity of their strength and dexterity, are radically different from each other.

The women heroes of World War II, working as nurses, signalmen, and sometimes scouts, were outfight not so much at the expense of muscles, but at the expense of the mind and great strength of spirit. And this is confirmed by time. As for the Amazons, it is known that they have been training since their birth …

And now, a small female figure can knock down a big man with her fist who cannot hit her in any way, because … he misses. At the same time, according to modern women heroes, it is not often noticeable that she was engaged in a gym or spent half of her life in the Shaolin monastery. That is, the most ordinary woman immediately starts to fight like Bruce Lee (Frozen, Avengers, The Cruds, Mr. and Mrs. Smith, Aeon Flux, etc.).

Why it is dangerous

We are used to looking at the spectacle of a beautiful picture, but at the same time we do not think about how dangerous it is. So, a girl can inadequately calculate her physical strength and get into a frankly unpleasant situation. Thus the age-old taboo that a female cannot be beaten is removed from a young man.

The films do not show that the physical punch of women and men has a cardinal difference in the degree of harm to the enemy. Although anyone who has an idea of human physiology, it is clear that for the same punch, men and women react differently due to physiological differences.

Despite this, in many modern “fairy tales for adults” the woman is endowed with a mystical power (Resident Evil, Buffy, The Originals, Charmed, BloodRayne, etc.), which allows her to knock her opponent off with one blow of the hand or foot. How about the one famous scene from the movie “Mr. and Mrs. Smith”, when the character of Brad Pitt, knocking his wife off her feet, strikes her with a few punches in the stomach. If for couple of spies this scene ends with stormy reconciliation after a few screen minutes, and Angelina Jolie’s character instantly feels healthy, cheerful and happy woman, then in real life one such punch can suffice to cause even a strong man an injury. What can we say about the anatomy of a fragile female body?

If we were talking only about this film, then we could regard such a scene as a monstrous “goof”, but, unfortunately, we are talking about a clearly manifested trend in modern cinema.

In addition to the fact that women began to show off such a mixture of Jackie Chan and sorcerer Merlin in a skirt, their belligerent aggressiveness and super-power began to be presented as a standard of beauty and worthy behavior. It is often on the screen you can see the scene when a young woman in a tight suit showing all the “charms” scattered several thugs in different directions for two seconds, and they, like the last fools, wait patiently for their blow …

The typical character of such super-women is drawn very clearly: she hopes only for herself, she not used to take care, it is clear in her glance that she will destroy anyone on her way. Remember female images in the films BloodRayne, Buffy, Lara Croft, Charlie’s Angels, superhero films – Avengers, Catwoman, Fantastic Four, and Tarantino, Rodriguez, etc. movies. 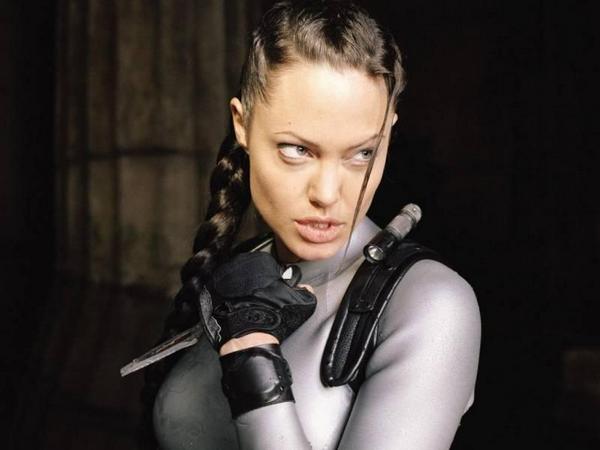 Now tell, can such a woman become a faithful wife who is experiencing trials with her husband and supporting him in a difficult moment? A caring mother, ready not to sleep at night, lulling the baby? No. Such “ladies” in their character do not even have close qualities to be real in a good sense of the word woman. At the same time this type is popularized through the cinema – the type of aggressive woman with a hard look and weapon (magic) in her hands.

Similar trends have already become mainstream and in computer games, where a warrior woman is always dressed in an armored bra and similar costumes that are completely unsuitable for protection and armor, but perfectly emphasize the sexually traced forms of the heroine, causing certain associations and feelings. 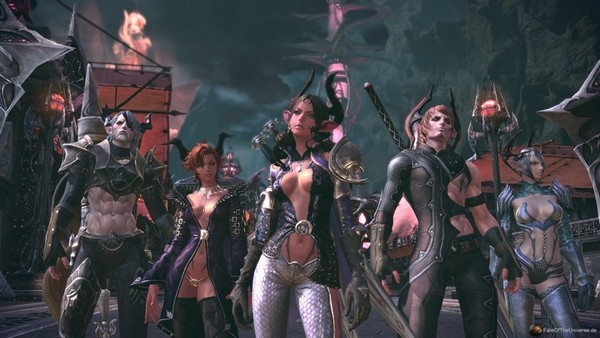 Thanks to modern cinema and the substitution of basic concepts about the role and appointment of men and women, today an aggressive warrior woman becomes a model of beauty and behavior. Sometimes in such films, even femininity is ridiculed: in the same “Mr and Mrs. Smith”, the heroine of Jolie was frankly uncomfortable with the usual conversations about family affairs in the women’s company. Or the series “Buffy”, where the character of the school beauty – Cordelia was shown as a hysterical woman. Thus, the spectator is offered a meager choice: either aggression, or boring life of “broody hen”, or the image of a beautiful and stupid doll. The image of wisdom, feminity without magic or weapons in hand, is not even considered, as if it never existed. 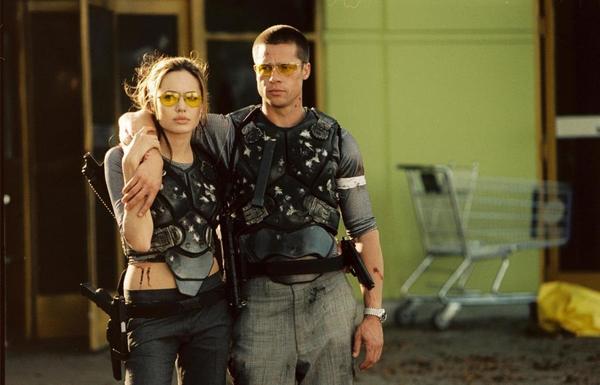 Where has arrived, there has decreased

According to the law of nature, everything in the world comes to an equilibrium state. And where something has arrived it is due to the fact that somewhere necessarily something has decreased. That is, if in girls artificially form masculinity or typically masculine qualities, then the femininity is pawned in the boys – a typical female role. There cannot be two leaders, two fighters in the same family. American cinema, besides the image of a strong woman, is also gives the image of a weak man.

You can remember the series: “Xena: Warrior Princess”, “Catwoman”, “Bandidas”, “Once Upon a Time”, etc., where next to physically and morally strong women there are equally weak men who can not only protect their women, but they need the strong shoulder of their girlfriend.

A vivid example is the TV series “Buffy”: from the four always acting protagonists – two women and two men. Both representatives of the stronger sex are physically inferior to the ladies, for they are simple people, and as an individuals lose much to women – witches and vampire slaughters in combination.

Buffy is bold, determined, risking her life every day for her duty, a faithful friend and strong personality. Her friend Xander is a coward, which is a frequent reason for jokes in the film; he is capable of small intrigues, and also to throw the bride at the altar because of far-fetched fears. 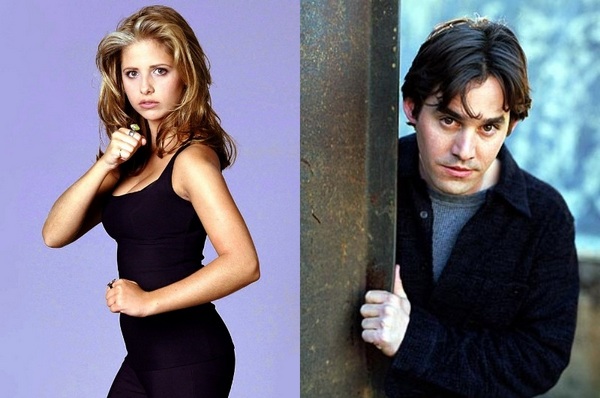 The situation is similar in the last “Star Wars”: Ray is a girl with an awakened power of a Jedi, her lover is a traitor who escaped from the war. The hero, openly hiding behind a woman’s skirt from any troubles, is not only not condemned by other characters, but on the contrary, his behavior is shown normal and natural due to an artificial plot where the woman has physical and moral strength, but he does not.

For Raúl from the new “Phantom of the Opera”, it was normal to substitute his woman, using her as a bait for a villain, who keen on her. Tyler from “The Vampire Diaries” also did that. That is, a woman has enough courage to become a voluntary bait for the killer, but it was not enough for man who could fight against the villain to protect the peace of his beautiful half.

You can imagine that in ancient tales the prince distracted the dragon with his own bride – a beautiful princess. Naturally, no, because in this case the prince is deprived of his main quality of the archetypal hero – masculinity. In such a spoiled fairytale, princess becomes a hero, because she ready to risk her head for the sake of her beloved, and the prince needs only to quietly hide and swing the sword in time.

Men and women change roles. What can this lead to?

The negative influence of the image of a super-strong and aggressive woman is very great. Firstly, the fair sex representatives are taught that men do not need to be trusted, and the men are taught that there is nothing wrong with … being weaker than women. Thus, thanks to trends in modern cinema, the concepts of femininity and masculinity change places. But if girls and boys are inculcated with roles that are not their own, then some will stop giving birth to their children, while others will not defend their homeland: why?

Of course, under certain extreme conditions, a woman can defend the Motherland with weapons in her hands (there are many such historical examples), and a man can stay at home for a period of time and bring up children. But this can only be as an exception to the rules and the forced measure, rather than the imposed norm.

3+
Share:
Participation in the project
Tags:
Technologies
Also read:
Cinematography as information weapon
Should the actors, who propagandize alcohol and tobacco in films, be blamed?
Technology in the service of Corporations: from Google’s Design Ethicist
Implicit methods of promoting sexual disorientation