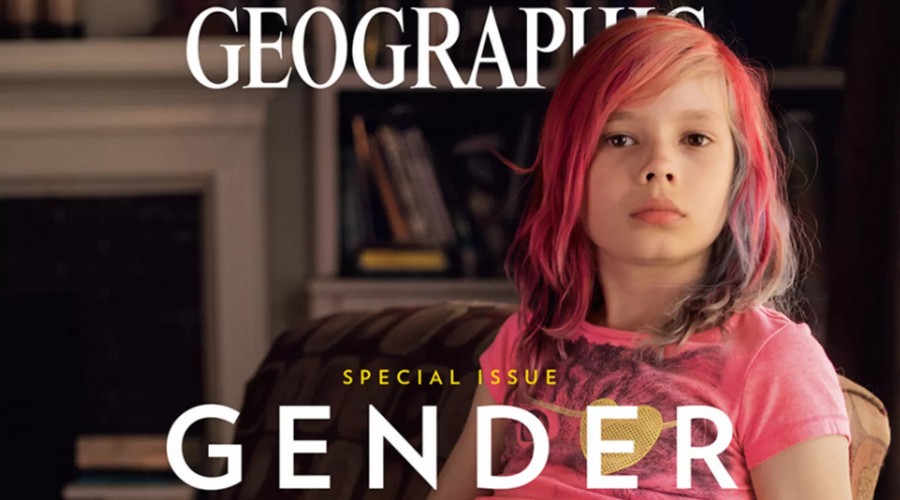 One more evidence of the attempts of western activists to erase a border between man and woman sex. Initially the “National Geographic” – represented earliest academic publication that invoked people to take care about their planet. There are over 30 language versions of the magazine.

But later, it would seem far from politics organization, has repeatedly approved itself as an instrument of political games. Now the publication has gone even further. Not so long ago in the “National Geographic” a new magazine “Gender revolution” had debuted. As they write themselves, “for the sake of enlighting the society concerning gender questions”. Why would they become “enlighting” of die-hard heads of its readers?… They invited children, youngsters to the discussion of adults’ questions, those one’s, whose mind has not yet properly formed and easily listens to alien influence. More than a hundred children and teenagers were surveyed.

Why namely the youngsters? The reason for the editor’s choice, according to them, is that children do not hide behind social curtain and say, what they think. Yes, children really say, what they think, but they, to a greater extent than grown-ups, subjected to outside propaganda and think most often, what adults have put into them. The example of it a photo history from the magazine:

“For the last several years Corey, 14 years old, has socially changed male gender on female one. But firstly it had done her mother Eric(a), who switched from female gender to male. They are moving in opposite directions, but towards their true essence”, – confirms the publishing house.

Just imagine! About what understanding of a child about his true essence we are talking about? Sure in the slightest degree rational person will understand that a boy perceived his mother (a person with obvious deviations) as a role model. He followed in the steps of her, decided to change gender. This story one more time proves that namely parents orient their children, and that the pressure to the public opinion involves uncertain youth in same-sex “experiments”.

It is becoming clear, that by means of it the “National Geographic” is trying to brainwash young people, suggesting thinking, that such kind of degradation – is supposedly normal.

If earlier such publications and other mass-media reflected the reality, then now, sadly, they rather successfully form the new reality. Exactly form! People with deviations have always been, but they tried to hide their peculiarities. Inborn homosexuality, hermaphroditism and other defects – are exceptional phenomenon, extreme conditions. In all other cases such sexual defects are the reason of mental disorder and psychiatric deviation (frequently formed under the influence of such propaganda). So, apart from the extreme conditions, there are borderline cases. For those, who supposedly can’t decide yet about her gender, a legalization of a defect can become a push to its realization…

People, who are in a state of a borderline condition (mostly youngsters), are being supported in their deviations and they are being created the image to imitation. Separate unhealthy social units are being looked for and showed as a norm, as an advantage, lobbyists detach their peculiarities as something uncommon among “ruck boring people”. This – is a part of a program of an identity loss of a human. In the given case – the sexual identity (even the term “gender” has been created with this purpose to replace the meaning “sex”). A person without sex, history, nationality is disoriented, she doesn’t know, who she is, and where she should go in this life. It is easy to manipulate such a person.

Often from the lobbyists and tolerant jackasses you can hear: “Why should you even care, what happens between two grown-up people behind closed doors of a bedroom? Are they bothering you?” Yes they are, because the doors in the given example are opened!… Wide opened for the sake of concentration of the attention of people around on a defect, to expose it as a norm. And 9-million circulation of the magazine is a proof of it.

3+
Share:
Participation in the project
Tags:
Bad Technologies
Also read:
The Film «How to Be Single» (2016): Indulgence of Sin
Brand thinking
Discreditation and devaluation of parenthood in "Disney" production
Advertising narcotic