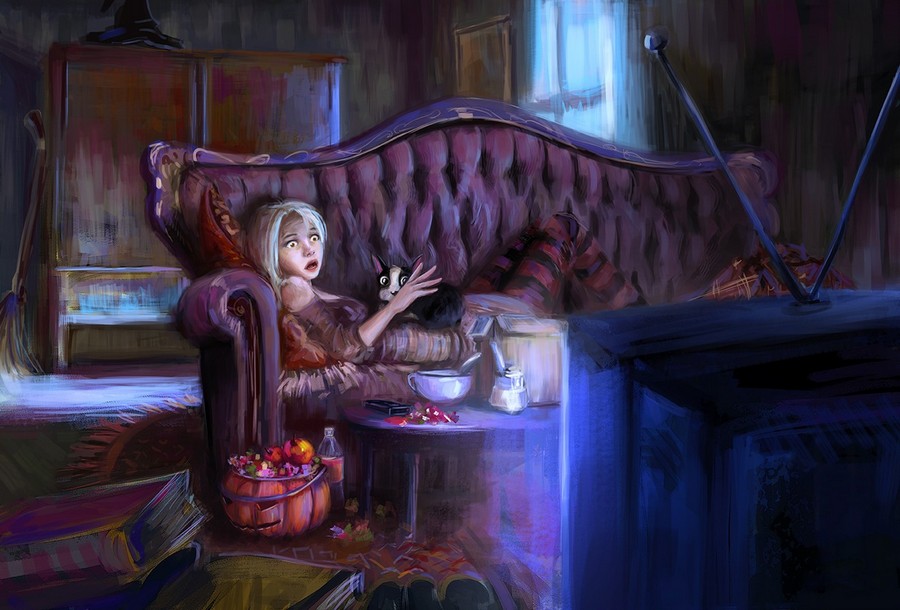 Our family is staunch opponents of spending leisure time in front of TV! We are one of those who publicly calls TV as “brainwasher”. This device is still in our apartment as monitor but not connected to cable provider. What for? After all, we have the Internet! Any movies, sport events, concert, documentary films, anything can be found on the web! No advertising or other marketing tricks! This is a conscious choice of our family. Everything our children watch goes through psychological and pedagogical filter, “family censorship,” no wonder my wife and I are teachers.

Television today is not entertainment, it does not reflect reality but forms it. Many have already realized this, so they do the same. It seems that the writers of popular teenager films and TV shows adhere to certain clichés and stick to their own standards excluding the possibility of showing true eternal values.

School – is a place that shouldn’t be mentioned in a positive way: teachers are idiots, lessons are a waste of time. No hints of exams or tests.

Friends – drinkers, law offenders, silly people with primitive humor, not interested in anything other than computer games, sex and easy money. Often betray.

Love – does not exist. Sex, flirt, short relationships are welcome. Creating a family is not planned. The wedding does not make sense, booze but nothing more (with a divorce at the end). The moment of treason is revealed in details.

And this is despite the fact that back in 2011, Vladimir Putin proposed to focus on the well-known Hays Code which was in force in Hollywood in the 1930-1960s and was the unofficial standard for U.S. cinema. Motion Picture Association of America adopted the Code and committed not to make films which are “reduce the moral guidelines of the public audience” but to show “the right ways of life” only.

“Television has done much for psychiatry by spreading information about it, as well as contributing to the need for it.” – Alfred Hitchcock once said. “Moral passion without entertainment is propaganda, and entertainment without moral passion is television.” – Rita May-Brown stated. “The writer did not disappear due to television but the reader did,” – Mikhail Zhvanetsky pointed. “In Beverly Hills… they don’t throw their garbage away. They make it into television shows.” – Woody Allen ironically joked. “Television portrays us as idiots, because we are such, or do we become them, because television depicts us?” – Boris Krieger struggled with a dilemma. 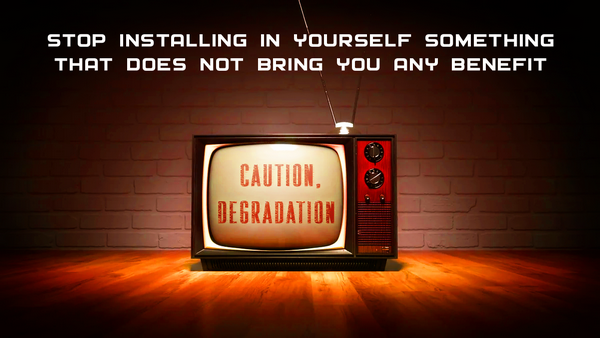 A kid who’s watching TV for the first time is mesmerized by it. And if the kid is watching TV right before going to bed it takes longer for him to relax and fall asleep. But that’s not the only thing that should concern responsible parents.

Child psychologist Elena Markova suggests analyzing some of the behavioral patterns on the example of the once popular educational TV series “Teletubbies”, created for the youngest children. The main cartoon characters are multi-colored dolls with TV screen mounted in the stomach. From the very beginning, the TV producers persistently positioned it as an educational program… Advertising claimed that the program develops the baby’s imagination, promotes motor development, contributes to the non-verbal abilities and teaches the computer skills.

But are these multicolored creations of someone’s fantasy safe? The researcher made an analogy between the model of behavior and the results of its assimilation.

Behavior model: to get what you want, you have to weep a little and clap your hands. The result of model assimilation: characterless, inability to achieve goals and overcome life difficulties.

Behavior model: before going to sleep, you have to whine, hide and shout “no, no!” The result of model assimilation: neurasthenia, sleep disorders.

Should we talk about cartoons that aren’t educational? I think we should, because some of them are literally life threatening for children. For example, the 38th episode of the popular Japanese cartoon named Cyber Soldier Porygon. This episode put 500 Japanese children aged three and over in the hospital. It caused a variety of medical problems including seizures and epilepsy. The number of victims increased after a partial replay of the cartoon in the news. This incident called as “Pokemon Shock” in the Japanese press.

Without a doubt, an adult can watch whatever he pleases as long as it doesn’t affect mental health. But who will keep children away from such cartoons if there is no one with a pedagogical or psychological education in the house, if there are no responsible parents at home who have blocked access to inappropriate content in advance? Who will help child if he remains face-to-face with a TV or computer? Maybe “0+”, “6+”, “12+” age rating? Alas, no one will help…

3+
Share:
Participation in the project
Tags:
Technologies
Also read:
Overton Window: What ideas are on the first steps of acceptance?
Movie awards as an instrument of influence on cinema tendencies
Manipulation as a control tool
Dictatorship of madness