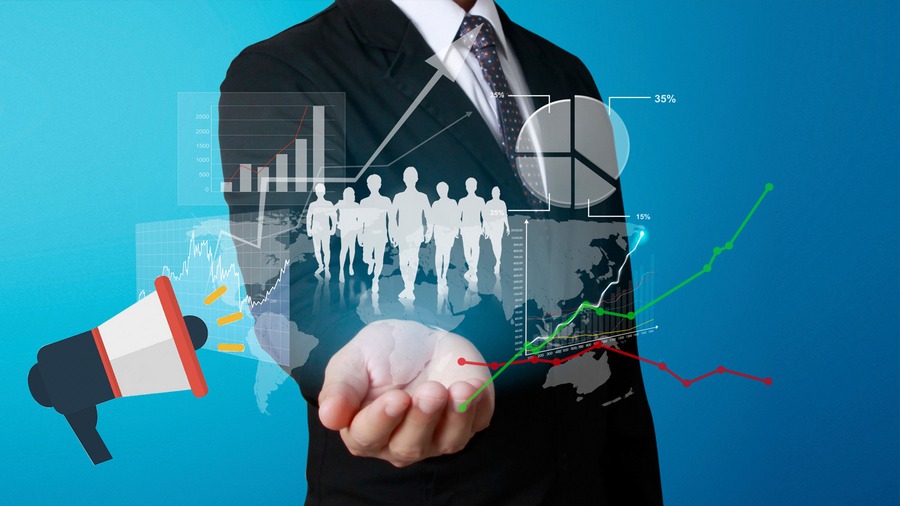 For the last decades, especially advanced companies that have large marketing budgets and opportunities that influence the promotion of goods, resort to the following model: even if there is no natural need for consumption of the product, it is artificially formed (for example, various types of influenza pandemics and vaccines, miraculously curing them) with the help of pseudo-events.

Ideas, meanings, people (the so-called “stars”) have become the same commodity and the same promotion technologies are applied to them.

On the market for new and scrapping of old ideas, technologies, meanings and people (“stars”), different worldviews, as a rule, of Russian civilization and the Anglo-Saxon world come into collision. In this battle, if one can call it that at all, there is the unrestrained activity of foreigners and the total absence of actions by Russia itself, which left the citizens alone with a very serious information machine, subordinated in one way or another to the Anglo-Saxon world.

This confrontation uses a full set of technologies and forbidden techniques, as well as overt manipulation.

It should be noted that in addition to traditional media, which can be used to promote certain points of view, it is worth paying close attention to advertising. Advertising, as a rule, remains beyond the attention of political analysts and analysts who consider it purely commercial and related to the sale of specific goods and services. But if you look at the question without traditional shores, you can see the fantastic opportunities that it provides to unofficial customers. In the first hundred advertisers either the largest world (transnational) firms with 100% foreign participation, or with a high share of their participation. A huge amount of advertising (television and radio spots, advertising in printed media and the Internet) allows to expand the range of its application, which means to reduce costs. When using co-production advertising (joint advertising with a partner), costs can be divided in a certain proportion. Indeed, direct advertising of the product can carry and product placement, organically woven into the commercial. The technology allows, if necessary, advertising could carry both 2 and 3 additional tasks, incl. and in the form of a meaningful product placement.

“Who said broths should be in cubes? The rules exist to violate them… “(Approximately 2004, advertising of broth powder, Maggi brand, Nestle is one of the largest advertisers in Russia.) The Maggi brand was one of the leading advertisers on television. or “Time to break the rules” (Burger King) and the slogan of the film “The Carrier” (Year: 2002 Country: USA, France) – “Rules are created to violate them” can be used as a direct indication of the lifting of internal human bans.

Change of life values ​​through advertising

Creative: The usual beginning of the day in a gay family

After viewing this work, it becomes clear that the Englishman is an American – a friend, a comrade and a gay. I would not like to fully experience the real New York taste of the new Heinz sauce. Especially after watching the movie Heinz “New York Flavor”. 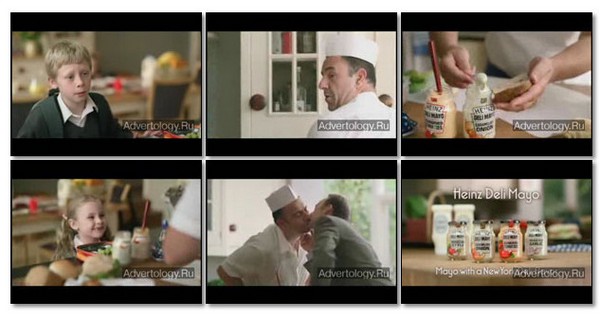 Creative: Nestle Russia launched an advertising campaign KIT KATT King Size. Slogan: “Did not have a relationship with one girl, get together with another”.

Attention to advertising from foreign countries, strategic planning bodies, and the use of these opportunities for conducting psychological and information operations are indirectly confirmed by the chairman of the board of directors of the Eurasia Marketing Communications Group (EMCG) Andrei Matusov in his interview in 2007, where he shows level of communication with the state, global capital and management of global advertising holdings, determining the goal setting and the possibility of using advertising, Internet and PR opportunities:

“… most of the global advertising market is divided between the largest holdings – Omnicom, WPP, Publicis and Interpublic, with a total capitalization of more than $ 50 billion. These holdings serve almost all of the world’s largest brands and, like them, belong to large financial structures, investment funds – Vanguard, Barclays Global Investors, AXA, Berkshire Hathaway, UBS, etc.

- You want to say that advertising holdings are engaged not so much in servicing specific clients, as in promoting the interests of entire countries?

- Let’s just say, they are actively involved in this process. This is indicated by the fact that the owners of these structures are closely connected with state institutions. For example, Mr. Philippe Leider combined the posts of the Executive Chairman of WPP, the adviser to Morgan Stanley International and the director of the analytical center Rand Corporation, which forms the scenarios for the possible development of the whole world for the Pentagon. It is the alliance of business and the state that ultimately makes the expansion of the world’s largest brands to other countries the most effective.

- This applies to consumer brands?

- A strong brand is the key that opens the doors of new markets for large foreign companies. In the US, Britain and Japan, this has long been understood. Therefore, state institutions of these countries actively participate in the formation and promotion of brands. Why spend money and energy on military operations to become a world leader when the same can be done with a detergent or soda? In Russia, unfortunately, there is as yet no clear understanding that a brand can be a powerful weapon in defending the interests not only of business, but of the state …. “ 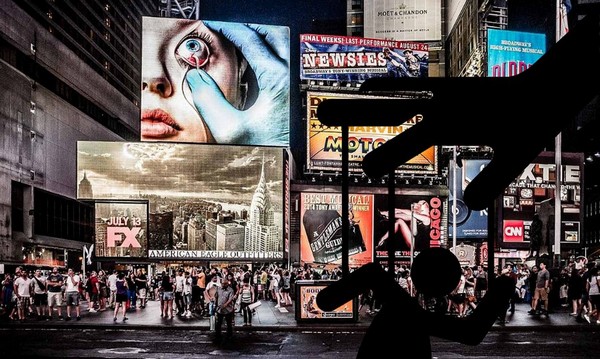 Is news in the media also advertising?

The printed media of transnational publishing houses have long introduced the practice of additional motivation to place advertising – the provision of guaranteed placement of advertising information without the mark “On Advertising Rights”. Therefore, when you read blocks of news or editorial articles, you can assume that there are materials posted on the basis of these obligations. Based on this, it can be assumed that in cooperation with transnational brands (both product and brand brands), they receive guaranteed information support in international information blocks that can not be removed or changed in any country where the magazine is published.

Examples of such people-brands are many, among them the most famous Madonna, Angelina Jolie, etc., who are then obliged to take part in the mandatory PR-actions of the customer. Examples of their involvement in international promotion programs are Madonna and her action in support of sex minorities, Pussy Riot, extremists from Greenpeace in Russia, staging anti-Christian shows; Angelina Jolie and her participation in supporting Syrian militants who commit terrorist attacks against President Assad, through a visit with a large group of journalists to terrorist camps in Turkey.

Examples of attempts to launch destructive social epidemics with the help of the so-called «stars»:

Jolie visited militant camps in Lebanon and Jordan, and also called on the world community to intervene in the conflict in Syria in 2011 and condemned the position of those states that impede the implementation of the UN Security Council resolution. Angelina Jolie – “I think Syria has reached a point where the intervention of foreign states is absolutely necessary. I firmly believe that the use of the veto for countries that have a financial interest in Syria must be called into question. In this case, this prohibition hinders the humanitarian mission of helping people in need, “the actress said during her visit to Sarajevo.

What is characteristic is that A.Jolie visited Libya in October 2011, where she praised the authorities of the rebels as a goodwill ambassador for the heroic struggle

6+
Share:
Participation in the project
Tags:
Technologies
Also read:
Regarding blurring of sexual markers in «Star Wars: The Force Awakens»
The Impact of Media Use and Screen Time on Children, Adolescents, and Families
"Drug" Corporation and its global marketing
The significance of the limits of permissible behavior in childhood