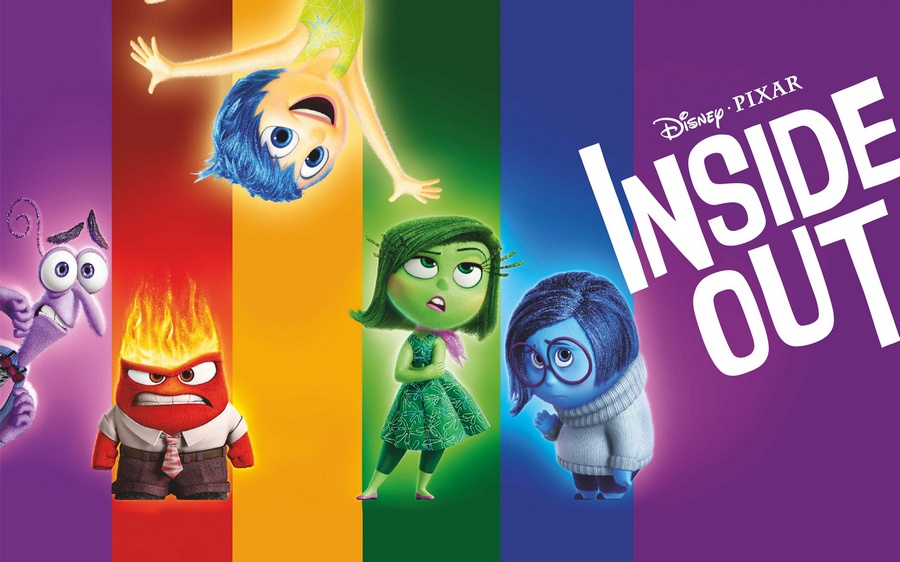 Better not to watch
Review of the cartoon Inside out (2015) of the project What is good.

The movie is meant for the children who are 6 and older. Growing up can be a bumpy road, and it’s no exception for Riley, who is uprooted from her Midwest life when her father starts a new job in San Francisco. Like all of us, Riley is guided by her emotions – Joy, Fear, Anger, Disgust and Sadness. The emotions live in Headquarters, the control center inside Riley’s mind, where they help advise her through everyday life. As Riley and her emotions struggle to adjust to a new life in San Francisco, turmoil ensues in Headquarters. Although Joy, Riley’s main and most important emotion, tries to keep things positive, the emotions conflict on how best to navigate a new city, house and school. Source.

It is interesting to watch this movie. Its plot is captivating. Once more Disney confirmed that products, it releases, are still of high quality.

However, when I mention “quality” I mean the perfomance, the general form. Alas, the content of the latest Disney movies often provides fertile ground for significant doubts. Unfortunately, Inside Out is not an exception. On one hand, the cartoon arouses positive emotions – that is fair for both children and grown-ups. On the other hand, it turns out that it conveys such ideas about human nature to children, that are absolutely wrong.

The authors tell us that a person is guided by 5 emotions: Joy, Fear, Anger, Sadness and Disgust. For some reason Disgust for people is introduced here. Therefore, a question comes to my mind: why should 6 year old children learn about disgust for people in particular?

Actually, the list of human emotions is quite a wide one, but the moviemakers reduce them to five, that are the earliest, the most primitive and show them as the main and only ones, that rule a person’s life.

Only these five emotions have access to the brain control console. Animals have absolutely the same emotions. Of course, further it is shown that as a human grows the console becomes more complicated, memories become multicoloured, whereas they used to be monochromatic. It is supposed to show that the girl’s emotional life becomes much richer. Still, cats and dogs have the same five “rulers”. Her parents are controlled by these five emotions, as well.

That is what a person’s portrait is like – no reason, no senses, no ideas take part in controlling human life. Only primitive animal emotions. 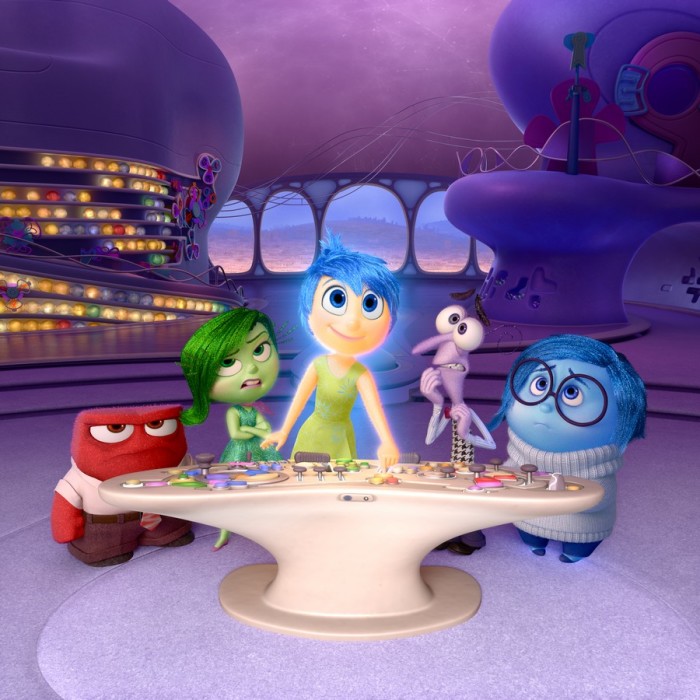 It must in fairness be said that in the movie other components of human mind are shown: Joy and Sadness, while travelling through Riley’s mental world, get into the area of imagination, into dreams, memory… It is notable that memory is shown as capsules, containing emotions.

Nevertheless, anything that is not connected with emotions is shown superficially, as something unappealing or even negative. For example, the world of Abstract Thought is a very dangerous place where emotions are not allowed to enter. There they nearly disappear – at least the creators of the movie think so. Primitive emotions, typical of animals, are transformed, perhaps. At the same time supreme emotions and feelings, conditioned by culture – ethical, moral, esthetical – are connected with abstract thoughts and even brought to being by them. Admiration for a literary composition, sense of duty, love of one’s motherland etc. are the emotions (or feelings – these notions are not distinguished strictly enough) that make difference between an animal and a man.

Such opposition of the world of emotions to the world of abstract thoughts and the idea that they cannot coexist – all this is harmful for the perception of life.

Wilhelm Dilthey – a great German philosopher – supposed that any cultural knowledge is inseparable from emotions. He said that true understanding involves both reason and emotional experience.

However, the moviemakers reject reason: in Inside Out intelligence, knowledge, thinking not only are distanced from controlling a person’s life but also are demonstrated as something inconspicuous or dangerous and destructive.

By the way, I have a question for the authors. Where is such an emotion as Interest? It is one of the primitive emotions, typical even of babies. Why do you show Disgust, but omit Interest? Interest is closely connected to intellectual development. As a man grows older, it turns into curiosity and stimulates personal growth, induces a man to get new knowledge. Why is Disgust more important?

In the movie there is one more peculiarity, worth mentioning – I mean the so-called inversion of gender roles. Nowadays, in almost every Hollywood movie, characters are pictured as playing roles and having traits, typical of the opposite sex. Girls are often demonstrated as active and fearless characters, boys as passive and fearful. Here Riley is involved into a kind of sport that is, as a rule, associated with men – she plays hockey. She skates on the ice fiercely and hits a puck with a hockey stick. At the same time, a frightened boy is sitting in the grandstand and watching passively. I have already written that such scenes are not just a tribute to fashion, they represent an explicit ideologeme, that is deliberately imposed on children (as well as on grown-ups).

As a result, we have a sweet, even kind and warm cartoon that contains weird ideas. Why do authors exclude, belittle and even discredit all the traits that help people develop and make them different from animals? That is a rhetorical question.

Violent anti-intellectualism has long become a trend in modern mass culture. This mass culture has one goal – to create a qualified consumer, who is not at any case guided by one’s own mind as a whole. A consumer must be guided only by primitive emotions. The most important thing is not to think, not to doubt.

Export of the assessment
<a href="https://what-is-good.com/tv/cartoons/cartoon-inside-out/"><img src="https://what-is-good.com/wp-content/uploads/2014/0/oc_r.png"/></a>
7+
Share:
Participation in the project
Tags:
Bad cartoons Disney
Also read:
The analysis of the cartoon «Planes: fire and rescue»
Cartoon "Moana" (2016): Another poisoned fairy-tale from "Disney"
Animated movie “Kiki’s delivery service” (1989): human kindness in the fantasy world of witches
The dark side of the anime world. What children do not speak about, and parents do not guess ab...