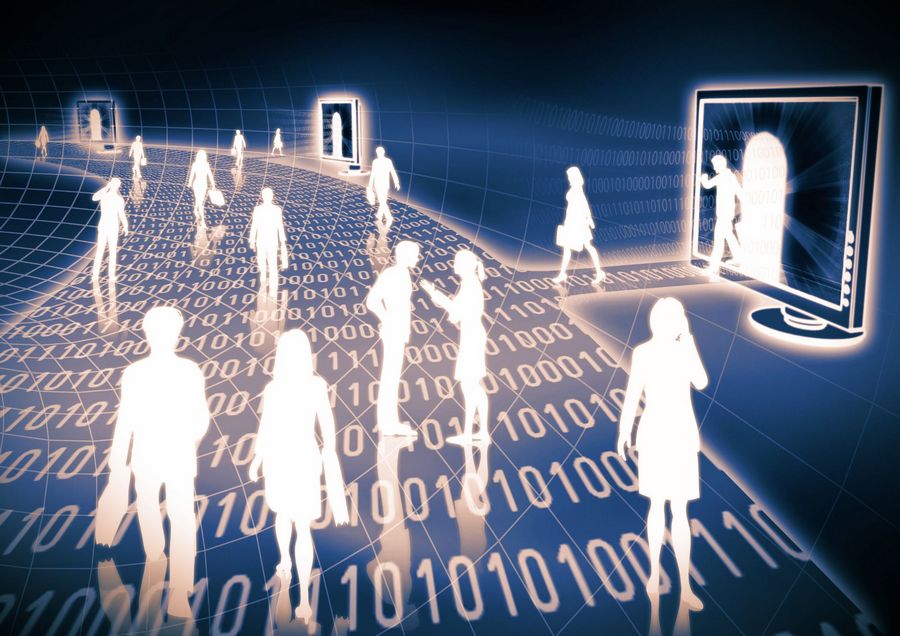 Contrary to expectations and hopes of many, moving away from TV-format itself does not serve as an index of changed society’s condition, its rather just creates the ground for further transformation of mindset of the majority of people with virtual transition from entertaining-fooling image of information consumer, imposed by the TV still, to the level of consciously building one’s informational flows, at which entertainment and idle curiosity takes a back seat.

The reason for that just that having received in one’s hands such a powerful informational resource, as Internet, and even having preferred it to the TV, a person automatically does not get the necessary set of knowledge, abilities and personal will qualities in addition, which are necessary for possessing this tool. For better understating, what I’m talking about, one needs to briefly overview, how the TV’s role has changed in the world, highlighting some relative stages.

A person under TV era

In the first decades, when the TV has only been appearing and has not yet became a social phenomenon, a gradual process of realizing its opportunities in the masses’ management happened. Practically at once these opportunities became useful for commercial interests, the dominating capitalism system promoted this. Since under capitalism one makes money mostly on people’s flaws, namely in this direction the TV has started working in so-called “developed” countries, having achieved by now pretty high results. 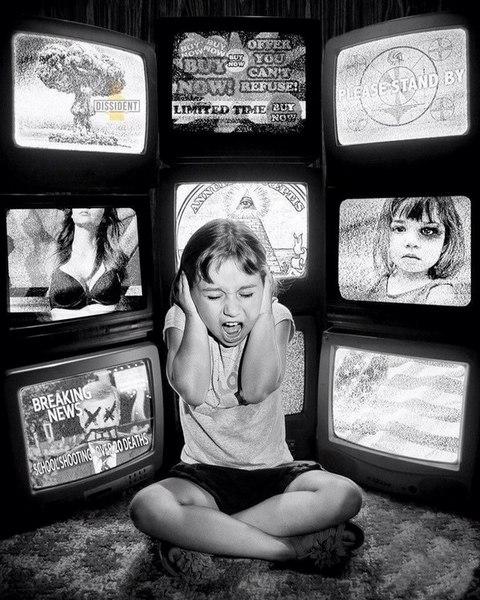 However, the main thing in this process, that on all stages of development of the TV, a common man and the mass audience in the whole appeared as a subject to management.

What was the principle? Managerial class through central mass-media and, in the first run, through the TV, has been forming an informational atmosphere, which raised people of the needed quality. Of course, a person has always had a choice, which button to press on the remote control, and which radio station to listen, but in reality this was mostly an illusion of a choice. Since the TV-channel’ work support – is extremely expensive thing, available only for a big capital or governmental institutions. And both hold to quite clear and uniform landmarks, by the reason of what TV broadcasting has always been held in certain frames. And these frames have often been a good combination to each other, forming in the mass audience quite an integral and non-controversial worldview picture, even though not truly correct, and facts or renderings, which contradicted to the dominated flow, have been at most suppressed or excluded from the agenda.

As a result of this process, a person, even staying mainly a passive consumer of the information and not thinking about its influence on her worldview, not constantly “searching for truth”, not turning on critical thinking, could feel herself quite comfortable. Thus the notorious high level of trust to the TV, which one still has to bitterly reckon with.

A person under Internet era

The Internet has not only disturbed the former principle of the information vertical, having turned each person into a small mass-media (in the majority of cases one is able to create big informational platforms in the Interned without having big money, meaning, common people have access to it), but also, the main thing, – it has given people an opportunity to real, not illusive, choice of informational flows, opened access to information, which has never been accessible to the wide audience.

Except that an opportunity presence and its realization on practice – are widely different things. As a matter of fact in order to “separate the wheat from the chaff” in the Internet, one needs to analyze all incoming information, think, reveal announced and hidden goals of different informational flows, compare to one’s former evaluations. And this process has nothing in common with simple TV watching, rather its complete antithesis, since it is not an entertainment anymore, but labor – interesting, creative, cognitive, still namely labor, prompting to involve willpower, stamina, concentration, attention and many other.

But, maybe, one can just switch from the TV to the Internet and continue living “like it was”, at that received much more opportunities? One may, but not for a long time… 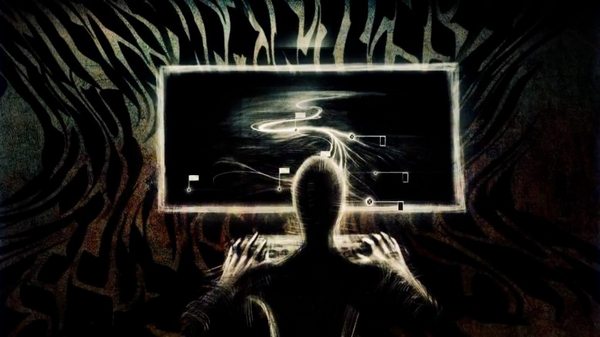 The theory of controlled chaos in the Internet

The theory of controlled chaos, about which many of you have heard, but few brought home, is being realized not only in political, but also in informational space. To be more exact, informational space and Internet, as the main component of it, serve to the main environment of this technology embodiment, which essence comes down to the fact, that isolated and, at the first glance, not connected with each other processes may possess such inner mutually reinforcing algorithmic, which statistically apparently is going to lead the majority of target audience in the set point. Such things, that from the inside seem as a set of occasional chaotic events and processes, from the outside may be an established chain of events of the set direction. And in the case with the Internet, a large part of its content work for the same goals, which TV does, only using much wider opportunities.

If modern television promotes depravity development and degradation of the mass audience at quite gradual and steady pace, the Internet, at the realization of the same “entertainment approach”, makes this substantially effective and faster. Thus, the case is not only that now one can’t still be reserved on the TV, but that one can’t be a passive informational consumer in general – neither during watching TV, nor in the Internet, nor during work with any other informational source (movies, music, newspapers and so forth). 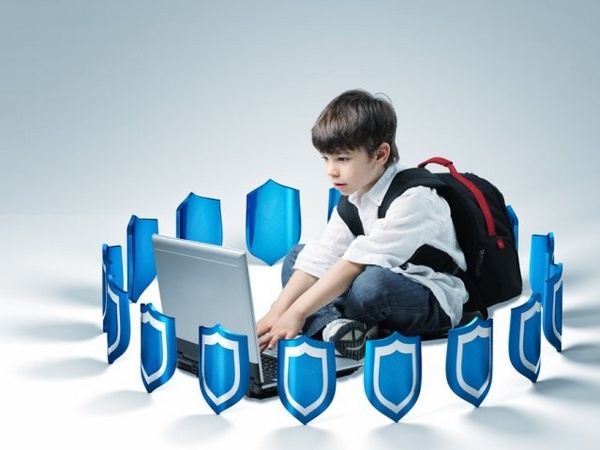 It is quite easy, by the way, to find out, whether or not the Internet promotes mostly your development or degradation – you just need to match the amount of time you spend entertaining yourself or satisfying idle curiosity (many read news or scroll news feed in social networks namely because of this goal) to the amount of time you devote to self-education or any other useful deed, demanding Internet access. This balance would be an indicator of how well you have adapted to new conditions and moving forward, or living like it was.

To conclude, I should say, that the gradual switching the society from the TV to the Internet as the main informational source, necessitates not only wide opportunities, but also huge risks. Specially, children and teenagers are subject to risk, having uncontrolled access to the Internet and yet not disposing the necessary set of knowledge, skills and personal qualities for using it for their benefit, not harmfully. It is advisable for all parents to seriously think about how they can promote the development of critical thinking and the necessary personal qualities and skills in children to make Internet a friend, not an enemy for their child.

In the majority of cases this demands, in the first place, self-improvement and demonstration a positive personal example.

8+
Share:
Participation in the project
Tags:
Technologies
Also read:
Who makes clips for pop stars?
Filter, Distort & Fabricate - How Mass Media Controls Mass Mind
The film industry as a weapon of a silent war, or a tool of national security protection?
Technology in the service of Corporations: from Google’s Design Ethicist

2 Comment to “How not to be a TV-viewer in the Internet?”