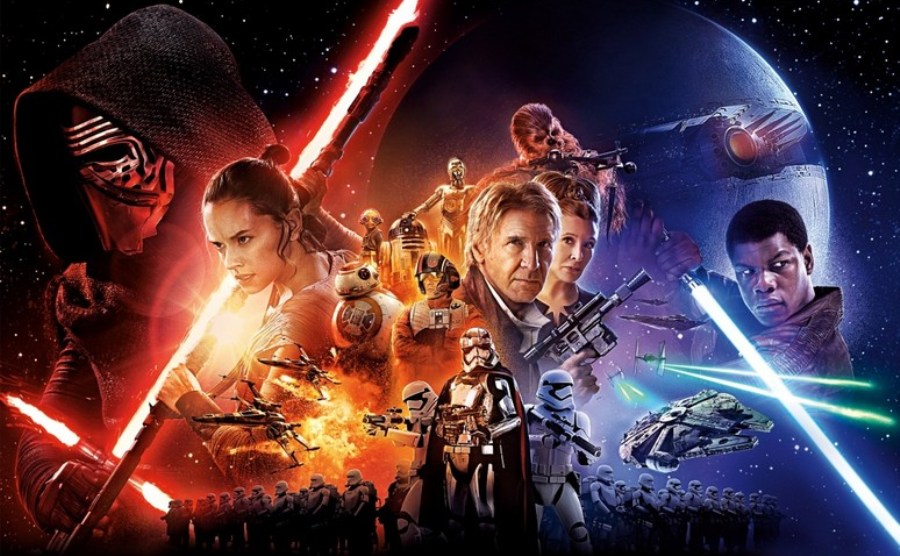 Not long ago the seventh installment of Star Wars film series came out. 34 years passed from the death of Darth Vader. A mysterious government institution called The First Order tries to seize power over the galaxy. The leader of this organization called Snoke and his right-hand man Kylo Ren. A girl called Rey, a former stormtrooper Finn, a pilot Poe Dameron stand against them this time, and all-time leaders of Resistance Leia, Han Solo and Chewbacca with their Millennium Falcon help them.

So, on the bright side we have 3 new characters: Finn, Rey and Poe Dameron. The most interesting character for us is Rey, not only because she is one of the main characters of the film, but also because this character is a girl. 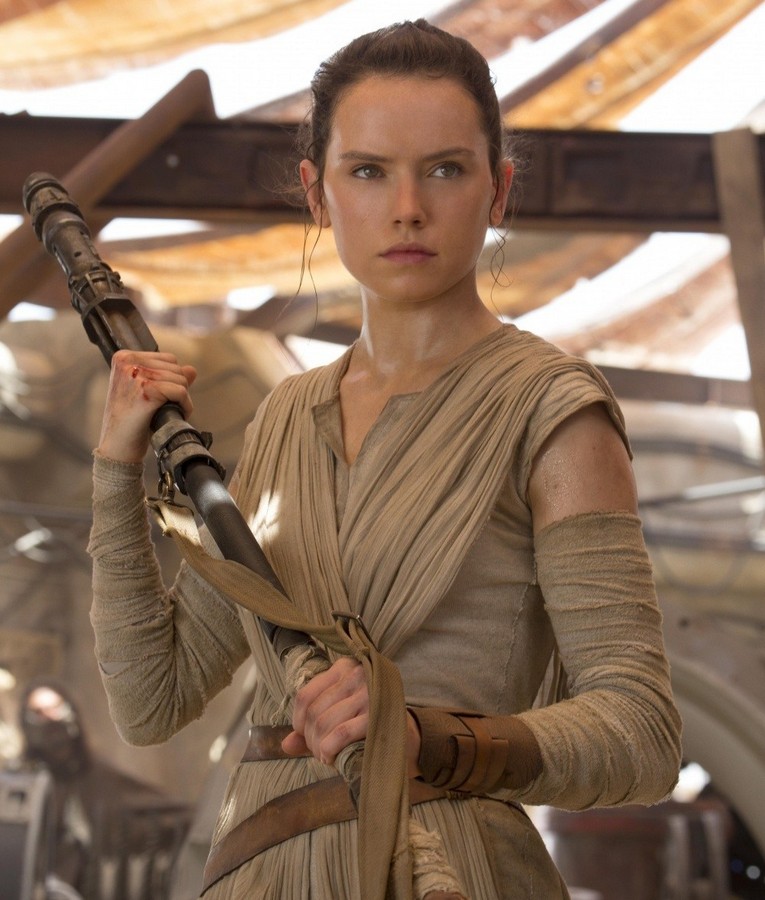 So, what image of the female protagonist Rey do we see in the film?

She is independent and self-sufficient. She provides herself with all all the things needed, she earns her living, and it is not very easy for her, considering she lives on the planet Jakku – a desert planet and site of a «starship graveyard» of ships damaged during the final battle between the Rebel Alliance and the Empire. Five-year-old Rey being left there learned to live and no rely to anyone. She scrapes a living through scavenging parts from ships and selling them on the local market, she drives a flying bike, she fights for her own interests and rights using a stick. This is the image of Rey since the first minutes of the film. Moreover, pay attention to her name that sounds more male than female, and used more among men.

She is not the weaker sex at all, she doesn’t need protection of a man, she can protect herself.

Later we find out that Rey is not just a simple girl who by chance was drawn into a galactic war. She’s got the power, she is a jedi. And the power under the influence of some circumstances starts waking up in her. Snoke and Kylo feel it. The apogee of this awaking is the final battle of Rey and Kylo. Only by chance Kylo escapes from stubborn Rey. But this scene needs some detalization and discussion regarding the blurring of sexual markers.

The thing is that before Rey takes the light saber, Finn, a former stormtrooper, fights with Kylo. He fled the First Order and helped Rey, but he doesn’t want to enter the resistance. Finn wants only to save his life, run away from the First Order to some remote planet and never be found. But circumstances change and he has to go some other way. In general Finn appears as an extremely feeble and cowardly character, always balancing between fear and duty, he is not sure what he wants, he doubts in results of any action against the First Order. Finn, unlike the rest of members of resistance, the result of the war is almost not important for him. 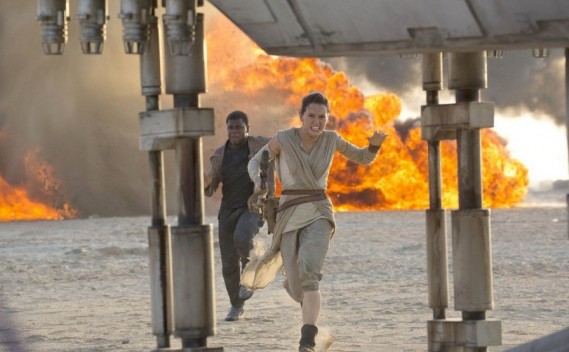 But for some reasons Finn (played by a dark-skinned actor) and Rey have mutual attraction. The couple we see is a girl is self-sufficient and independent, having a power, the main fighter against evil, and a boy, a feeble traitor wishing to escape and to save his life.

And this boy decides to make a brave deed – to protect his girl from evil Kylo. He takes a lightsaber and starts a fight with this powerful warrior. And, of course, he looses. Kylo deals a fatal blow to Finn. Later Rey starts the fight, she takes a lightsaber and wins using the power. So we see a winner-girl, who in fact wins from two men.

Such an «optimistic» image of a woman we see doesn’t show her to be a mother in future, to be a housewife. We don’t see her feminine, prehensive, flexible, tender. She will not support and help her man, she will not share her heartiness and kindness to her children. We cannot imagine the power that can turn Rey into such a mother.

So, what image of a woman is given to boys as a standard? What stereotypes of woman behavior will be in the heads of girls after watching such movies? This film is allowed for children over 12, it means many people will for sure watch it.

Such an image of a woman in western movies is not uncommon. We can see it very often in many movies, and, what is rather worse, in many children cartoons, so it is a kind of a trend.

This trend appeared not by accident, its aim is a strike to the institution of the family. The result is sexual markers blurring, when male sex is weak and cowardly, female is strong, independent and free. We have a shift of social initiative, and men and women social roles change in the modern society.

After such brainwashing women allegedly will lose the wish to have children, to become a mother, they will be more interested in career, professional growth, they will want to have expensive cars like men have, and men will be required only for sexual attraction requirements. There will be no families as well as children.

15+
Share:
Participation in the project
Tags:
Cultic movie Technologies
Also read:
«Tomorrowland»: What if we get all the way up there and there is everything?
“John Carter”: One man can make a difference
Brand thinking
The story of one tragedy on the Mount Everest in two films’ interpretation