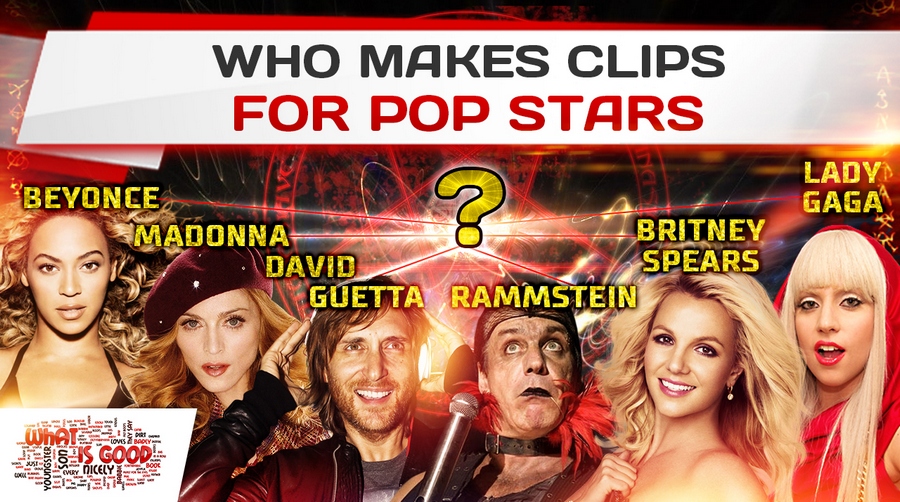 Certainly, you may noticed that the music clips of popular artists often either do not correspond to the content of the lyrics of the song, or give it completely new semantic shades, changing the initial message of the composition. As an example, we will consider the famous song of Lady Gaga “Paparazzi”. This song is about flashes of cameras, craving for the idol, and the video sequence is filled with glamorous scenes of murders. Who created this video? Isn’t Lady Gaga herself invented such a screenplay for her song with many corpses?

Looking through the history of filming this clip, you can find here such a character in a very meaningful T-shirt. What kind of person is this who allows himself to walk around in symbolism with an inverted pentagram and a horned head during his filming? This is one of the most popular directors of music clips – Jonas Akerlund. He creates a video for such stars like Madonna, Beyonce, Britney Spears, Rammstein, Pink, David Guetta and many others.

Almost everyone is familiar with the creativity of Jonas. After all, his videos are gaining hundreds of millions of views on the Internet, and they are regularly shown on television. For example, everyone knows the clip of the Cardigans “My Favorite Game” which lyrics is about unlucky relationships, and the video is about spectacular suicide.

Information about Jonas Akerlund is not so much, but it is very revealing. He was born in Sweden. He began his career at the age of 18 as a drummer in the Swedish music band Bathory. The group was named in honor of the Hungarian Countess Elizabeth Bathory, who is listed in the Guinness Book of Records as the woman who committed the largest number of murders.

Wikipedia openly states that the lyrical component of the early compositions of the Bathory group was dedicated to militant Satanism. Those who want to know what is hidden behind this expression can read the lyrics on the Internet, but it is not recommended. That is, back in the 1980s, Jonas Akerlund was already promoting the ideology of Satanism in the youth environment along with other musicians. If we go to the official site of the group, we will meet there the logo of the church of Satan. 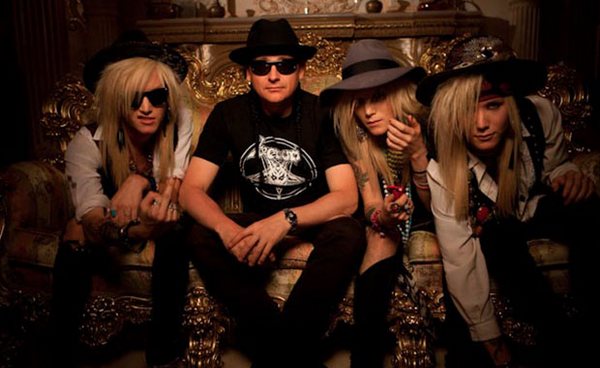 But since Jonas’ participation in Bathory has passed more than 30 years, he could completely change his views during this time. So let us go to Akerlund’s official website, because, at least, customers regularly look at his page.

The site is made in the Gothic style and is very modest, but the portfolio looks impressive. As we said, Rihanna, Madonna, The Rolling Stones, Metallica, and even Pussy Riot for the song entitled “Make America Great Again”, order their clips from Jonas. Well, let’s leave Jonas’s merits aside, and pay attention to the symbolism.

First, the cursor on the site turns into a pentagram, then into a figure depicting a devil with a tail, horns and wings. On the left, we can see the logo of Jonas, on which, besides the director’s name, there are 5 pentagrams, at the bottom there is an inverted cross, and someone with horns and wings at the top. If we try to watch some video on the site of Jonas, we can meet here such a horned head. By the way, let’s see his latest video, in which Jonas is just talking about himself and his work.

If someone thinks that all this symbolism does not make any sense, then you are deeply mistaken. For example, What is good project logo is a cloud of words, made from Mayakovsky’s poem “What is good and what is bad”, and carries the meanings embedded in this work. The Akerlund logo with pentagrams, the inverted cross, horns and wings informs the visitor of the site that its owner, adheres to the ideology of Satanism, and from that Jonas started his career as a member of the Bathory group. It means that Jonas puts this ideology into his works.

Now imagine the whole picture. Fashion trade brands and stars, which positioning themselves relatively neutral and apolitical order their clips from a man who does not hide the fact that he adheres to radical Satanism. He is allowed to create the video sequence that he thinks fit and his clip can even completely change the meaning of the composition. 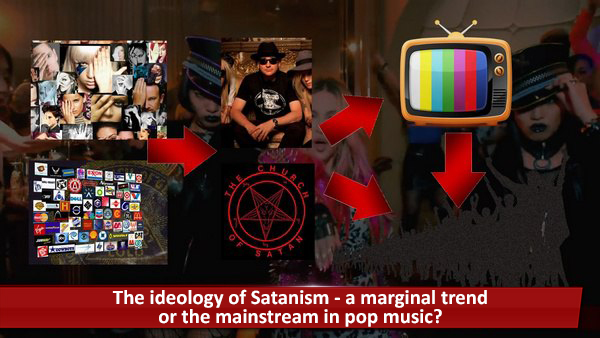 Thanks to the popularity of pop stars and the fact that the clips are mostly filmed for songs that have already won the recognition of listeners, the creations of the outspoken Satanist Jonas Akerlund receive a huge audience, hundreds of millions of people watch his videos and they are played around the world. Naturally, these videos, like any work, reflect the worldview and are filled with the meanings of the person who created them. In the case of Jonas Akerlund, it is always vulgarity, perversion, images of death, money, drugs and so on.

Outspoken satanists get access to a multi-million audience around the world, filling the air and people’s lives with destructive images of their degrading creativity through such a simple scheme that can only work with the support of the pop stars, their producers and most importantly the owners of the media. In fact, we are talking about the work of a single coherent mechanism for corrupting and stupifying the population.

8+
Share:
Participation in the project
Tags:
Bad music Technologies
Also read:
Results of the study: Superheroes teach children of aggression and violence
Discreditation and devaluation of parenthood in "Disney" production
Alcohol in cinematograph, not because it is presented in life
Dictatorship of madness