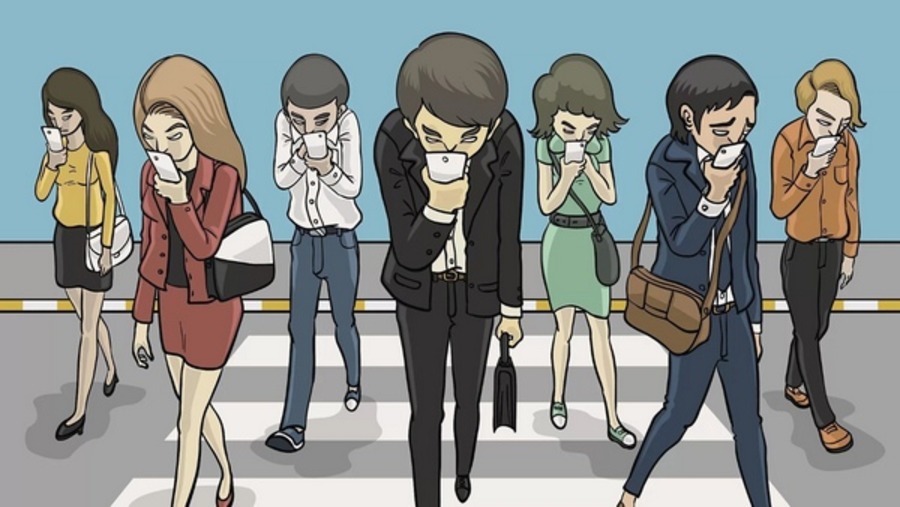 Published in summer of 2019, the book by Michelle Demurger, Doctor of Neuropsychology, ” Factory of Screen Idiots ” became a bestseller in France and a reference book for parents of primary school children. The book about the impact of new technologies on the development of the younger generation turned out to be quite frightening.

The author of the book starts with a simple fact: for the past two decades, the intelligence quotient (IQ) of young people has not ceased to fall, while over all the years of the twentieth century that have passed since the emergence of this concept, IQ has steadily increased. The decline in intelligence is shown by many researches being conducted in Western countries. In Finland and Norway, for example, the determination of the IQ coefficient is mandatory for young people when being admitted to the army, that is, the test is carried out massively.

And if earlier it was believed that scientific progress should be accompanied by a development of human intelligence – this is facilitated by achievement of better living standards, an improvement of the educational level – now this is no longer an indisputable truth. Since the 2000s, the average IQ of young people in developed countries has been gradually decreasing. France is no exception: from 1999 to 2009, the average French IQ fell by 3.8 points.

Scientists have asked the question: what is the reason for the decline in the mental abilities of young people? Usually, several factors are cited in response. Firstly, the environmental factor is mentioned. Many studies show the negative effects of polluted air and food on development of child’s brain.

There are numerous medical studies proving the harmful effects on the child’s brain of heavy metals (lead and mercury) contained in the atmosphere or endocrine disruptors (pesticides, polymers) used in agriculture and household chemicals.

The Empire of entertainment

A factor that has been more and more talked about lately is the effect of all kinds of “screens” on the developing brain of a child. Screens are understood as both a TV (while watching it the child remains passive) and all sorts of gadgets: game consoles, smartphones and tablets.

Michelle Demurger, PhD in neuropsychology, listed the negative effects of long-term use of screens by children. This is a speech retardation by the youngest, problems with motor skills, memory impairment, poor concentration, sleep disturbance, decreased creativity of thinking and various emotional disorders (depression, aggressiveness and tendency to addictions).

As Michelle Demurger explains, the study of this problem began a long time ago, long before the smartphones and tablets were invented. The first studies focused on the time children spend watching TV. Then scientists took up the problem of the distribution of computer games. And according to Michelle Demurger, every time the researchers came to the same results: the more time the child spent in front of the screen, the more pronounced the above negative consequences became. 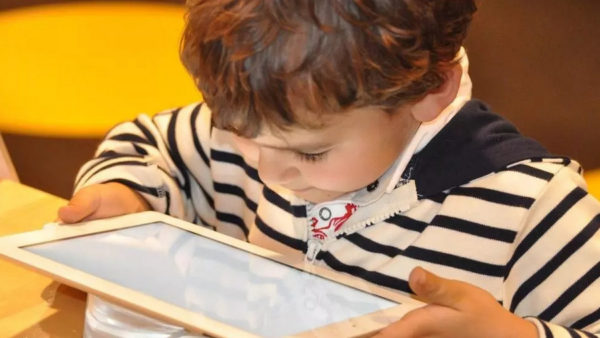 In his book “Factory of Screen Idiots,” the French neuropsychologist explained a well-known fact: the constant use of screens leads to a decrease in IQ by children. The younger the child is, the stronger the negative consequences are, he said in an interview with Le Quotidien.

“All this depends on age. Until six years, there are no positive effects from the use of screens. There are many studies that show that children under six years who use screens for 10-15 minutes a day are already experiencing negative consequences affecting their development. The sooner children gain access to screens, the more addicted they get later. None of the studies show a positive effect of the use of screens by children under six years, any of them notes only negative ones. “

As Michelle Demurger notes, speech and mental abilities are developed by children in the process of live communication:

“Of course, you need to live moving with the times, but our brain is not adapted to this, it was formed in the era of the Neanderthal. How it works: if you give me information directly, my brain responds, its neurons start to work. If I receive information from the screen, then the neurons will not respond – or they will, but much less. If you tell a small child the name of a color, for example, “green”, three times in a row, he will learn this word. If he hears the same word from the screen, then, according to various studies, the child needs twenty to sixty times to learn a new word for him.

In other words, our brain is designed in such a way that it needs to communicate with people. Evolution has made him that way. It is vital for babies to communicate with real people. At a later age this is also important. In real communication, the brain processes the information differently than when it receives it from the screen. The development of the language skills occurs during the conversation. When all the screens in the house are turned off, the child hears about a thousand words per hour. And if the child sits in front of the screen, then you speak to him about 100-150 words per hour. At the same time, it has been proven that cognitive development depends on the number of words “being received”, especially at an early age. ”

At a later age, constant use of screens leads to a decrease in the student’s school achievements. In addition to the effect on IQ, another problem arises: sitting in front of screens, children move little, which leads to obesity.

“A child’s brain needs quietness to develop properly. Under constant noise hyperactivity, sleep disorder and poor attention span emerge. In addition, the use of tablets and smartphones suppotrs addictive behavior – that is, it habituates us to a culture of constant entertainment: when playing computer games, the system of compensation and pleasure is constantly activated in the brain, without it the child can no longer make mental efforts, ”explains Michelle Demurger.

In connection with the impending danger of “total stupidity of the future generation”, Michelle Demurge advises not to let children under six get access to smartphones and tablets at all. Novice schoolchildren, in his opinion, are allowed to use these gadgets for up to half an hour a day, and older children – not more than an hour a day. At the same time, in France there are statistics according to which teenagers spend up to seven hours a day in front of screens.

1+
Share:
Participation in the project
Tags:
Also read:
Survey: In American computer games Russians are worse than terrorists and monsters
About the new enemy’s image in Hollywood’s cinematograph
Dictatorship of madness
What is the purpose of the superhero cult being imposed on people's minds?