Nowadays there are two approaches to cinema in society: some people watch films just to have fun. Other people understand that cinema is primarily a tool for managing the masses, and therefore they try not to immerse themselves too much in the world of dreams and fantasies, but to approach viewing movies critically, to reveal the meanings inherent in a work, analyse them and assess them. This article is written for the second category of moviegoers who are accustomed to thinking, not just “chewing popcorn” in front of a screen.

Recently the practice of revealing hidden meanings in movies has become widespread on the Internet, especially in the blogosphere. Most of the articles and videos on this topic are structured according to the following principle:

With the professional approach such reviews often attract quite wide attention of users, since they are surrounded by a halo of a certain “secret”, which an author reveals in the material. 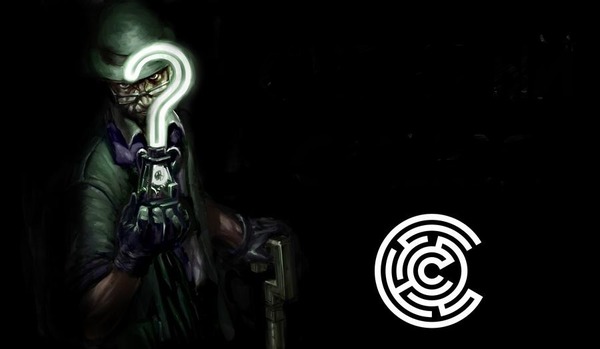 In this regard, a number of questions arise: Can movies really contain hidden meanings and should they be revealed? Is the revelation of a hidden meaning analogous to assess to a movie impact on society? How reliable is analytics in the blogosphere in revealing hidden meanings?

The main criterion for evaluating a movie

In order to answer these questions firstly let’s think about what a main criterion for judging a movie from a good / bad position is. So before we start praising or scolding a watched movie, what should we evaluate – was it interesting to watch a movie? Did it evoke vivid emotions in us? Did actors play well? Is there a happy ending in a movie? Or something different?

In fact, in order to evaluate a movie aimed at a mass audience, you need to analyse its content and make a prediction about the consequences of its distribution in society – whether it will bring more harm or benefit to those people who watch it. And depending on the results of this forecast, you can give a movie one or another assessment from the position of “good / bad”.

For example, if watching a movie by millions of viewers will help them identify and solve a particular social problem, become better intellectually and morally, inspire them to creative actions, self-development, care for others, help the society as a whole to avoid some kind of catastrophe, and so on – we can call this movie “good” in the full sense.

If a movie “teaches the wrong” to a greater extent – it promotes consumerism and selfishness, forms depressive moods in the audience, popularises various deviations and vices, distorts historical events, and so on, then such a movie should be assessed as “bad”, because its influence on most viewers and society in general will be destructive.

At the same time, the process of predicting the results of movie distribution is associated not only with the assessment of its ideological content, but also with the form in which it is presented. Because actual and useful meanings and models of behaviour, presented in an “inedible form,” will only cause viewers’ rejection. The converse statement is also appropriate – no matter how beautiful the wrapper is, if the content is destructive, then a movie should also be considered harmful, no matter how many Oscars it was awarded for musical design or scenery. 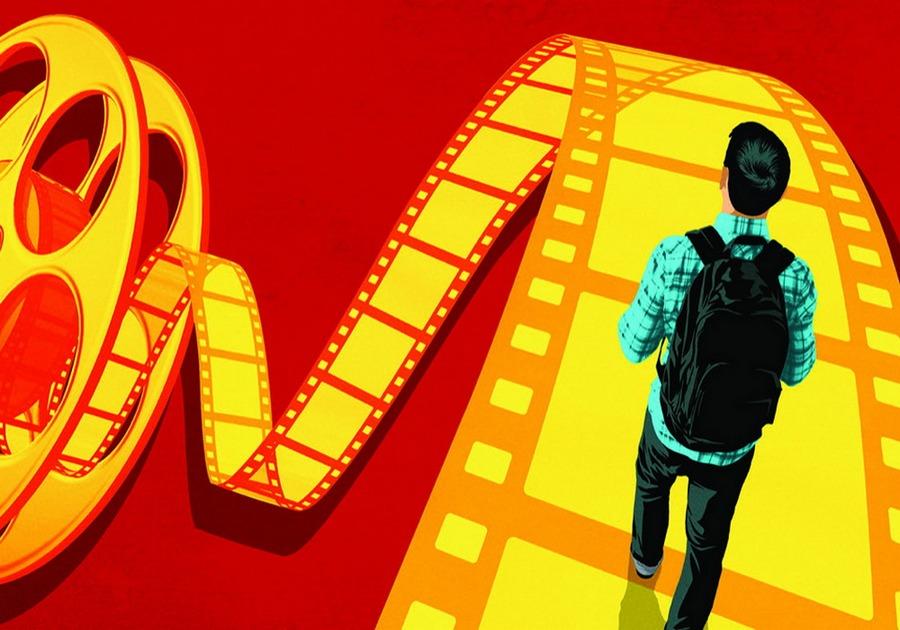 Now let’s figure out how all of the above relates to the topic of hidden meanings.

Let’s start with the fact that many modern movies reflect this or that political, historical or ideological context – remember at least the form in which Russia and Russians are usually portrayed in Hollywood products. You can often find the so-called “product placement” – that is advertising of products of large brands built into the plot. In a way, all this can also be called “hidden meaning”, because not all viewers can reveal this layer of information.

Is this information significant for determination of the impact of a movie on society? In most cases, yes, so it is useful for a person expressing this or that opinion about a movie to know about the existence of all these aspects and take them into account in his or her assessments.

Moving on. Can authors of movies – screenwriters or directors – deliberately put some hidden meanings in their works that will be understandable only to people who know certain symbols, or who are ready to immerse themselves in the study of the work in great detail?

Since the form of allegory has always been present in many directions of creativity, it is logical to assume that it is also represented in cinematography to one degree or another. Moreover, the hidden meanings can be different:

The first two categories of “hidden meanings” in most cases are laid down by the authors deliberately and affect limited groups of people. The third category in the aspect of influencing a wide audience has a greater potential for impact, but it can appear in a film both purposefully and unplanned – due to the fact that the creator does not always consciously express certain meanings in his works, often simply broadcasting much of that which is already present in the culture, but is not realised by him or her. This is especially true for collective creativity, in which the final product integrates the thoughts and desires of many people, while acquiring its own unique form and content. 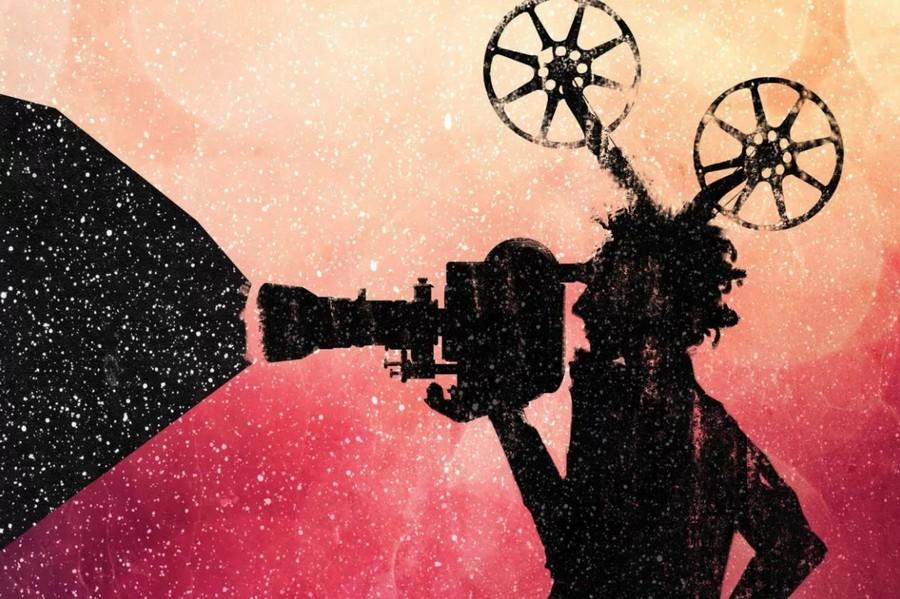 No, it’s not. Analysing implicit meanings is only part of the broader process of assessing the impact of a work.

Firstly, because no matter how interesting and important the revealed hidden meanings are, the educational component of a movie and the behavioural models encouraged by the plot always play a significant role in the aspect of influence on society. And it is incorrect to draw conclusions about the influence of a movie without analysing this side of a work. For example, many people enthusiastically accepted the movie “Joker”, seeing in it a social protest against the “capitalist system.” But if you evaluate the educational and moral component of “Joker” and answer the question what this movie teaches, what example of behaviour it encourages – all enthusiasm quickly disappears.

Secondly, the identification of hidden meanings often very much depends on the worldview of a person who conducts such analytics – and therefore is more subjective in nature. One person recognises one hidden meaning, another – some other hidden meaning. And most of the society will either not notice anything at all when watching, or subconsciously perceive some third algorithm (of course, exceptions are possible when the author was able to correctly recognise the hidden component that strongly affects the audience – honour and praise to such authors).

For this reason, the revelation of hidden meanings in assessing films should be considered more as one of the additional elements of assessing the impact of a work, and it is worth addressing this topic only when there is confidence that the revealed hidden meaning has been interpreted correctly and really is of great importance.

It is also important to understand that the degree of influence of “hidden meanings” on society can be different – from negligible (just because these meanings will be understood or unconsciously learned by a few), and to very large – which is not often and refers rather to unique films , which have become cult – for example, the science fiction “The Matrix”.

Summing up, it should be said that you should not get carried away with hidden meanings in the field of cinema. You need to know about their existence; be interested in the topic to the extent that it is useful in your work; share guesses about encrypted messages and hidden meanings, when, in your opinion, it will benefit others – but at the same time, you must always remember that the assessment of a movie should be based on a holistic analysis of the work and identification of all the main aspects of its impact on an individual viewer and society as a whole …

1+
Share:
Participation in the project
Tags:
Also read:
Raise your managerial literacy. Management methods: structural and non-structural
About the new enemy’s image in Hollywood’s cinematograph
Linguistic weapon: “sexism”, “tolerance”, “gender”
What is the purpose of the superhero cult being imposed on people's minds?