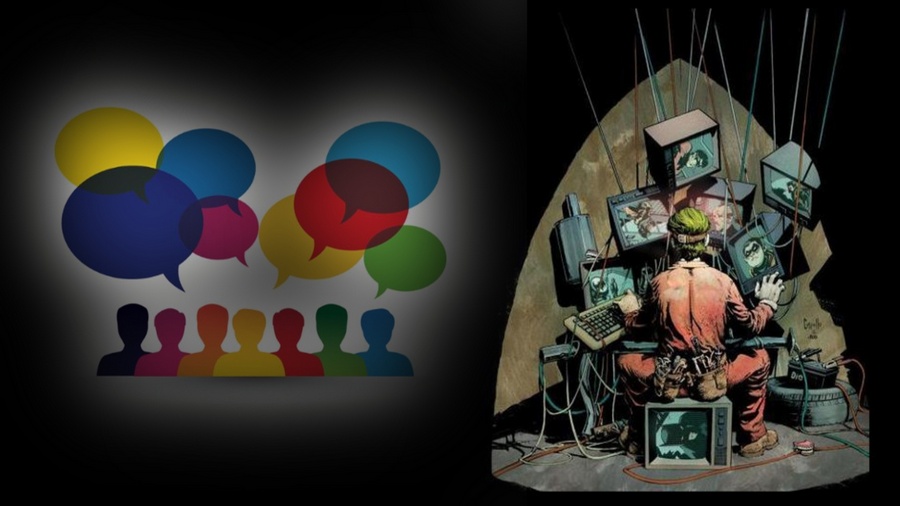 Сentral mass media as one of the most powerful tools of state-level structureless control of social processes can be oriented around two directions:

– either to strive to provide an audience with the most objective and relevant information, both necessary for life and broadening your horizons and raising the moral level of the society;

– or to create such informational background that will contribute to degradation of information consumers as well as to create a favorable background for all sorts of deception and manipulations in various spheres of public life.

In the second case managerial essence of the media is hidden as much as possible and is replaced by false tasks of self-financing, pursuit of ratings, mandatory pluralism, and so on.

We offer you to learn about main methods of forming a mass audience’s chaotic (kaleidoscopic) world view and long-standing information myths, the dominance of which in the information field ensures the use of central mass media mainly in the second scenario.

The myth of neutrality.

The manipulation should be invisible in order to achieve the greatest success. This requires a false reality where its presence will not be felt. It is important that people believe in neutrality of the main societal institutes:

All these myths are designed to convince the population that there are no private views which can have a dominant influence on decision-making processes in the country.

The myth about mass media pluralism

The illusion of information choice is based on the fact that people are ready to take the abundance of mass media as a content variety. The information monopolies offer just one version of the reality – their own. But when similar opinions appear in different sources, it seems that information is uncontrolled, free and natural. Indeed, a choice is impossible without a variety, but if there are no objects to choose, than the choice is either meaningless or manipulative (when the illusion that it makes sense is created). We waste our freedom of choice on a lot of meaningless decisions (what kind of TV show to watch or which washing powder to buy – but all of them are very similar), but really important things remain hidden from our attention.

The myth about social conflicts absence

Manipulators deny the existence of social conflicts drawing a picture of the life inside the country. All attention is drawn to other problems: an intention to rise above the middle class, an image of external enemy, etc. Those movies, TV shows, books and mass spectacles (Disneyland) are the most successful and relevant to mass media that offer a significant portion of violence but do not concern social conflicts. Genuine and reality-admitting works are lost in a flow of stampings.

The myth about individualism and personal choice

Choice and freedom are shown as something desired and purely personal, individual rights are put higher then group ones, striving to material wealth of individual family is encouraged. Solely egocentric world view is oriented to while environmental problems and social divisions are ignored; all attention is drawn to the increase in the rate of production and consumption. Private property in all spheres of life is considered as the norm: no one is surprised by the fact that the sphere of health care, education system, cultural institutions are commercial and oriented primarily to profit making, not to the benefit of all society.

The myth about unchangeable human nature

There are promoted theories showing primordially aggressive side of human behavior and invariability of human nature. They claim that existing conflicts are inherent in people but are not imposed by social conditions. A “scientific”approach that measures vicious sides of a society is popular, but important social parameters are ignored. Our attention is switched to the physical side of our lives: living conditions, fashion, technicals innovations, possibility of sex change, etc. If information about favorable changes, possibility ways out of the crisis suddenly appears, then they are criticized or mocked, people are quickly showed how to “properly” interpret such information.

Myths are created in order to keep people under control. When they manage to imperceptibly introduce myths into masses’ consciousness, they (myths) get enormous power as most people do not suspect the manipulation.

Fragmentation as a form of communication

In order to effectively and imperceptibly introduce myths a special method for information distribution is used that can be called fragmentation. Radio and TV news are fragmented into a lot of reports that are not related to each other; newspaper and magazine articles are divided by advertising pages.  With similar indifference advertising interferes in all informational and entertaining programs, no matter what they are about, turning social phenomena into meaningless incidents. The already low people’s capacity for critical analysis of information turns off completely. Common characteristic of most central mass media is heterogeneity of given material and denial of relation between events. 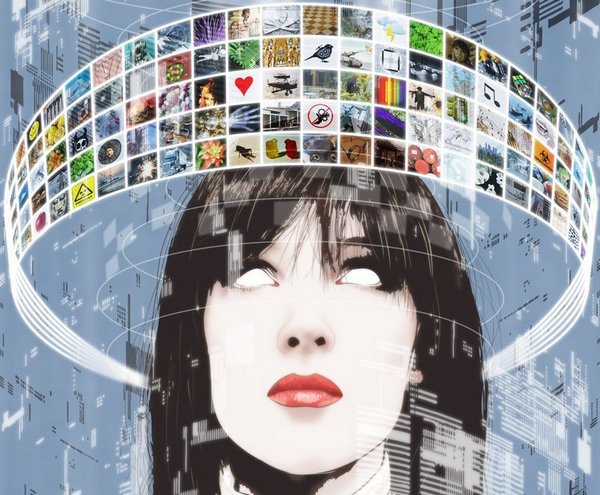 Even children’s programs are designed according to the similar commercial model and are interfered by advertising blocks. It is explained by the fact that children can not focus their attention on something for a long time and need to have a rest. But on practice gradual increase of time when children focus their attention on one thing is a factor of mental abilities development. Debatable programs reduce the significance of a subject of discussion and with the help of fragmentation they switch attention to separate points of views and insignificant details missing the point. Even if somebody talks about something sensible, it will be lost in a following flow of advertising, gossips, intimate scenes, flat humor. The candor of information presentation and a flow of a variety of criticism create the illusion of  freedom of opinion and access to information.

The method of fragmentation is used not only in mass media. Most part of cultural and educational system implements dispersion, specialization and microscopic separation. Subjects and disciplines are randomly and forcibly divided into narrower ones, interdisciplinary relation is denied: “Economics is for economists, Politics is for scientists studying political sciences”. Although in fact all these spheres can not be separated from each other, in scientific terms this relation is ignored. As a result the society is full of specialists that are well aware of their narrow specialization but do not have knowledge to cover entirely global processes. Flows of unrelated information cause information overloads while the quantity of significant information does not increase. Fragmentary data are offered as reliable “information” that leads to misunderstanding in the result and then to apathy and indifference.

Immediate transfer of information is related not only to the method of fragmentation but it is a necessary element of its implementation. Speed of information transfer is not always an advantage. The based-on-competition system has converted information into consumer good as other things. The advantage is to get and quickly sell such perishable good as news. When crises arise an unreasonable atmosphere of hysteria is created. Informational express reports and reportages from the place of an event create a sense of extreme importance that dissipates just as quickly.

Constantly alternating reports about catastrophes, military actions, strikes and natural disasters prevent us from distinguishing the information in order of importance and do not leave us time for an analysis and  balanced judgments. All attention is drawn to the events that happen and a necessary relation with the past is being ruined. At the same time we do not talk about technical capabilities of quick information transfer that can be a positive factor but about the method of manipulation when all these capabilities are used for dispersion and lack of sense. We just do not have time to think about happening events.

The main purpose of mass media manipulatory scenario is passivity of a society.

The successful use of manipulation inevitably leads to passivity of an individual, to the state of inactivity that prevents actions. Both content (myths) and methods of information presentation have a numb effect.

Such impact reminds a lullaby, it does not annoy you, does not force you to react, free you from the necessity to be somehow active. All means are good: radio, television, cinema, massive spectacles, all kinds of shows.  Yes, sometimes you can find programs or movies that awaken your consciousness and draw your attention to problems of extreme importance. But there are very few of them because the purpose of manipulators is not to induce but to put to sleep concern about economic and social reality. All events are covered in a way as if people have nothing to do with them and cannot change anything, they just should keep up with all sorts of events. The distinction between news about real events and fictional plots of movies is blurred; for a passive viewer there is no difference.

1) The primary task is to comprehend managerial functions of informational means in all respects; to develop analytical and critical capabilities of a wide audience, to develop a capability to identify public and non-public goals of mass media, to assess the influence in complex.

2) A creative approach as a means to awaken consciousness; transition from consuming to creating; creating and distributing of informational content motivating to develop in ideological and moral way.

The article is based on Herbert Shiller’s book The Mind Managers. The book is re-comprehended a little bit as 30 years ago there were no such phenomena and things as we have today. But prerequisites had already appeared at that time.

1+
Share:
Participation in the project
Tags:
Also read:
Cinematography as information weapon
Movie awards as an instrument of influence on cinema tendencies
What happens, when we watch a movie, listen to a song?
About "psychiologists" and the keys to films