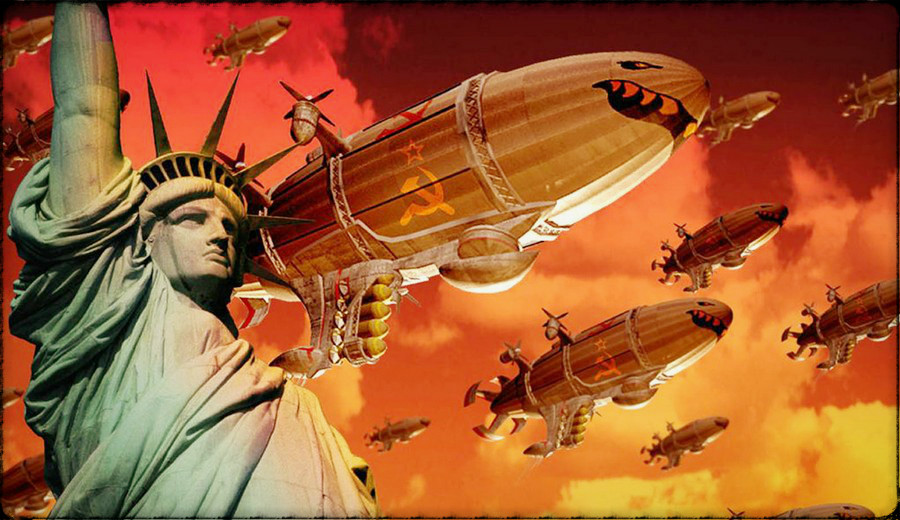 Teachers from Cardiff and Glasgow universities Brandon Valeriano and Philip Habel decided to explore how video games affect the worldview of Americans.

Since both of them in their educational institutions focus on the issues of linking mass culture with public opinion, the theme of video games (as entertainment) fell into their field of vision not accidentally. It is much less researched than the products of Hollywood – it is proved that the cinema can direct public opinion in the right direction and generate behavioral stereotypes.

“Knowing how digital games affect public opinion, public policy or political culture is limited. Nevertheless, 40% of American adults use game consoles; And many play on mobile phones. Most of the players are women. Digital games now receive more revenue per year than cash films, “write the study authors in an article published by The Washington Post.

Interest in the study was the question of what image of the enemy video games that model violence are formed by Americans. Accordingly, games were studied where “bad guys” posed a threat to “a good hero” whose task was to destroy the enemy (weapon).

For the survey were selected 57 of the most popular games released in the period from 2001 to 2013, sales of which exceeded 1.5 million copies.

“We grouped the enemies into several categories: the mutants Generic Human; Extraneous objects; Monsters, including zombies; Terrorists from the Middle East or from Latin America; Russian; Enemies of the Second World War and other sources of tension, including North Korea, “write Brandon Valeriano and Philip Habel. 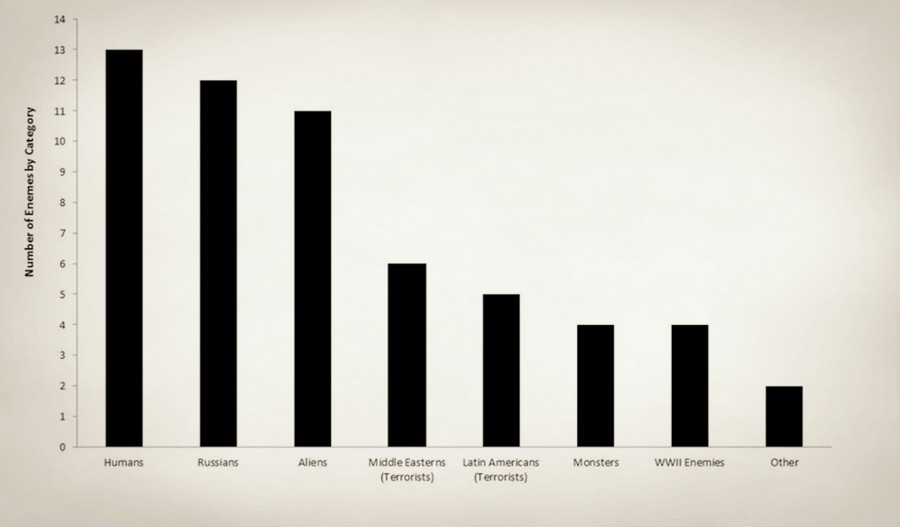 The results of the study were unexpected. Worse than the Russian enemies for American gamers are only mutants Generic Human. The Russians were enemies in 21% of games. Smaller enemies appear in games aliens and terrorists, not to mention monsters and other fiancés of virtual hell.

Video games impose at least 40% of Americans on Russia, because “bad guy Ivan” meets as an enemy to gamers much more often than an enemy in the image of a fighter of a terrorist group or zombies.

“We think that this is an interesting discovery, given the deterioration of relations between Russia and the West,” the authors of the survey believe. They are convinced that imaginary enemies play an important role “in determining our individual or collective threats”.

3+
Share:
Participation in the project
Tags:
Technologies
Also read:
What happens, when we watch a movie, listen to a song?
The Impact of Media Use and Screen Time on Children, Adolescents, and Families
Alcohol in cinematograph, not because it is presented in life
The modification of values using advertising