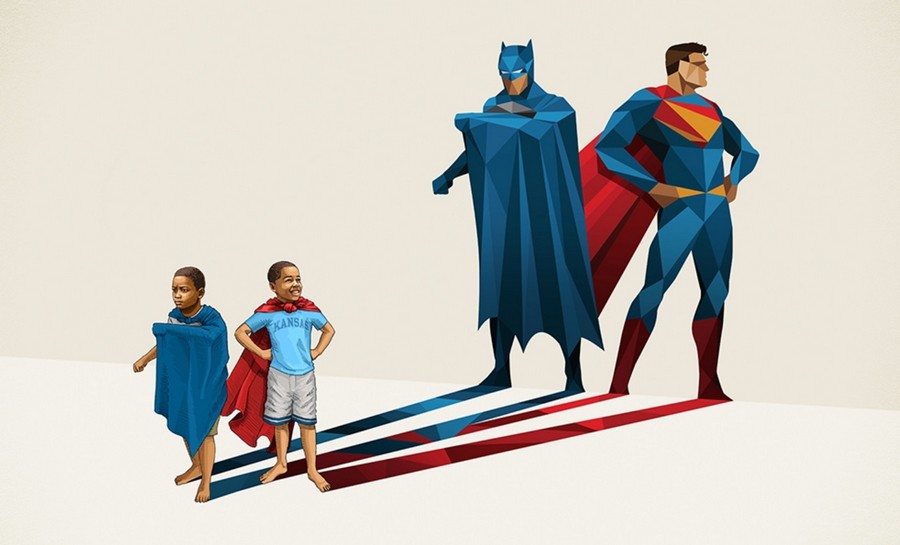 Probably most of us watched different blockbusters about superhero who saves the whole world or even the whole Universe, well, sometimes just the country or a small town. Such movies were especially popular in the 90’s and the early 2000’s when Western culture rushed into our country rapidly.

With age, a person realizes that such movies have nothing to do with the real life. But children and teenagers enthusiastically enjoy this product which creates an illusory perception of the real life.

What are the true motives of the authors who crate all these superheroes’ images, or rather customers of such masterpieces of modern culture?

The reason for the implementation of superheroes image into people’s minds is the segregation of people. “Why?” – you may ask. Because every child, teenager and even an adult person imitate the superhero he likes.

What bears the image of a superhero? it demonstrates, besides the fact that he is a positive hero – fighter against evil, that all people are dull, helpless mass, which must be saved. Not to unite with people against evil, but to rescue them alone or with a small group of one’s own kinds.

Nowadays there is a tendency to make heroes out of villains, thugs and psychopaths, rather than from positive characters. This distorted, selfish, misunderstanding of the fight against evil and injustice is being embedded into heads of gullible children and teenagers, which they then project into own life. This struggle is often accompanied by bloody scenes of violence.

Having adopted such understanding of the struggle for justice, a person gets the illusion that he alone is able to defeat the evil forces and thus can cope with all the troubles and adversities of the life by himself. No need to work hard on self-development and to improve the positive qualities that are not built up quickly enough but only by willpower. You can simply be a selfish, lazy moron and wait for the finest-hour in this cruel world to defeat the bad guys after life circumstances have been successfully formed.

Many fantastic superheroes, of course, have friends and helpers, but they are usually on the second roles as supporters and are the same conceited egoists. “You can do this on your own, alone” – the image of a superhero tells us from the TV screen. 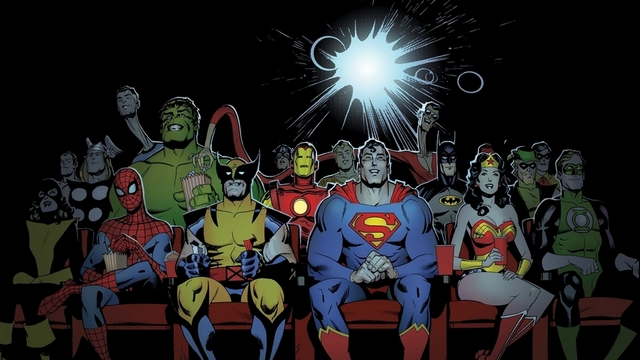 Children and adolescents’ personality is just being formed. Thanks to such movies and cartoons, the child is convinced that he will be able to do anything on his own, and people willing to support should be on the second roles and help only on their own initiative.

Superheroes don’t ask for help, they just say, “I thought you weren’t coming, couple more seconds and …”. And if they asked, their friends usually betray them, or refuse to help, then change their mind and admit they were wrong, and super-friend, as always, was right. This is typical for movies and cartoons aimed at boys. For girls in the spotlight are images of princesses, queens and other girly characters.

Quite often in my life I meet people who cannot turn to another person for help. When I ask them why this is happening – none of them can give a clear answer. They do not realize it and suffer from it. But this is the pride, partly brought up through the images of those superheroes.

It is obvious that the purpose of the introduction of the superhero cult is the division of people.

There is a concept as a synergistic effect. It is a systemic effect explaining that any group, family or team interacting together always have number of qualities that exceed the sum of qualities of its separate elements. When everyone in the team on their own this effect acquires a negative effect. Thereby, people interaction can strengthen or weaken the individual possibilities of efficiency of each person in the team. 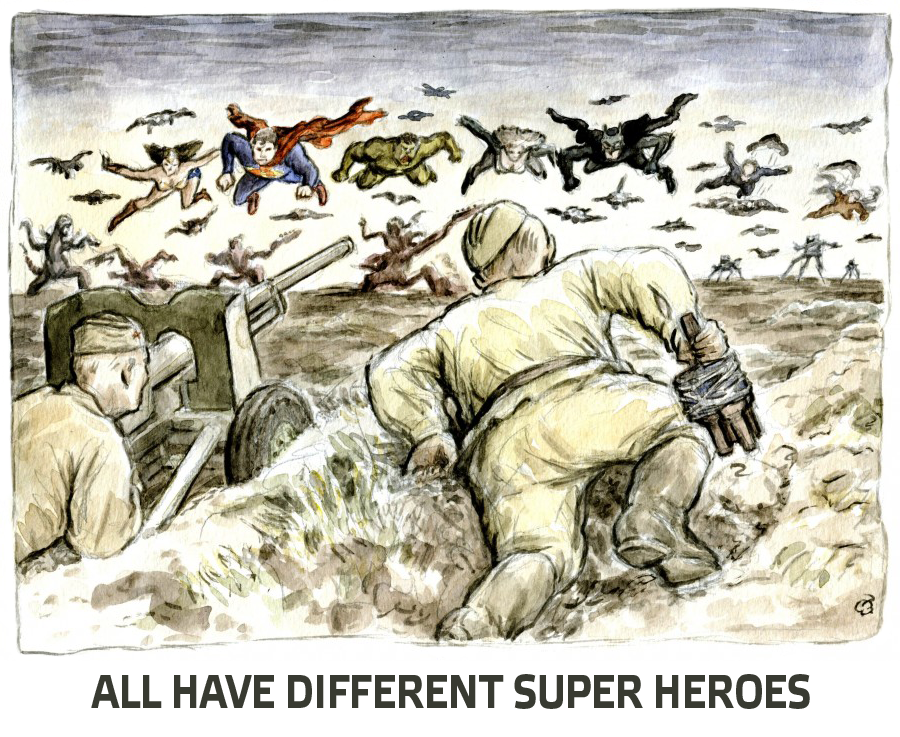 Try to watch the Soviet movies about the Great World War II, which tells the truthful stories of saving the world in the real, actual life. In these movies, only united people wins the war, but not the selfish superhero who shows off his superpower and the exploits. The purpose of these movies is to show people what the power of unity is capable of and what value it has for each person. Movies show all aspects of people’s lives and characters. Through these movies you can understand what is good and bad, truth and falsehood.

Friends! The proof all the above, you will be able to find in your own life and in the world around you. If you have not yet learned to look at yourself and at this world from the side, engage in self-discovery and you will have a different view of yourselves and a completely new picture of the world. And, perhaps, then you will realize that only love, friendship and unity can conquer evil, not selfishness, narcissism, revenge and anger.

Think about which movie is better to watch and show your child: about spiderman who spits a spider web in the same mutants as himself, or a movie about a real event, a true victory, actual people and a real courage instead of fake heroism.

4+
Share:
Participation in the project
Tags:
Technologies
Also read:
Results of the study: Superheroes teach children of aggression and violence
Morality curve of modern youth
The creation of the group Rammsstein: a mixture of faсsism and pederasty
Fashion as a form of power over people