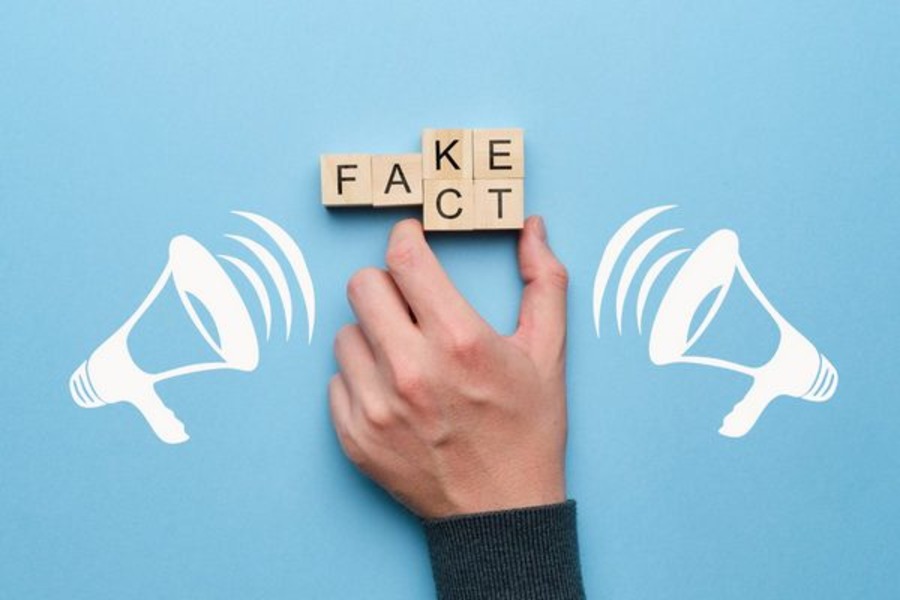 First in the West, and now in Russia, such concepts as “fact-checking” and “fighting against fakes” have been widely extended. In Russian, these words mean “verification” and “counteracting the dissemination of misinformation,” but in numerous courses for journalists, bloggers and media workers, these are English terms that are used.

In these classes, media workers are taught to check whether the news is true; evaluate sources of information; identify the reliability of photo and video materials; avoid unnecessary emotionality in your work and many other generally useful skills. The ability to distinguish true news from false in modern conditions is indeed a vital necessity.

Let’s think still about whether the dissemination of reliable information is always beneficial to society? Is any truth that is diffused on television, for example, useful to the audience?

These are very important issues that are never treated in “fact-checking” and “fake detection” courses, by the end of the article you will understand why.

Let’s look at a few specific examples to find answers.

First example. Many people know that the Russian TV channel NTV (Independent TV) is famous for its tendency for all sorts of mayhem. The channel regularly broadcasts programs, the plots of which are based on a selection of various events related to murders, robberies, car accidents and other incidents. There is even such a joke on the Internet: “A shark is able to smell blood at a distance of 50 kilometers. Among people, only NTV journalists have such an ability!” 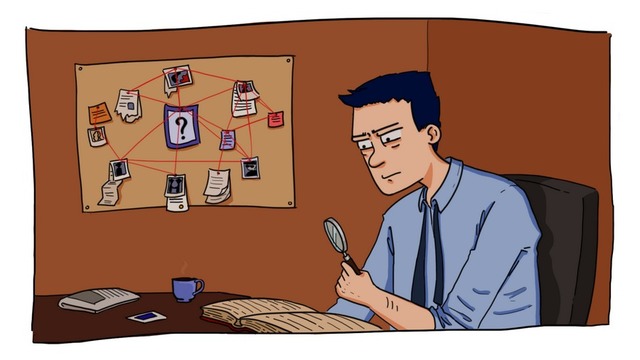 Are journalists broadcasting reliable information in these programs? Yes, they are broadcasting, because all these accidents or tragedies, that TV-people talk about emotionally, have really happened. But how does the regular immersion in such content affect the viewer? It is obvious that the influence is negative – the viewers begin to think that everything gets worse in their country, there are only misfortunes around, in fact, the audience gets depressed through such a set of negativities.

But after all, the NTV channel could seek out unique cases of achievements, mutual assistance, rescues and other good events in the life of the country. And this would also be true, but it would have a positive effect on the audience.

Second example. In the news cast of Channel One, journalists talk periodically about music festivals like “Nashestvie” (“Incursion”, arranged by rock music radio station “Our Radio” / in Russian “Nashe Radio”). Such events are sponsored by alcohol companies (most often beer producers) and, naturally, the selection of performers, songs and the environment of the concerts have an alcohol-intoxicating theme. By advertising such events, Channel One contributes to the alcoholising of society, although it broadcasts the truth in its stories. 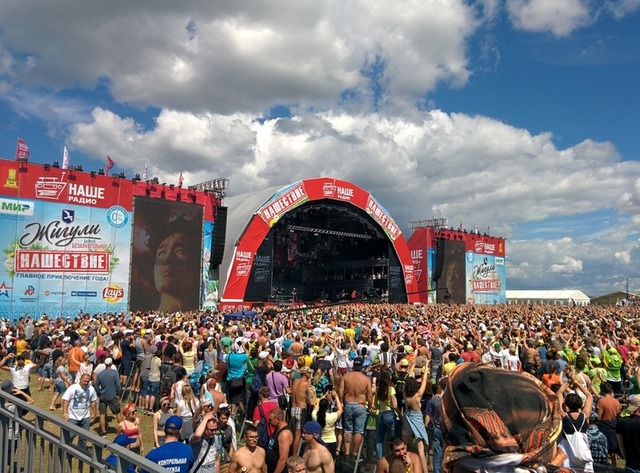 But after all, in Russia “sober” festivals, rallies, concerts are regularly arranged, that bring people a completely different ideological message. They bring together people who have chosen consciously a sobriety, and their work fosters other values. Why shouldn’t the journalists of the main TV channel in the country tell such a truth to their viewers?

If these two examples haven’t yet given an answer to the question posed, then I will give a third one here. It is contrived and crude, but very illustrative in terms of explaining the topic.

Third example. You can put a video camera on the trash can and broadcast the show “life of the homeless” from morning till night. Will that what is shown on the screen be an “assured fact”? Of course yes. Will this information pass all the tests by means of “fact-checking” technology? It will definitely pass! Everyone can even come personally to the place and make sure that everything is shown as it really is. After all, journalists don’t distort anything, they just film the everyday life of homeless people on the garbage dump around the clock, one might even say “they highlight an acute social problem.”

By the way, the show “Dom 2″ (“How to build your love”) on the TV channel TNT (Your New TV) is built exactly according to this principle: in one place they gathered people with low morals and weak will, who want easy money and fame, and put everyone in one closed space. They set up cameras and film how this whole company make war and copulate. 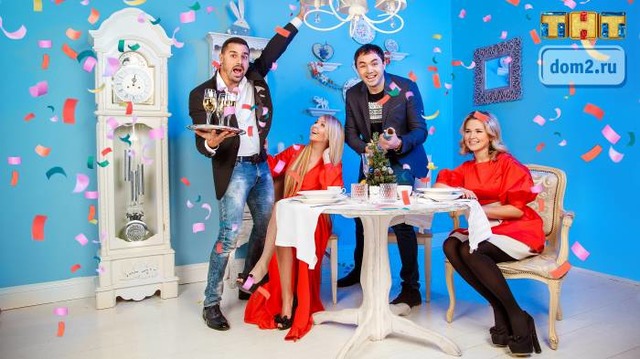 But is such “fact of life” of benefit to millions of viewers? Obviously it isn’t. Such content, as in the case of a camera on a trash can or the show “Dom 2″, is very harmful, no matter how TV-people or filmmakers cover up their anti-social activities with excuses like “we just reflect the reality.”

Thus, when we consider the activities of the media and journalists, it isn’t enough to pay attention only to the reliability of the information they publish, it is important to evaluate the message and impact of the content disseminated.

At the same time, I urge you to proceed from the position that any lie is always bad, and in this regard, the ability to distinguish the truth from the “fake” is really useful and necessary. Contrary to what many people think, there’s no white lie in fact, because the side effects of spreading any lie always exceed the possible short-term benefit. All people can verify this with their own example, if they think about the consequences of any of their deceit.

But not any “fact of life” should to be reflected, because the reality can do harm. By the way, there is a quote by Mark Twain on this topic that is similar in meaning: “The truth should be served as a coat is served, not thrown in the face, like a wet towel.”

Then why is this seemingly obvious and important aspect of the information exchange process never taught in on “fact-checking” and “fakes fighting” courses?

The answer is really simple. Fact-checking courses are usually promoted by the same organizations (or owners of the same organizations) that distribute all sorts of grants among journalists to highlight various “acute social topics”, such as domestic violence, LGBT issues, environmental protection, and the like. In most cases, this is done by Western funds, of course.

Then the idea is very simple. If the journalistic and blogging communities don’t realize that the main thing in their work is not only credibility, but also impact on society, then you can easily manipulate them to achieve your goals. 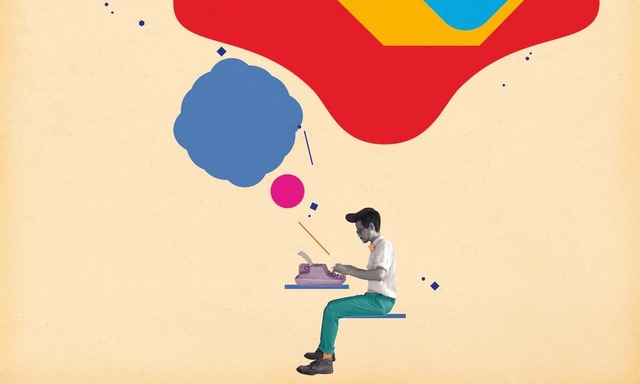 Again, I will give you a simple example, whether it is real or fictional – decide for yourself. You can allocate 100 grants to write 500 articles that deal with various aspects of the same-sex couples’ problems, but not provide money for highlighting the difficulties and concerns of normal families. As a result, the whole society will discuss the problems of perverts, instead of thinking and caring about those who raise children and whom the future of the country depends on.

And according to a similar scheme, you can form a message on absolutely any topic.

If, however, journalists understand that their mission and responsibility isn’t limited with verifying the authenticity, but it’s much wider – to have a positive impact on their readers and viewers. It will be much more difficult to involve such an author in destructive activities under a plausible cover, of course, if he cares not only about his own cheek, but also about those around him, about the Motherland.

Someone will object sadly, where can we find such honest and decent journalists now? I will answer with a joke: “Deep down, all people are kind, just the depth is different.”

So remember: don’t spread misinformation. But it is also necessary to spread the truth only in such a way that your information benefits society.

0
Share:
Participation in the project
Tags:
Also read:
The Impact of Media Use and Screen Time on Children, Adolescents, and Families
About the new enemy’s image in Hollywood’s cinematograph
The impact of gadgets on children's development: lagging speech and autistic disorders
What is the power of Humor?