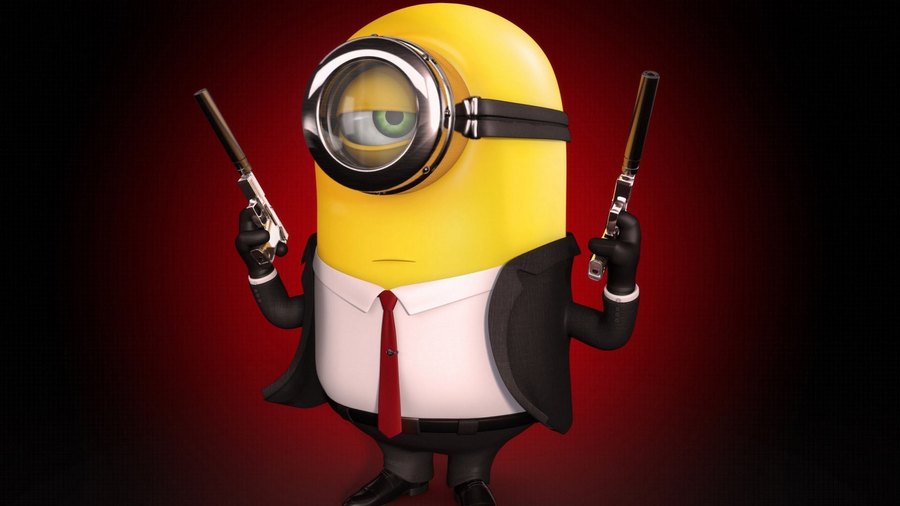 Better not to watch
Review of the cartoon Minions (2015) of the project What is good.

A popular animation product “Minions” narrates about little yellow creatures, which before that an audience has seen in a series of cartoons “Despicable Me”. Minions according to the movie exist longer, than a human, and always serve some criminal. However, Minions by sheer chance have ditched all their masters. Without a master there is no life for a Minion, that’s why throughout the whole cartoon the yellow creatures are looking for the master, temporary having found her in a super-evil Scarlett, who wants to possess a crown of the Queen of England, and in which Minions help her. In the end of the picture they meet the very same Gru, who we have seen before in the cartoon “Despicable Me”.

The cartoon is marked PG, even though many children under 6 years-old watch cartoons about Minions with pleasure. Let’s try to understand, if this cartoon can be put in a money-box of a parent or a teacher, or better to take it away from children.

Even though Minions are being positioned as evildoer “servants”, they are not evil at all; at least they don’t accomplish consciously anything like that. On the contrary they are very nice. Small, big-eyed, with sincere smiles, simple-minded, speaking on an unknown quantity. Little kids love namely this image, which corresponds to their nature. Why then they are being positioned as evil? The speaker on a background tells that Minions have always had one goal. The goal of “their race” – “an evil service”, “the vilest personality from the existing”. However, they bring up to death all their masters.

In the very beginning of the cartoon are pictured several deaths of their masters. A dinosaur dies in fiery lava, an early man ends his life between enraged bear teeth, the fallen not without the help of Minions pyramid entombed hundreds of Egyptians and a Pharaoh, the immortal Dracula dies from the wish of Minions to celebrate his birthday, and even in the Napoleon’s death the yellow creatures are guilty. Of course, all these deaths are presented comically. Therefore, the Minions have become serial killers of their masters against their own will. That’s why throughout the cartoon they are searching for the new master.

The logical contradiction has no way to be taken off in a head of a grown-up: kind Minions are searching for an evil master in order to inviolately and sincerely serve him. Why? What for? A little child will not be sorting this out, and due to his development peculiarities takes the image of the Minion entirely: the Minion – is good, then all he does is good, is friends with the good ones etc. 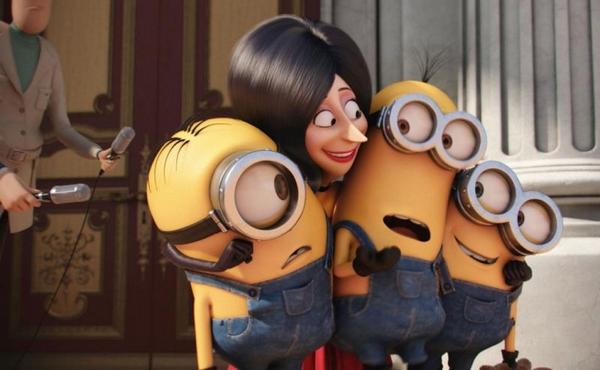 However, if discard the charm of the Minions and look at the world, pictured in the cartoon, we’ll see that this word is all criminal. Everybody is criminal: the Minions with their obsession to serve the most evil criminal and who are on the job for that; the Scarlett heroine; a family of thieves (father, mother, two pre-school and school children), robbing the bank, provided that children take an obvious pleasure from it and even possess a certain professional qualification, enthusiastically observing how their parents skillfully are shooting back from haunting them policemen. The main wrongdoer Scarlett enthusiastically exclaims: “Isn’t it super awesome to be a criminal?”. On an evildoers’ conference, obviously, apart from such there is no one. And in general there is no positive hero in the cartoon. Must be propaganda of a criminal lifestyle?

There is no alternative… A pre-school child has no critical thinking, he is small, weak, he wants to be with the majority, and if this majority represents an evil, criminal world, then whom a child to associate himself with? At that the Minions – are really very nice. Nice leaders of children’s fragile mind to the criminal world. And, conversely, the criminal world – to the children’s mind.

A couple of words about the vocabulary. Since the Minions do not speak a human’s language, familiar words can be heard only from the evildoers’ mouth. The vocabulary corresponds the image: “idiot”, “vile personality”, “scoundrel”, “how to prowl in a criminal community”, “maniacs”, “silly woman”, “criminals”, “holy shit”, “criminal empire”, “hangers on”, “mugging – is our gimmick”, “cool”, “bug-eyed stupid mugs”, “meatheads” etc. Does a child have to learn?

Also in the cartoon twice appears the known image of a “bearded woman” Conchita Wurst, an enthusiastic fan of Scarlett. Tower’s guardians, brutal men, strip, swinging the long hair. Is it not early for a child to watch this?

We are not going to deeply penetrate into historical and political constituent of the cartoon (however, there is something worth thinking about). The main developments of the cartoon take place in England in 1968. In the cartoon appears Queen Elizabeth II, occasionally occur hippies… After Elizabeth the King of England becomes the Minion, who easily rewrites the Laws of England in order to take the crown to Scarlett. An animation mockery at England is followed by the scenes, where the “ex” Queen drinks at the bar with a crowd and behaves forwardly; and later, having gained the crown again, is kneeling in front of the Minions. Interesting, how Englishmen estimate this cartoon?

A Russian subject has also not been avoided. The Minions fight at Napoleon’s side against Russia and by chance kill the French Imperator from the cannon. Russia has to thank the Minions for the winning in the Patriotic War of 1812?

I daresay these moments are needed to keep the grown-up viewer in front of the screen. A so-called, American family movie. While kids are following the Minions quests, grown-ups laugh at the Queen of England. Everyone is pleased. However, in this eclecticism the main is lost: adults have laughed and forgot, but what is left in a child’s head?

Export of the assessment
<a href="https://what-is-good.com/tv/cartoons/criminal-world-of-minions/"><img src="https://what-is-good.com/wp-content/uploads/2014/0/oc_r.png"/></a>
2+
Share:
Participation in the project
Tags:
Bad cartoons
Also read:
«Angry Birds»: That is becoming the norm in children's cartoons
The mystery of the deadly smoke
Cartoon "Hotel Transylvania 3: Summer Vacation": Information weapon against our child...
“Toy Story 4 ": Build your happiness at the cost of someone else’s