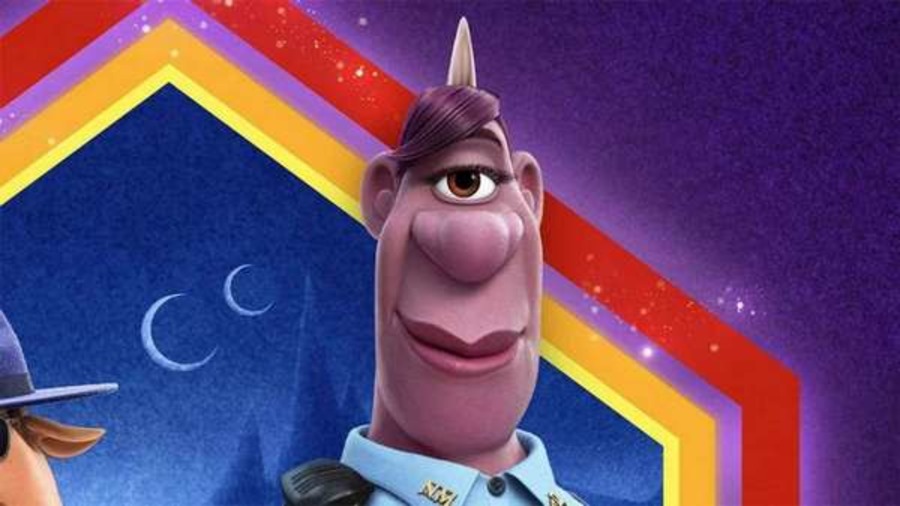 Large western filmmakers are aimed to increase the proportion of homopropaganda of their products.

Despite the resistance of the parent organization, the animated film «Onward» from Disney has been released with a slightly retouched LGBT character (unlike the original version, in the Russian version perversions are not so expressly propagated).  This is only the beginning of sodomists massive attack on children around the world. Hollywood, Sony, and other large western filmmakers are aimed to increase the proportion of homopropaganda of their products oriented towards children.

At the end of the 2018 year, an American non-governmental perversion organization GLAAD criticized Hollywood for negligible 109 films with homosexual, transgender, or bisexual characters from the seven largest motion-picture studios in 2017. This is equivalent to 12,8% of the total released films number. They demanded from the Hollywood film giants to increase to 20% the number of pictures with bi-curious characters by the 2021 year and to 50% by the 2024 year.

The party said: «It needs to be done», and Hollywood answered «Copy that». The further step was Disney and Pixar opus «Onward» with its out-and-proud sodomite. This trash has already been released, besides the character was slightly retouched for the Russian audience, which is certainly not enough. Social activists have already appealed to the Ministry of the Interior and Roskomnadzor with the requirement to ban the provocative animated film and engage to bring those responsible to justice.

The next opus of that kind may become «Cinderella» from Sony company with its black-skinned pederast Billy Porter as a fairy godmother. The film will be screened next year. Moreover, Porter does not conceal that the «kind fairytale» will be specifically oriented towards children. «Cinderella» will become «a classic fairytale for a new generation, which takes such characters well», – says Porter.  “I think that the new generation is really ready. The kids are ready. It’s the grownups that are slowing stuff down”, – explained gender-neutral «it».

Obviously, Porter lies about the classic. Just imagine the reaction of the Academy of Sciences member and king councilor on Charles Perrault works, if he was introduced Moorish pederast as a fairy in his fairytale. It is not only the Moorish, but the whole Hollywood drama class would move to Bastille until a hangman will soup the rope for them. As for the new generation of sodomists, they are already get used to various gender-neutral creatures.

It is common knowledge what comes after «heroes» of that kind. If in Eastern Europe and Russia child sexual abuse (or homopropaganda) draws protests, meanwhile «a bright future» is here in Western Europe and only Moslems make a stand against depravity. Disney not only add perverts in each third animated film. Last year the company held the first «gay pride parade» for children in Disneyland Paris. The special humiliation is that «Magic gay pride parade» was held on Children’s Day.

Fortunately, Russian children have an opportunity not to see all this real mess. Surely, «Masha and the Bear», «Luntik» and «The Snow Queen – 3» are not the brightest masterpiece (especially in comparison with the soviet animated cartoons) and there are some questions to them from the point of character building. However, there are no pederasts in these pictures. That is why they take over the world tired of tolerance.

1+
Share:
Participation in the project
Tags:
Also read:
What is taught us Disney`s princesses?
The analysis of the cartoon «Planes: fire and rescue»
Cartoon sample #1: "Tom and Jerry", "Miraculous: Tales of Ladybug & Cat Noir...
“Toy Story 4 ": Build your happiness at the cost of someone else’s