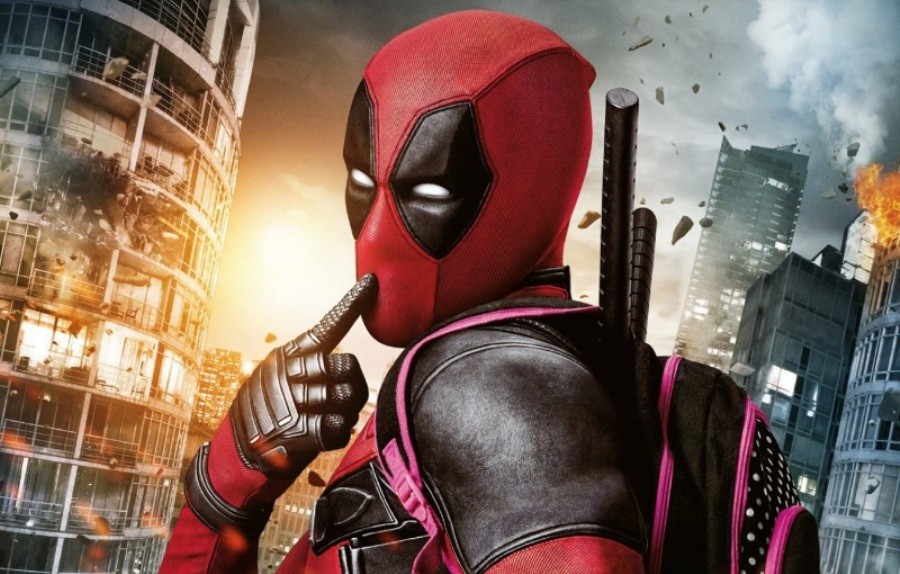 Attention! The article is for only those over the age of 21!

The main character was the bounty SORT team member Wade, who has already murdered 41 people. «I’m just a bad guy who gets paid to fuck up worse guys» according to him. Wade fell in love with the strip dancer Vanessa. They were living happily ever after until he learned about his cancer at the crucial stage. So he could nothing to do with it. By the way, the happy life of two spouses is shown as the non-stop sketchy scenes with the surprising range of perversions.

The secret organization suggested him a treatment by the injecting of special genes. The sadistic scientist Ajax controlled the surgery wished to sell the modified human. Thanks to this, Wade got a superficial, regenerating power and run Ajax away.

His body and face were deformed as a result of the experiment. That was the main reason why he couldn’t help himself to go to Vanessa. He was afraid of being rejected. Wade as Deadpool got the red superhero costume (in order «can’t see me bleed»), and decided to find Ajax with the hope that the scientist knew the treatment.

During the film, Deadpool murdered a dozen of people with fun and humor. Finally Ajax could nothing help him and was murdered by the «superhero». Indeed, Vanessa accepted her beloved partner as he was. During the film two «good» superheroes lectured Wade to put him on the straight and narrow by taking him for the team. This was the team of mutants, superheroes from the X-Men comic books. Wade refused their invitation in a very rude manner.

That’s it. As for us, the plot could be fitted in the timeline less than 108 minutes. The film creators filled in the time with the bathroom talking, violence scenes and, what is more important, with moments of the homosexual thesis.

Propaganda of perversion beneath the fun 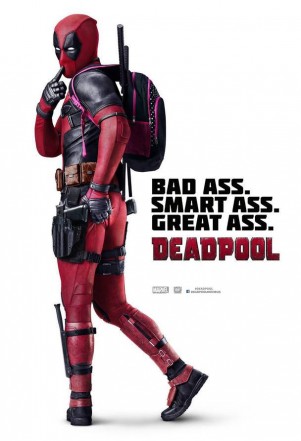 More or less, you can see the perversity thesis during the whole film mostly in the short scenes and in characters’ dialogues. Let us start with the most hard-line moment of all. During the one of scenes describing «romantic relations» of Wade and his partner, you can see a very sketchy one where they changed their roles.

His behavior is pretty simpering and pompous. He mentioned the importance of male beauty. During the one episode Wade told about the famous Hollywood actor Ryan Reynolds (i.e. about himself). He called him cute and argued that the actor has got the great success thanks to his appearance.

It’s important to notice that humor is the main instrument for sifting unthinkable to an acceptable degree. It allows to show negative and prohibited items in a positive light. The film «Deadpool» is full of perversity propaganda by the filmmaking. It was discussed in the video review with the same name.

The Aesthetic Shade of Violence

Another thesis is violence. As it was mentioned above, Deadpool murdered a dozen of people right on camera. The majority of them are shown as something fun and positive, as a sport game (e.g. Sometimes Deadpool is playing football with the human’s head instead of the ball). His passion to murder everyone who could know something about his enemy was explained as the wish to provide justice, but not as the whim to be again handsome.

You can also see the storyline about the Indian taxi driver who forced to battle with his cousin for the love of one woman. The taxi driver locked his cousin in the trunk going to cut up a corpse at the end of the story. The main hero complimented him and said frankly that enjoyed murdering. Shooting the corpse and wasting several bullets he says:

The Attitude to the Person-Society Relation

As it was mentioned above, there are two «good» mutants, members of the «X-men» team, Colossus and Negasonic Teenage Warhead, besides Deadpool and Ajax. During the whole film they were asking Wade to join their team, to make peace and to safe people. However, Deadpool refused in a rude manner.

It’s significant to notice that despite of the other characters’ slang and bathroom talking Colossus speak the normal literal language.

Colossus – We can’t allow this, Deadpool. Please, come quietly.
Deadpool – You big chrome cock gobbler!
Colossus – That’s not nice.
Deadpool – You really got to fuck this up for me? Trust me… That wheezing bag of dick-tits has it coming! He’s a pure evil! Besides, nobody’s getting hurt. (The corpse has fallen off the bridge) That guy was already up there when I got here.
Colossus – Wade, you’re better that this. Join us, use your power for good.
And so on.

Definitely, the main protagonist is Deadpool. However, Colossus and Negasonic Teenage Warhead are shown as boring and dull persons, whose favorite leisure is lecturing. The audience supposed to stand on the Wade’s side, who is angry, uses foul language, acts like homosexual person and fights with evil having self-centered reasons.

Female Characters in the Film

There are two types of female characters in the film – a light young woman and woman-soldier. Vanessa, as the lithe young woman, works at the strip bar. Colossus’ trainee and Ajax’s assistant are as the women-soldiers. Both of them have the great superpower and the only skill – to kill and to fight.

Despite of the fact that the storyline of Wade and Vanessa is shown as love story, their relations are the endless sketchy scenes. After forcing the breakup in more then a year, Wade allowed Vanessa to mourn him being sure that she never accepts his new unhandsome appearance. He watched and enjoyed her bottom. In the final scene, Vanessa knew about the new appearance of Deadpool and said: «It’s a face… I’m happy to sit on it. Among other things».

All these messes, perversity and vulgarity have the funny exterior to form the positive attitude to the audience. So the question is: Is more important the bright exterior or the true meaning?

When Wade said goodbye to his friends, he has left the 116 kg of cocaine as a present. They were going to get stoned.

It isn’t shown in the traditional way. The main protagonist himself not only acts as a homosexual person, but also voluntarily takes part in the scene of the buggering «love».

The main protagonist murders his enemy in a very violent way and has fun. The scenes of murdering are shown with humor. This is the way of sadism and violence propaganda.

Created as comedy, the film suggests propaganda of perversity, violence, self-centering beneath the humor. Superhero apparently turns out to be «bad guy» as he calls himself, who fights the evil by the force of circumstances. The main reason of his action is the wish to get back his original handsomeness.

Export of the assessment
<a href="https://what-is-good.com/tv/films/deadpool-is-it-fun-to-kill/"><img src="https://what-is-good.com/wp-content/uploads/2014/0/oc_r.png"/></a>
117+
Share:
Participation in the project
Tags:
Bad Bad films Comedy Fantasy New films
Also read:
Future scenarios in western cinematograph
Film "Atomic Blonde" (2017): all ideological meanness in one plot
With what has the TV series “Supernatural” ended up?
A program code of the movie “Men in black: International”