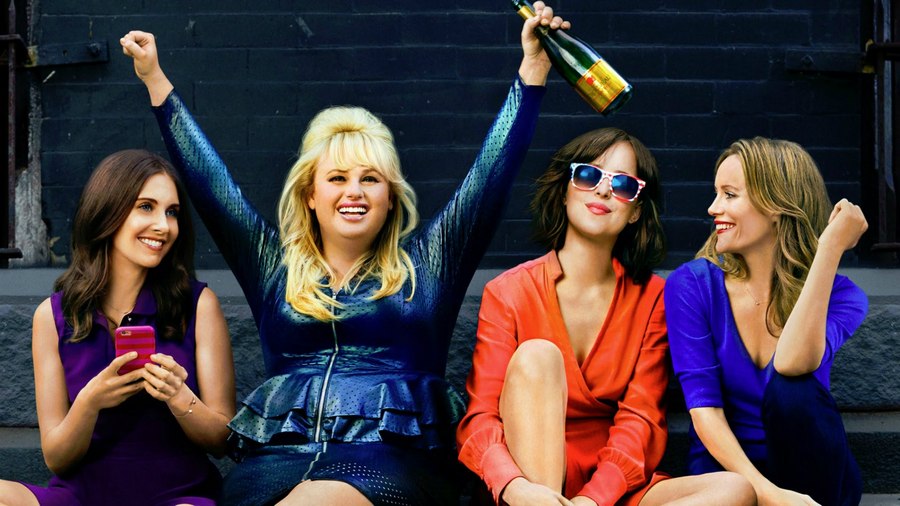 Review of the film How to Be Single (2016) of the project What is good.

The film «How to Be Single » after a wide PR company and advertising in «of each smoothing-iron», came out in wide release especially for Valentine’s Day. The main roles were invited Dakota Johnson, famous on role «50 shades of gray», and Rebel Wilson, often playing the comic character, where has always played the role of «funny fatties».

The plot tells the story of four women who want to find each their own happiness. For one of them – it’s family, for another – a career and child, for the third – the constant partying and sex. The fourth character is trying to figure out, does her need any relationship, or better the loneliness. The authors is positioned own film not only as a romantic comedy, but as a cautionary melodrama, what attracts young viewers. The slogan of the film sounds «it does not teach you bad». Also in the film sounded an idea: «If a woman wants something, then she has the right to do». Let’s see what can be learned from this comedy , and what women’s rights we are talking about?

As mentioned above, four different women in the big city of New York solve problems in their personal life. Each of them represents one important topic for women:

Alice – the narrator, symbolizes the loneliness and the search for self.

Her sister Meg – becoming a single mother and trying to understand, if her need a romance with a young guy or not.

Lucy – she is looking for her love on the internet, sitting right at the bar.

Robin – a character created for the amusement of the audience, and a catalyst for many events. Robin sends the televiewer to a kind of «wisdom of life» referring to Alice.

As you can see, the film deals with three issues which anyhow faced by most modern women – the loneliness, the search for the second half, motherhood. It should be noted that the character of Alice, which symbolizes women’s loneliness, the authors of the film portrayed the most adequate, unlike other heroines. On the other side for the heroine, symbolizing motherhood, firmly clung description «crazy».

It can take a long time to describe the extent, to which the film contains obscene jokes and conversations, but today, unfortunately, has become almost an integral part of any youth comedy (whether by accident?), So focus, on what kind the senses convey storylines for its viewers. 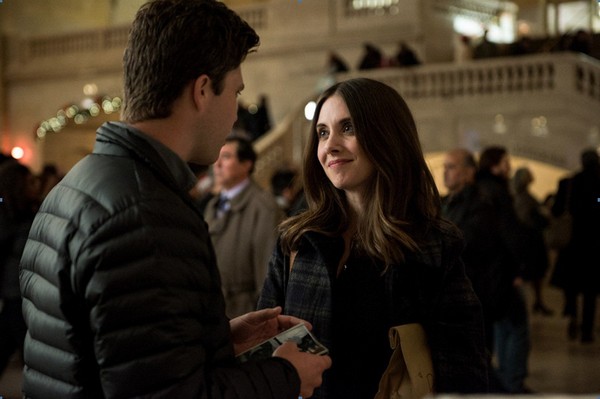 Lovely girl after many unsuccessful attempts to get acquainted with a man through a worldwide network notices that she have low internet speed, and comes into the bar. She threatened the bartender jokingly, that she will hand him over to the police his because of night noise. She gets permission constantly sit at the bar in search of a loved one on the internet. The first «second half» turn up a pervert, so helps and rescues her bartender Tom. The second was perfect, until it became clear that he is not going to marry with main heroine, nor to have children with her, and her concern about him just spooked him.

Further, in the film she is behaving insanely, she frightened children when read for them a fairytale, and thus attracts the interest of her future husband.

We should look at the other hero of this story – Tom.

the bartender are in love with Lucy (the typical womanizer, suddenly «really» fell in love) for a long time did not dare to admit to himself or to her of his love. In the end, all went so far that Tom told Lucy about his feelings on the day when she announced her engagement. In response to the recognition of Tom Lucy suddenly meets his feelings and begins to build joint plans for their future family and children, and then the feeling of Tom immediately evaporates. As it turned out, Lucy played the «reciprocity» knowing that Tom instantly cools to her in this way. Allegedly, she realized her mistake in the behavior of men, with her fiance she behaves is otherwise, and all are going on by itself, by the great strength of their love. On it their story is ends.

The conclusion is as follows:

Meg – a symbol of motherhood and independence. 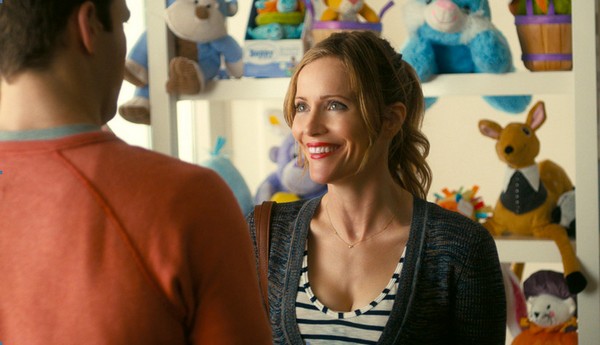 Another character older of them – she is a doctor, and has helped more than three thousand kiddies to be born, than not fail to boast once again. However, she has the awful attitude to motherhood – even the new mother during labor, she tells which wild changes in her life will begin after the birth of children, she frightened her being overweight, lack of sleep «for life», and many others (in the film shows a lot of inappropriate and explicit scenes, forming a negative attitude towards pregnancy and childbirth).

Continue to watch the Meg`s life, we see how she, once communicated with the child realizes, that she wants to become a mother. Inasmuch as she does not have the man, she does it like a real western woman giving birth through IVF from an unknown man. It would seem that there can be funny? But the viewer is invited to laugh at the «pregnant madness» of Meg: she falls into hysterics at a party and asks irrelevant questions, putting everyone in an awkward position, behaves inappropriately. During hormonal surge suddenly she wanted sex, and so began her relationship with Ken – man on ten years younger than her.

In the future, the story tells of two issues in the life of Meg: how to tell Ken that she is pregnant, and not away from him, and the second – whether she wants to be with a guy who is weaker than she mentally and emotionally. Issues decided easily. The heroine openly spoke with Ken, and he was very happy that he can now quit his job and stay home with the baby, as if there is nothing unnatural.

What can we learn from this story?

Alice – a symbol of loneliness, the search for self. 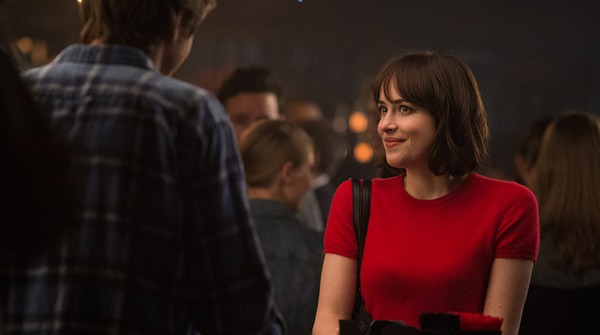 Alice – the main character of the film. She throws her boyfriend Josh simply in order to be alone, to make a «break» He changed her? No. He drinks, his behaves badly, betrayed, does he hurt her? No. She just decided that them need to be alone. She explains it this way: «I have always lived with someone, with my parents, then a college dorm, then you. I must try to live alone!».

Sometime later, Alice was in bed with a stranger man, with help of her friend Robin, then she decides that «break» it is already possible to finish, and tries to return to her young man, who by that time already there is a new «love».

In desperation, Alice and Robin are constantly drunk, and at night crying from loneliness. It is interesting to note that loneliness for her – this is when there is no one to set up the TV tuner, and no one to unbutton her dress, this is what her lacks most.

Later, Alice meets the ideal oligarch-widower, however, because of his isolation, they parted in three months. Then again in the bed with random stranger and talking cute with him about the people which they supposedly love.

At the end of Robin gave «wise counsel» for the main character. And she concludes that her dreams are about absolute solitude, where there is no any relationship «with no parents, nor her sister, nor her friends, nor with men.

What can be learned from her story?

Robin is an active participant in the history of Alice.

Robin Motto: «Rejoice, while you are young». For her fun is – 27 bottles of beer, to get drunk, then – casual sex with strangers, the morning – fast sober, make a pretty appearance, and in the evening – again. It pushes Robin Alice all follies, she says that if the guy and girl drink a certain amount of alcohol, the sex can not be avoided. It seems, that it is quite normal – sex with a stranger after drinking.

At the end of the film it is revealed that Robin is very rich, but she works only for the sake of communicating with Alice. When Alice protested because she constantly paying for Robin, without need, she said, so people remain rich. Can long list destructive ideas, which bears the image of Robin, but in general – it is a demonstration the licentiousness, perversion, alcoholism, irresponsibility, and immorality in the positive and humorous context.

The propaganda of perversion

Apart from the above, in the film there is another negative model, which in one form or another is present in the stories of the girls – the theme of lesbianism. Lucy admitted that she had «experiments in college», but still chooses guys. Robin thought she had sex with Meg. Alice and Robin at the end of the film are ambiguously recognized in love each other. In addition, in the film a lot of jokes on the topic.

Alcohol is heavily «promoted» every heroine, almost half of the jokes and plot twists based on alcohol.

«Love» in the film is a mixture of lust and consumer convenience between a man and a woman. On the positive side shows the intimate relationship with casual partners.

Export of the assessment
<a href="https://what-is-good.com/tv/films/the-film-how-to-be-single/"><img src="https://what-is-good.com/wp-content/uploads/2014/0/oc_r.png"/></a>
45+
Share:
Participation in the project
Tags:
Bad Bad films Comedy
Also read:
January issue of a magazine National Geographic propagandizes "gender revolution"
Film “Me before you” (2016): Suicide propaganda in vanilla-sugar-glaze
Kids as a target of perversion propaganda: Disney is filming the first movie about a homosexual
"Spider-Man: Away from Home": Talk me into rescuing the world