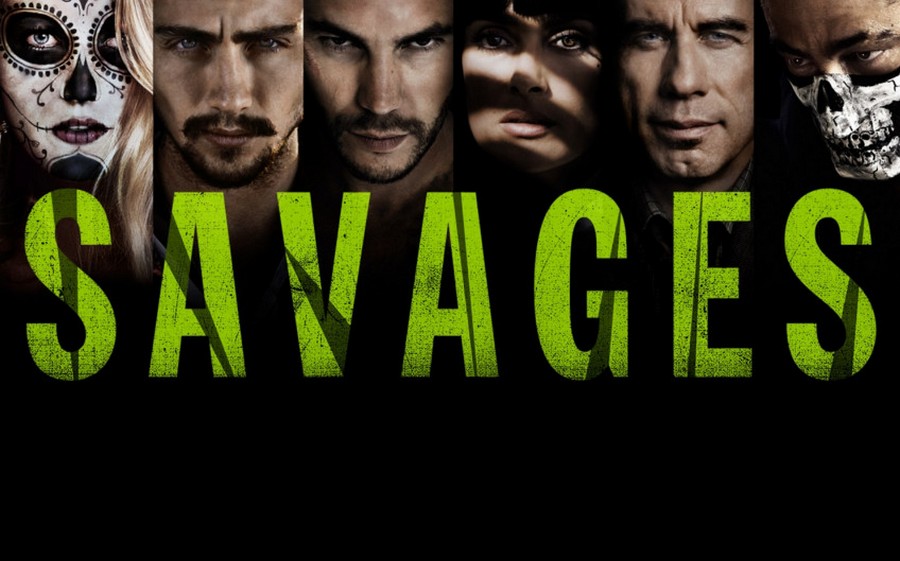 Approximate reading time: 17 min.
A link to the article will be sent to you on e-mail:

The movie «Savages» was directed in 2012 by Oliver Stone which was awarded three Oscars and stars Taylor Kitsch, Blake Lively, Aaron Taylor-Johnson, Demian Bichir, Benicio del Toro, Salma Hayek, John Travolta, and Emile Hirsch. The box office earnings were twice more than estimated budget. There were mostly discussions about the changing of directorial style of the world famous film director. It seems quite ordinary for movies now. However, this movie might have destructive concepts which were mined really densely. This is the review of «Savages» according to traditional family values.

Chon and Ben are best friends. They have absolutely different personalities, but have a house in Laguna Beach, California and a marijuana growing business. They are also both in a relationship with Ophelia “O” Sage. Their comfortable life changes when the Mexican Baja Cartel demands a partnership in their business. Chon and Ben refuse the deal and the leader of the cartel Elena sends her right-arm in America, Lado, to abduct O to press the American drug dealers but Ben and Chon opposed more aggressively than Mexicans had expected…

Why a lot of people saw «Savages»? 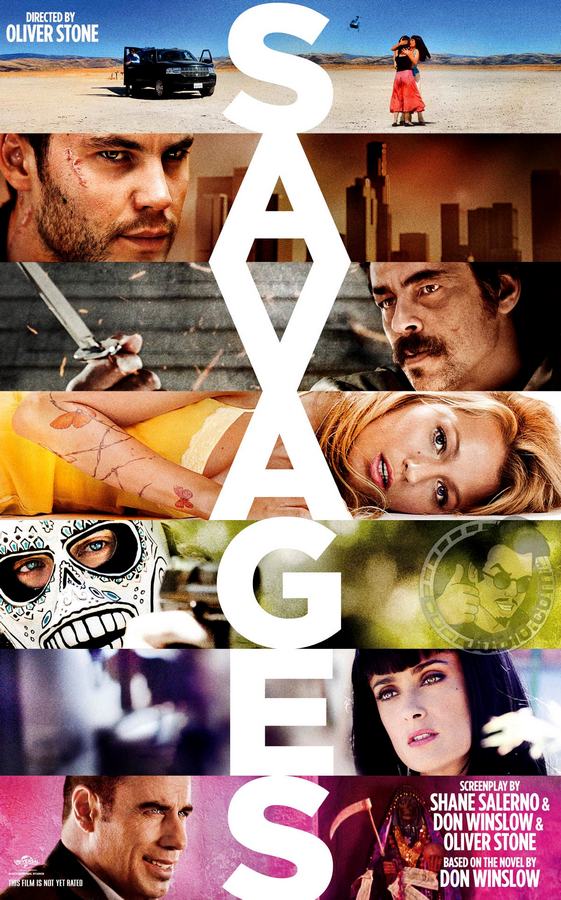 The movie «Wall Street» by Oliver Stone is known by everybody. This is a very good film in it’s own philosophy and morality. Also «Look Who’s Talking» with John Travolta and «The Age of Adaline» with Blake Lively – are great movies for all times. It is hard to believe the fact that well-known Hollywood actors like Travolta and Lively decided to be filmed in «Savages». How is it possible that the «Oscar-winning» director who created great movies about hard choices between honor and wealth could have relations with the «Savages» movie?

There is a strong feeling at the first glance of the cast, that «Savages» cannot be so bad. It is a tragedy that has some deep meaning. Otherwise so many great actors would not have been filmed… Unfortunately it is the wrong conclusion made by millions of spectators.

The well-known actor or actress gets a lot of money to be filmed. Unfortunately only few people working in film industry understand the influence of movies on the education of humanity.

For instance, Tom Hanks is «mister-good-guy» in Hollywood and never acts villainous roles or Shirley Temple is the most famous child star and preserves the purity of her characters’ images because she was never dissipated or undressed on the screen.

Oliver Stone was absolutely sure about the superiority of the movie’s gross over the book’s in the interviews. It is noteworthy that the book was issued in circulation for the first time with the support fact that it’s being the scenario for Stone. The book became bestseller which supposedly proved its relevance and quality, but in fact, it was just a well thought out advertising course.

The same happened with “Twilight” by Stephanie Meyer or “50 shades of gray” by EL James. It is hard to call coincidence. If you have unlimited funds for advertising budget, actor and director are just puppets, which are unable and often even don’t have the desire to make sure their movies are good.

The movie is about good young drug dealers and love triangles that don’t have any limits in decency. If you read the official media reception you will see that nobody tries to find cognitive information there.

1) The horns of a dilemma

The movie grabs viewers’ attention from the very first seconds. Startup screens of unthinkable cruel Mexicans torturing victims in the dark cellars in contrast with the pure and beautiful nature’s shots. The image of lovely young girl and female voice-over telling about death, produces an intrigue, inciting the viewers’ interest to keep watching. They promote it as a tragedy with some special spirit.

It is obvious «who is who» after 40 minutes in the movie: Ben is a nerd, helping African kids and delivering the best dope to all coastal pharmacies as the great painkiller.  Ophelia’s voice-over proudly tells that this «painkiller» has been tried by many clients, which is proved by the scene with the smiling old man near the pharmacy.

In contrast there are villains-Mexicans carrying out violent and brutal massacres on their foes and their families, ravishing and killing innocent women, severing the heads from the necks in the dark and scary basements. Then comes the protagonists-traffickers scenes. They are full of bright colors, pleasant music and smiles. O is given the “true love” and true friendship from Ben and Chon, which she also calls some kind of love, but without sexual connotation. 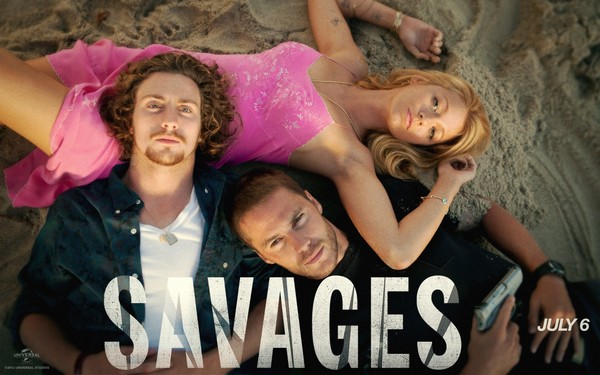 Once monsters-Mexicans see O, Ben and Chon having a walk, they call the couple «Savages». This scene brings an awry smile. Indeed, Mexicans are shown as real monsters and wanton addicts as good, beautiful, loving each other, having Buddhist principles and helping around the world! So who are the”savages ?!”

It seems not important for the film director that protagonists are perverts, creating a dope that cripples the body and soul of many people. In fact, the trio is as an infection of the society, as Mexicans, just with a slightly different and nicer appearance but with the same poor form of conduct.

Ophelia smokes some stuff which she calls «dope» in the first ten minutes. Then, on the 40th minute, O, Ben and Chon start to smoke the «dope» again. They were watched by Mexicans, so this was obviously the last quiet evening for them. This scene was missing even the most harmless side effect of the «light dope» consuming, not to mention the more serious problems, like insane laugh, inadequate behavior, clumsy gestures, loss of self-control or unbearable hunger.

This scene is not seemed as something disgusting for the viewers.  On the contrary there is a feeling of calm and some comfort. The entire movie instills the idea to  the people that the image of drug is something positive. It produces  money for charity, relieves pain from old men and gives the last moments of peace before the war.

The same happens with the idea of sexual perversion which is shown as true love. This two hour movie could suspend this idea into the viewers mind from category «never» to «maybe».

The protagonists-traffickers are battling with the villains-Mexicans the whole movie.  The movie grows sympathy for O, Ben and Chon with the help of music, exterior sets and scales of colors in scenes. 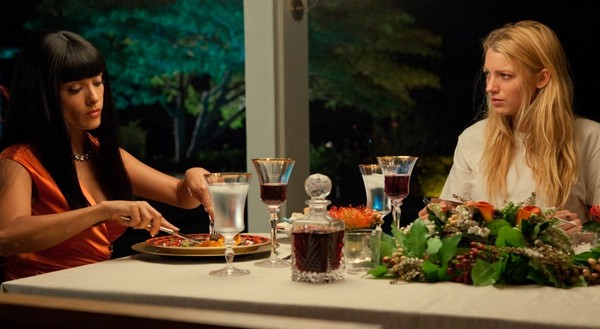 The viewer could see the death of every character at the end of the movie. Ophelia, Chon and Ben passed away by taking the same poison. However, this is followed by an ingenious “classic” directorial move: the viewers who already lost in their thoughts, are awaken by O’s voice-over: “That’s the way I imagined it. But the truth has a mind of its own. What really happened was more of a fuck-up than a shoot-out. And gave us all a second chance.”

After that, the movie is rewound back, and there is the sweetest happy end you can imagine: not even a single shot or drop of blood. There is the pathetic cavalry and charming cheerful Travolta. The villains went to jail, innocent daughter Elena is free. O, Ben and Chon are assigned to be the anonymous communicant of the corrupted FBI agent who is being promoted later.  They went to the island with bags full of money.

There were all the tricks and turns of the film director to bring on the positive feelings associated with the protagonists and to have a fellow feeling for them. Everybody who is going to watch the movie, may have the risk to «swallow the pill in the sweet shell with the poison inside». 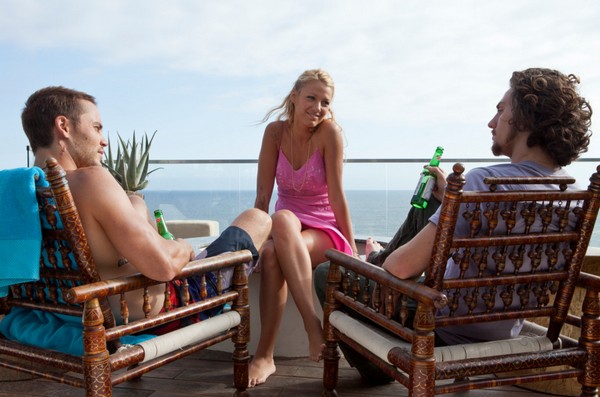 The title is the only truth of the whole film. All characters are really savages according to their lifestyle.

A word of advice 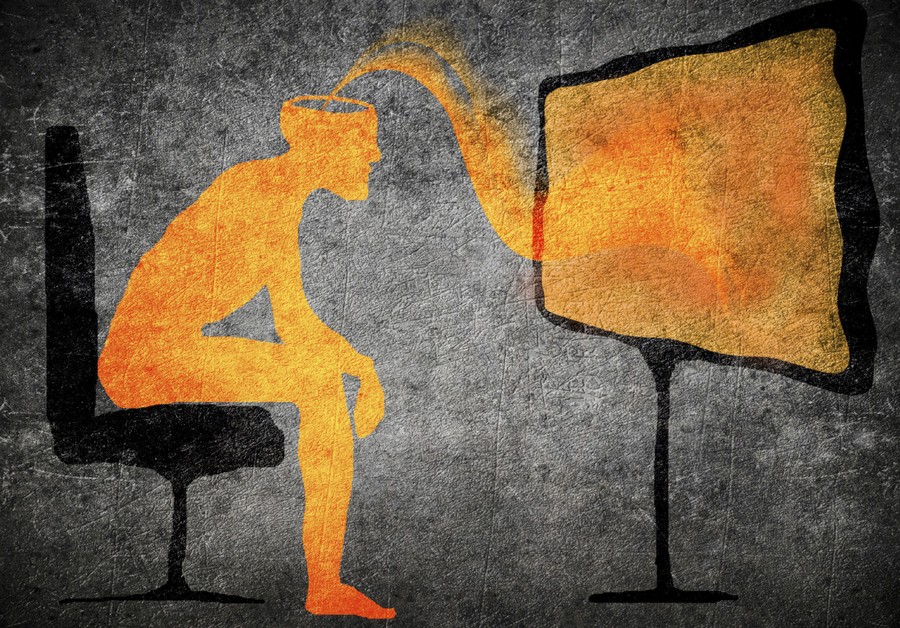 So do what the creators are afraid, is put a pause and try to analyze the movie in terms of morality, in terms of norms and laws given by the parents, the concepts of honor and kindness. Set a timer for every twenty minutes or half an hour, and put a pause in the movie, think about what you have been taught by the characters. Ask yourself how do they organize their lives as they achieve their goals? What would you have done, being in their place, and whether you would even be in their place? It is good to do the same discussions with family and friends.