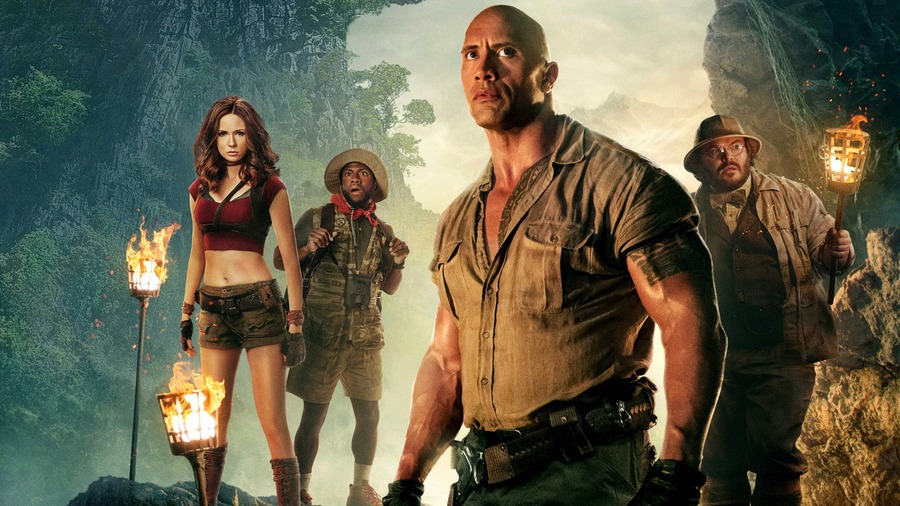 What does it teach (briefly)?

Nobody was stopping the creators of the sequel “Jumanji” to maintain the original idea of the film of 1995, in which each hero had his own body and the adventures took place in the real world, not vice versa. But they took a different course which formed a different matrix and filled it with new background content, unobtrusively urging the audience to immerse themselves in the gaming industry and virtual reality.

Probably everyone who grew up in the 90-s remembered the movie “Jumanji”, the story about teenagers who found an unusual board game. After rolling the dice, they suddenly were caught in the middle of dangerous adventures, where fantastic plants and animals appeared around.  The main characters had to run away from fabulous villains and help their new friend, who had spent more than 20 years in the jungle, to save his better half.

Despite its uniqueness and memorability, the story about the magic game remained without continuation for a long time, but in 2017 and 2019, viewers watched two new parts, “Jumanji: Welcome to the Jungle” and “Jumanji: The Next Level”.

So what has changed in the content over the past 20 years? What ideas filled this vivid plot?

Let’s start with the positive aspects. The idea that you can only get out of trouble joining forces and supporting each other is still at the focus of the story. Of course, the characters quarrel or argue sometimes, but in any challenging situation, they are always ready to risk for the sake of a friend, which looks inspiring. 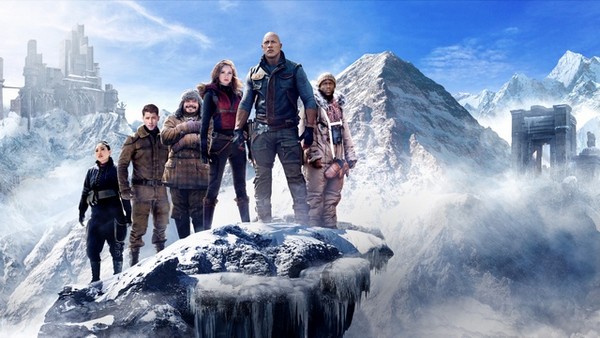 As an essential positive point, I can also note the transformation of most of the main characters as the story progresses. Like in the first part, for almost each of the heroes playing the game becomes a kind of life lesson. It helps them to change for the better, overcome some of their fears, learn to appreciate what you have, fix the mistakes of youth, and so on.

Besides, there are still many vivid and fantastic adventures in the sequels of “Jumanji”.

But there are also significant differences. In the first part, the characters in the world of the game had a look of their own. In the continuation of the story, all the characters found themselves in the virtual world of a computer game. Moreover, everyone becomes a kind of new hero with his unique skills and distinctive qualities.

Much follows from this detail, which may seem insignificant.

Firstly, the heroes now overcome difficulties not only due to sagacity, courage, and mutual supportiveness. They also use various superpowers, which occurred with a wave of a magic wand. “Superheroism” is a generally destructive concept because it presents the idea that you can do nothing and instantly become a kind of highly developed being.

The popularization of superhero tales instead of real people’s life-stories serves as a demotivator reducing the potential of the younger generations for self-development. Why work on yourself if you can find a magic remedy or be in the right place at the right time and gain the powers of Spider-Man, Hulk, or Bravestone like in the new “Jumanji”? 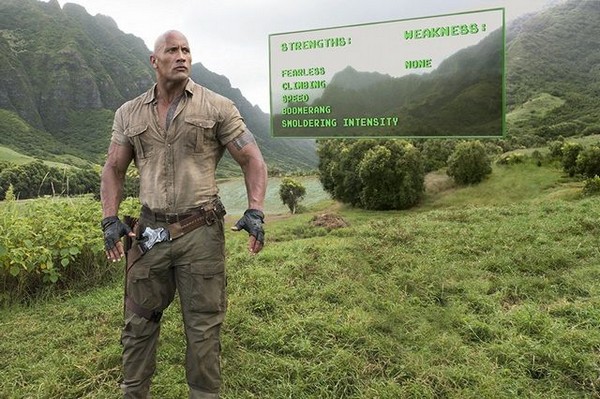 Secondly, in the new world, all the main characters acquire new bodies, and here arises an interesting collision. You can be a boy or a girl, whatever you like best. As the story progresses, the characters change not only the color of their skin but even their gender and appearance. In “Jumanji: The Next Level” one of the characters becomes a horse, and he is so satisfied with this image that he finally decides to stay in virtual reality. Of course, in the eyes of the viewers, this is justified by the fact that he is old and terminally ill in real life. But anyway, there is a pretty specific message broadcasting that voluntary leaving into the computer world can be beneficial. You can be anyone there.

This message is becoming stronger with each new sequel. At the beginning of the third part, released in 2019, the protagonist, a teenager named Spencer, left for the game. His friends had to follow him to get him out of there. When they found Spencer and asked him – “Why did you do this?” – he replied that he just wanted to feel like Bravestone again (an analog of Superman), and for that feeling, he took such a risk and endangered his loved ones.  There is no morality that he should not have done this. In contrast, his initiative turned out to be useful in the end. He repaired ties with his girlfriend, helped his grandfather, had a great time, and so on. A simple message is broadcast to the viewer again – going into virtual reality will benefit you. The third part ends with Spencer teaching his grandfather to play the game console. 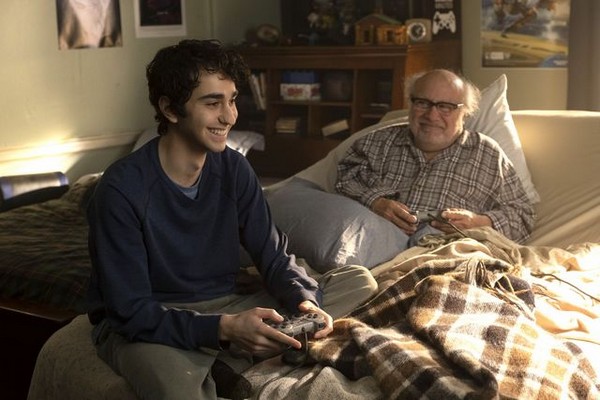 The modern Infomedia with all its media industry (Internet, music, computer games, films, etc.), of course, has already become an integral part of our life, and there is no point in urging to renounce the use of it. But this does not mean at all that the impetuous immersion of society in this area, especially children and adolescents, should be encouraged because it can only benefit someone who has developed qualities of self-control and knows how to set goals and achieve them without being distracted by secondary things. If this is not the case, then there is a high probability that the person will lose touch with reality, absorb the destructive component, which is present in large quantities, begin to behave inappropriately and ultimately prefer to stay there – on the other side of the screen.

These are not hollow warnings. Today an enormous number of people suffer from gambling addiction. In the future, this problem will grow, moving towards the popularization of transhumanism, the idea that a person can connect his mind with a computer.

The greater the percentage of such people in our society, the higher the likelihood of such a scenario. 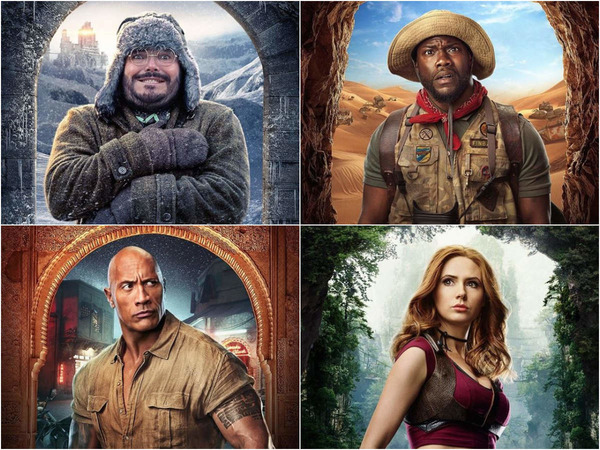 Therefore, it is important now to focus attention on how the virtual world is featured in the films. Does the image broadcast from the screen carry learning, instructive and educational component, or does it offer boldly diving into the world of dreams and fantasies, having fun, experimenting with your avatar, changing bodies, dying and reborn many times, falling in love with networks and much more?

Nobody was stopping the creators of the sequel Jumanji to maintain the original idea of the film of 1995, in which each hero had his own body and the adventures took place in the real world, not vice versa. But they took a different course which formed a different matrix and filled it with new background content, unobtrusively urging the audience to immerse themselves in the gaming industry and virtual reality.

Some more points regarding the third part of “Jumanji: The Next Level”

1+
Share:
Participation in the project
Tags:
Also read:
Interstellar: Do you really need to save the planet when you can find the new one?
The movie “Fight Club” (1999): Be courageous to suicide
The film “A Gift of Miracles” (2015): Life tells the right way
A program code of the movie “Men in black: International”