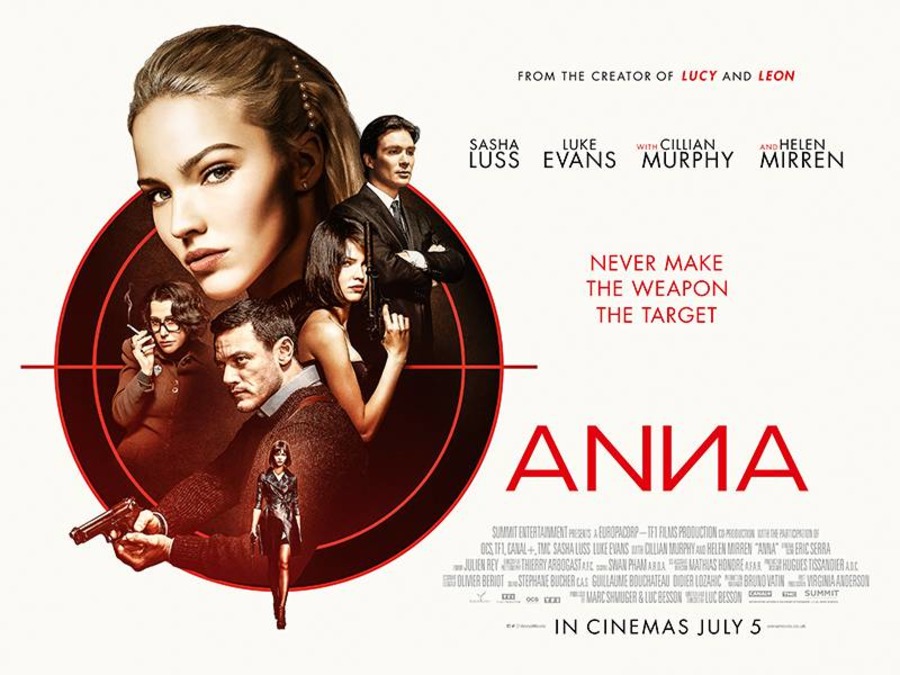 There is such a joke that is too true to laugh at it: “the news on television seems objective until it touches the area in which you have worked for a dozen years.” In the case of cinema, it can be rephrased: “films of famous directors seem to be masterpieces, as long as they do not relate to the country in which you have lived all your life.”

Over the past month, the Russian audience had an excellent, or rather a terrible opportunity, to evaluate at once two films of the French master Luc Besson, devoted to events in Russia. We are talking about the historical tragedy, and the spy thriller “Anna”, whose action takes place at the very end of the Soviet Union.

Even Vladimir Medinsky, the Minister of Culture, commented on the movie “Kursk”, calling it a “biased and not very good” film about Russia and noting that ideological stamps in the West do not change. But the film “Anna” has not caused enough interest, except that some liberal editions gently criticized it for the parody of the “Nikita” plot and the weak play of actors.

There are really a lot of analogies in the history about a girl-killer, but it is obvious that this is not the main thing for the Russian audience. More importantly, Luc Besson made a film about the USSR, either willingly or unwillingly presenting his point of view our recent history and the Russian people in general (or, maybe, it’s just a political order). Well, let’s talk about it in more detail.

So, get familiar. The Soviet Union is a totalitarian country where everything is ruled by the ubiquitous KGB. And the residents are so excited to have the first ATM that immediately having drunk vodka go to rob it. The Committee’s methods of work are as simple as killing everyone who’s interfered with them. Sometimes KGB wiretaps or tries to corrupt – but it is better to kill that’s safer. At the same time, no complex strategies or plans need to be invented, everything can be done by one girl-agent. And so her life does not seem so “sweet” to her – KGB can send her on a mission, giving her a gun without bullets – let her survive if she could. And if she doesn’t make it in five minutes, then leave her alone, not even checking if the mission is completed.

Looking at how the new Nikita, or rather Anna, shoots dozens of men in cold blood, it seems that Luc Besson literally understood the Russian proverb – “will stop a stampeding horse” (from editor: A. Nekrasov, poem “Grandfather Frost the Red Nose”). Or, either, he watched American films about superheroes and decided to create a super-character in a skirt for Russia. But despite everything, the concept of super-character in Russian reality looks strange and even pathetic – our history is too rich with real heroes, not fictional ones. And the story of the invincible Anna is more like a farce or tragicomedy, but not a soul-crushing story of a girl who dreams of freedom and is forced to destroy everything around her to stay alive. Namely, exactly this message the writer tries to bring to us between bloody scenes. 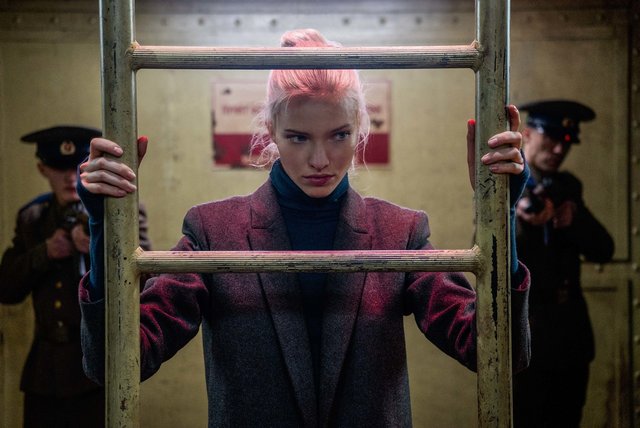 Even the episodic role of actor Alexander Petrov, popular in Russia, does not save the situation. He appears on the screen so often that there is a feeling that Alexander has twins who replace him on the set. Or he works very hard 24/7. He’d better take care of himself and his talents. After all, it is not necessary to take part in everything that’s offered. Sometimes it is worth to think about the content of the plot and even refuse, if something is not appropriate. Although it is likely that modern actors are learning a different approach to their profession.

Let’s take a look at purely visual aspects of the authors’ attitude to the events described above. Either in the West, films about Russia are filmed on special cameras with gray and faded filters, or there is special guidance on how to edit the film about totalitarian countries. In any case, the latest films about the USSR, like the same TV series “Chernobyl” or the sensational “Red Sparrow” show our country in some faded colors. The full range of colors appears only when characters travel abroad or bring something from there.

Another stamp that wanders from film to film is the image of a Russian prostitute. In “Anna” the main character seems to be working as a KGB agent, but since she works undercover of a model agency, the environment around her is always, to put it mildly, frivolous. And Anna’s style of behavior is clearly far from what can be called the norm. In the film she has several partners at once, and one of them is same-sex. As it should be in the time of “tolerance,” relationships with a girl are shown as the most lovely and romantic, and relationships with men is only wild sex. Again, we are seeing a mythical, if not quite real, guidance for what models of behavior should be included in modern films, especially about Russia. 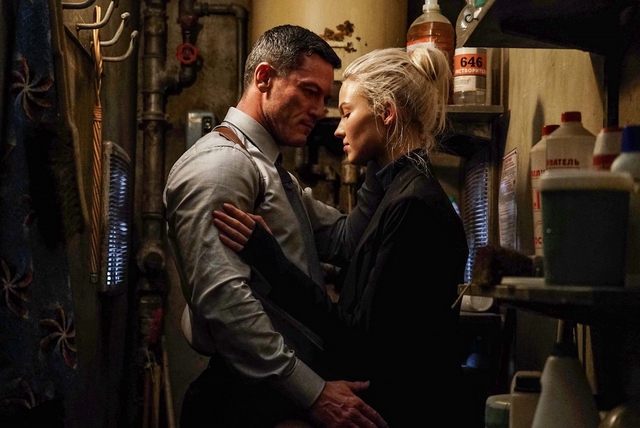 The only thing that could catch the viewer’s eye is a twisted story, in which the same agent is repeatedly recruited by different parties, creating intrigue during the action until the very end. But when a writer tries to convince you that KGB agents rarely survive after 5 years of service, or that Russian women are so harsh that they never let a cigarette out of their mouths under any circumstances, the plot simply fades into the background, and it is impossible to even focus on it. There are only two thoughts in my head – “I don’t believe it” and “what an absurdity”. Even the images of matryoshkas (Russian nesting doll) and traditional handcrafted scarves are no longer delight the eye, and some quotes from Dostoevsky or Chekhov are not impressive at all. There is no reason to rejoice if even such traditional symbols are mixed with violence, blood and lust in the film.

It is clear that the film was created primarily for Western audiences, and there it can be taken quite seriously because of strong widespread stereotypes. But for a Russian audience, showing such a film on a wide screen is more likely to unmask the cult of a once-respected director and demonstrate that the West still sees Russia as an “evil empire”. But the times of such primitive manipulations are running out, and now cheap fakes can play a bad service to their authors. Because at the moment the truth cannot stay hidden, and more and more people are beginning to realize that modern cinema is made for agitation rather than entertainment.

There are numerous scenes with alcohol and the two main female characters do not let a cigarette out of their mouths at all. There are also episodes on the use of other drugs.

Sex in the movie is as much as violence. Characters are constantly touching on the topic of sex in their dialogues. Anna is always having sex with one of her "partners" in between murders.

Woman-killer is one of the most destructive images that Luke Besson once again reproduces. The main character kills hundreds of people in cold blood, both criminals and ordinary soldiers.

Luke Besson with his two films “Anna” and “Kursk” about the USSR-Russia at once clearly demonstrated that his filmmaking talents are purely ideological in nature, and he is just a time-server trying to fit into the Russophobia trends and, apparently, to earn certain dividends from it. At least for the Russian audience one “great and famous” director became less.

Export of the assessment
<a href="https://what-is-good.com/tv/films/luc-besson-s-film-anna/"><img src="https://what-is-good.com/wp-content/uploads/2014/0/oc_r.png"/></a>
1+
Share:
Participation in the project
Tags:
Bad films
Also read:
Peaceful Warrior: An alternative route through life
Regarding blurring of sexual markers in «Star Wars: The Force Awakens»
The «Game of Thrones» series: Royal Hideousness
A simple decision