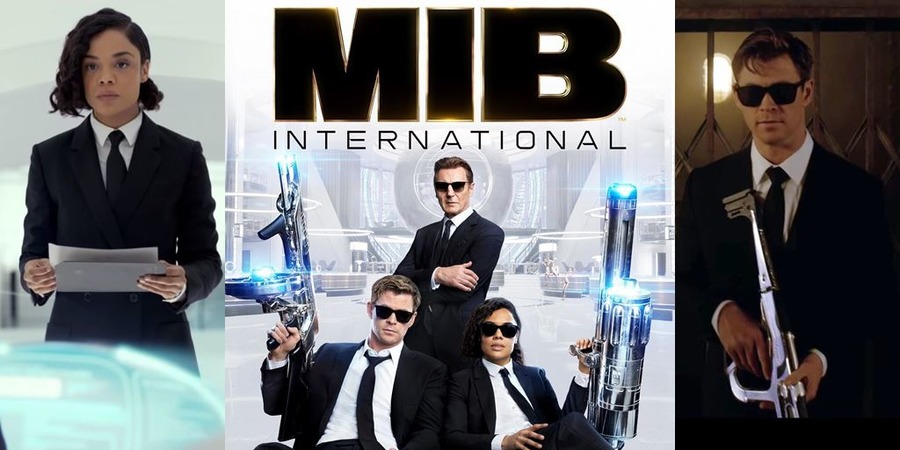 When you watch Hollywood movies, then what is happening on the screen makes the impression of deja vu. As if there is a certain black box where typical images of heroes, villains, men, women, policemen, criminals, agents, templates of phrases, camera angles, plot twists and other things are put in. Then someone mixes everything carefully and gets randomly a dozen ingredients, and the script is written on their base.

Everytime as a result of such a process, something “new” is obtained, but this “new” is all-too-familiar, easily predictable and is not “new” in fact. If “Men in Black: International” is decomposed into separate episodes, then it turns out that we have already seen all these passages somewhere in other films. A super-agent – philanderer; a villain who dreams of killing everyone with a new weapon; chase in the center of the city with scattering pedestrians; accidental employee who is destined to die first, and so on. After viewing, just a feeling of emptiness remains in your head – as if you spent two hours looking at a kaleidoscope in which glass is poured chaotically. Of course, the spectacle is fascinating – and each piece of glass itself shines beautifully, but what do we have in the end?

Along with the final captions running across the screen, the same eternal question pops up in my head – how can a huge budget be spent on creating and promoting such nonsense? And most of people already know the answer. Hundreds of millions of dollars are spent on films with a completely stupid content for one simple reason – to make hundreds of millions of people stupid. Actually this is the price that the masses pay for the desire to have fun, and not just 300 rubles per ticket. Therefore, there is no philosophy, no vital issues, no elevation, and even no realism – just a bubble gum with a lot of flavor enhancers that can dampen the bad smell coming from the filling.

However, after removing the husks of the special effects, one can see that, although pieces of glass fall out of the black box of the unknown master in a chaotic manner, from time to time someone clearly changes them or paints them in new colors. Now it will be clear what is in question.

Everyone remembers this classic episode when a guy sees an attractive girl for the first time and the camera shows her appearance in slow motion: with hair blowing in the wind, a languid look and other attributes of a “spectacular entrance”. In the next episode of “Men in Black” there is the same thing, but now the main hero appears in this way, not the heroine. Now not he but she demonstrates wonderful agility and power when fighting with a villain, and she rescues the world. “Down with the laws of biology – they are intolerant,” Hollywood scriptwriters shout out to us, “on the screen women should fight not worse than men and show courage and cruelty when the situation so requires.” 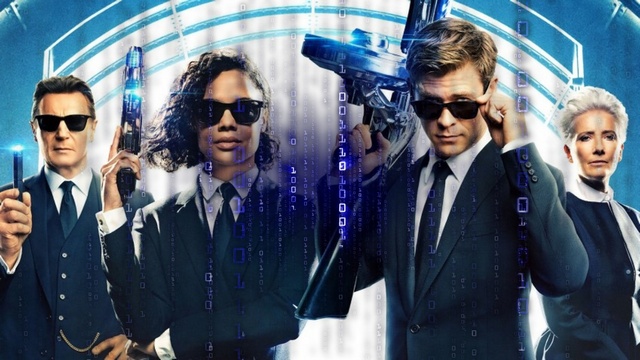 Or another tinted glass: before now most of the aliens were just bloodthirsty (well, of course, a highly developed civilization can still dream of nothing but killing and devouring everyone), and now they have become more lascivious. Really, in the new film there are three salacious alien representatives and quite long scenes were focused on each of them. At the same time, these are not random “small fries”, but heads of alien corporations, local crime bosses or the best representatives of entire civilizations. And everything they dream of is to sleep with a seductive agent, or to destroy her (bloodlust isn’t annihilated yet). Imagine – a person who is responsible for the whole world, thinks in terms of “have fun in the club and pick someone up.” And again to please the tolerance – now the main character has no “prejudices” and can spend the night with anyone – even with a creature having tentacles instead of limbs. And then throughout the film he can make vulgar jokes about his love affairs.

Another ingredient has altered. Previously, in order to save the world, it was necessary to show courage, dedication and will. Now nonsense is also added to this set of obligatory qualities. The creators of such films seem to be telling their viewers: “Be stupid, muddle along, do not follow any rules, and fate is sure to turn in your favor.” If you think about it – this is a great tool to eliminate competitors. If you do not want anyone to force you out from the power hierarchy, – convince everyone else that life favors lustful, impulsive slackers that if only they want it – and the whole world is their oyster. And when in reality it turns out suddenly that in the real life this scenario does not work, then with renewed vigour  these slackers will run  away into their virtual world – it’s so nice and comfortable there, and only there the last one can become the first suddenly, even without making any effort.

It’s likely that many people have already noticed such a feature: in all modern films about law enforcement agencies, secret services or superagents, the main character must necessarily be such an off-system element acting at his discretion, ignoring the authorities, treating others condescendingly or with some contempt. Even if a team is shown to us sometimes, it is a mob of egoists forced to work together, rather than a well-coordinated team. So here – Agent H didn’t care about all the rules and regulations, and, to say the least, his relations with his colleagues are dubious. But the different matter is the main character, Molly – on the contrary, she has an exemplary sense of purpose and is highly career-oriented. Although in her personal life she has a complete failure, but the filmmakers make it clear that this is a matter of course, and she is still a successful and harmonious person. “Work, dear ladies, and the family, children and so on – you don’t need this.”

All of the above are behaviors that are broadcast to the masses from film to film. Of course, they do not become immediately the norm of life for the viewer. But after the tenth or hundredth story, somewhere in the subconscious of most people, who likes spending free-time in front of the screen, a certain toggle switch clicks, and the person begins to behave in another way, relying on lessons learned and repeated many times. 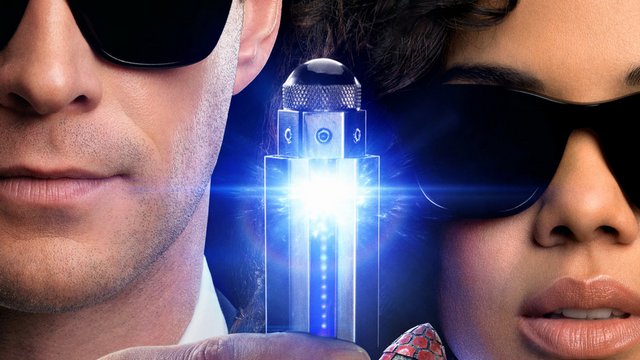 At the same time, only a small part of the algorithms is reflected here, in addition to which there are always scenes with alcohol as an essential attribute of usual life, with violence (for example, in one of the episodes the main characters H and Molly watch calmly an adult man beating a small alien animal for a full minute because of its talkativeness), with disregard for ordinary people, with reckless behavior and so on. And when you start to notice all these “glasses” by isolating them from the flow of fascinating action and special effects, the events of the film turn into a kind of program code with information modules that replace each other.

For a programmer sitting ON THAT SIDE OF THE SCREEN, this is simply a stream of numbers that will lead to an easily predictable result. For the viewer – this is a beautiful and fascinating tale. He is sitting in an easy chair, is chewing popcorn and keeps on looking forward.

The screen is flickering, the download process is in progress…

1+
Share:
Participation in the project
Tags:
New films
Also read:
Cartoon "Moana" (2016): Another poisoned fairy-tale from "Disney"
The movie “The Holiday” (2006): How to spoil the good plot by destructive markers
The film "Enemy at the Gates" (2001): Classics of anti-Soviet propaganda
Black Panther (2018): Just Another Hymn To Blind Luck By Marvel