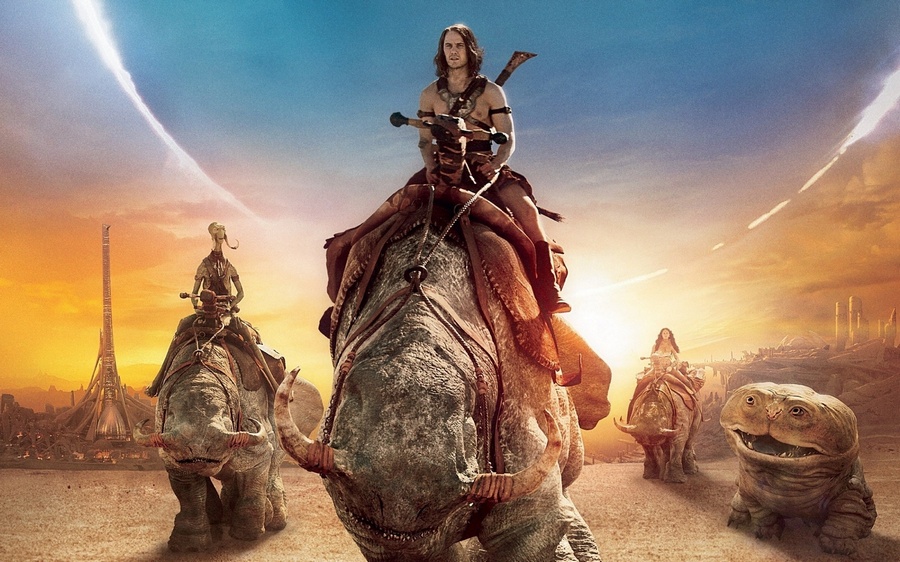 Staying on the sidelines in his world, he was caught in the middle of global events on another planet. John Carter is from Earth, he is betrothed to the Princess of Mars. What useful lessons can be drawn from this simple Disney film adaptation?!

As for me, I don’t really like movies that have personal names in their titles, such as “John Wick”, “Jonny D” (“Public Enemies”), “Benjamin Button”, “Walter Mitty” and so on. In my understanding, a large number of such titles indicate either the screenwriter’s poor imagination, or integration of other people’s names into the global consciousness. Because even from a market perspective, it would be more profitable to name the film “John Carter” in the original version – “A Princess of Mars”.

Why exactly “A Princess of Mars”?! Because in 1912 Edgar Burroughs, the author of the famous “Tarzan”, published a novel with exact same title. The novel was cinematized several times, and “John Carter” is the latest film version.

From the very beginning the film gradually introduces us to the main character. John Carter is a convinced deserter: while the brave cavalrymen invade the North American continent, he is occupied searching for treasures. Being completely disappointed in any ideals, he is desperate to get rich and arrange his life. Carter’s individualism can even be understood, considering what purposes his former associates adhere to, liberating American lands from Indians.

By accident the main character finds a mysterious artifact, which transports him to Mars against his will. It turns out that on “the red planet” there exists a developed civilization with its centuries-old history. Exhausted by long wars, the planet is on the brink of the last devastating war. Two kingdoms of humanoids (creatures, which in appearance look completely identical to people) fight for power in this world. And the third force – primitive race of multi-armed Tharks – remains aloof from the conflict.

As the story unfolds, Carter is trying to get back home, but he’s got to get involved in political events on Mars and try to prevent people from destroying each other. Basically, all this is quite common. However, there are several points, which considerably enrich the film’s central concept.

Many far from stupid people used to think that all wars and conflicts arise by themselves. As though a group of “offended boys” decided to beat a group of another “offended boys”, and accidentally the entire peoples and civilizations are being destroyed. That’s, probably, what the main character thinks, but once he is involved in the fight for Mars, immediately he confronts hidden forces. He discovers that all conflicts on the planet are controlled by some Therns, powerful beings, doomed to immortality, playing with living beings as they please. They are cynical and absolutely don’t believe in the development of inferior civilizations’ mind. At the same time, Therns themselves hamper technological progress in a peaceful manner. It is precisely these mighty beings that an ordinary man – the main character – challenges.

But John Carter doesn’t seem to be the case. Almost immediately we learn that the reason for the internal alienation was his personal tragedy, which he had experienced not long ago. However, having a highly developed sense of justice, John Carter by his actions begins to manifest himself differently that on Earth. On the one hand it is love for princess Dejah Thoris that encourages him to take action, and on the other, it is discovery that the unfortunate people are being manipulated by arrogant scoundrels, although possessing supernatural powers.

What does this film teach us?

Carter’s further actions characterize him as a true leader, who can inspire and unite entire peoples for the common good. And at the end of the film we see a purposeful, strong man, capable of outwitting even these puppeteers-demigods. Does he resemble that original spineless adventurer?! 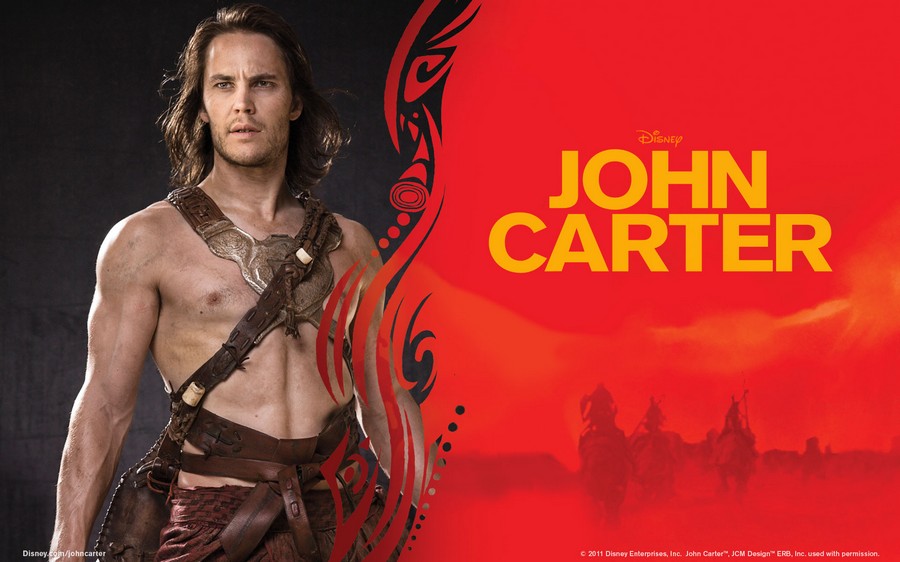 Aside from this, not less edifying images are vividly drawn in the film: unaccountability of marionette tyrants; science as a continuation of nature (the use of special properties of sunrays); urbanization leading to depletion of the planet’s resources (on the example of Walking City of Zodanga); the unity of global goals despite the racial differences and traditions (on the example of multi-armed Tharks that intervened in the settlement of the military conflict). Thus, underneath a simple exterior, it turns out that many implications useful for a thinking person are concealed here.

There is one scene where negative characters drink alcohol.

Absent, though the outfits of the Princess of Mars are sometimes quite revealing.

Present in large amounts. There is almost no blood; all the creatures on Mars have blue blood – a fairly common solution for films with a teenage audience.

Beneath a bright exterior of the film an attractive image of the main character is presented in it. Possessing special qualities on Mars, the main character, even after returning to his world, manages to outwit the powerful adversaries. He is ready to stand up for his beloved and to reconcile entire peoples for the common good. I believe, that the main character sets a positive example for the younger generation and he can inspire to achievements even mature men, fallen into despair.

Film Classification: PG-13
Export of the assessment
<a href="https://what-is-good.com/tv/films/john-carter-one-man-can-make-a-difference/"><img src="https://what-is-good.com/wp-content/uploads/2014/0/oc_g.png"/></a>
3+
Share:
Participation in the project
Tags:
Fantasy Good films
Also read:
The F Word: Overton window in action
Transformation of an image of American superhero
Musical "Into the Woods” (2014): Promotion of human vices in the mass
James Bond is a veteran of information war