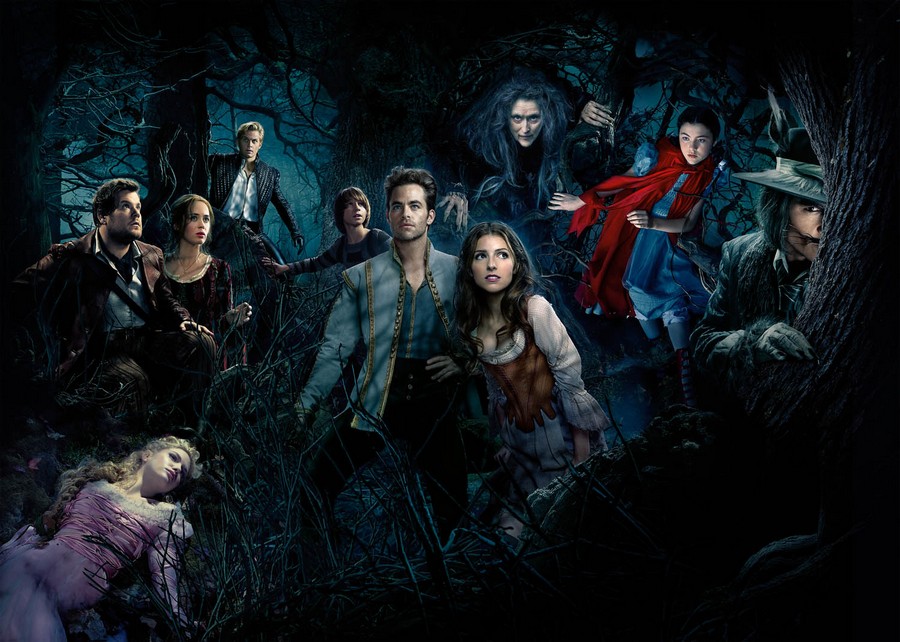 Review of the musical Into the Woods (2014) of the project What is good.

“Into the Woods” – a musical film of the “Disney” company, filmed after a cognominal musical of the end of the past century. The world premiere took place on December 8th 2014.

The plot of the picture is the following: someday a wicked witch put a spell of childlessness on a Backer and his Wife. The married couple sets out into the woods in search for four things-“artefacts” (“a cow as white as milk, a cape as red as blood, a hair as yellow as corn, and a slipper as pure as gold”) to lift the old curse. On the way the Baker and his Wife meet Jack from the “Jackand the Beanstalk” fairy tale, and also Red Riding Hood, Rapunzel and Cinderella from the cognominal fairy tales. Together they learn, what happens after “happily ever after”.

It is interesting to note, that creators of “Into the Woods” have not used such typical harmful subjects of the “Disney” as feminine fascism, hyper individualism, vulgarity and irresponsibility, but, still, have not avoided such themes as discredit of motherhood, promotion of evil and sexualisation.

Let’s further look at the moral content of the film in more detail. 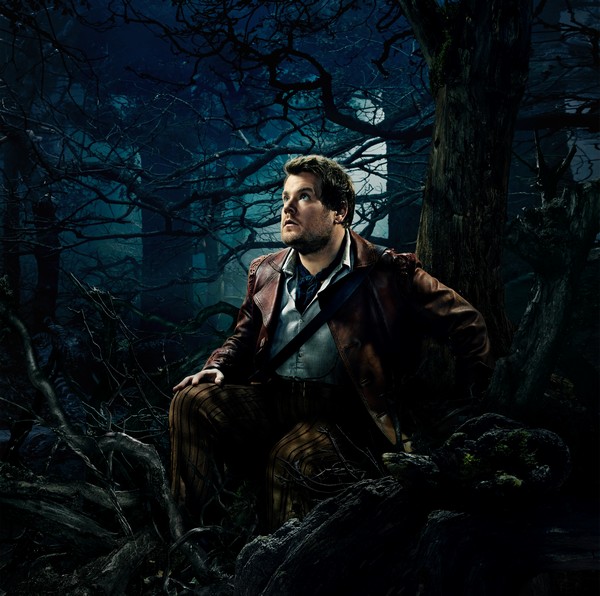 After his Wife’s death, the Backer, unable to bear the grief, has barely left his newborn child, however, his father’s ghost asks him to think about the consequences of this act. Such an example brings up a sense of responsibility in a person for his/her children.

Victimhood as a characteristic of true love (+)

Rapunzel was not afraid to cross a slough to cure her blind beloved prince. Such an example brings up in a person the readiness for victimhood as a sign of true love. 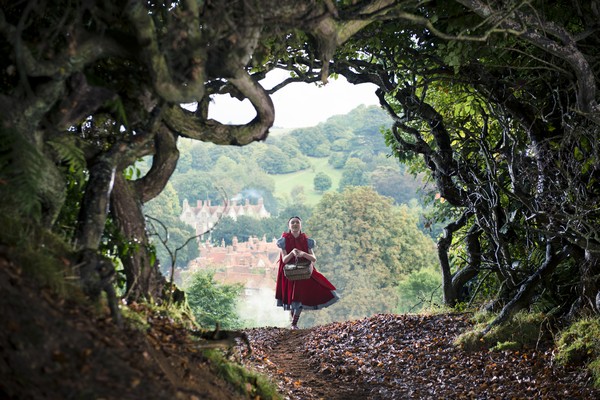 When the Red Riding Hood intended to visit her grandma, her mother (who is absent in the shot, but has a certain meaning) has given her an order not to strike into the woods from the path, but the girl did not listen. Further everything goes after the plot of the fairy tale: the girl met a Wolf, “gave away” to him, where her Grandma lived. Then the Wolf eats the Grandma and the girl herself. Of course, later the Backer unrips Wolf’s stomach (in the original it has been the Hunter) and therefore releases the Red Riding Hood and her Grandma, but still partly the moral about the importance of obedience exists in this fairy tale, after all there is not always a person there ready to help.

However it is not unimportant that after the case with the Wolf the Red Riding Hood, talking with the Backer, evaluates, what has happened, not completely negative. She says that the meeting with the Wolf affected her and brought much new information. Therefore, there is a message for a viewer left, that even though disobedience is going to bring trouble, it can turn out not so bad (=new exciting feelings and knowledge).

The given idea is presented in the film in several cases:

– Because the Backer’s father had stolen from the witch a handful of magic beans (in order to make his wife’s wish granted), his family tree “became forever sterile”;

– Jack, having stolen a harp from a Giant and having killed him, enriched his mother, but after all that the Giant’s Wife started to threaten the whole kingdom in retribution for killing her husband.

Such examples partly teach, that one should reach his/her goals only as part of morality (in given cases – avoiding theft), in order not to get in trouble.

However, not all events in the film observe this postulate:

– In the beginning of the film the Red Riding Hood blatantly steals cookies from the Baker and his Wife. At that the Backer is trying to break her of that, and his Wife stops him, she said, the girl is still growing up, let her eat. Therefore, acquisitiveness in this movie is shown as a normal happening during moving into adulthood. But in reality it is not so: from the cradle one needs to teach a child, that acquisitiveness – is bad, since this vice in time can come to theft;

– Also, it is not unimportant: an example of the punishment of parents of the Backer by the witch is slightly ambiguous – here the punishment is not equal to an offence. Relatively petty theft is being punished by the damnation of generation.

However, let’s look at all them closer:

(-/+) Backer’s Wife, who throughout the story becomes a mother, firstly, is a positive character, but by the end is regressing (=cheating on his husband) and dies after.

(-/+) Witch, from the one hand, loves her step daughter Rapunzel very much, on the other hand, shows hyperprotection and comes to fanaticism in upbringing. She has also forcedly taken away Rapunzel from the Backer’s mother as a punishment for theft. 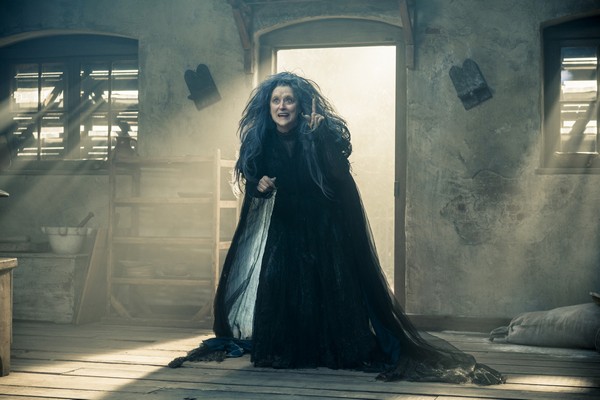 (-) Witch’s mother curses her daughter for lost beans from the garden and as a result kills her.

(-) Because of the Backer’s mother all trouble in the story has begun: she wished to have many plants in her garden -> this lead to unfortunate theft of beans from the Witch -> because of that the curse has been put -> as a result of which there have been many misfortunes and deaths of the heroes…

(+/-) Red Riding Hood’s mother – the most positive mother’s image (=takes care about her daughter and her mother), which, however, never appeared on a screen, and in the end the heroine, supposedly, dies because of the Giantess.

(+/-) Red Riding Hood’s grandmother – is presented in shot for not so long; throws at the Backer a bloodthirsty phrase, that he needs to peel off the wolf’s skin…

(-) Cinderella’s step mother – is a negative character. Cripples her daughters for the sake of good marriage: with her own hands strikes off parts of legs of her daughters (Florinda – a toe, Lucinda – a ball) to make slipper animalcule fit.

(-/+) Jack’s mother – is an unpleasant woman, who at first is constantly dissatisfied with her son. Throughout the story her attitude towards her son changes to more kind. Finally, dies according to the plot.

Promotion of evil as good (-)

– The Cinderella and the Red Riding Hood sing the song in the end of the movie: “No One Is Alone”, which promotes the idea, that parents sometimes are not right, and witches appear to be not so bad (=Disney’s patterns of “good evil” and parenting discredit). The song is being sang about, from the one side, that it is wrong to kill the Giantess, but in their case it is needed to be done, let in their parents’ eyes, who had always taught them good, it would seem horrible. I.e. the idea of necessity of evil is being carried out. Script writers, if they would want, could quite easily create another, humane way out of the situation with the enraged Giantess. Instead the necessity of a murder with the hands of good characters is being placed (by the way, the Cinderella and the Red Riding Hood in the role of murders – it is rather “cool”…). 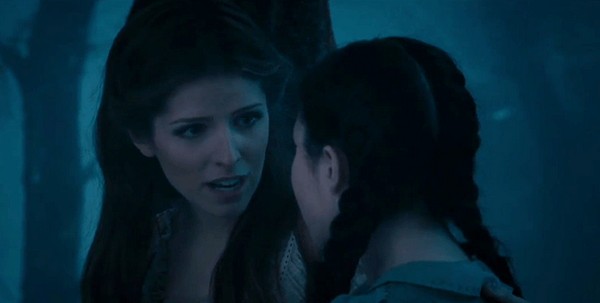 The propaganda of extreme importance of a beautiful body and appearance for success is being tracked. An example of it – the Cinderella’s Prince. Despite his obvious lameness and inferiority of soul, he is quite successful because of his pleasant appearance – he succeeds to seduce the Backer’s Wife into love affairs, not getting any opponency. And after Cinderella’s disappointment he uses his appearance as some visiting card – during the last conversation he delicately “makes eyes” at her, as if hoping for forgiveness and understanding of the girl, and when received a refusal, asks her, whether or not she really wants it. This imposes the thought, that only the one, who is handsome/beautiful, is successful, which is in reality – an absolute lie. 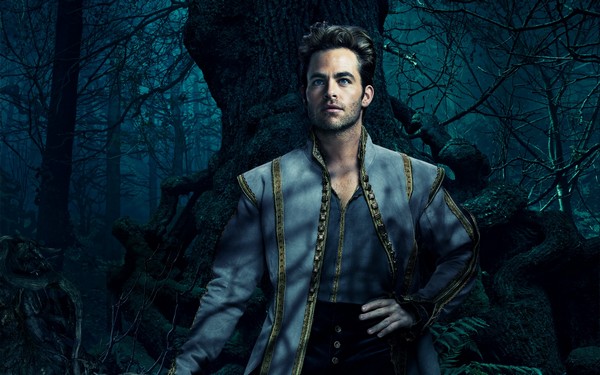 The Cinderella’s Prince seduces the Backer’s Wife on sexual relationships, demonstratively hugging her and kissing, herein with the Cinderella herself he has only had one and a lot more humble kiss. At that an image of sin here is shown so much attractive, that during this scene viewing one practically can’t turn away from such sight. However, with all outer attraction of the scene one should remember, that such savoring of an affair is dangerous with decrease in society’s immunity from such “lifestyle”, which leads to a destruction of a family institute and further society’s degradation.

It is also interesting that the Backer’s Wife is being punished for the affair (=dies), but the Prince, at bottom, not. Till the end of the film he is being pictured in the halo of success – handsome, rich and influential. He can do whatever – including cheating. Therefore, an affair here is being promoted as a permissible step for a man.

Appetence of the Wolf towards the Red Riding Hood judging from both heroes’ speeches can be treated as sexual. The Wolf actively praises physical sides of the Red Riding Hood in the song (gentle, fleshy, willowy etc.) + at that he demonstrates a feeling of desire + in every way conquers the sympathy of the heroine (shows her inner side of his jacket, where there are many sweets at option / lays in front of her in a come-hither manner / gives her a flower etc.). 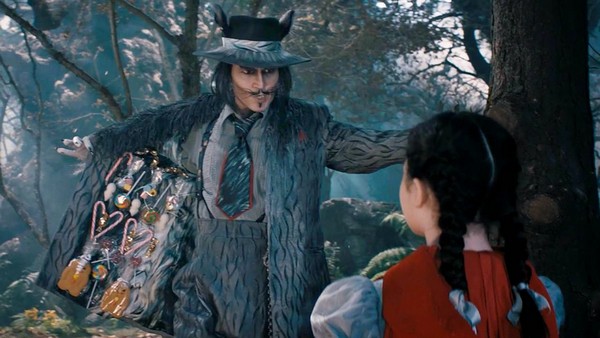 Superficially it is given that the Wolf wants to eat her, and he is excited in foretaste of a good meal. However, the “assembling” of the situation (heroes’ speeches, demonstrated feelings, Wolf’s striving to conquer the girl) – are typical for sexual theme, i.e. the implication, that the Wolf is being sexually attracted to the Red Riding Hood in the scene is included. This interpretation is confirmed by the fact that further, according to the plot, the Red Riding Hood mentions, that the Wolf “excited” her and showed he “such things”, she has never seen and knew before. At that the Wolf – is a grown up man, and the Red Riding Hood – a young girl. Together everything is gathered in a hidden image of pedophilia.

- Short scenes with torso nudity of princes;
- Two scenes with kissing of the Prince and the Rapunzel;
- Especially attractive scene with kisses of the Backer’s Wife and the Prince of the Cinderella, where both are cheating on their marriage partners;
- Superfluous sexiness of some characters – the Prince and step sisters of the Cinderella;
- Hidden image of pedophilia (the Wolf’s appetence to the Red Riding Hood, based upon scene and speeches of the heroes, can be treated as sexual, at that the Wolf – is a grown up man, and the Red Riding Hood – is a young girl).

- Florinda (one of the step sisters) gives Cinderella a strong cuff, because of which she falls down;
- The Backer by force tears off the Red Riding Hood her cape;
- The Red Riding Hood beats up the Backer;
- The Backer off-screen rips up the Wolf’s stomach to set the Red Riding Hood and her grandma free;
- The Witch throws Rapunzel’s Prince into blackthorn, because of which he loses his vision; ·
- The Witch by force cuts off Rapunzel’s braid;
- The Red Riding Hood threatens Jack with a knife;
- Mentioning the Giant’s death;
- Off-screen cutting off parts of legs of Cinderella’s sisters, provided with distinctive sounds;
- Mentioning that birds pecked out Cinderella’s sisters’ eyes;
- Off-screen deaths of Jack’s mother, the Backer’s Wife, the Witch;
- The Backer and Jack throw in the Giantess with rocks to death.

Export of the assessment
<a href="https://what-is-good.com/tv/films/musical-into-the-woods/"><img src="https://what-is-good.com/wp-content/uploads/2014/0/oc_r.png"/></a>
7+
Share:
Participation in the project
Tags:
Bad films Disney
Also read:
Adverse film indicators
What is taught us Disney`s princesses?
"Ghost in the Shell" (2017) Promotion the ideology of transhumanism
Film “Red Sparrow” (2018): An example of anti-Russian propaganda