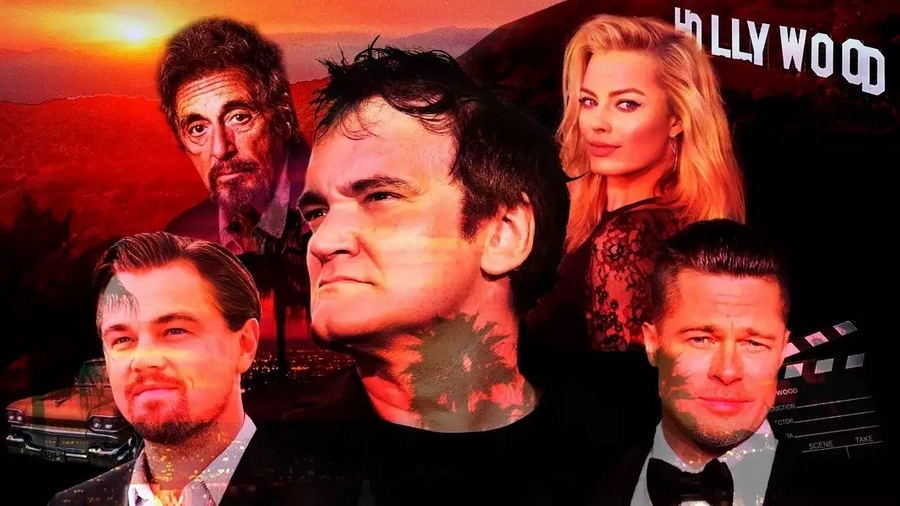 Hollywood movies often have the same patterns, so when a movie goes beyond them, it delights the audience and arouses sincere interest.  The unique style, which breaks the usual logic of the “dream factory”, made director Quentin Tarantino famous at the time. However, “breaking the logic” and creating a good movie are two different things. And what attracts public attention is not necessarily a piece of art.

After all, art, especially public art like cinema, affects society one way or another, stimulating it to move up or down. And to call someone a “classic” without assess the message of his art means unreasonably put the labels. A couple of decades from now, it may suddenly turn out that “world-renowned movies” is an example of an anti-culture that leads not to creativity but to destruction. It means that the authors of such movies are not the people to be honored and remembered.

However, to international film critics, whose reviews are published in major publications, these simple and logical thoughts will seem insane or inappropriate in general. For them, art is important as an act of manifestation of the creator, and they do not think about the influence on society. And often they are quite sincere in their position, why should they care about people if they have nothing to do with them but attribute themselves to the “intellectual elite” or “intellectuals”. Such journalists can still show knowledge of the subtleties of life or gossip about “star’s” life, but they cannot analyze the content of the film. They also bow down before the biggest movie stars, so if the king comes on stage naked, they will admire his unique and unforgettable outfit.

And because of this peculiarity to focus on external and secondary details this category of writer today represents the main support group of the modern film industry. When evaluating the film, they primarily look at the entertainment and aesthetic components of the film. And question like “what kind of idea does an ordinary viewer receives from this film?” they don’t even bother.

Here’s another film from Quentin Tarantino named “Once Upon a Time in Hollywood” has gathered unanimous enthusiastic reviews in the press and at festivals. The rambling story consisting of separate and chaotic episodes, the film critics explained by the fact that the film allegedly tells the story is not about a particular actor but in general is devoted to one of the epochs of Hollywood. Therefore, the plot is not particularly needed, because the main thing is to convey the atmosphere and mood. In the constant cigarette smoke and drunkenness of all the characters film critics saw the amazing romance and truth of life. Blood and violence have been described as the director’s hallmark supplementing unique style. And so on.

When you get into the kingdom of the “Crooked mirrors” everything turns upside down there. The same feeling emerges after watching the film and reading the reviews published in the official press. Only a few feminists have protested that women are being beaten too badly in this film. But feminist criticism in our society is much more often taken as compliment. So, they willingly or unwillingly created additional advertising for film.

But let’s try to ignore the positive halo created around “Once Upon a Time in Hollywood”, let’s stay away from the admiration of the actors, let’s dismiss the opinion of film critics and give an adequate assessment of how much benefit and harm this new “masterpiece” of Tarantino will bring to an ordinary person.

The storyline focuses on the story of actor Rick Dalton and his stuntman friend Cliff Booth (played by Leonardo DiCaprio and Brad Pitt – so awesome… but we agreed to ignore the movie stars), which takes place in the late 60s of last century. Rick’s really worried about his career going down. The times of his past fame, when he was starring in popular actions and Western movies are gone, and now he is getting the roles of villains in B-films and TV series. Cliff’s trying to support him either by using a swear word, or just offering a shot of whiskey with a cigarette, or helping him around the house. Despite the image of a strong male friendship, in general, the characters are quite pathetic: no family, no children, live in pursuit of fame and money. At the same time, Cliff is shown to be somewhat brutal and courageous (when his wife started nagging, he just shot her), and Rick is a very impulsive drunk moron, who sometimes has impulses for inspiration and acting. 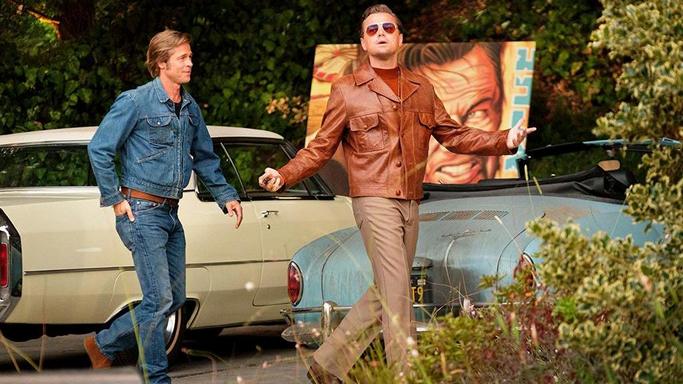 Characters look particularly pitiful in terms of assessing the content of their lives. Cliff finds happiness in being around his friend Rick all the time and spending his free time with his dog or drinking beer in front of the TV. Despite this, in the storyline, he seems to be like a veteran-hero, who can easily beat even Bruce Lee.

His friend Rick is a sad result of a meaninglessly lived life – he chased only for external success and acting realization. Questions like: “What kind of movies do I act?”, “What do my movies tell people?”, “Am I a good person? and etc., he basically doesn’t ask himself. In other words, growing professionally, he thought only of himself (perhaps sometimes about Cliff) and how to get to the top of the show business. And when his career suddenly makes a sharp turn down, then, naturally, he begins to feel depression with all the consequences: drunkenness, panic and suffering. Pretty a logical and fair outcome for an egoist. If this was the end of the film, it would be quite instructive in the good sense and would bring useful moral to the viewer: “If you live only for yourself, you will end up alone with a bottle in your hands”. Sad but true.

By the way, this topic is very relevant today. After all, modern actors are only taught to play their role well. But to think about the meaning of the film or staging in which they participate, they should not at all. Directors, producers and screenwriters will think for them. Because of the lack of moral aspect in the teaching acting, the actors are ready to accept any role offered to them. In fact, each actor has a significant part of responsibility for the contribution he or she makes to the society acting in constructive or destructive films. And in order to avoid a heartbreaking and shameful feeling at the end of life, it is necessary to consciously choose each role.

But in the film, the topic of morality and fairness are revealed exactly the opposite, from which it can be concluded that Hollywood well aware of all these nuances. That is why Hollywood tries to convince society of the opposite: the selfish and individualists stuck in their vices seem to be successful people, despite the fact that it contradicts the objectively existing fairness.

Rick and Cliff live next door to the Hollywood star Roman Polanski, whose career went uphill thanks to the creation of horror movies. However, after the first successful premiere, his pregnant wife and three friends were brutally murdered by maniacs in his own house. This tragedy should have made the director think about the rightness of the chosen path. It is quite logical to assume that if you make horror films, i.e. bring blood and violence to the society through your art, then there is a high chance that all this will come back to you. But from the fact that Polansky, after his wife’s death, “successfully” continued his career, without changing his repertoire cardinally, it means he did not understand the “message” and decided to continue to tempt his luck.

Actually, in the film ” Once Upon a Time in Hollywood” Tarantino plays up this tragic incident and turns it in a different direction. A group of maniacs, a few members of the hippie community, come to the house not to Polanski, but to Cliff, Rick and his young wife. The most significant episode is when hippies sit in the car and one of the crazy girls says the following monologue.

“I have a plan in my head! We all grew up on TV. And since we grew up on TV, we grew up watching the murders. All the shows except “I Love Lucy” were full of murders. So, I figured, let’s kill those who taught us how to kill! We are in the heart of evil – fucking Hollywood. A whole generation was raised here on the murders. And those who taught us live in luxury. Let’s kill them all!”

After this fiery speech, a group of hippies spontaneously decides to simply massacre in the area where the Hollywood stars live.

There is a trick in manipulating public mind – in order to discredit a rational idea, it is necessary that the idea be publicly said by an inadequate marginal. The use of such trick we observe in this film. The right arguments that modern TV and cinema broadcasting the negative model of behavior in society are now discredited in front of audience by the fact that these arguments are pronounced by crazy maniacs.

Feel how subtly it’s been done! After all, Hollywood and the cinema as a whole really bear a huge responsibility for the level of violence and crime in society. But according to the logic of the story, if you think the same, you’re as crazy as those hippies who will be burned by a flamethrower at the end of the film.

At the end of the story, Rick and Cliff easily deal with this group of crazy maniacs who are extremely stupid and absurd. At the same time, the murder scenes are shown in deep details and with elements of sadism: a man hits a woman’s head against the floor, then breaks her nose, and finally makes the dog to attack her, and so on. All this is presented with humor and smiles, as Cliff is in a state of drug euphoria, so murder and cruelty give him pleasure. Anyway, you can see the work of a “master” Tarantino…

At the end, the police arrive, pick up the corpses, and due to the noise, the famous neighbor Roman Polanski comes out and eventually shows a professional interest in Rick. Before the final titles, they’re having a nice talk. Thus, the audience realizes that now the main character has finally got lucky, establish the right contacts, and his career and his friend will be fine from now on. Happy end. 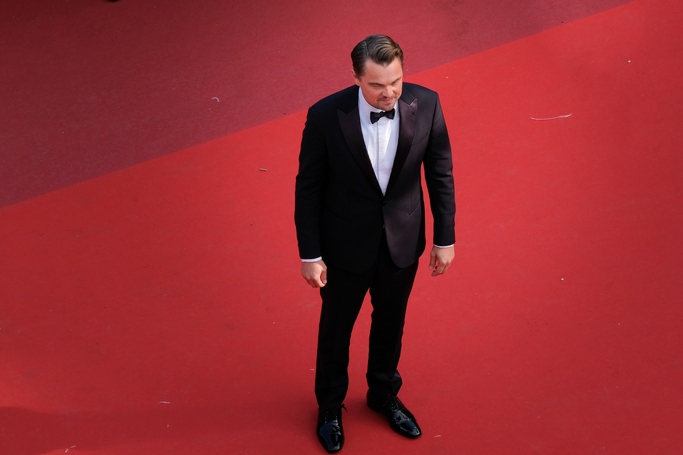 The entire film is in a cigarette smoke. The number of scenes where heroes smoke (including the use of drugs and acid) probably exceeds 100 episodes - it is obvious smoking propaganda. Alcohol is also shown a huge number of times. It appears that alcohol and tobacco companies are most interested in Quentin Tarantino’s growing popularity, because first of all he works precisely for their interests.

Episodes with violence are shown with a high degree of detail. Scenes in which adult men beat women, break noses, hit heads against the wall and floor and then burned woman by flamethrowers, and so on, look particularly disgusting.

The film in artistic form conveys the following thoughts to the audience: 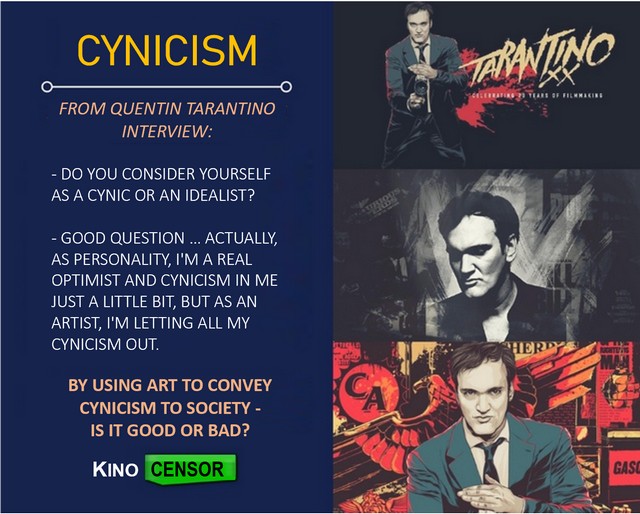 Export of the assessment
<a href="https://what-is-good.com/tv/films/once-upon-a-time-in-hollywood-on-the-responsibility-of-actors-for-the-realization-of-their-talents/"><img src="https://what-is-good.com/wp-content/uploads/2014/0/oc_r.png"/></a>
3+
Share:
Participation in the project
Tags:
Bad films
Also read:
The film "Enemy at the Gates" (2001): Classics of anti-Soviet propaganda
Film “Wonder Woman” (2017) - analysis without emotion
"Venom" (2018): Being parasite carrier is good!
Background message of the TV series “House MD” on the example of one episode