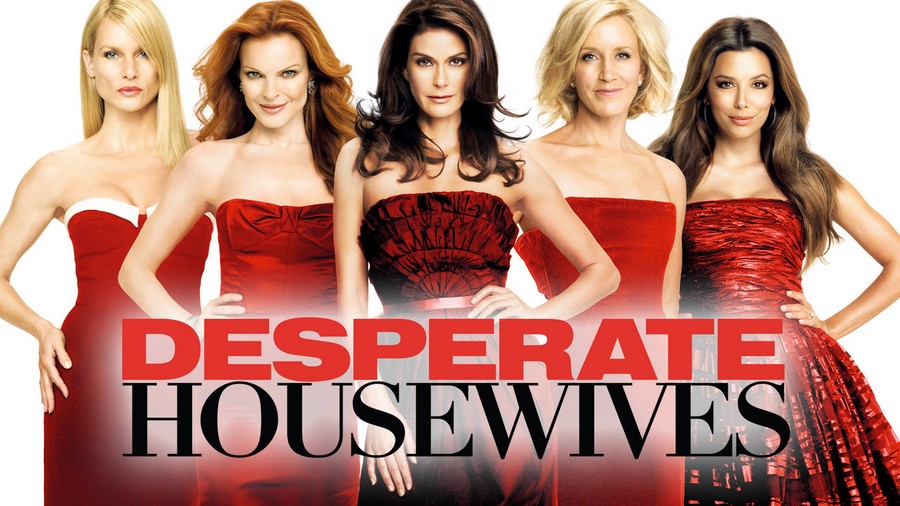 Desperate Housewives is an American television series created by Mark Cherry and produced by ABC Studios and Cherry Productions. Its premiere took place on October 3, 2004 on ABC, and the final was shown on May 13, 2012. During this time, 8 seasons were filmed. The series quickly gained a good popularity among the audience and remains one of the most popular today. In total, Desperate Housewives have  for about fifty different awards and prizes . Based on the film, computer, mobile and card games were released.

We would like to start with the title of the series – “Desperate Housewives.” Even in the name itself there is already a destructive bookmark. This is a discredit of the image of a housewife. We are immediately  told that if a woman instead of work and business sits at home, managing her household and raising children, then she will despair. And here we are invited to look at such women who are desperate from the household and, apparently, learn from their lives.

The series takes place in the fictional American town of Fairview. All events unfold around five friends, one of whom in the first series committed suicide. All plot heroines have their own families. Let’s analyze the main storylines and try to understand what the creators of this movie want to tell the audience.

Main storylines and the main characters.

Let’s start with the Solis family. Young, showy and beautiful Gabrielle and her rich husband, businessman Carlos. At first glance it seems that they do not like each other. Gabrielle married a fortune , Carlos married for external beauty. Apparently, the filmmakers are trying to justify this betrayal of Gabriel. When her lover asks why she is cheating on her husband, he hears this answer: “I do not want to wake up someday with the desire to put a bullet in my temple.” It turns out that if you love your husband and are faithful to him (as was the case with the shot friend Mary Alice), then at some point you will definitely feel the worthlessness of your life and hopelessness. 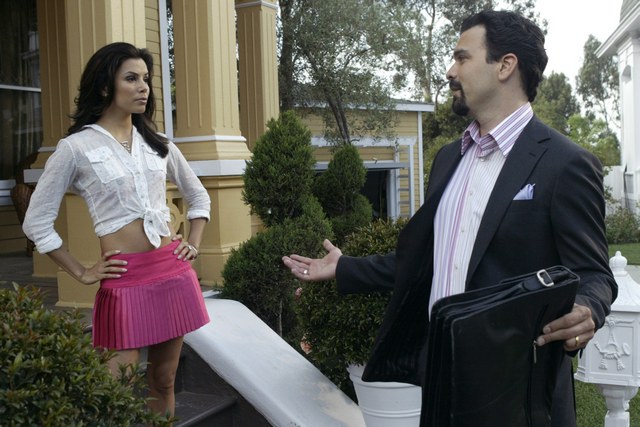 In addition, Gabrielle cheated on her husband with a minor! Seduced a schoolboy! And if, due to the fact that Gabriel betrayed her husband, she still has guilty conscience, then the fact of pedophilia went unnoticed! Even the schoolchild’s parents, learning about this, limited themselves only to empty threats. The actor, who plays a young lover, does not look like a teenager. In appearance, he is more likely a young guy who is visually more suitable as a couple for Gabrielle (in the perception of the audience, this made it possible to partially justify the incident). Thanks to the director’s work and the creation of a beautiful live frame, the moral component faded into the background: instead of an adequate assessment of the content of the film product, millions of viewers clung to the screens in anticipation of the continuation of this story.

In one of the following seasons, it turns out that Gabriel was raped by her stepfather when she was  a child. She, hoping for the support and protection of the closest person, reported this to her mother. But she not only did not believe her, but also accused her daughter of the fact that Gabriel herself had seduced her stepfather. Here is such a subtle discredit of motherhood. After all, mother is the one who gave you life, which from birth will love, protect and care her child. In the series, the mother is shown as a monster who maimed the psyche of her child.

A few years later, Gabriel and Carlos will have two children. And we will be shown how Gabriel has dramatically changed with the birth of children. She will lose  her former attractiveness, gain extra pounds and will look very sloppy. Why it is not the promotion of the child-free ideology?

In the final series it turns out that Solis is a fairly happy and strong family. that means that, the creators of the series convey to the audience the idea that, despite the marriage of convenience, betrayal and consumer relations to each other, people can be happy together.

Go ahead, the Skavo family. They are, so to speak, the exact opposite of the Solis family. At first glance, this is a happy large family, but if we dig deeper, we will again come across attempts to undermine the foundations of the institution of the family and promote the ideology of Child-free. The family has four children, a fifth will be born in future seasons. We are shown how happy the mother was before the birth of her children: Lynette had a very successful career, busy at work , and she liked it. But at some point there was an unplanned pregnancy, then another, and now Lynette turned into a desperate housewife. She also has a repulsive, unworthy woman appearance: unkempt, untidy, walks in stretched hoodies, her clothes are constantly dirty with baby food. 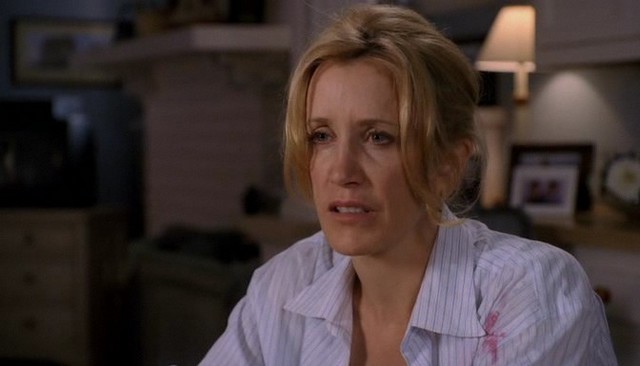 Also, our housewife is sloppy in everyday life, an eternal mess reigns at home. It is shown how she literally goes crazy with children who are not obedient and absolutely not raised. And at some point she even thinks about suicide. Here is such an image of a mother with many children, the authors of the series offer us.

Lynette’s husband does not help his wife at all in housekeeping and raising children. He is at work all day, often off for weeks  because of his business trips. And what  he does when he comes home for the weekend? Maybe he goes for a walk with his children so that his wife can take a breath? Or helps with something around the house? No! Throwing the ball into the street for children like for dogs and  he drags his tortured wife to bed! The top of cynicism. There is no love, at least on the part of the husband, in this family.

When one of Skavo’s sons grows up, he meets a Russian girl and decides to marry her. But, of course, she turns out to be a fraud, a marriage speculator. How can it be without humiliating the image of a Russian person in an American film?

Third family: Bree van de Camp, her husband Rex and two children. This family is a hotbed of vulgarity and perversion. Bree and Rex have serious problems, their marriage is on the verge of collapse. Rex’s sexual dissatisfaction is to blame. Frankly, he is a pervert. Bree does not want to understand and accept his deviations. Rex’s betrayals are justified in the same way. The film clearly shows that Bree is wrong – she is represented by a retrograde and looks guilty to the fact that because of her outdated outlook on life and her unwillingness to recognize sadomasochism as the norm, her marriage collapses. As a result, in the story of her husband dies. Everything has been done to incline the viewer, inspiring him with the idea that perversions have long been the norm, and everyone who does not accept them only ruins the rest of their lives. 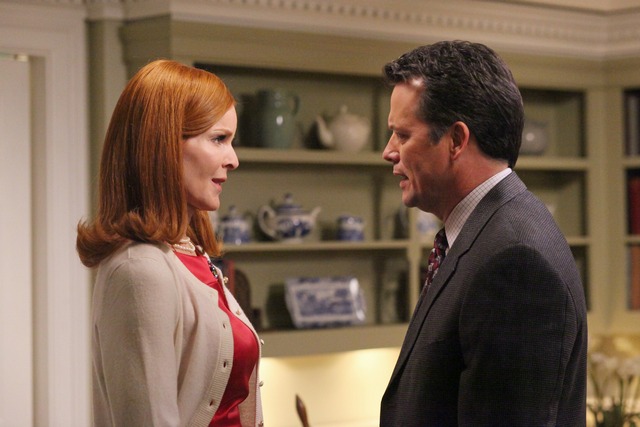 But that is not all. Their teenage son decided that he is a homosexual. Bree, learning about this, at first has little resistance, and then accepts this fact and she is quite positive about a couple of homosexuals. The creators showed us that life taught Bree to behave “right.” She had already lost her husband because of her rejection of perversions, now, so as not to lose her son, she would give up her views. Even the priest whom she invited to speak with her son and instruct him on the true path, accepted him as he is.

By the way, in the next seasons a couple more perverts will come to live in Fairview. In the series, they are represented by very nice people who will adopt the girl and take care of her no worse than a traditional family, or maybe even better (especially considering what kind of traditional families are shown in the film). Naturally, there is no resistance or indignation among the inhabitants of Fairview. No one reacts to a couple of buggers in the neighborhood, the attitude towards them is quite ordinary. 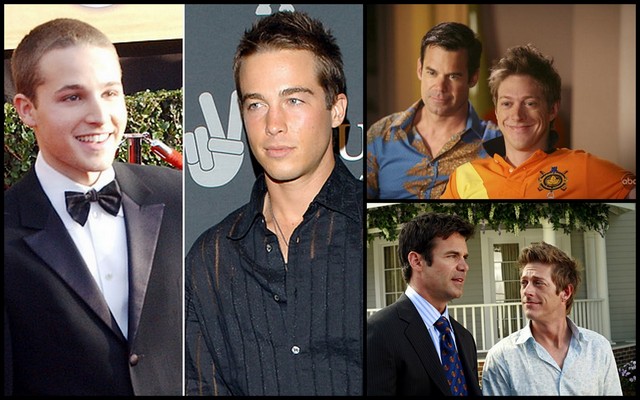 Back to family Van de Kamp. They have a daughter, that they tried to raise as a chaste girl. But the authors of the series wanted to show it to the viewers, that was impossible. That is what the girl herself tells her mother: «What’s the big deal? At school everyone has sex, that’s ok». As a result, in her teens she became pregnant from an accidental relationship.

And the last family: divorced Susan Meyer and her daughter. There are fewer destructive bookmarks, but this is not easier. The family is shown to us incomplete, unhappy. Susan’s husband cheated on her, and they divorced. Susan desperately seeks a life partner, sorting through many men, finally finds her happiness, and then not for long: bandits kill her husband.

At the same time, the teenage daughter is aware of all her mother’slove affairs, freely discusses intimate topics with her, asks how long her mother had sex, whether she took a pill before the act, etc. And this is demonstrated as a wonderful parent-child relationship. There is a clear propaganda of sexual education of children. Susan herself, despite the fact that she is a wife and mother, works part time by filming a spring cleaning of an apartment in skimpy clothes on a webcam. Showing “all the charms” of such work: it’s not difficult, not dusty, you don’t need to leave the house, and money is poured right from the sky.

With each season, new characters appear in the series, but in general, for all 8 seasons, not a single more or less positive character has been shown. The only thing that can be highlighted in this film is friendship. Yes, indeed, the main characters carry their strong friendship through years and dozens of episodes. But this is a drop of honey in a tar barrel.

In the frame, alcohol constantly appears, everyone drinks. Alcohol products are shown here as a common food product. Although, excessive alcohol consumption appears in a negative light (Bree Van de Camp becomes an alcoholic, and her son, who doesn`t mind driving drunk, knocks a person), but alcohol consumption "in moderation" is approved. And it is even claimed that marijuana can help a cancer patient.

The film has many frank bed scenes, talks about sex. Almost all the heroes have an erratic sex life, having gone through a bunch of partners of different ages over 8 seasons.

Although the series is about housewives and, it would seem, about ordinary everyday life, in the film there are always some villains and tragic events. Many things happened there in 8 seasons: street riots, plane crash on apartment buildings, tornado, hostage taking in a supermarket. Many people, it would seem,live on a calm street: maniacs, killers, pedophiles, terrorists, mentally ill people. Naturally, these criminals cripple and kill people during the series, which is demonstrated with a high degree of detail. Here, dear viewers, watch the series and live in eternal fear: what if your neighbor is a murderer or a terrorist.

So, what are the goals of the series “Desperate Housewives”:

Film Classification: NC-17
Export of the assessment
<a href="https://what-is-good.com/tv/tv-series/desperate-housewives-or-a-guide-how-to-build-an-unlucky-family/"><img src="https://what-is-good.com/wp-content/uploads/2014/0/oc_r.png"/></a>
2+
Share:
Participation in the project
Tags:
Bad films
Also read:
«Deadpool»: Is Killing Funny?
«Suicide Squad»: Can the evil be white?
Musical "Into the Woods” (2014): Promotion of human vices in the mass
The series “Early Edition”: What would you do if you got tomorrow's news?