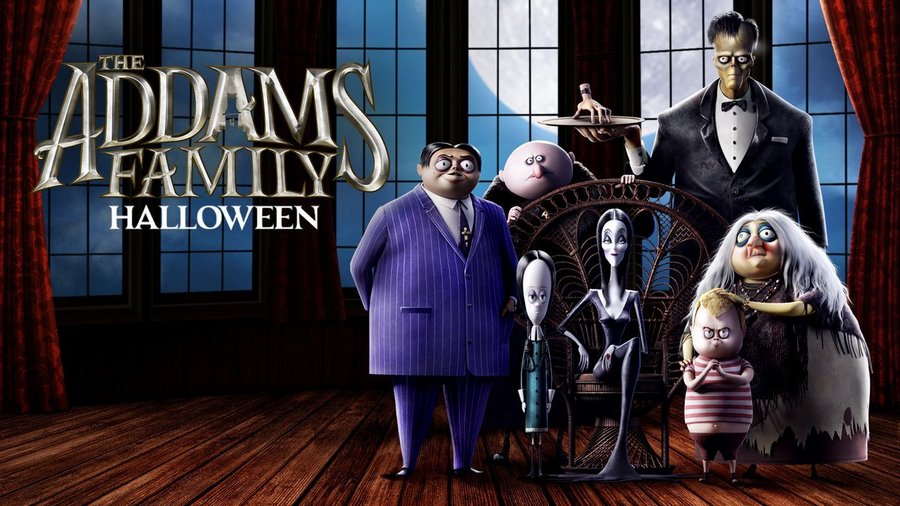 Modern children’s cartoons lack honesty and kindness. They have become a toxic product for both children and adults. But on the eve of the Halloween, Hollywood decided to surprise the parents by releasing “the Addams Family”. It is advertised everywhere on the Internet, TV and even outdoor posters as “a great story with charismatic characters and beautiful animation”, which sounds very vague and poorly describes the content. So, let’s be a little specific and offer our version of the poster for this cartoon:

“Do you like it when relatives call each other “freaks”? Do you find it funny to make makeup out of father’s and mother’s ashes? Torn limbs and cadaveric spots on your face amuse you? Your children love you too much, and it wouldn’t hurt them to inculcate a little hatred towards their parents. Do you want to see how an old witch flirts with a corpse or how a child feels sick at a dinner table?

Then this movie is for you. Quick, take your children and go watch a new fascinating cartoon about the family of corpses. You will find stunning and funny games in which “the son wants to kill his father”; jokes like “accidentally shot uncle ten times in a row”; excellent vocabulary from the marginal elite; good monsters; terrifying words of love; inspirational confessions of hatred and more.

In all this carnival of mourning music, tombstones and dead bodies, there is a Happy End, where ordinary people have to apologize to a bunch of monsters, ask their forgiveness and try to arrange their lives. Long live tolerance, death and the right of everyone to be themselves, even if they are mentally ill!”

From time to time, terrifying news that some lunatic in a drunken state shouting about “Satan” broke into a kindergarten and killed a child. And all the major mass media all together are beginning to blame teacher who “overlooked”, then the director who “didn’t control the security,” the city administration who “appointed such a director”, and so on. But no one pays attention to the environment in which we all live and in which children grow.

And why we are surprised these incidents occurred if we watch SUCH cartoons? Indeed, in 90 minutes they demonstrate hundred times how fun it is to blow someone up or pierce with a saber. And it all comes with jokes and smile. And all this is approved by the Ministry of Culture of Russia and approved to show in all cinemas of the country. And all this is actively promoted in the media and looks like a NORM to young people! 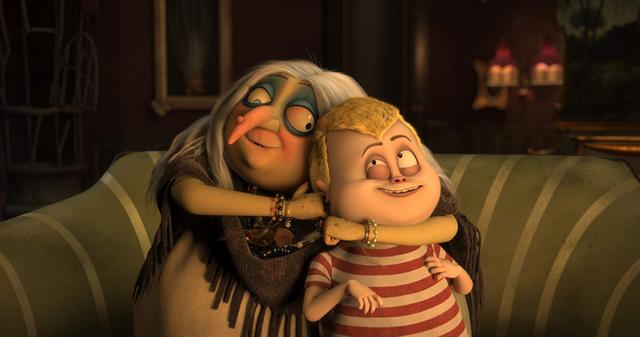 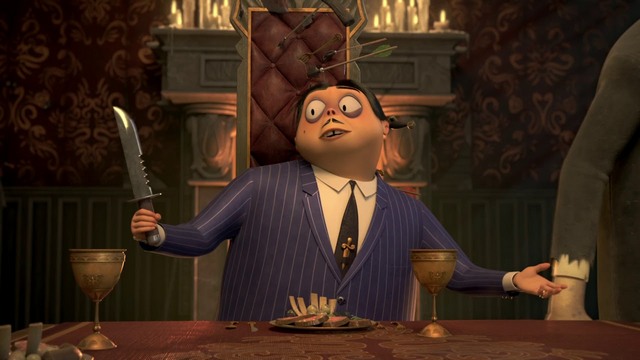 After all, you can agitate for life, but you can agitate for death. You can form in children a respectful attitude to adults and their parents, or you can through such cartoon give them confidence that their “ancestors” do not understand anything. “Forgive me son, I was so focused on traditions that I did not allow you to BE YOURSELF,” the main character tells his offspring at the end of the cartoon, admitting that following traditions is stupid and absurd. And meanwhile, this kid, according to plot, knows how to kill and blow up everything around him, and “BEING YOURSELF” for him means doing exactly what he knows how to do well. “Mom, I decided to shave my head and try on the corpse’s outfit, from now on I’ll look like this and don’t dare to suppress my personality.” It is broadcast through the image of another character, whose behavior also justified, because her mother is the main villain, not even loving her daughter.

You can give the younger generations examples of sublime love and selflessness, or you can show the relationship between a man and woman like this: “She is the woman of my dreams. Her breath smells like poop!” This is not the delirium of the author’s sick imagination, but a direct quotation from the cartoon with a budget of $ 40 million. Is it really necessary to be an expert to understand that such things are not suitable for children’s animation and in general for cinema? Or it is obvious to anyone who thinks about the future? Then, what kind of people create and release such cartoons? And who and for what purposes provide them a budget of millions of dollars?

Of course, after watching such a movie, children will not become sadists and maniacs overnight, although a certain cynicism and insensitivity will get in any case. But if they watch ten of these kind cartoons or a hundred – what then? Already for very young kids there is “Monsters on Vacation”, for teenagers – “The Addams Family”, and for those who are older – “Joker” with the following message “understand and forgive the killer”. After all, product advertising does not affect the audience from the first time, but it does later! Otherwise, the corporations wouldn’t have invested so much money in ads. And what do such cartoons advertise? What behaviors do they offer young viewers?

When, after the next blockbuster release, another psycho breaks into a kindergarten or school with a knife, and the mass media and TV start agitating again for high fences, cameras and barbed wire around building (so our children feel like in prison), do not fall for such manipulations. Better pay attention to those who inform and support the madness, who hide violence and sadism under bright and attractive forms. Fighting them is a more reliable defense than stone walls.

Source: Review on the site KinoCensor

Additional materials to the issue: 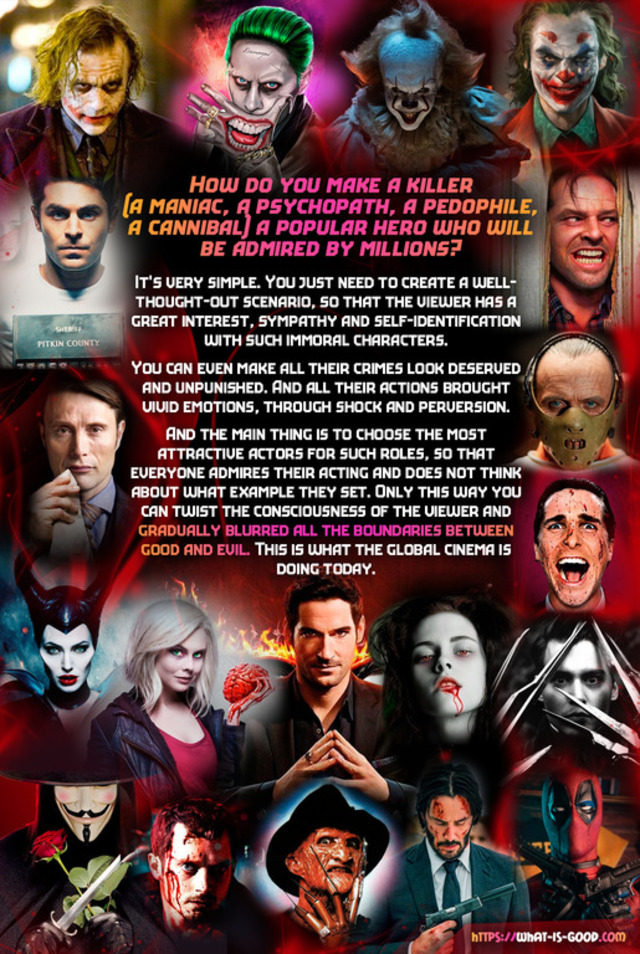 Export of the assessment
<a href="https://what-is-good.com/tv/cartoons/the-addams-family-cartoon-for-the-glory-of-death/"><img src="https://what-is-good.com/wp-content/uploads/2014/0/oc_r.png"/></a>
2+
Share:
Participation in the project
Tags:
Bad cartoons
Also read:
Adverse cartoon indicators
The analysis of the cartoon «Planes: fire and rescue»
Who are the Minions, and why you should not show this cartoon to your children?
Cartoon "Hotel Transylvania 3: Summer Vacation": Information weapon against our child...