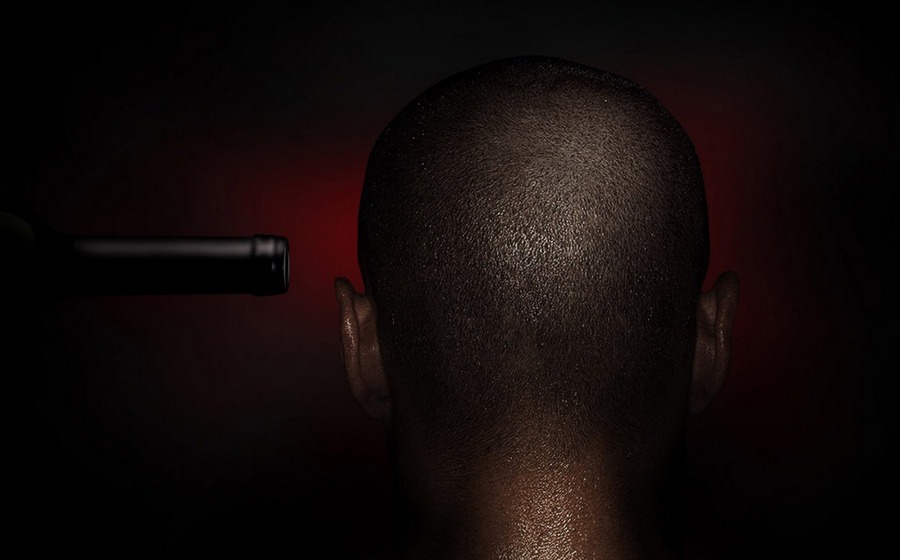 Voice in the radio

“Yes, I drank, but who does not drink now? Either a mutant or a moral monster!”- The voice in the radio of the share taxi was bursting. The passengers sat with indifferent faces and, apparently, did not even notice how they were sewn into the subcortex destructive model of behavior under the guise of a cheerful and laid-back song. They sit and listen. And all this stuff is pouring, pouring into your ears, and nothing can be done about it. And it will live in the subconscious for years, pushing self-poisoning.

I leave the share taxi. I’m walking in the park. The day off. A family. Mom – in one hand a bottle of beer, in another cigarette. Dad is the same. In the baby carriage there is a child. It does not know anything yet. It does not know that in 10-12 years will first try alcohol, cigarettes, and maybe even worse. And someone, just passing by him/her, will say: “Everything is fine; it’s his/her choice.”

But the child does not have any choice. Since early years, watching destructive forms of behavior of parents, their regular self-poisoning, he/she will take this as the norm; and prove to him/her the opposite, believe me, the task is almost impossible.

And the child, meanwhile, peacefully slept in the baby carriage and yet did not know anything…

I go to the supermarket. Shelves, dozens of shelves with bottles. Nearby – boxes. The reserve. It’s not just bottles – its shells. Each of them will fly to someone’s family and burst in someone’s house with sharp, razor-sharp fragments – illnesses, quarrels, domestic crimes, assault, divorce, grief and death. A man approaches the shelf. Takes several bottles at once – beer, vodka, wine. He dumps it all in a big cart. I think: “If right now, right at this moment I will not pass by, but just come up and say to him:” Friend, well, you are killing yourself, “- what is the probability that he will hear me?” And my fleeting noble impulse immediately sends a cold mind to the knockout: “Probability is zero”. 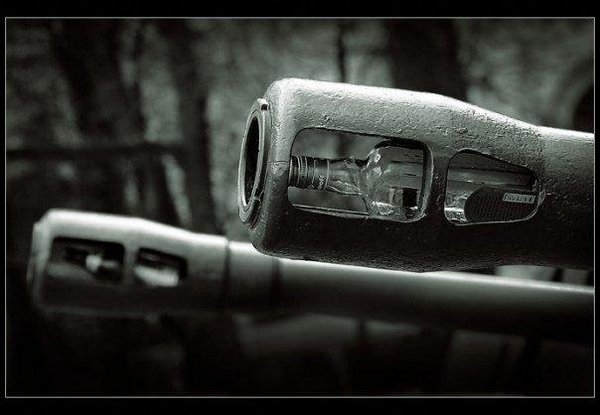 I remember where I was going. A job interview. Not that it would be a dream job, but the option is quite good. I’m leaving the supermarket. Address. Second floor. I’m going in, I say hello. A short dialogue – who, what, where previously worked, why left – the usual scheme. Next – the assessment of personal qualities:

An awkward pause. Promises “must call back”, and now I’m back on the street. I understand that there is no point to wait for the call. And I even understand why. Because I’m probably sick. It’s unclear, really, exactly with what. Apparently with an adequate view of life.

In the blind and our daily consciousness, we are in the illusion of freedom of choice. But at the same time as our awareness grows, if it grows at all, we begin to understand that not everyone has a choice, and not always. The share taxi passengers, who every day listen to the usual chanson that only “mutants and moral freaks” do not drink, a child in a baby carriage that from an early age will see alcoholism, smoking, scandals, quarrels and fights in the family, a man in a supermarket, who buys poison on his hard-earned liters, only because today’s day is marked in red on the calendar, and the employer, who is surprised that the applicant does not poison himself, all sincerely believe that they are free people and decide what and how to do. All of them do not even know that there is a war in the country. Cold, invisible, unprincipled, mean and ruthless war…

No, no, there are no tanks on the street and the tapping of machine-gun fire is not audible, the war is in the minds of people. War goes in the evenings, in a quiet living room, when the family turns on the TV. The war is at the festive table, when bottles of poison are opened. The war is going on in supermarkets, where every third man puts “shells” into the cart to bring them home, and with them illnesses, pain, sorrow, tears and death.

This is war. More terrible than the Afghan war, in ten years of which fifteen thousand of our soldiers had been killed. From alcohol war every day in our country, 2000 people die. More terrible than the Chechen, where the sniper ruthlessly mowed the guys. In the alcohol war, the guys mow themselves – pouring poison into themselves, only because they have been said on television that it’s normal. This is war. 82% of murders, 75% of suicides, 50% of accidents, 50% of rapes occur in a state of intoxication. And after that say that “drinking or non-drinking is a personal choice of everyone” – one just has to be inadequate. What methods of manipulating the mass consciousness should be applied to a person to force him/her to bring his honestly earned money into a supermarket, buy poison and, wincing while doing so from disgust and unpleasant taste, drink it? 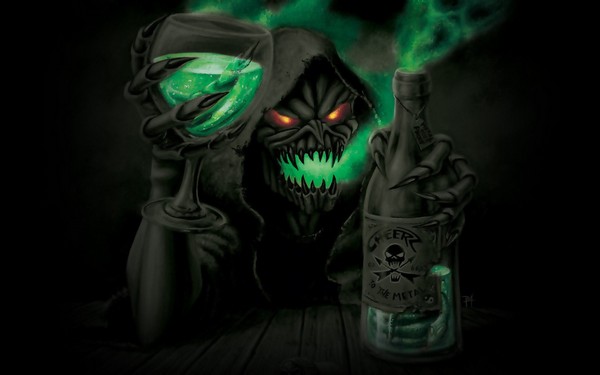 I remember the story of how one day my friend asked me: “Do not you drink at all?” To which I fairly inquired him: “Why?” On hearing this question, my friend first “hovered” at forty seconds or so, as if knocked out, and then, looking at me as an idiot who asked something illogical, squeezed out something like: “Well, just…” and hurriedly retreated. Well, apparently, drinking alcohol is his conscious choice. He really does not know why he does it. But the choice is certainly conscious and weighted.

Once in the New Year’s Eve broadcast on TV showed a story about what children think about this holiday. And one of the children said the following: “The New Year is when adults gather at a table with glasses and celebrate.” Statements of at least half of the children shown in the story were in a similar spirit. Well, apparently this is another “conscious choice” of three-year-old children that the holiday is self-poisoning with ethanol. The fact that at least half of them in 10-15 years will begin to celebrate holidays in this way, there is no doubt. Who and why is it profitable? Think for yourself.

And now a child is born in such a society, from childhood he/she sees as parents, neighbors, friends, acquaintances every time on the occasion of the holiday beat their heads against the wall. All this is presented as a good tradition, which went “for ages”. Of course, at first the child, maybe even doubts: “What’s the point?” But peers and older friends will quickly explain to him that someone who does not hit his/her head against the wall is a “yobbo” and a “loser”, and in general, a little on holidays it is normal.

Well, have you imagined it? “Idiocy!” – Any adequate person will say. But believe me, if this person were born in such a society, he would not at all consider this to be idiocy. In the best case, he would not have hit his head against the wall himself, but he would have been in complete illusion that beating his head against the wall is an obligatory attribute of the holiday, and there is nothing strange about this. Thus, you can persuade a person in almost anything.

Have you ever tried to prove the harm of alcohol to the so-called “cultural drinker”? A completely meaningless occupation. In response, you will most likely hear a set of trite phrases that “cognac dilates blood vessels”, “the main thing is to know the measure”, “a little on holidays it is possible”, “to live in general is harmful”, and, of course, the same grandfather who “drank and smoked and lived to the age of 90″. Nobody ever saw this folklore grandfather, and it’s not at all clear why people think that 90 years is a long-liver.

Academician Pavlov said: “I consider death before 150 years to be a violent death.” But for “moderate drinkers” these arguments are like poultice on a wooden leg. They have already been told on TV how to live – “Live fast, die young” At what, apparently, the younger, the better. As for the harmlessness of moderate drinking, it is possible to offer a “cultural drinker” person to open the second volume of the Great Soviet Encyclopedia on page 116 and read that alcohol is a “narcotic poison”. But in response, we are likely to hear from dependent on intoxicants people, the so beloved saying that “everything’s poison and everything’s medicine, it’s all about the dose” Well, if everything can be a cure, why do not we start eating land, swallow cement and drink it all with gasoline? After all, “everything can be a cure.” Especially – on holidays it is possible.

Supporters of a sober lifestyle are often blamed for falling into an extreme. Tell me, is the refusal to use heroin and cocaine an extreme? Hardly anyone thinks so. Because the harm of these drugs is obvious. Alcohol is the same drug. Less weak, but no less dangerous, and rejecting it is not an extreme, but a normal state of a healthy person. It’s amazing how much people need to “brainwash”, so they do not consider giving up harm to their body as an extreme.

By the way, did not you wonder why people often give the same template phrases in response to stories about the dangers of alcohol? Maybe because their own opinion is not so own? A conscious choice is not so much realized? Maybe they were just taught to think in a certain way?

The concept of “cultural” and “moderate” drinking is a myth imposed on us by alcoholic corporations and, long ago, bought by them, medicine, which actively participates in the promotion of this myth. The use of alcohol is a deadly lies. Alcohol is a narcotic poison, and in no quantity, in any capacity, in any expensive, beautiful and colorful package it can not be healthful by definition. 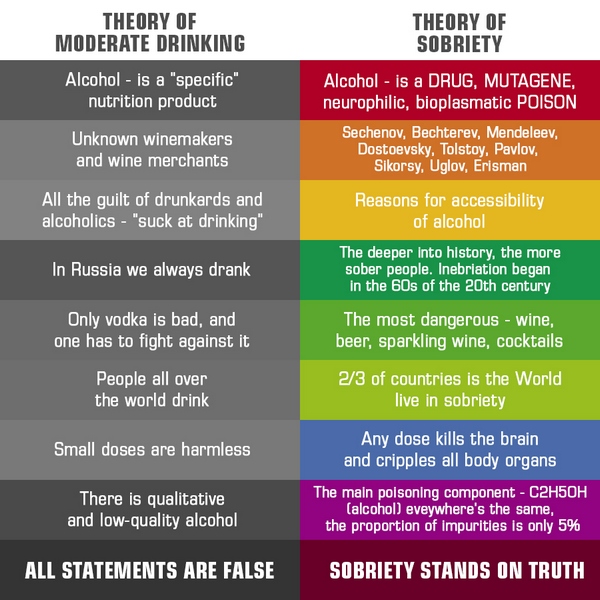 Only the heads of alcohol corporations, who consider billions earned by the health of our people, know the truth of use of alcohol. They know how much they benefit from the fact that people drink alcohol. They will remain silent. But however, meet them somewhere on the islands – ask. They, for certain, are beautifully dressed, cute smile, fragrant with expensive perfume and at all do not resemble universal evil. They are fine. And we count the crosses in the cemeteries.

I walked along the street, lost in thought, and past me swept vans with big letters “Baltika”. In them – dozens of “shells” with liquid death, which turn my people into a “cargo 200″. But everything is normal. This is their choice.