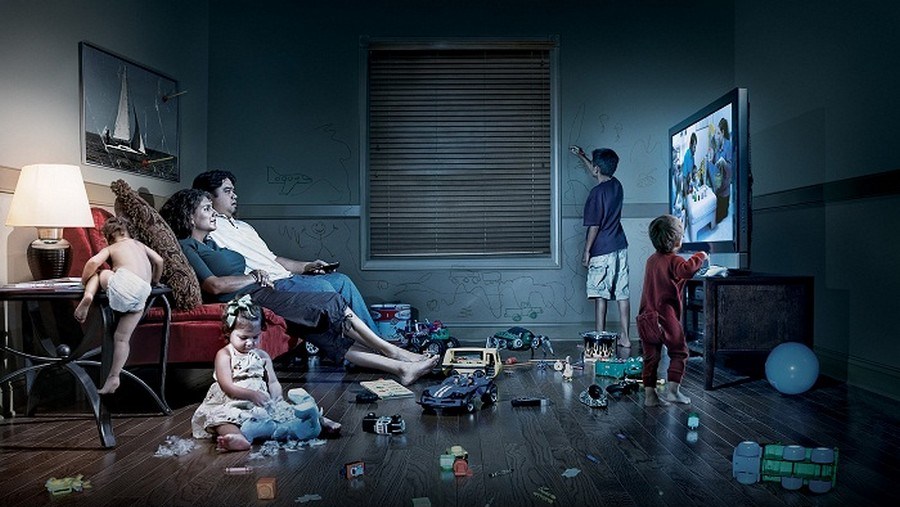 For very many people TV became a «bitter friend», who devours big part of their energy and free time. It is very easy to count a part of life, which is eaten by this «box».

Eight hours – it is a third of lifetime – we are sleeping. Another third goes to work. Assume, that from the remaining part human spends on TV four hours. This is a sixth of lifetime. What do we have with the rest? Another sixth part remains – four hours – which we need for food, transport, shower and other everyday tasks. What if TV takes more than four hours a day? Count yourself.

Of course, we can justify ourselves by saying that TV enables us to rest, relax, be distracted; that this is the easiest and most harmless way of spending free time. But let’s take a look if it is really harmless.

Try to look after yourself while watching TV

The longer your attention is absorbed by television, the less you have your own thoughts and the slower your thought process. If you watch series, shows, advertisements for a long time, your own thoughts will almost disappear.

But do not think that this is relaxation and rest. Despite your brain not generating its own thoughts, it is involved in television viewer’s thought process, «thinking» not its own thoughts. Your brain uninterruptedly absorbs thoughts and images from the TV screen. At this, the brain passes into passive state of high impressionability, which is like hypnosis. That is what makes television powerful means for manipulation of consciousness.

Corporations pay billions of dollars in order to impose their commodity on consumers in a state of unconscious perception. And they always have a profit, of course, because of the consumer. The owners of finance capital and multinational corporations pay further more for «world elites»’ thoughts to become onlookers’ thoughts in this state of high unconscious perception; and, as a rule, achieve success. 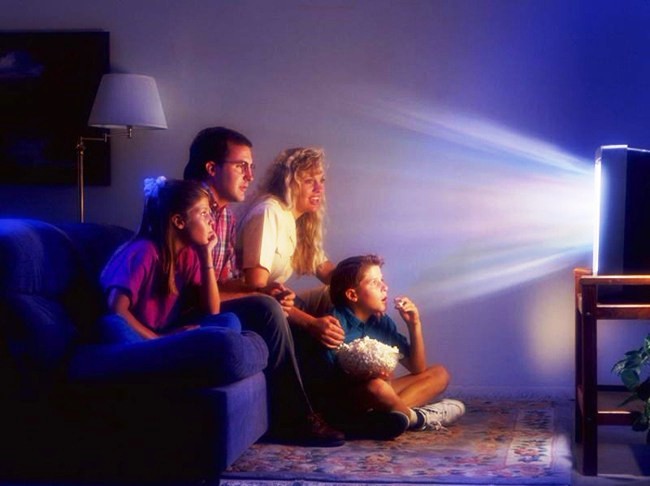 Usually television lowers humans to a lower level of thoughts like alcohol or drugs. Besides TV creates a strong harmful addiction. Almost every «sane» human can remember how long he was flicking through channels, not because he was finding something interesting, but because there was just nothing. Human was hooked, became quasi hypnotized, lost in trance. His own thought activity is paralyzed, brain is grown numb, and attention is wholly occupied by images from the screen. And the more pointless the action is, the stronger the hypnotizing influence is.

Of course, TV in itself is not guilty. Shows, which will give us useful knowledge of our wonderful world, will help change life for the better, will open hearts, and even will be able to awaken a thought. In this case, television has ample opportunity that mankind even has not touched yet. But, unfortunately, TV channels are controlled by people, who are interested in order to put sleep a human, making him unconscious, and so as to control behavior and thoughts of the masses.

Shows and ads are especially harmful, in which scenes are changed every 2-3 seconds or even more often. Watching those kinds of shows leads to attention deficit disorder. Millions of children in the whole world are suffering now of that kind of syndrome. Short periods of time, during which attention distracted by quickly changing images making surface perception, do not give a chance to think about blinking pictures on the screen.

With television we have general and superficial impression, which later leave our consciousness.

Looking at tourists, who are walking in the most beautiful places in a show, and right there forgot about it, but if you walked by yourself, with difficulties, contemplating all opening beauty; if these feelings came through your soul, they would be with you all your life, would become a part of you, would make your perception brighter and richer, and would make your life happier. The picture on the screen is bright, but it is dead, without life.

The material for a person’s art and development may be only that, which came through feelings. And, first of all, this is influence of nature or the influence from other people – that is to say a living, a real world. A picture on the screen does not have any impulses that improve art in a person. There are ready-made images, they are just absorbing. And human learns to be user of the images, not an artistic person. 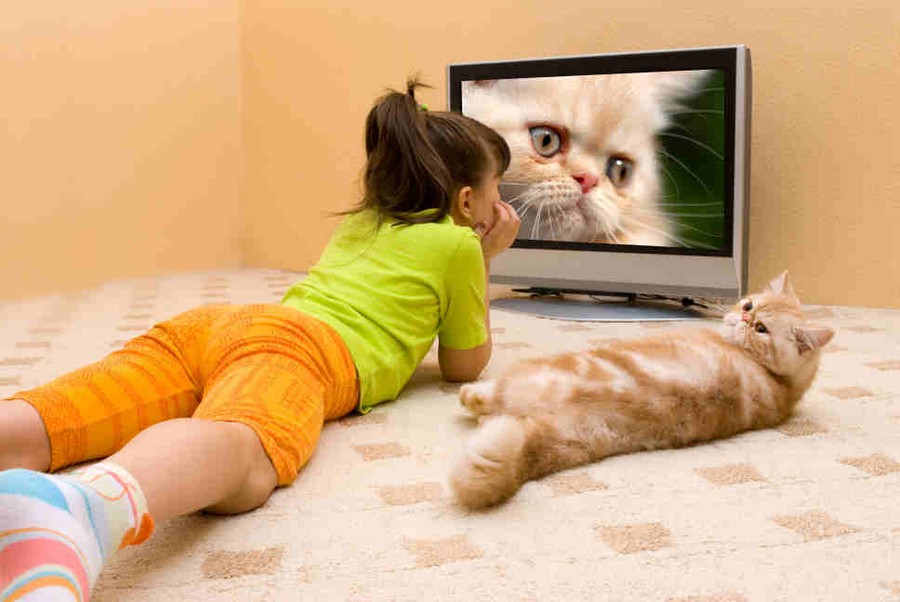 TV – symbol of society of consumption and manipulation.

TV moving pictures are taken only by superficial layers of brain. And even by those, the brain does not often have time to process incoming information because of quickly changing pictures, and so perception quickly deadens because of a huge informational workload. So, after a day or two from those impressions we have nothing. They are displaced by others and so on without end. But time is gone never to return and a person is rushing to the death, even not having time to think about the purpose of life.

While you are emotionally «living» the life of a film’s or a serie’s character, you do not notice for yourself how you retain much information into your subconsciousness. And one day you will have in your life another’s strange models of behavior, strange principles and ideas, and you will think that it is your choice and your wish, it was suggested from the outside. If those are aggressive and vicious behavioral models – they are destroy your life.

Television is that Trojan horse, which we drag out into our dwelling and let our enemies and enslavers penetrate into our consciousness and restrain resistance. Against information weapons, an army is weak. The «Fifth column» works in every consciousness. In this situation neither tanks nor airplanes will help. Weapons of a previous war will not work in an informational war.

Watching and listening after all is boring. A person starting to flip through channels, looking for something new, even do not know what he wants to watch. Living other’s life in primitive series is painful. But when your life is monotonous or full of suffering, bright pictures are like a drug. But, as every drug, you need it more and more. As so, days and years pass. 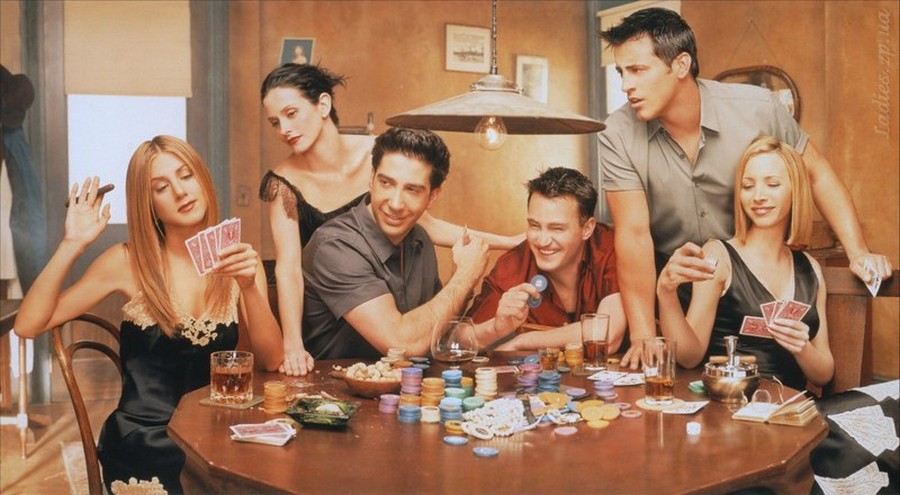 But a sane human needs movement, art and work. TV carries humans into an unreal, illusive world, prevents from life in the real world and stops development. Reality is substituted by illusion by a product of another’s quite often absurd imagination. This is a voluntary immigration into the virtual world. This world is good for those, who are dead in real life. But development to divine perfection is able only in the real world.

It is easy to manipulate people with the help of television:

He is looking in the direction of the TV camera.

He sees only what the stage director or host wants to show him. With the help of scene cuts and computer effects the picture can be remade as the owners need. Removing, for example, from the mass of demonstrators a very old person or a poor slogan, and so editing scenes with technology, caricature performances of opposition. Choosing the «right moment» of youth dispersing that protests about politics of «gold billion», performances of antiglobalists are shown as a riot of hooligans. There are a lot of methods.

Television makes ready-made images, which are enter straight into the mind without thinking. People receive information, which is often misinformed, using a method of manipulation, coercion of mind. Excess of information lowers the emotional factor of life. People do not rejoice, do not sing, and do not communicate. They just watch and listen, as do all. The reaction to moving pictures on the screen, for example, football, is a reflex like a cat has on a small moving object.

A few simple pieces of advice for television audiences:

6+
Share:
Participation in the project
Tags:
Technologies
Also read:
Regarding blurring of sexual markers in «Star Wars: The Force Awakens»
“Interview with the Vampire” (1994): Destructiveness of a vampire theme in modem cinematograph
The significance of the limits of permissible behavior in childhood
Several myths underlying manipulations in media