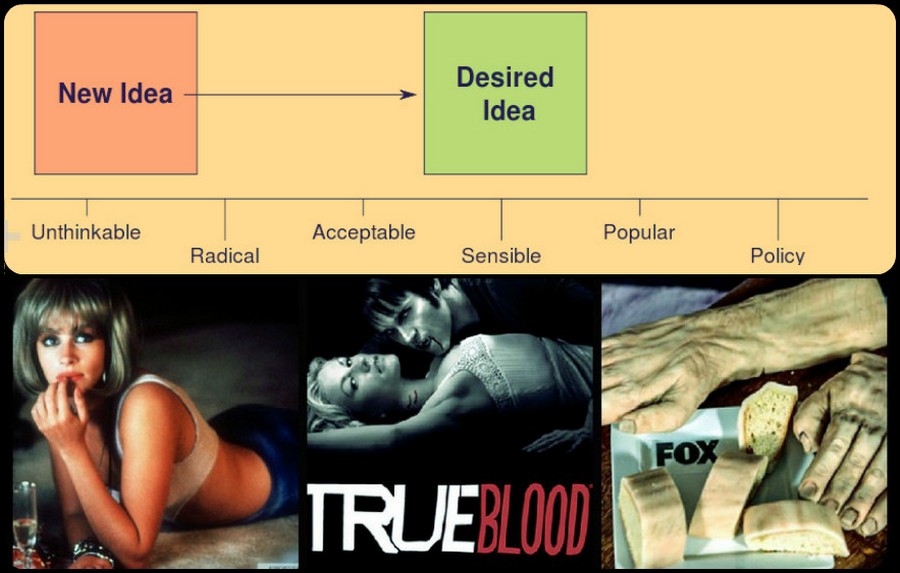 In articles of the project What Is Good we mentioned the theory by J. Overtone for a lot of times. This theory explains how, having the mass media out of social control, any idea can become a norm, even if it was unthinkable before. To see the efficiency of this theory is easy. We can just give a glance at modern Europe, where for the last two decades sodomy and tribady became an absolute norm, and all conditions are provided to give these perverts a privileged position in the society.

The analysis of the mass culture the providers of such innovations do not want to be satisfied with what has already been achieved. Now there are new ideas going through the steps of Overton theory, being successful and almost invisible for the society. They come to people’s minds just like a snake out of the bush. We can see it in modern films and cartoons, made for gross audience, in some news headings of news organizations and newspapers, most of which can be called world-wide. Let’s try to find out what exactly they want to be a norm in social conscience, using some examples.

This profession is called one of the oldest, and it was legalized in Europe, as well as in tzarist Russia for a long time. But the image of a prostitute had never been praised, romanticized and even idealized in culture. Never before the image of the prostitute has been the image of Cinderella, as it was given in almost a classical film “Pretty woman”. 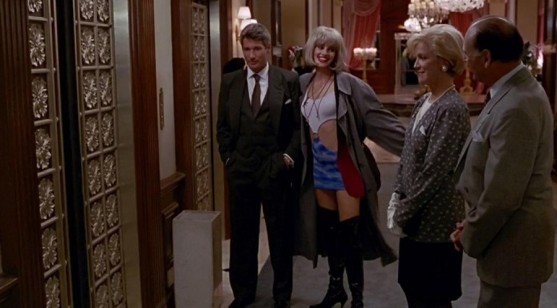 If the problem of prostitution was described in some works of literature or cinema, the prostitute was shown there as a victim of circumstances, the result of vicious system. Nowadays cinema romanticizes and humanizes the image of a free-will prostitute, a woman who chose her job herself. They become the main characters of films and series.

The most known examples are “Pretty Woman”, “The Client List”, “Secret Diary of a Call Girl”, “Red Shoe Diaries”, “Jeune & jolie”. Here we have only examples where a prostitute is a main character. If we extend the list with the films where a prostitute is a minor but positive character, the volume of the article will not be enough to list them all. 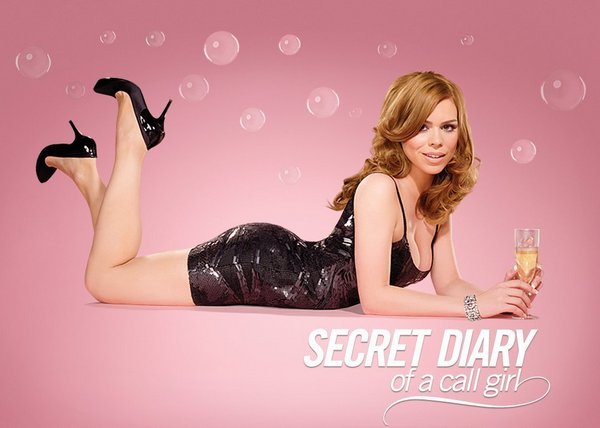 No one says it never happened in life, but there was no place for it in literature, art or cinema. Now there is. And it is described not as a crime, but as a game, a praise to woman beauty, manifestation of love from a man. In the English language there is a term “rape culture”, the culture of a society where a rape is a norm, but officially is punished.

Today sexual violence is romanticized in cinema, books, music, mass media in general. In some modern media products we can often see scenes when a vampire bites his victim. The paradox is the monster himself is a positive character, and his victim enjoys the violence.

One of the latest examples of it is a famous book and (later) a film named “Fifty Shades of Grey”. It has enormous popularity due to amplitudinous ad campaign in all mass media. The plot of the book, as well as the film, is the relations of a young girl and a sadist. For the sake of love she lets him torture her, but later she realizes that she loves it too. Despite a lot of protests of religious and social organizations the film was shown in many countries.

Cannibalism is now at the first stages of Overtone scale, even in Europe it is still radical, but today we can witness it slowly coming out of the shadow.

First in 1981 Thomas Harris wrote a novel about an intellectual doctor Lecter. He, a person of fine mind, loving classical music and perfect understanding of psychology, had a flaw – he ate people. And he ate them genteelly, creating fine cuisine out of meat of his victims and feeding his friends and guests with it.

A film was made based on this book, then new books, films and performances appeared, Doctor Hannibal Lecter became a part of American culture, being one of the most known and famous maniacs. And his image has some positive details. He didn’t eat his friends or those he respected, only those who were really unpleasant for him (and for the viewers) became his food. That is why Lecter was a kind of “Robin Hood” killing and eating bastards, freaks and hypocrites. 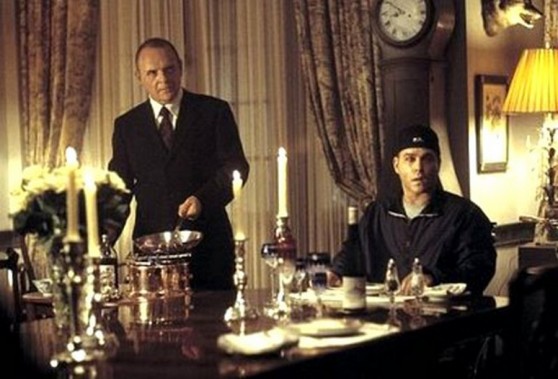 Later in the books cannibal Lecter turned to have childhood trauma, and also he fell in love with young FBI agent Clarice Starling. In the films the end of the story for Lecter was neither deplorable, nor very pleasant. He lost his hand and was discarded by Clarice. In the books he got what he wanted – money, a woman and a happy life. Not this idea is used again. In 2013 a series was made about doctor Lecter, and it was very successful. The image of Lecter there changed a little bit .

Among his victims there are those who are just not it in the proper place and not in the proper time. If the previous “hero” killed only personas non grata, the modern one kills usual girls without any doubts, just to prove something to his opponents. The new Lecter is smarter and more successful than his predecessor, stronger than his enemies, and the end of the series will be the same as in books, so the happy end is waiting for this “hero”. 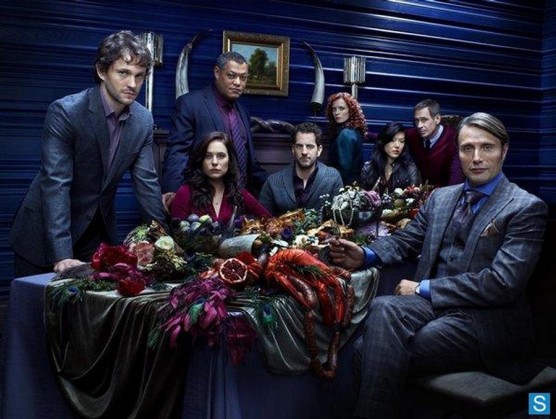 In April 2015 Keanu Reeves and Jim Carrey were going to take part on a melodrama about cannibals. In the plot one of the man-eaters falls in love with his possible victim. Hollywood uses such stories to make viewers be tolerant to the question of cannibalism.

The same is with a lot of zombies on the screens, and not long ago they even become positive characters in children cartoons, like Monster High. If before a zombie was just a target for a hero in a computer game, now in many cities of the world there are zombie parades. Some can think it is just innocent fun and foolery, but in reality it is one of the steps of Overtone window to legalize cannibalism.

In Great Britain there are shops selling fake human meat that looks like real. Despite public outrage shops still work. 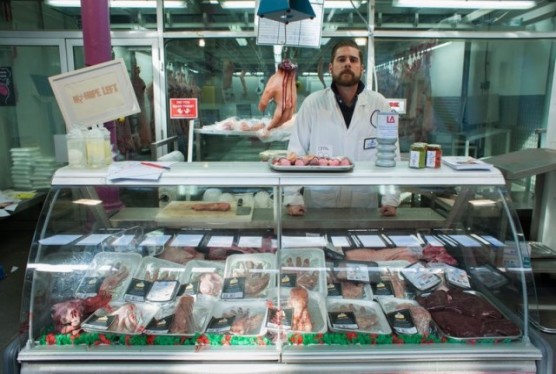 In mass culture there are a lot of stovepiping making cannibalism popular. In 1999 in Madrid there was a performance of Mexican artist called “Ge-Latina”. The idea was to eat a human body made of gelatine that looks like the artist himself. The body was in the coffin made of cream cake. The naked “artist” cut pieces of this and gave to the guests.

In 2011 Dutch TV presenters ate pieces of each other’s meat during their TV show.

The actor played Christian Gray from already mentioned “50 shades of Grey” ate a piece of cake made as his own body. 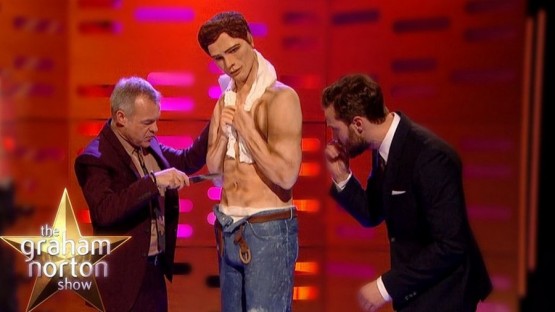 In such developed countries like Switzerland, Belgium and Holland incest is not against the law anymore. The same will be in the countries that are still going to join the “civilized society”.

Incest is propagated via literature and cinema. For example, one of the story lines in Canadian series called “The Borgias” is about love between Cesare Borgia and Lucrezia Borgia, and they are a brother and a sister. They are the real historical figures whose personal life was discussed a lot by their contemporaries and contained a lot of rumors. Cesare is told to rape captives and seduce other’s wives, Lucrezia is told to have relations with her own brother and father. Whether it is true or not, we will never know, but film authors as well as the authors of the books about life of Lucrezia Borgia turn the rumors about incest in Cesare family into the story of Romeo and Juliette. In general making of films about famous persons with sexual deviations is a trend today, that is the mechanism of legalization of such events in our society. 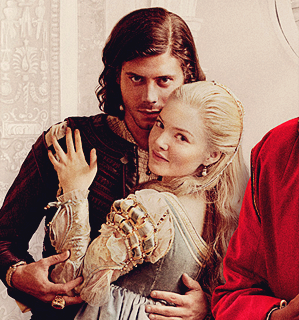 In most cases incest is romanticized as forbidden love. For example, a book written by Vladislava Meka called “Loved ones. Beyond permissible” tells about intimate relations between a brother and a sister has such a romantic annotation:

“Love… a strange word describing a lot of feelings and emotions. We cannot live without love. Without our soulmate. We cannot be incomplete. But what shall be do if our soulmate is already the most important person for you? What shall we do if love, that happened with you, is wrong for everyone. To make a step back? Or fight to the end? Because we love not for something, but despite…”

Less romantic but more famous is a series of novels named “A Game of Thrones” by George Martin. A series was made based on these books, and there are many fans of it. Among all the characters there are well-known Jaime and Cersei Lannister. They are twins – brother and sister, and they have intimate relations for many years. They have many healthy children (but it is an intentional lie of the author, because in most of the cases incest results in pathology of children). 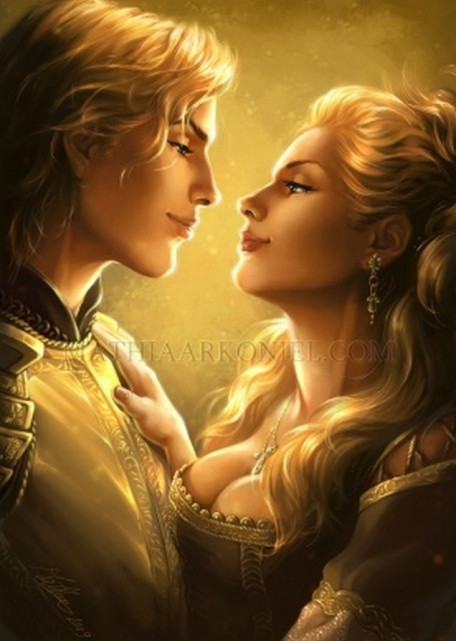 Nowadays incest can be found in children and teenage literature. Lisa Jane Smith, the author of “The Secret Circle” and “The Vampire Diaries” showed a couple of twins in the last of her books, and their behavior cannot have double-meaning:

“Only those two, Shinichi and Misao, were holding hands, even occasionally nuzzling each other—as Elena could see as they came up close to the boardinghouse. They certainly weren’t acting like any brother and sister that Elena had seen.”

We can see it also in a book for children called by Beate Teresa Hanika. We can see there a pedophile grandfather who lusts for his granddaughter. The book is said to inspire children say the truth if something is wrong in their families. But in reality the story is given as the description of the attitude of the main heroine, showing what she doesn’t like. That is why it is a problem. Easy logic: if she likes it – no problem.

This is how mass media and public opinion impose alien ideas of inhuman world view on us. It looks strange and even crazy, but not long ago sodomites were put into prison for their sodomy, but now in Europe everything is vice versa!

What can we do to stop it?

We shall consciously understand and analyze all the ideas and messages that come to us through books, mass media and cinema. We shall help our friends and relatives to be able to do such analysis. We shall share the adequate point of view to these occurrences and fight for morality.

We shall make our own investigations, publish their results and go to court. There is war against morality, traditional family and public norms. Only active countermeasures can help us to stop and reverse it.

22+
Share:
Participation in the project
Tags:
Technologies
Also read:
«Fifty shades of gray» - a piece for grown fans of «Twilight»
"Drug" Corporation and its global marketing
Alcohol in cinematograph, not because it is presented in life
Implicit methods of promoting sexual disorientation