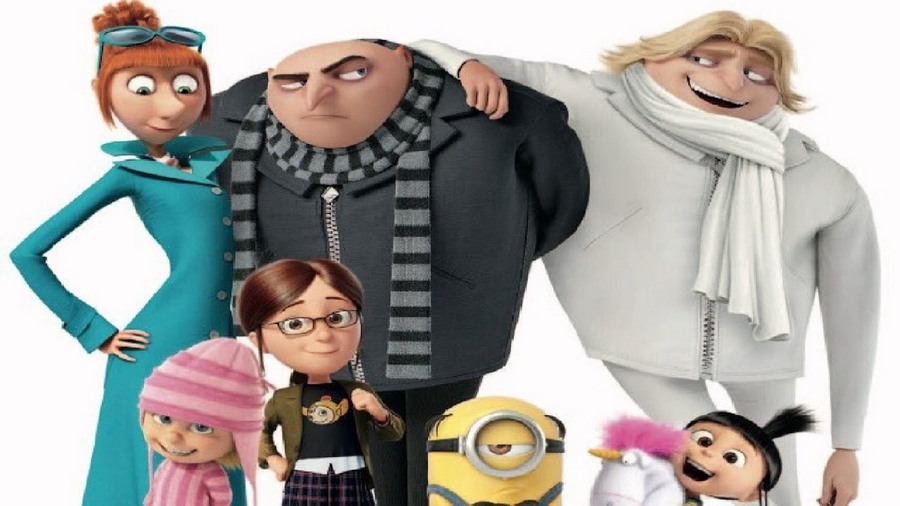 Approximate reading time: 6 min.
A link to the article will be sent to you on e-mail:
Review of the cartoon Despicable Me 3 (2017) of the project What is good.

In the cartoon “Despicable Me 3”, the narration goes about an unsuccessful supervillain Gru, who has several hundreds of servants in hand – unusual creatures, minions. The plot of a new chapter is plane: already married on a special agent Lucy ex-villain Gry works in an anti-villain headquarter and raises three daughters. But things go bad for the main hero – he, being Lucy’s partner, misses a villain Balthasar, disgraces himself in front of his boss, and gets fired together with his wife.

This moment Gru learns that he has a twin brother Dru, the heir to the estate of their father’s and a supervillain beginner. Gru decides to full his brother, pretending to come back to a criminal path. This way he wants, using his brother, to get in the lair of his enemy, master Balthasar and come back on duty.

In the whole the general plot takes 30 minutes from a hour and a half of a screen time of the cartoon, the rest – are pointless short scenes, from the presence or absence of which nothing would have changed in the plot, but there are a lot of harm in them. But first things first. 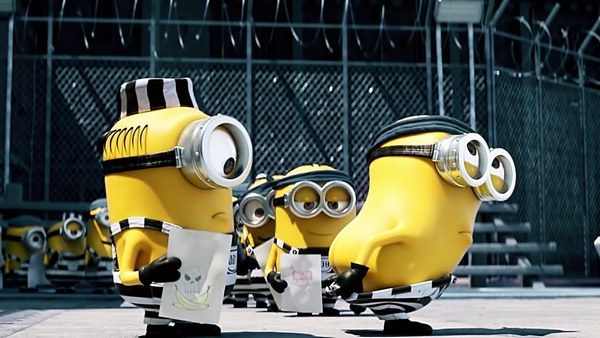 From the point of humor the cartoon is very weak. Jokes can be divided on three categories: violence, platitude and “two-in-one”. Authors also tried to use a win-win technique – to add in the cartoon much good time-proved music, but even this does not save a depressed picture. The cartoon turned out to be not funny, not nice and not interesting.

It is common practice in works of the “Illumination Entertainment” studio that concepts of the good and the bad in the picture are shown in extremely blurry and ambiguous way, which is forbidden in animated cartoons for children. In word it sounds, that it is, of course, bad to be a villain, but the picture, which meaning has the utmost importance for young viewers, demonstrates the opposite. The evil in the cartoon is shown very attractively – the most sophisticated cars, gadgets and guns, gamy atmosphere, interesting life etc.

Gru himself behaves ambiguously: for example, he in principle does not want to come back on a criminal path, which is commendable, but he enjoys his brother-criminal’s confidence and openly lies to him. By doing so a campaigner with criminality Gru turns out to be a liar, and his brother-criminal – a victim of his lie. The authors again mix up children-viewers in concepts “good” and “bad”. Such twisted plots will create a total mess in estimation of what is good and what is bad here in children’s heads. Besides, there is no regret of Gru or punishment for the lie, of course. I.e. according to the cartoon it looks like a lie and dishonesty – are permissible tools in fighting with evil. 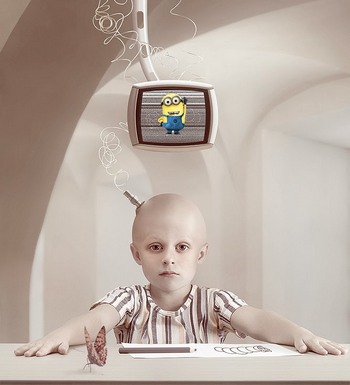 Now let’s say a couple of words about the very same “yellow small men”. Minions have not changed from the previous movies, they are still the same evil creatures, constantly beating up somebody or laughing at pain of their folks. In the “Despicable Me 3” cartoon they get in jail and arrange there a real hazing. At that in separate episodes the minions behave themselves with transvestites’ manners, and the significant part of their jokes is tied up on a subject of platitude.

The only positive subject of the new cartoon is Lucy and her adopted daughters’ line, with whom she is trying to find a common language, and after several trials and errors, she, finally, succeeds.

Scenes with alcohol: Few, one scene in a tavern, where alcoholics are presented in repellent way.

Platitude: Much. In the cartoon prevails vulgar, totally non-children humor. The heroes often appear to be naked; the minions constantly pay their attention on a sit-upon or woman’s chest.

Violence: over-the-top level of violence for a children’s cartoon. The heroes, either “good” or “bad”, constantly beat up somebody, blow up and describe death.

Moral: Another cartoon of the «Illumination» studio highly naturally has not only stuck to its former negative tendencies, but also neutralized positive meanings of the first two chapters, when Gru had been refusing from villaining for the sake of his family and found in this his happiness. Now a family of the main hero consists of a supervillain, and the behavior of Gru can’t be called an example to follow.

6+
Share:
Participation in the project
Tags:
Bad Bad cartoons New films
Also read:
The film «Dirty Grandpa» as an Indicator of the Lack of immunity in the society
The cartoon "The Boss Baby" (2017): Ideology of child free for the littlest
Discreditation and devaluation of parenthood in "Disney" production
“The Addams Family”: Cartoon for the glory of death