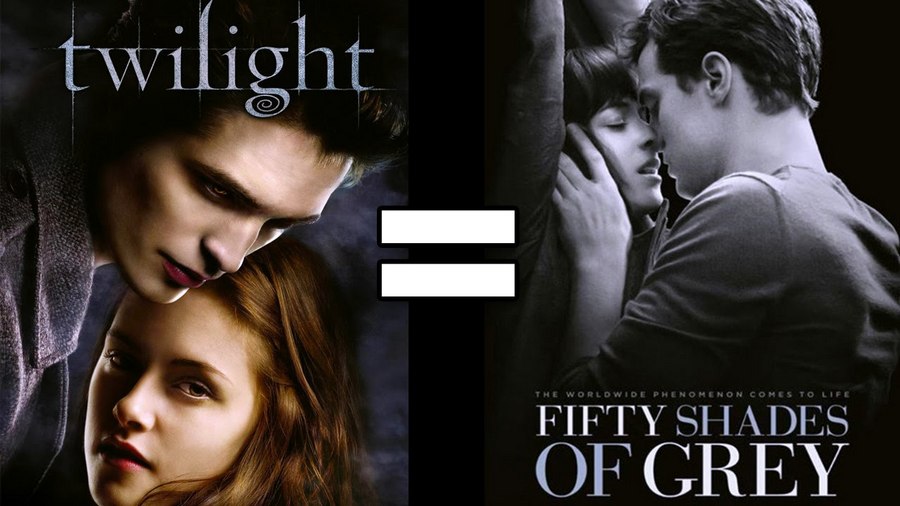 The book «Twilight» came out in 2005, and in 2008 the romantic story about love of the vampire and the girl was filmed. Target audience – mostly women and teenagers, the age group from 13 to 55 years. According to conservative estimates, the film fans all over the world there are tens of thousands!

Where is the adoration to the bloodsuckers and werewolves? After all, vampires are at all times considered disgusting vile creatures that in very rare cases, scare naughty children (in Europe, America and Africa) or inquisitive tourists, such as in Romania. Only in the 20th century began to appear works in which vampires – a sort of sophisticated rich handsome men who know how to look beautiful and true love («The Vampire Diaries», «Interview with the Vampire,» «Twilight» and others.)

Such an unhealthy interest in the carrion (and vampires – is, in fact, animated corpses!) Suggests that for such advocacy advertising something or somebody stands firmly. Someone was very necessary to flip upside down all human notions about beauty, love, goodness, family. Someone needed to create new heroes, and outright abomination cadaver, which also drinks the blood, making a beautiful object for admiration, adoration and dreams of women of all countries! Not bad, right?

Girls and women of all ages, at once cease to admire heroes, knights, warriors, princes (which is after all human beings), began to dream about a vampire in the Maserati (which, in fact, is not a human!)

Who and why is needed to make such a significant substitution of notions?

Almost everyone knows the plot of the saga «Twilight» and it is not necessary to repeat it. It is worth to pay attention to just a few points: Bella – the heroine quite timid, shy, but the girl with character. Her parents divorced, and her mother lives with another new boyfriend, which is keen on sports (baseball). A girl is about to come into maturity, she is innocent and pure. She didn’t have serious romantic passion or love yet. There still may be added that according to the author the heroine looks quite normal, that is – like most girls of average planet Earth. This immediately captivates and gives many thousands of women the opportunity to immediately identify themselves with the heroine. And here she meets the handsome vampire Edward, which falls in love with in first sight. His family (mother, father, sisters and brothers) take her with open arms. 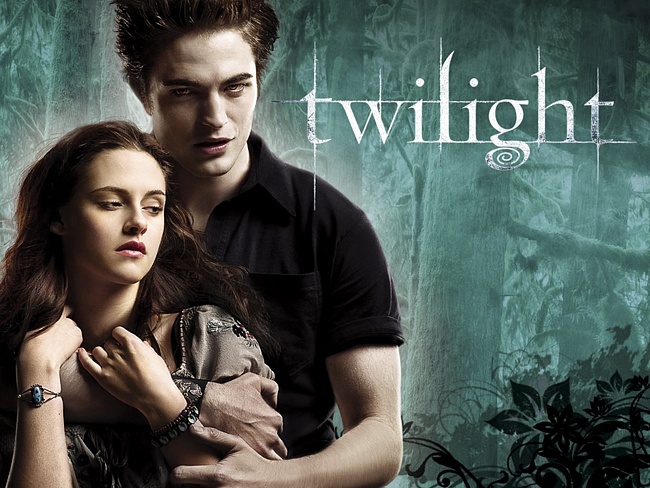 And now look at the main character of the movie «Fifty shades of gray.» Anastasia the girl of the same age as Bella, just shy and timid at first glance, but the girl with character. The parents are also divorced, and her mother lives, like Bella’s mother, with another new boyfriend, athlete (golf). The girl has not met the love yet and is innocent. And, like the heroine of «Twilight», Anastasia has a dim appearance. And, of course, only she meets Christian Gray – sadistic pervert, who charms her with his beauty, charisma and, was later recognized by the heroine, posed danger. His family (mother, father and sister) met her warmly and openly. It should be noted that Edward Cullen of «Twilight» and Christian Grey of «Fifty shades of gray» are both very wealthy young people. 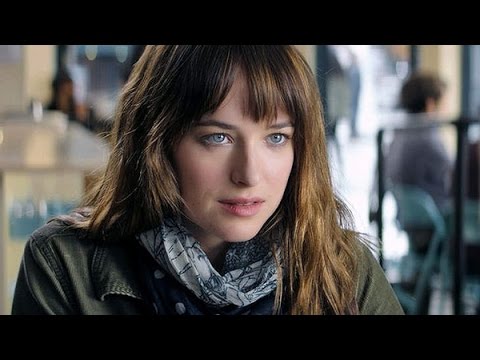 It is only at first glance, these two products are completely different, but look more closely – will be especially noticeable to those who watched both films. In both cases, the produces were doing the same way, without hiding anything.

The similarity of films

In «Twilight» and «Fifty shades of gray», despite all the difficulties on the way of lovers, all ends well for the characters and the audience happily wipes the tears.

I must say there are a lot of absolutely similar key points in both films. One of them – is the awareness of both heroines outright danger posed by these men. But the girls’ love is so strong that the sense of danger, in fact, is a self-preservation instinct, is overcome and they enter into a relationship with the characters. For the audience it is presented as the characters keep some attractive and fascinating mystery, which girls just need to reveal! What intrigue! 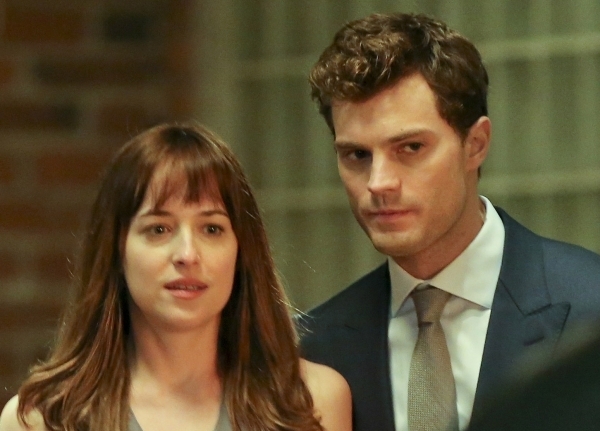 In both films, there are shots where Edward and Christian speak directly about the danger of relations with them, and even a little show it – in front of Bella, Edward breaks trees and jumping with superhuman speed, and Christian shows «red room» to Anastasia. Moreover, young people warned the girls will regret their choices! But the girls are not so shy and words do not stop them, and they are strongly convinced the boys by their actions that have nothing to fear and to cope with any difficulties in the way of love. 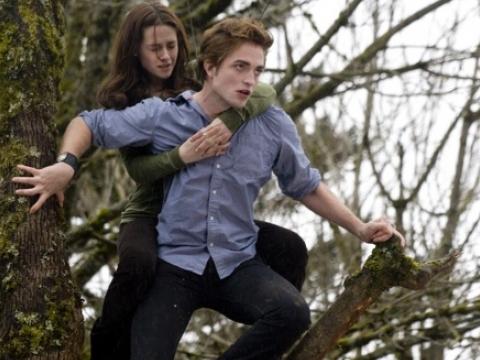 In principle, that the love to alive corpse or the love to sadistic perverts cannot be called normal. Both films carry only destructive effect on more immature and unformed psyche of adolescents, as well as on the mind of an adult, which is from the abundance of diverse information today sometimes do not always understand what’s going on, and afraid to miss something in his life. Agree, that the last time in front of some people may appear a question like: «Maybe I’m behind the times, but I’m not understand why (what, how, for what purposes, etc.)?»

These films not only aimed at discrediting the image of the beautiful, but also at instilling the idea that all the vicious, shameless, depraved, sadistic – is acceptable and normal, although it is not so!

In the movie «Fifty shades of gray» chastity is called a misunderstanding! The saddest thing is that this movie came out in a rather difficult time for the modern teenager, when from an abundance of advertising on TV toxic temptations (alcohol, tobacco, drugs, and games), it is difficult to defend, so more the chastity is not just belittled, it is presented as a defect!!! What it turns out to at the end? Children who saw «Twilight» in the 2000s, now in 2015 watching its sequel titled «Fifty shades of gray» – distortions in a more severe form.

«Twilight» were like the first step on the path to adulthood, and the next step became «Fifty shades of gray».

That is, the «Twilight» – is the background, as if such a fantastic introduction! But in real life? In real life, instead of a vampire rather meet here such Christian Grey, and this is not cause them healthy rejection or fear.

Thanks to such blasphemous films that glorify every abomination to human vices and deviation, presenting them under such a “sweet sauce» (how many girls who watched «Twilight”, felt a strong sense of admiration, cried and rejoiced for the heroes!), this information freely falls into the subconscious! And then the brain is encountering this in life, it does not send healthy signals of danger! 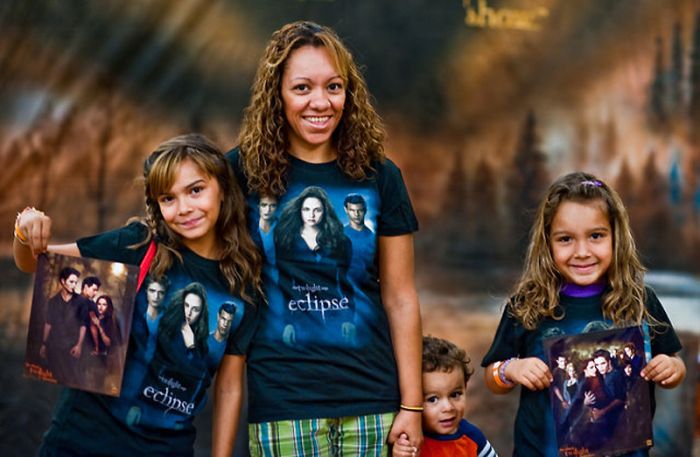 The idea of perversion as a normal behavior is strongly inculcated to the peoples’ consciousness. The cult of such deviations is created by movie producers and supported by mass media. To see this, just look laudatory reviews of the movies by «enlightened» men and women. This abomination is imposed so intensive, that a man rejecting to take the new “norms” becomes a «black sheep» and the society may shame or blame him for the “out-of-date” views.

How many efforts, moral stability, inner purity and patience you need to stand against this propaganda. Not to let anybody with its seductive “sweet” speeches pull the wool over your eyes. Not to change your mind and stand your ground.

Keep your beliefs and moral purity. Do not let anyone shake your faith in righteous life, with the value of chastity, especially filmmakers and writers, promoters of necrophilia and sadistic perversion.

14+
Share:
Participation in the project
Tags:
Bad Bad films Drama Technologies
Also read:
What fans of “The Big Bang Theory” prefer not to notice?
The impact of modern popular music on a person
The movie "V for Vendetta" (2005): A glamorous terror, which leads to nowhere
Why the world fell out of love with Hollywood films