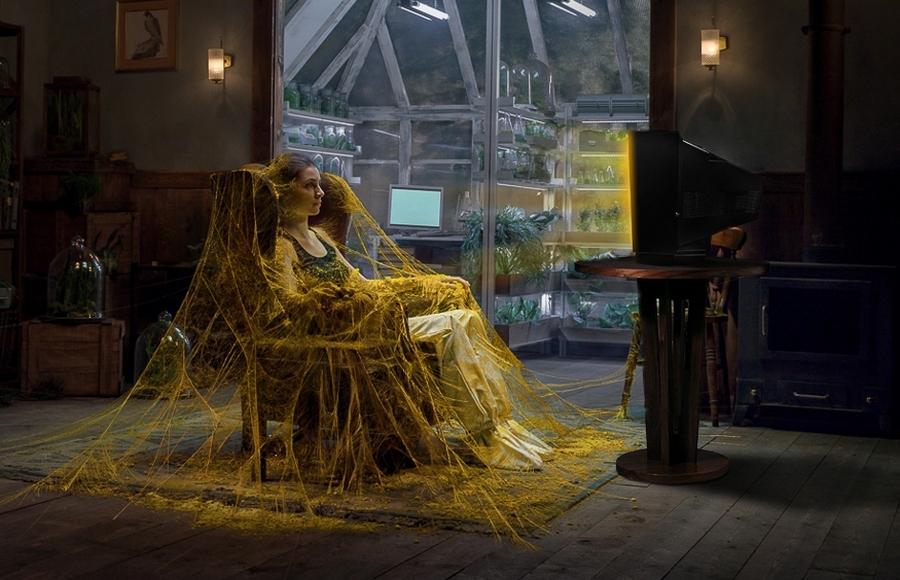 Having similar norms of behavior, people in similar situations make similar solutions. It means those who make situations and standards will form the behavior. In fact, this is the absolute power.

Step 2: inculcation of new unified rational-consumptive type of consciousness to this «empty field» after step 1.

The society turns into a herd having only one aim – increasing of consumption.

And this is implemented in unusual way. The one who fights for the world domination is not going to produce these «warheads» himself. He makes his victims do it.

For example, American Academy of Motion Picture Arts and Sciences is a coercive leverage. This academy gives Oscars that make the creative aborigines as happy as they were happy with glass beads before. No one asks what he or she was awarded for. Everyone says for the talent. What else does a person need for happiness?

American Academy of Motion Picture Arts and Sciences became a kind of the office of weights and measures for cinematography. It shows the way to go and gives the tone of information flow, it defines what shall be followed, and what shall not. Creators seeking acknowledgment have to follow the recommended way. The system is made in the way that having Oscar is important for everything in their loves – honor, acknowledgment and money.

Creators are kinda told that they can do what they want, say what you want but you will be awarded if you follow the indicated way. Those who doesn’t follow, will be outsiders, marginalized, sidelined and intellectualizationed. They will not have influence to the people, they will become unpopular. Creative people feel it with their sixth sense and go the «right» way. 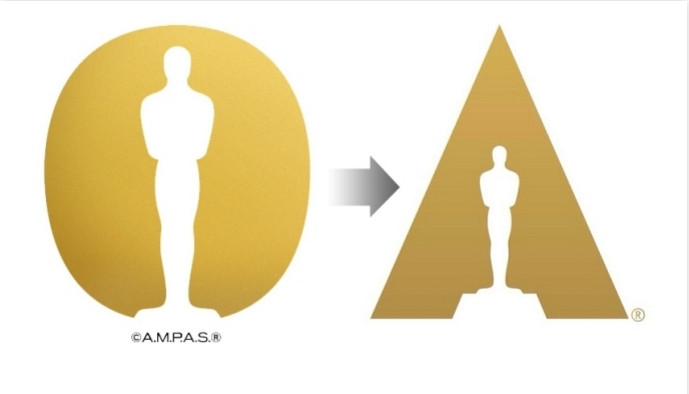 Oscar is literally an idol. If a film showing tolerance to drug addiction, perversions or aggression is awarded, local aborigines immediately start imitating the Oscar winners. They contribute to creation of consumer subconsciousness without even knowing it. Due to this contribution of the creators all the planet is under these destructive products.

None of film or music critics estimating a film or a music product do not wonder what settings this products creates. The only important criterion is the level of emotional impact. If the product has high level of impact, it is a good product. And vice versa.

To realize the absurdity of it, try to imagine that the value of food is defined not with its health benefits but the ability to give some pleasant feelings. Needless to discuss that the most preferable food will be not the healthy one, but the one that gives hallucinations.

To attract to the production of the information weapon the best specialists, a kind of elitism halo is created for film and show business of Hollywood format. It attracts people like a magnet. The same halo was created for physics in time of atomic bomb creation. It attracted a lot of creative and organization power. This concentration of talents formed an enormous and proper working mechanism.

But the creators of consumer-oriented product don not have a worldview. For them it’s just demagogy and unknown subject for them.

And every of them tries to unbosom unconscious settings required for the customer. All their pieces of creation packed in thousands of formats, including patriotic and religious, contain only one idea – «enjoy life to the full». The creator thinks that gladness and happiness should look like gold, beautiful women and business luck. It is believed that like is successful when a person «heaped up silver like dust and gold like the dirt of the streets» (Zechariah 9:3). Based on this understanding of happiness he creates his products «they are all vanity; their works are nothing» (Isaiah 41:29). 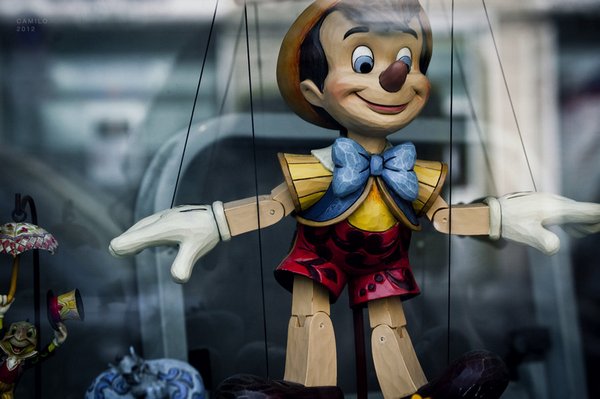 Hundreds of thousands of humble creators fill the information field, like workers at a secret plant, producing details and not knowing they are parts of bombs. As a result, info-bombs are produced at war-time speed. Speed of changing of cinema posters, top charts and pop-stars shows it is a real industry, and science, money and technology are involved into it.

But can any of the adults find the relation between mental condition of a child and mental food that he/she consumes? No. Parents buy this poison themselves, and then start wonder why their child is poisoned. Why does he/she want to kill his/her grandmother to come into fortune? Why does he/she want to adjudge a flat? There are thousands of such «why». And there is no answer to them, because people are still children despite they are 20, 70 or more. Age doesn’t give maturity. The body grows, but the brainwork level and the depth of understanding doesn’t. 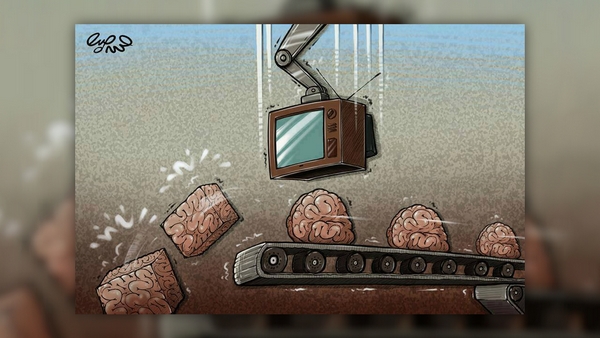 As a result, the society is helpless against the info attack. In fact the society is in the process of destruction, but people think they are entertained. Most of them do not see the relation between increasing of negativity with the quality of info production. Secrecy of the subject is provided by the system itself. Mass media working for profit are interested not in the production that is good for social welfare, but only in profit gaining. Pushing down is easier than up, and it starts using of base instincts.

The level of the discussed subject is too high for common people. A wish to go deeper in this subject is treated as discreditable. We can discuss the actors, the plot, special effects, etc. But discussing the influence of mass media product to people discredits the speaker. Other people really don’t understand what he or she wants to say.

A lot of terms was invented to give estimation to any creation. And there is not even one that can be used the level of usefulness or harm of this creative product. As a result, the topic is not discussed and is a closely guarded secret. The one who indicates it will be derided, ignored or taken out of the dialogue through marginalization. Or, in the best case, we will be named a crank.

Using the total absence of understanding the world player got the opportunity to produce info weapon using the sources of the systems to be destructed with this weapon. The showpiece media factories Hollywood and Disney are located in the USA. The branches of this information-strategic conglomerate producing mental death (sometimes working even better then the original) work without any problems in European countries, Russia, China, Japan, etc. Officially they are independent, but in fact they follow the given standards.

«Free creators» make video and audio products, video games and other things within strict limits of Hollywood and Disney formats. There are some small deviations from this formats determined by the cultural and national peculiarities, but in general these deviations are within the system.

The world elite developed an incredibly effective way to planet occupation. Material, creative and intellectual capacity of the nation is aimed to the mass production of «creative weapon», which people produce themselves and explode at their territory. All the adverse we see around us is the result of this technology.

Having the system well-organized, people themselves the costs of their consciousness destruction. They pay for cinema and concert tickets, buy CDs, games and watch advertisement. As a result we have a self replicating system. The bomb thrower gets more money and creates more powerful bombs. And they explodes in our heads more effectively. People get more strong feelings and are ready to pay more.

Info space now is full of inhuman sounds and images, activating the dark side of human beings. Inhumans and monsters create behavior patterns and break the traditional way of life. Media products have different shapes and forms, but they give only one idea – enjoy life to the full.

Based on the book «Project Russia – 3» (Chapter 7. Technology)

24+
Share:
Participation in the project
Tags:
Technologies
Also read:
«Fifty shades of gray» - a piece for grown fans of «Twilight»
Traditional family values: what stands behind this concept?
About the new enemy’s image in Hollywood’s cinematograph
Media and Children