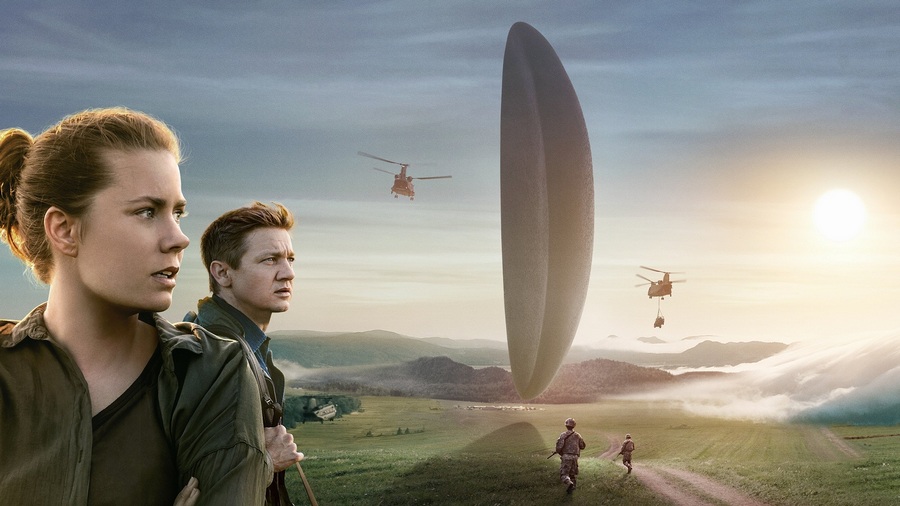 Review of the Film Arrival (2016) of the project What is good.

Film “Arrival” had its world premiere at the Venice Film Festival on September 1, 2016 and was released in the USA and Canada on November 11, 2016. It has been nominated for numerous awards, including eight Oscar nominations. The film’s central concept is very interesting and worthy of attention.

The film describes the story of aliens’ arrival to our planet with some mission, which is important but yet unclear to the earthlings. Against the background of this momentous event, the story of a woman is gradually unfolding in front of viewers, the story which is rather true-life, somewhat even trivial, but unique in that the main character does a strange thing, confusing for others. That action dooms her both to suffering and happiness.

Linguist Louise Banks is one of the best in her job. She is fully dedicated to her profession, teaches at the university and leads a modest, quite simple life. When about a dozen alien spaceships suddenly land in different places on the Earth, the CIA people turn to Louise and ask her to cooperate with them for the benefit of the USA, and of course, the whole world. Louise has to head the delegation of linguists, whose task is to know the answer to one single question – “Why are you here?”

If she doesn’t complete the task in time, the “hotheads” of the army will attack the unbidden visitors which, eventually, might end very badly for all humanity. In the process of communication with aliens, the main character begins to decipher their written language. Louise and a theoretical physicist Ian Donnelly communicate with “heptapods” (that’s how they called the aliens for their seven limbs), record symbols, depicted by them, try to classify and put them in order.

Meanwhile, the world is in turmoil and chaos, people are confused, and the military prepares to launch an attack. The viewer can see lots of shots with images of people from different countries. The leadership of nations couldn’t establish a constructive dialogue, and every country develops its own action plan.

While working on decipherment of alien language, Louise starts to see visions, which reveal to her that because of the attempt to think in the language of aliens, she took over some of their abilities and their mentality. She begins to comprehend things she’s never thought about before. And now the main character has to decide how to deal with the knowledge available to her, and how to move on. 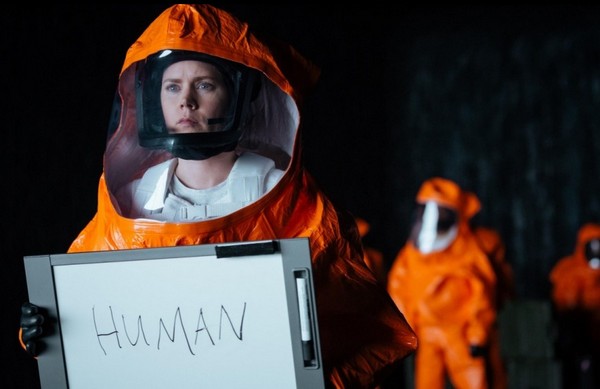 Positive image of the future +

Future earthlings are presented in the film as a highly developed race, which in a thousand years will become a major player in interplanetary space. It is a slight, pleasant characteristic feature of the film that can be added to the treasury of its good messages. Although it’s not the main point in the film, but considering what apocalyptic image of the future is usually imposed to viewers by Hollywood, it is quite opposite and pleasing picture of the world.

Though it may seem unusual to most of modern fiction fans, but violence in the film is presented as undoubted evil, and all the main characters are trying to prevent the interplanetary conflict. The very fact that the aliens are not shown as bloodthirsty invaders of resources, but illustrated as a highly intelligent civilization that came to Earth with a certain peaceful, yet not entirely selfless purpose, this fact favourably distinguishes this film in a good way.

Also, the filmmakers demonstrated technology of crowd incitement to hostility and revolutionary action by means of television and the Internet. The mass media, which focus only on selfish interests and don’t care for society as a whole, nearly provoked a tragedy in pursuit of sensation and publicity. 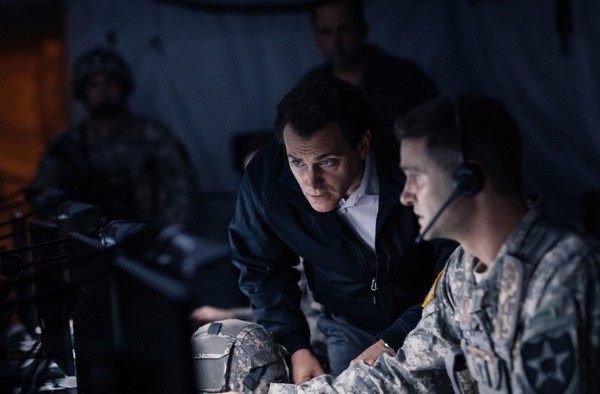 The only serious flaw in the film is that how its advertising campaign was developed. The film shows several countries, where the aliens landed. Their choice is quite peculiar and unclear neither geographically nor politically. Moreover, the most evil and aggressive country is, strangely enough, not Russia but China. And Russia follows right after it. At the same time, aliens’ landing point in Russia is so vast that it fixes Crimea, or Ukraine, or Krasnoyarsk; and the second landing point in Russia is called individually – Siberia, as if it is a territory distinct from Russia … In fact, the very choice of Russia as the most violent nation seems pretty incredible; and among listed nations, which exterminated less civilized peoples, America for some reason wasn’t mentioned. However, this silence is intentional and shows double standards of the USA.

It is remarkable that in the original story, the film is based on, there was no political line, – that’s just a modern invention of American filmmakers, who tried to put it carefully in the film. Fortunately, this line is so weak and ill-conceived, that it seems more like background and isn’t such a great disadvantage, spoiling the movie, but rather demonstrates that politics and world cinema are interrelated.

The film conveys to viewers a very important message, that even without aliens’ help, humanity can destroy itself because of its inability to come to agreement and solve global issues. Instead of uniting in the face of an overall threat, of something unknown and requiring common effort, countries and their leaders continue to think in terms of competition and individual interests. But the earthlings still have to realize the dead end of this way, so that they could create a brighter future everyone dreams about.

From lofty topics and political-military battles we move into the realm of our mentality, our inner dialogue; and the question, which arises before viewers, isn’t actually “Why are they here?”, but rather “Can I do it like that?” Many people face this kind of choice – probably it’s better to reject something that may bring suffering in future? Maybe it’s easier to rid ourselves of anguish? Turn from the right path that may cause potential or real pain and difficulties? Walk away for the sake of our own comfort, feeling sorry for ourselves, our souls and mental health; step aside, dragging out miserable but for a while quiet existence…

By cinematic miracle Louise Banks finds herself in the exact same situation, but she faces hyperbolic choice – freedom, suffering or… Louise discovers the third way – happiness, something that no one can see in this situation, except for her. 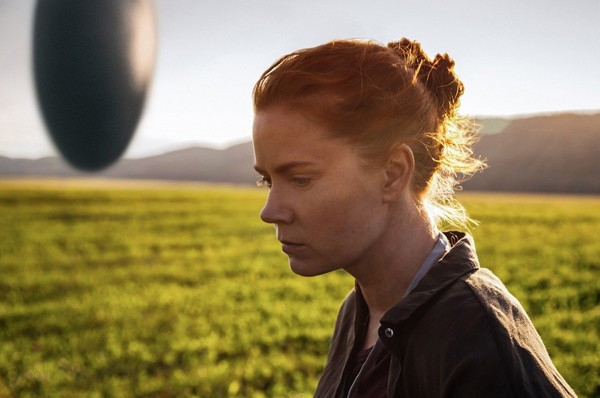 Contrary to common templates of superhero movies, Louise Banks’s character isn’t endowed with superpowers, exceptional appearance and other attributes of “a chosen one”; it demonstrates one of the strongest stories, since when the viewer realizes what exactly Louise has done and chosen, he faces a question – “What would I do if I were in her situation?” Is there enough courage and fortitude just to be happy in this kind of situation? After all, the greatest challenge isn’t in the choice itself, but in making it every day, every hour of our lives.

The very same question that arises before viewers, Louise asks one of her friends at the end of the film, and he answers, that he would choose love and happiness. The main character knows that’s a lie. She knows what he’s going to choose, but forgives him his lie, which he himself can’t even realize. This scene forces the viewer to look inward more closely. Since to say that you’re going to make the right choice (if you are mature enough to understand that it is the only true path) and actually to make it – isn’t the same thing.

One scene with wine.

Present in a small amount, condemned by the main characters.

The film raises both current global issues of humanity’s capacity to unite and solve common problems, and tells a parable of attitude towards life and all living beings distinct from us; so it sets an example of not naive but profound and creative thinking.

Film Classification: R
Export of the assessment
<a href="https://what-is-good.com/tv/films/film-arrival-2016-from-ecumenical-issues-to-practical-wisdom/"><img src="https://what-is-good.com/wp-content/uploads/2014/0/oc_g.png"/></a>
4+
Share:
Participation in the project
Tags:
Fantasy Good films New films
Also read:
The film «Dirty Grandpa» as an Indicator of the Lack of immunity in the society
Interstellar: Do you really need to save the planet when you can find the new one?
The film “A Gift of Miracles” (2015): Life tells the right way
The movie "1 + 1": Cretinism under sweet sauce