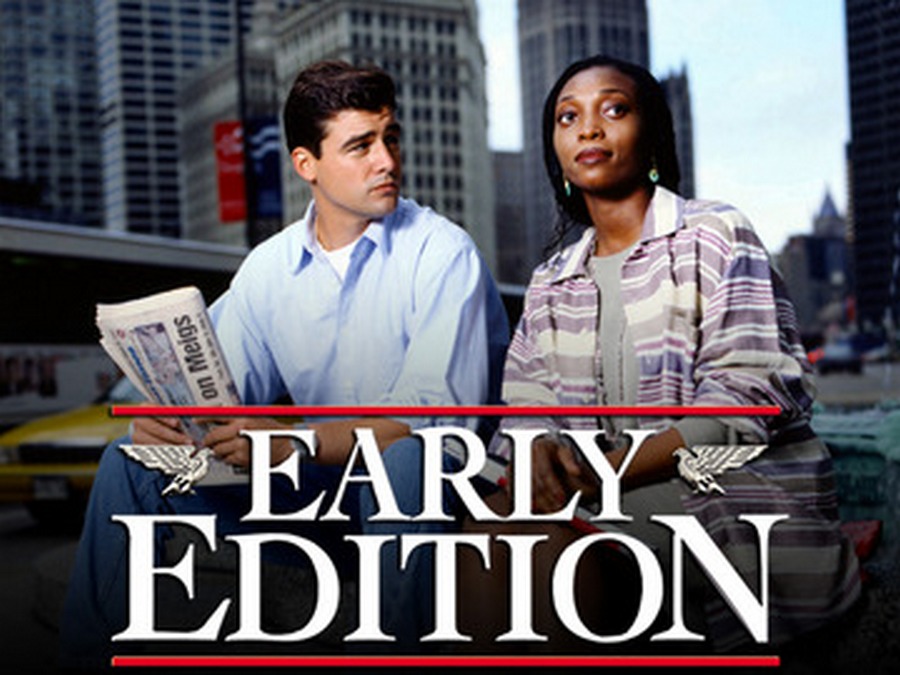 The American television series “Early Edition” or “Tomorrow Comes Today”, which was screened in the United States from 1996 to 2000, differs from many contemporary American films about superheroes. First, he teaches gratuitous goodness. Secondly, it teaches us to perceive the world as a whole, where each event is connected with a chain of other events. Thirdly, he demonstrates a rare kind of hero. Not a playboy, not a rich man, not a strongman with fantastic abilities, but just smart and conscientious guy who cannot keep out of another’s trouble. All the superpower of the protagonist of the “Early Edition” is knowledge about the future. Knowledge of who needs his help and when.

The plot of the series

One morning Gary Hobson started receiving a newspaper, dated the next day. Having realized that this is not a joke, that tomorrow’s newspaper is really in front of him, at first he tries to use it (playing on the sweepstakes) to buy a guide dog for a blind friend Marissa. But later he realizes that while he was doing his own business, his good friend went to the hospital, and this was written in his newspaper.

Since then, having realized his mistake committed once, he reads every morning issue in the morning and hurries to help people. “The Superhero Tool” is very versatile, and the quick friend of the protagonist, Chuck, talks constantly and colorfully about how to use the gift accrued to Gary, but Gary does not allow him to touch the page with the results of sports matches so that he does not use the newspaper for personal gain.

In general, there is no clear cross-cutting theme in the series, it is easy to understand, witty, not filled with either violence or vulgarity, and Gary’s survey in searching of the other half of him is surprisingly sweet and chaste in the series shot in the United States. It was closed in the fourth season, despite the protests of fans, who even after its closure continued to gather. Even now, the film has new fans who admit that the series is captivating with its kindness and simple genius.

Conflict of egoism and altruism

Gary and his buddy Chuck are complete opposites, it’s hard to imagine how such different people could actually communicate. Chuck is shown as a good character, that is, he doesn’t turn away from the real misfortune of a man, and there is neither meanness nor anger in him … But Chuck doesn’t understand sincerely how you can, having such a tool as Tomorrow’s Newspaper, not use it for yourself. Though Chuck’s aspirations are not entirely primitive, but in essence, he personifies an example of a person with hedonistic thinking, who seeks to endlessly satisfy his desires, which are quite one-sided, banal and ephemeral: money, fame, women. By this he is very different from the main character, and against the background of both Gary and Marissa (about her a little later), he looks unprofitable and funny.

“- It’s been a week since this thing has been coming to you and what have you done with it? Nothing … Ok, Ok, so you saved a few lives, you stopped that bank robbery and rescued that trailer park from the tornado… But the question is, when are you going to do something for Gar?!”

“- Hey, Chuck. What’s the point of all this? What do you think? We’re here for our health? The point is to make money, accrue power and wipe the other guys out. Things very near and dear to my heart.
– Well, I thought the point was to, ah, make a living, get married and have kids, “the American Dream”.
“Where you been? That was is the fifties.”

This conflict in the first two seasons was the constant line of the series, and Chuck, with his endless desire to make money, looks more like a comical character than a serious and sensible person who he tries to present himself, calling Gary “naive”. 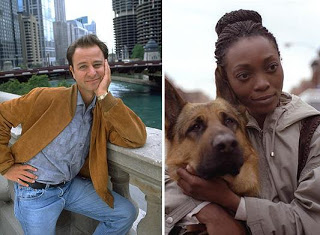 Another character of Gary’s friends is the girl Marissa, a blind, black woman; with her external inconspicuousness  - a storehouse of wisdom, faith and purity, which sometimes directs the main character to the right path. Perhaps, in her humanity and wisdom, Marissa has already achieved more than Gary, and therefore is for him a kind of beacon, a guiding star, while Chuck and his eternal craving for easy money serve as a kind of test for the main character.

The general philosophy of the film is the belief that everything is not accidental. “Everything in this life happens sooner or later. Anyway, you get what you need. Those who need to be remembered wait for it. Those who need to be listened to gain a voice. No one knows how everything will  turn out, but believe: it will work out. Justice is blind, but that does not mean that no one is watching your life”.

Also in the series there is an amazing belief in the power of one person, who has only will power and little knowledge by means of which he can make the world a little better. “One person cannot change the world, but it can be pushed. And sometimes this is enough … We ourselves create the future. “ Gary  does just what he has to, and although occasionally he has a desire to get some rest, all these aspirations lead, one way or another,  to the fact that Gary still “reports for duty” again. Just because it should and can not be different. 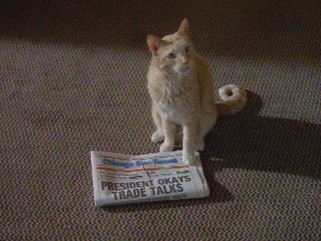 In one of the episodes, the main character met another recipient of tomorrow’s newspaper from another city. That character acted differently, he used the newspaper to earn a large amount of money, and after that he hired assistants who save human lives for $ 1,000. Gary didn’t like this way of working at all, as he explained – this contradicts the unwritten rules.

In the film there is no image of a certain eternal evil, which is often present in such serials. Here bandits or just flawed people occasionally appear, but most often the problems that Gary has to solve are caused by human ignorance or weakness, and he rarely has to meet real criminals or incorrigible villains.

A spoon of tar

The only systemic flaw in the series is the presence of scenes with alcohol. Although you will not see positive heroes in a drunken state, but in any case, you should be able to “filter” such information.

A little bit about super heroism

Tony Stark: Weapon seller, multimillionaire, drinker, one-night-stander. Egoist. His few friends are constantly victims of his jokes; a woman who is in love with him is a secretary, one of his duties is to bring in and march his mistresses out.

Gary Hobson: An ordinary person, not a very successful broker, works at a job he doesn’t love so that his wife can fulfill her dream of becoming a lawyer. He dreams of having a big family and children. Together with friends they try to start a big business – open their own restaurant.

Tony Stark: Wounded, he has to run away from terrorists. Upon his return, he decides that the arms business is evil, feels guilty and therefore helps those who were nearly killed by his weapon.

Gary Hobson: Gaining knowledge of who needs his help and when.

Tony Stark: The Iron Man’s Costume: The Super-armor and the Super-Weapon, based on rare metals and missile parts, are created by Starck with huge funds that he had earned (as we know) by selling weapons.

Gary Hobson: There is no great evil. He saves ordinary people, sometimes he may encounter gangsters, flawed people, but he is not interested in an abstract victory over evil, but in helping a person who by stupidity, by accident or for some other reason got into trouble.

Gary Hobson: Saves every day, as he gets the newspaper every day. He tried to take at least one day off, but, nevertheless, stumbled upon a newspaper, he went to save a man.

The list goes on and on to show that the image of a modern superhero in fact often carries much more harmful meanings than positive ideas. Fortunately, this movie does not apply.

Many scenes occur in the bar and are accompanied by the use of alcohol.

Occurs seldomly and is performed by negative characters.

The film teaches voluntary goodness, friendship and makes you think about the randomness and integrity of everything that happens, as well as the importance of every single person in the whole world.

The film will be interesting for teenagers and adults (cat lovers will also like it).

Film Classification: PG-13
Export of the assessment
<a href="https://what-is-good.com/tv/tv-series/the-series-early-edition-what-would-you-do-if-you-got-tomorrow-s-news/"><img src="https://what-is-good.com/wp-content/uploads/2014/0/oc_g.png"/></a>
1+
Share:
Participation in the project
Tags:
Good films
Also read:
Film The Family Man (2000): It’s never too late to do it right
What fans of “The Big Bang Theory” prefer not to notice?
Film “Collateral Beauty” (2016): Everything in the world is interconnected and imbued with love
The film "La La Land": Take care of lovers in a dream