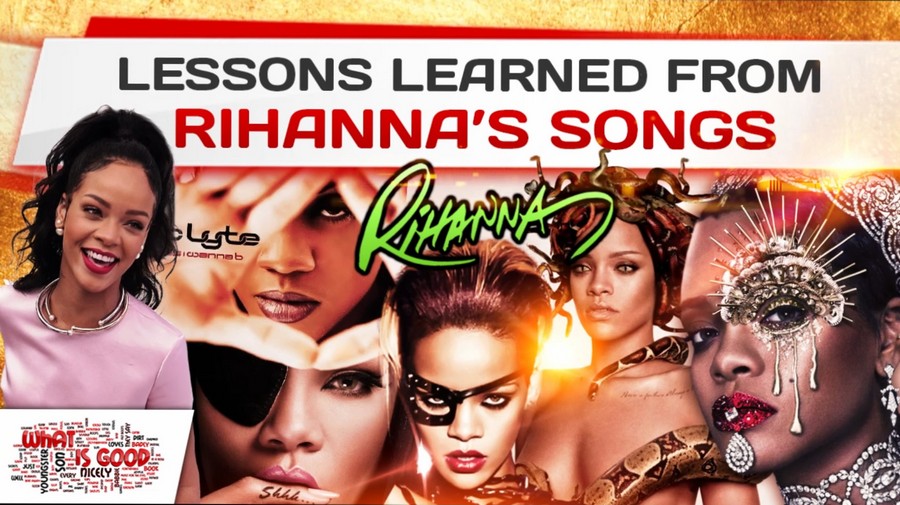 Rihanna is an American RnB and a pop-singer, who has more than three hundred musical rewards among which are eight GRAMMY statuettes. Her clips are being shown by musical channels, the media is telling about release of her another song or album, critics are commenting favorably on the creative work of talented performer. The only one question remaining outside the discussion is ‘what are the lessons, learned from her songs?’, and ‘what kind of ideology does this singer promote?’

Rihanna has a lot of clips; in the review we will use frames of her most popular videos.

Propaganda of drugs, dirty things and perversions are all attributes of successful creation of singers, who dream to be on the top of the star world. Do you want to receive awards or to have shot a piece in the magazine? Follow the mainstream, which is setting by such idols of millions as Rihanna or Lady Gaga and Madonna.

Rihanna turned into something of what she sings since her show business career has begun more than ten years ago. At least many materials in the media are showing her proactive in advocating the legalization of marijuana, supporting LGBT rights, wasting a large amount of money on alcohol, meeting with another boyfriend and so on. Naturally, this information is popularized so that many millions of her fans could follow the example of the singer.

But apart from the “standard set” of promoted flows Rihanna has her own innovations. One of the distinguishing features of her many videos are open promotion of criminal romance and deviant behavior. In such videos as «Bitch Better Have My Money», «Shy Ronnie», «Needed Me» Rihanna at the same time is singing and playing a role of criminal, blackmailer, robber and murderer.

Summarize. Creativity and the image of the singer Rihanna are aimed at: 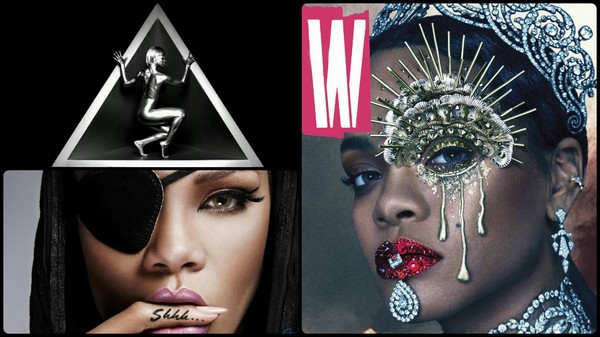 Rihanna got a nickname “Princess of the Illuminati” because of her love to occult symbolism which is presented in abundance in almost every clip. She herself does not hide her belonging to the secret orders, she also makes a meaningful tattoos and whether in jest, or seriously in an interviews says that she serves the devil.

Does the singer actually worship Satan or just leads a similar way of life not so important, more important is that her songs are promoting harmful thoughts, and despite this or precisely because of this are actively supported by music awards institutions and global media. And this fact says a lot.

For what purpose the modern music works rewarding and popularizing artists like Rihanna?

Learn how to distinguish the good from the bad, call a spade a spade and spread the truth. Be brave, comrade, publicity is our strength!