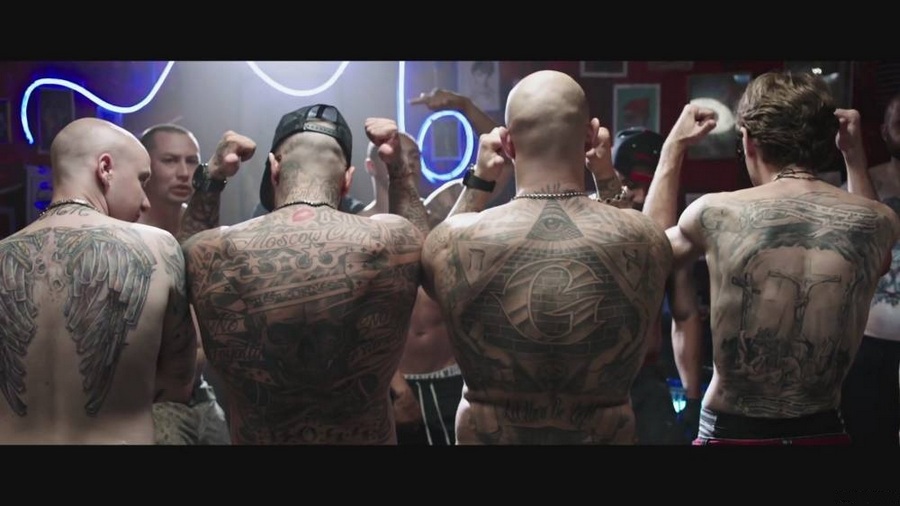 One of my acquaintances drew my attention to a music video by Kesha for the song called “Die Young”, that was done in the end of 2012. He was shocked with uncovered satanic message given there and tried to find any explanation to it. First I thought it is senseless, because I have a doubtful pleasure to understand texts of western “hits”, and for many times I had to listen the things destroying all the holy. But thinking more about the question of my acquaintance I realized that he noticed one very dangerous fact. The problem is not in the satanic content of Kesha’s video, the problem is that this video is for common people.

You got used to the fact that satanism is something behind closed doors. We are not surprised when a satanist is a bearded man wearing black riveted leather jacket and with a pentacle on his neck. But this optimistic picture is over: right before our eyes satanism turns to the product made for a completely other consumer. Do you think it is an embellishment?

Let’s start from the beginning. In 1985 a singer called Sandra produced her famous song Maria Magdalena. And it was not gospel music at all. In her “creation” Sandra announces that she’ll never be Maria Magdalena. A guitarist accompanying her reports that she is a creature of the night. How can we interpret this song? I have only one variant: the narrator is a woman of pleasure who doesn’t want to come back to normal life despite she understands her depravity. It seems to me that the words “promise me delight” are addressed to satan. Her choice is carnal pleasures and she refuses from salvation. My interpretation may be too categorical, because the song itself looks more like a poor poem than a pact with devil. I think this ambiguity was intentional because that time it was not common to call it the real name not to make people scared.

The same example is famous Thriller by Michael Jackson. The video starts with the following words: “Due to my strong personal convictions, I wish to stress that this film in no way endorses a belief in the occult.” Concerning the further content of the video this phrase turns to be really strange: in the very beginning of the video Jackson turns into a werewolf and kills an innocent girl who he had just made a declaration of love to. Later, when it turned to be only a movie that Michael was watching in a cinema, again something frightening started to happen: Jackson turns into a zombie and dances with other zombies. Then, when it turned to be someone’s dream, Michael appears again as a human with snake eyes. What is the message of this video? It is completely opposite to the words given in the beginning. It says our darkest nightmares are the reflection of the truth about a demon. This is an example of unashamed advertisement of satanism pretending that the point is completely different. This tactic of satanic content dosing maintained until quite recently. When Britney Spears, being an idol for millions of teenagers, shaved her head, drew 666 on her forehead and said she was antichrist, quickly it became world-wide known that she was sent to a psychiatric hospital. After a while she emerged from the hospital and sang a song with clear precise content, when even a satan’s voice was used. But that new possible hit failed, and it was the last time when Britney was in the high light. This “star” seems not to follow the advices of her PR-specialists who had the clear picture of the situation and possible results, that is why she had to withdraw into the shadows.

Pretending to be unsinkable, anti-madonna also had to retreat. We all remember her blasphemous “There is no room for two queens in Poland.” I know ethical journalists noticed it, but before they made it public the source of possible scandal disappeared.

The same follows Rammstein, a scandal and famous band. Their 2009 single “Ich tu dir weh” (“I inflict pain on you”) has a disgusting set of sadomasochistic motives with links to religious images. But in the same time, having clear allusions in the text, the song doesn’t mention devil at all.

The Prodigy, heavy electronic rock band, also attracted my attention. Their career started long time ago, their outstanding feature was psychedelic videos with very fast for that time music. Later The Prodigy was offered to play heavier music to increase their incomings, and their videos became provoking. Their Voodoo people is still a classics in heavy electronic music. Meanwhile, the band keeping its niche, never let its image to be too radical. But in 2009 The Prodigy for the first time in their career used the symbol of reversed cross for their videos “Omen” and “Warrior’s Dance”. I didn’t pay much attention to it considering the abovementioned band’s niche. But several months ago one of my acquaintances who is deep in rock-music drew my attention to the fact that extreme money are behind this niche. And I realized that uncovered satanism is now came to the phase of mass distribution. Maybe true fans of satan rock will not like it, but their favorite music style becomes pop-music.

I am so convinced in it because of some events taking place in Poland. There were a lot of banners calling for sin, and in the Internet there was a protest against commercial manufacture of a satanic drink called Demon, which advertising personality was Adam Darski (Behemoth metal band), famous for tearing Bible at one of his concerts and screaming “Eat this sh….”.

The video by Kesha made me remember the origins of this process. It convinced me that era of “satanism for the chosen ones” is over. Kesha herself is just a plain starlet having not much different from anti-madonna of Lady Gaga. It is just another pop-culture product for average consumers, but even anti-madonna didn’t go so far.

Video for Die Young is not the first one in history about dirty and also homosexual sex. The singer calls “Let’s make the most of the night like we’re gonna die young”. It is a common motive of poor poetry, so images given on the screen fills the words with a new sense. There are reversed crosses, pyramids with the eye of Ra (don’t mix with the symbol of the holy trinity) and other symbols like a pentacle and taro cards. In the end of this video the police come and starts shooting in the direction of the uncurbed gang, and the singer goes toward the bullets. There are two messages in the video: enjoy life and, what is more dangerous, sacrifice your life during satanic rituals consisting of blasphemous actions, free sex and perversions.

Although Kesha doesn’t have so much influence in pop-culture as the abovementioned “stars”, we shall not be indifferent to her video. We can imagine that this satanic video is just a part of her PR. First, she is not a star of top level, it means that we see the probing of public opinion. The idea is simple: if it fails, a star can be replaced with a new one. Second, exactly because she is a singer of B category, her behavior would result in such a strong reaction as it could happen with other more famous singers.

But the song Die Young already came to our houses and it will stay there. We can see one more step back. Not long ago teenagers fond of Britney Spears thought that shaving of the head and writing 666 is insanity. Now “insanity” is a part of pop music. Satanism that not long ago was something exclusive now turned to be something common, and teenagers all over the world would accept it (or even start practicing). Parents! Your children are on the edge of the abyss. If you are still not afraid of pop-culture that your children like, it is time to start!

8+
Share:
Participation in the project
Tags:
Technologies
Also read:
Lessons learned from Rihanna’s songs
The impact of modern popular music on a person
Kids’ Screen Addiction: Methods to overcome
Alcohol in cinematograph, not because it is presented in life