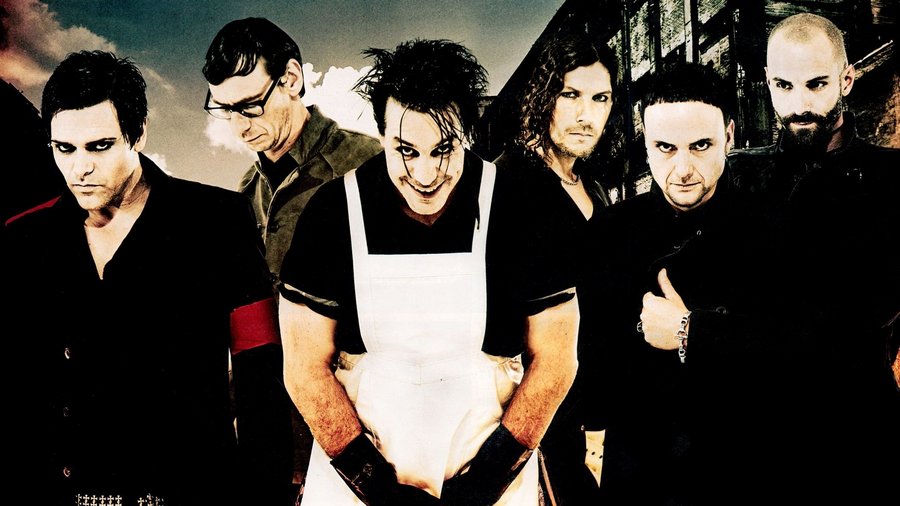 Approximate reading time: 10 min.
A link to the article will be sent to you on e-mail:
Review of the music group "Rammsstein" of the project What is good.

On the 19-th of June in Moscow the next rock-festival Maxidrom was held after three-years break, the 1,5 h perfomace of the group Rammstein and its leader Till Lindemann became its main event. When reading the Russian press, the Rammstein’s visit to Russia was a really significant event.  The mere official government publication The Russian Newspaper has published four rupturous articles on this subject, not to mention other MSM (mass media).

In the whole heap of enthusiastic and promotional reviews concerning Maxidrom and the group Rammstein, two main points were neglected  by the MSM. The fist one is that the organizer of the festival the Radio MAXIMUM  is in fact the first Russian-American radoistation, that was found in 1991 to promote the west ideolgy through the music in Russia. And the second point is that what lessons are learned in fact from Rammstein’s songs, what values and ideals do they spread through their creation? 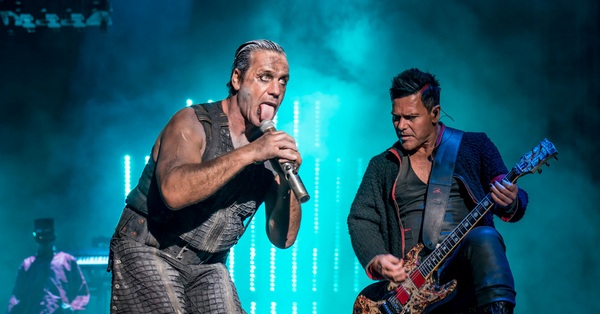 Probably very few people remember, but during the tragedy in Beslan the media reported that the terrorists who killed children in order to keep themselves in an agitated and aggressive state not only used psychotropic drugs, but also listened to the music of Rammstein. And in the West there were several incidents with shootings of schoolchildren by the band’s fans.

Till Lindemann himself stated this: “It was talked a lot about this, but if there is any radical feeling in the person, everything can provoke his splash – drawing, film and so on. By pure coincidence, this turned out to be our music. It’s important to think about what has made them go so far as they turned into animals – not about their musical preferences. Every time when something like this happens, everyone starts blaming the actor. This is a complete nonsense. ” And really, what do the killing of children, the process of “turning a man into an animal”, as Lindemann put it, and his songs have to do with?

I have six kids

They eat too much

But no French letter

Life is so much better

I hate my life and I hate you…

Pay attention to those images that are broadcast to the viewer in the video. A large family is shown as dirty pigs. Children are pigs, they  shit everywhere and get in the hair. Lindemann also appears in the similtude of a doctor who is making abortions. He wears red gloves, and his hands literally are elbowed in blood. 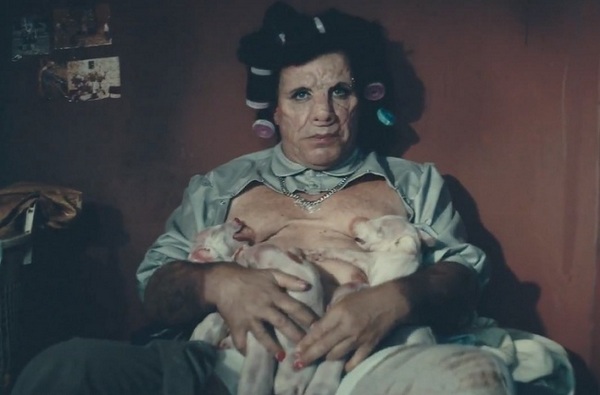 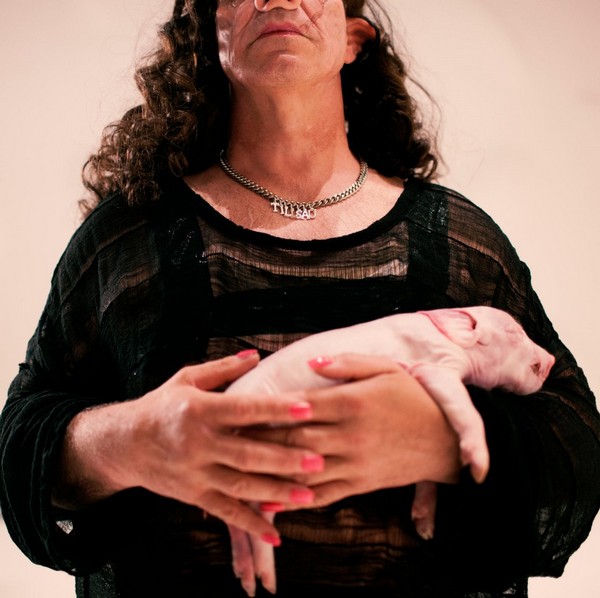 Here is another song by Rammstein about children.

He will go to his daughter

She is beautiful and young in years

And then he will, like a dog, mate with his own flesh and blood

Who are you, only an animal

The hero of songs and clips is usually a maniac, a pervert or just a character obsessed with something. In the video review we show only a few excerpts of songs and videos, but in reality propaganda of perversion, violence and sadomasochism is contained in almost every other composition of the group.

The song ”My part”

Today I will meet a gentleman

He likes me so much he could eat me up

Soft things and even hard ones

Are on the menu.

The song ”I hurt you”

You bleed for my salvation

A little cut and you’re turned on

It doesn’t matter, whatever pleases is allowed

It’s good for you

Hear how it screams

Cut up my face

If I’m smarter, kill me and eat my brain

If I have your wife, kill me and eat me all up

Then eat me all up. 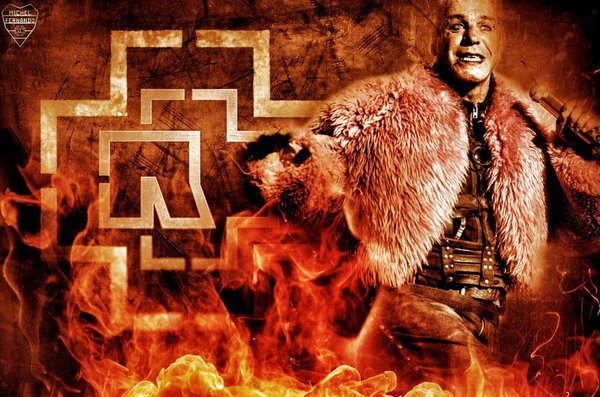 Most striking in their work is that they manage to combine the advancement of fascism and pederasty. However, this is exactly what is happening in the West and even in Ukraine, where the demonstrations of outspoken Nazis alternate with the meetings of the pederasts, where these two trends go in step. Despite the external contradictions, in fact, the fascists and sodomites have a common main goal – not to let a person become a human being, to dehumanize him, to turn him into an animal.

Burn up, then run

To summarize, the creation of the  group Rammstein is aimed at:

In response to criticism of their creation, such nits, as Lindemann, often start talking bunkum about that they just express themselves, and their music allegedly can not force anyone to kill, but this is a bald lie. Of course, such music will not turn a person into an animal and a sadist at once, but it will necessarily make its significant contribution to the process of personality degradation.

Any information transferring is a management process, and any music affects people some way or other. This influence is not instantaneous, and it can be compared with food for clarity. If you eat harmful food, the effect may not appear immediately, but after a month, a year or ten years, the body will be poisoned and become ill or die. The same situation with information – if you  consume harmful, immoral and destructive information systematically, as the creation of Rammstein and suchlike, first or last the human psyche will be poisoned. 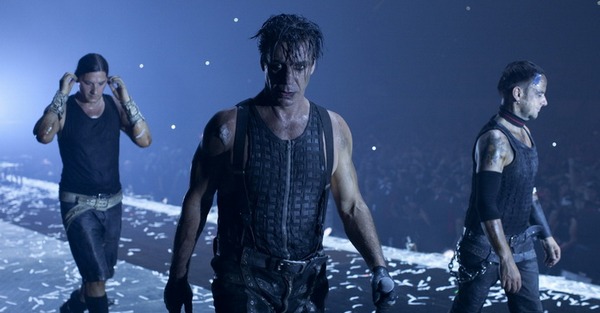 At Maxidrom Rammstein have finished their performance with a song about Moscow, let’s pay attention to it at finally, probably, many people are not up on what about this popular composition is.

This city is a prostitute, has red spots on the forehead

Her* teeth are made of gold, she’s fat, but still so fair

She’ll undress, but only for money

The city that keeps me on tenterhooks

The pioneers arevgoing there, they are singing songs for Lenin.

Those, who is insrumental in brainwasing of sadists, terrorists and perverts around the world, can come freely to the capital of Russia, sing about Moscow as an “old prostitute” before the large audience, get a lot of laudatory reviews from the central and even state press for their efforts, and also earn well on this.

It’s time for people to understand that we live in a completely different world than most people imagine. Spread the truth.

5+
Share:
Participation in the project
Tags:
Bad music Music groups reviews Technologies
Also read:
Cinematography as information weapon
Miley Cyrus, a model product of Disney
Transformation of an image of American superhero
Alcohol in cinematograph, not because it is presented in life