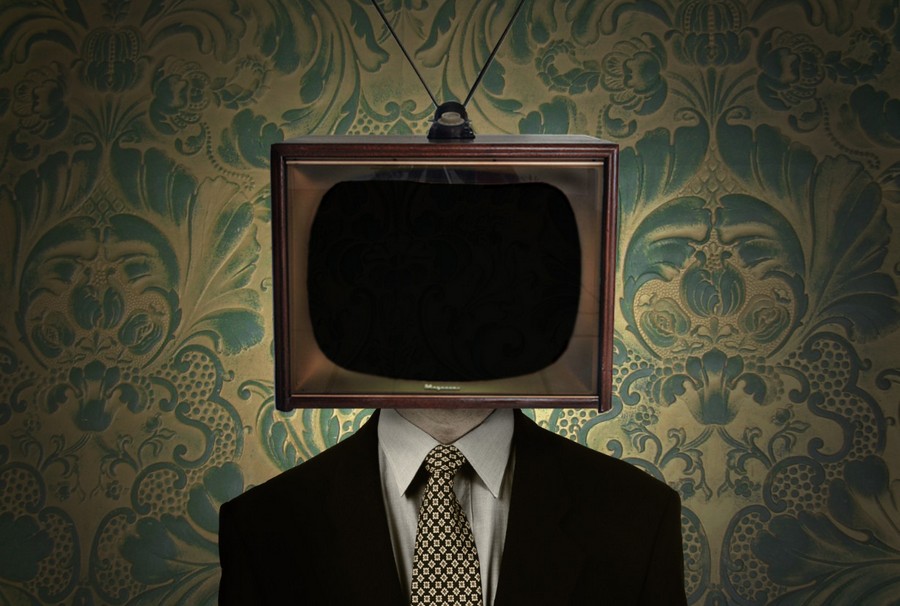 You can have a question: why to produce unviable citizens? Why to promote irresponsibility and infantilization?

Because only inattentive or not honest people thinking, that infantilization is spreading by itself spontaneously, without any efforts from anybody’s side. If spontaneously, our cities wouldn’t be full of idiotic and obscene youth-teenage magazines, newspapers and books. The TV channels wouldn’t work for new generations besotting. The time for the literature study wouldn’t cut off in schools and the soul improving writings wouldn’t be replaced by the opposite.

Why the state grow childish?

They can tell us about commercial interests, benefits and profits, which supposedly, is now subordinating everything, we are not completely in childhood and understand, that it is not just a commerce (by itself), it is a government policy. And commercialization of life too.

Of course, the one of the obvious government objective, thoroughly imbued with business interests is growing ideal consumers.

In this case, infantile people are desperately needed. Who wants this, that and all together, without even thinking if it is really necessary to buy. Who likes everything new, bright, and tasty? Who is tired fast of the new toy, that yesterday seemed to be the dream? Who is gullible with no critical thinking? Who has so much physiology, that cannot be curbed and it is nonsense to talk about asceticism with him/her? With who you can play the games like “buy one get one free”, or “discount card for regular customers”, or “100% off just today and just for you”? – Of course with a child. But this child needs to have adult’s appetite and opportunities to pay. 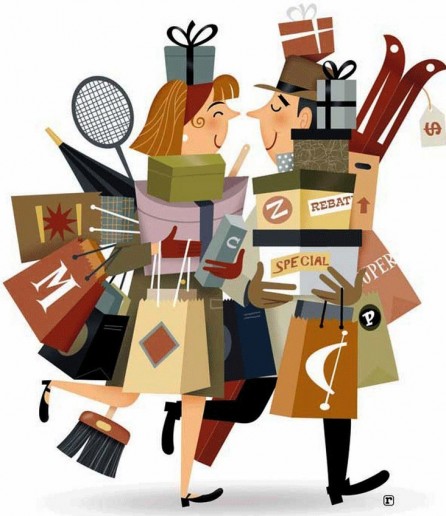 However, commercial calculation – it is only the first and not the top layer. More important problem of population decline.

And where is no contradictions. Consumer society ideologists are very afraid that it will be too many consumers with limited Earth resources. Therefore, since the early 60-ies of XX century, the hidden policy of genocide has been adopted, sort of Malthusianism (the bourgeois theory, was called by the name of TR Malthus (1766-1834), English economist. He argued, that unemployment and poverty of working people under capitalism is the result of “absolute surplus people”, action “natural law of population”. In XX century neo-Malthusians (G. Butula, Chamberlain, and William Vogt et al.) tried to prove that high population growth in developing countries leads to “global crisis”, the only way out of which, according to them, – the decline of fertility. – Ed.).

The people became strongly oriented to the small families or childless way of life on the one hand and on the other – creating the conditions for “culling” of the population, to a person weak, or caught in difficult life circumstances, or finding out of the internal contradictions allegedly voluntarily destroy their health and died prematurely. That is why since mid XX century the world is consistent liberalization of laws related to drugs, prostitution, and sexual perversion.

It is clear that childish is much easier to fool and trap. Such people, ruining their lives, not only will not be aware of this, but still be sure that their lives are better than ever. Well, those who fit into the new reality – let’s call them “prudent childish” – they are, as we have shown above, is also not viable. Or rather, are not viable in the traditional society, as there are strong kinship and friendly relations and a person without the support of loved ones is extremely difficult to survive.

But for the global, anti-traditional society for which infantile citizens are grown, strong human ties are not needed. It wants “free atoms”, which in fact will be completely dependent on the social services and without them will not be able to exist. And if so, then they must be absolutely loyal to the globalist regime, but again it will not be supplied as an open coercion, but as a free choice.

After globalist project was not born today or yesterday. The cardinal turning point, of course, occurred in the XX century, when the supporters of these ideas began to form in different countries the conditions for the destruction of peasant communities and a large multigenerational family.

For a while, though, it seemed that the development of human civilization is on the two opposite directions: the capitalism and socialism. But by the end of the century it was found that both the social and economic models have been exhausted, and now we are talking about a single “post-industrial” society – a society in which the alienation of people from each other is becoming the norm.

This was highlighted in the so-called developed countries of the West, although the elements of a new way of life is in any, even the most backward, in terms of globalists, country. Virtually all of the most important things in human life takes place outside the home and the family. Give birth to “civilized people” in medical institutions. Die usually too. And in between these two landmark events, mostly, are not in the family: the nursery, kindergarten, school, college, office, nursing home… We cannot forget how proud Germans, with whom we met in Germany, showed us these senile shelters of all kinds and levels. Nursing homes were everywhere: for the rich, for the average, for the poor. But the majority of the elderly were relatives who could well support them and look after them!

But even in those rare times when a modern family gathering at home, people do not talk, watching TV. In many families, almost every room has a TV to avoid any quarrels: let one member of the family quietly watching football and another – spicy talk show.

How many parents have been persuaded that they know absolutely nothing about their own children, are not able to raise them, not even to love and must be guided solely by the advice of the experts! We see it on our psychological studies too.

In the early 1990s, many parents did not understand why they need psychologists, and seek help only in case of really serious behavioral problems. Now, they want to get tips for all occasions. The child does not like to sleep during the day – go to psychologist. The child is rude with grandma – no solution without a specialist. He quarreled with his younger brother: “Tell me what to do, the child is out of control”. We probably would have to be happy for getting more customers, but generally, it’s a bad sign: these trends suggest that the level of irresponsibility in society greatly increased.

Take a look at the persistence with which adults dragged into a variety of games!

TV shows, TV contest, TV games and competitions. “Survivor” and “Weakest Link” the programs with a lot of money invested in. Numerous uncountable computer games. You come to someone’s job and see: a few healthy, respectable men so intently peering into the screen and click on the button, as if on their next move will determine the fate of mankind. What about ladies, who at the first opportunity, play or texting on the cell phone?

The opposition say that it is an old proven way to distract people from the class struggle. Yes, where is no doubts. And at the same time it is an effective way of infantilization of adults, creating a society overage “misfits” that even if they know that mother is dying or child hit by a car, do not budge until after the next “level” of the computer game.

Based on the book IJ Medvedeva, TL Shishova “disgrace in education”

6+
Share:
Participation in the project
Tags:
Technologies
Also read:
What happens, when we watch a movie, listen to a song?
About the new enemy’s image in Hollywood’s cinematograph
Why the world fell out of love with Hollywood films
Country lost Cold War: how its television works