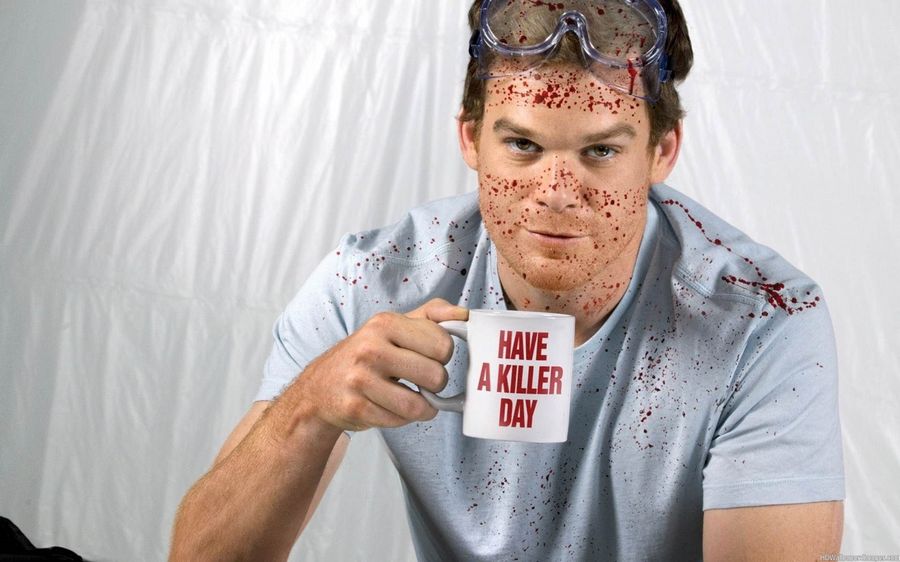 Teenager’s and children’s suicides, sudden cruelty of young people, unreasonable murders of people and animals done by high school and university students, – these messages in mass media have been disturbing society plenty of times every year, and each of this incidents is tragedy calling up one the same question every time, “how yesterday’s children and young people lost their mind and became killers on a sudden?”
The answer is simple and difficult at the same time – it happened not just suddenly, but was coming deliberately in a different but, anyway, similar routes. Modern teenage mass media is full of the death’s cult. It firstly comes to the music spreading around the idea of unforced withdrawal from life, to social media groups with concepts of suicide and depression and to the movies and TV shows with the “walking dead” plots and main roles of murders.

Would it seem that if it’s really possible to show killers, demons and man-eaters as a positive characters and transmit their behaviour models to the wide audience? Is it true that a spectator of any age, especially young, identifises himself with a main protagonist?

It turns out that the answer is “yes”. The majority of popular TV shows tell the assassin’s stories every time. That’s about maniacs “fighting” the crime by own methods (“Hannibal”, “Dexter”) and demons who are just overly hungry (“Vampire’s diary”, “American horror story”). That’s also about characters who reach their points only by violence and murdering (“Supernatural”, “Game of thrones”).

Most feck of these TV shows are passed into media with PG-13 or R ratings, but that doesn’t stop TV channels to show them even in a daytime. Broadcasters seem to see that as a lack of psycological harm as they put the appropriate rating. Of course then well-broadcasted content later finds the spectator rather in the Internet, where rating has no it’s relevance. Also that would be naive to guess that this content brings no good only for young viewers.

Having shown the examples, in this article we would like to explain you a couple of main mechanisms broadcasting the topic of death into society. 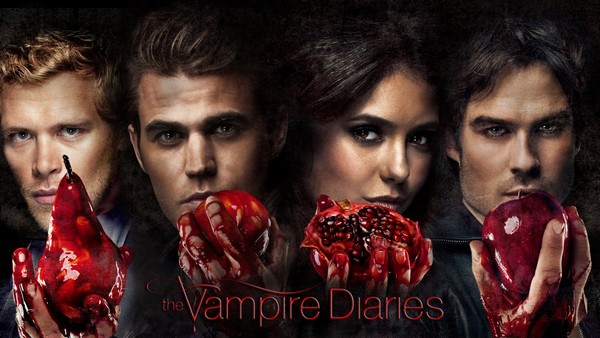 Popularization of murderers and maniacs

Firstly let’s remember what unites these TV shows. All protagonists there are murderers.

The full of humour and charm with a tragic fate (which allegedly justifies his atrocities) protagonist is a maniac, cruelly assassinating the criminals in case of justice and his personal pleasure.

This man-eater is a maniac killing and consuming his victims, whereas he is a responsible citizen of his country giving a hand to police catching another maniacs. In this movie he is introduced as a refined intelligent gourmet person perfectly cognizant in subtleties of human psycology and body.

Every protagonist participates in cruel murders. The “good ones” (Aria, Sansa) kill in revenge, “average ones” (Tyrion, Jame, Daineris) do that for their own purposes, while “the bad ones” commit the same just for pleasure (Joefree, etc.).

High school vampire students lose themselves time after time murdering plenty of people, classmates, coursemates and even casual passers. After that they usually recover in their consciousness and admit that “murdering sucks” (quote).

Protagonists constantly kill man-like demons showing this as the only way to fight the evil.

The protagonists are demons, witches, etc. uniquely reaching their points by murders, sometimes for revenge and sometimes for personal benefits. In these movies murders are justified by many aspects, such as bad victims’ acts and their demonic nature, or just because being hungry. In fact, spectator notices that main heroes with a plenty of attractive qualities do the most cruel crimes, that are being covered by artificially invented plot. With a such content in a mass viewers’ consciousness there is a violence taboo gradually being supplanted.

Unexplained and unfair death of lots of heroes.

Endless murder stories reach the point when death moments’ emotions and fellings finally become decreased. In a sometime order to call for spectators’ feelings autors more and more produce cruel scenes. It is no surprise that the directors have no interest how victim heroes will continue living and bahaving. For creators and actors of death’s cult it is just an another way to walk into the hall of fame and earn the currency. For those supporting these tendentions (through financial plans and award institutes) that is only a way to form the insentinent multitude.

In particular, in each of these TV shows there are themes of children, young mothers and pregnant women commiting death.To add to it, such topics were counted as a taboo in TV shows.

The “Game of thrones'” children’s death topic is constantly regular. What is more, children there seem not only to be mureder victims but even murderers as such. One movie scene shows us them angrily cutting an old man. In another famous scene called “Red wedding” murders of a couple main characters, especially pregnant woman, being shown. 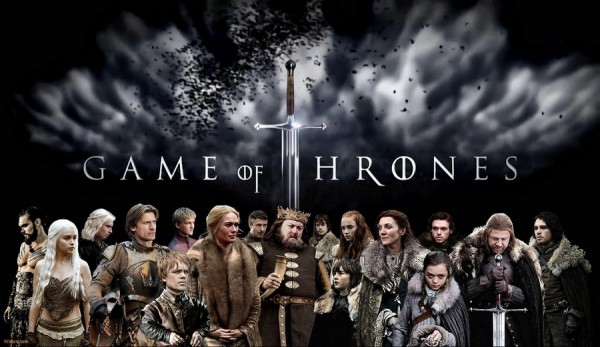 “Vampire diaries” have similar fateful movie scene of antagonist having killed pregnant woman by strongly piercing her stomach. In case to reach more dramatism the murder was showed on the woman’s wedding justbeside the father of her children.

The first “Supernatural” chapter tells us the story about mother drowned small children in river.

“Dexter” TV shows have one episode about discovering the mother’s cadaver in whose blood there was her small baby sitting. What is more, this scene is being repeated twice firstly with a protagonist and later with his son.

“Hannibal” and “American horror story” show not as much status of killed victims as a demonstrated crimes showed with a good quality of graphics and details.

Aesthetization of death and violence on screen

This topic is for the majority of TV shows for young people and teenagers, where violence and murder scenes being showed in a shadow of glamour. 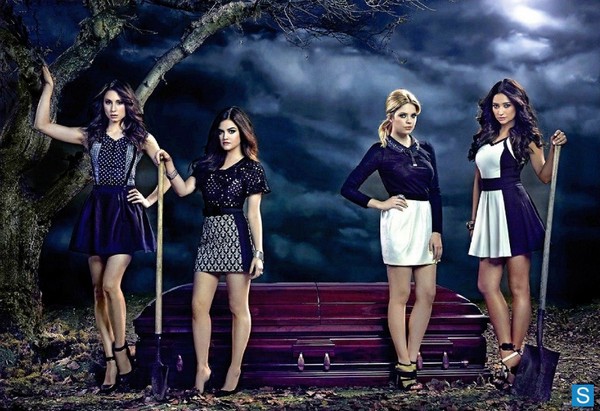 For instance, high school female students dress up and decorate their classmate’s dead body, which is perfectly shown in a headpiece of “Pretty little Liars”. In one of the first series there is even the quote told by high school’s main beauty girl,

I want to die young in order to leave my beautiful cadaver!

The most cruel but aesthetic and original at the same time murders are showed in “Hannibal” TV shows. Besides, this is done by protagonist. Frankly sick autors, artists, makeup men and all team’s fantasy is being issued in a shiny picture where are famous time-tested classical music works being sounded. The death is shown beautiful, romantic and attractive.

This topic is also supported by vampire sagas’ fashion, in which somebody as a ghoul or a werewolf ends up a romantic hero. The moment of appealing to vampire (in fact, death and appealing to monster afterwards) is supplied in the most sexualised view (for instance, “Fifth guard”, “The Secret Circle”, “Blood bond” and “Vampire diaries”).

In this case it would be pertinently to recall the story of Lupe Velez, 30-40’s hoolywood actress. She wanted to “leave” in a beautiful way, so that is why wrote a letter, drank a soporific and lay asleep in a sightly underwear. Her body’s reaction was natural as vomitive. Ms Velez died with her head inside the toilet pan sophisticated. All her furniture was knocked down in desperate trials to reach the bathroom.

Ms Lupe Velez was a victim of that current death’s aesthetisation, which is now has been influencing on a great deal of young people. It was a significant lesson given by her about the difference of cinema picture and a real life.

Modern cinematograph coming on popularisation and duplication of destructive aspects has been inventing new schemes of broadcasting vicious phenomenons into society. Besides listed tendentions, it would be rather sensible to add the cult of death to the topic of euthanasia in modern cinema (instead of making movies about people defeating incurable diseases we are suggested just to leave away “prettily”). In addition, the spectator can obviously notice frank satanic symbolism and, last but not least, broadcasted notions about the life’s inanity.

After all, if the man does not think why he lives but tries to entertain himself only, including spending time on such TV shows, then any of his life’s difficulties will be perceived not as an experince and a lesson but as a tragedy, which undoubtedly can break his will and encourage to give up. All in all, nowadays it is necessary to undestand which figures we get from the movies.

4+
Share:
Participation in the project
Tags:
Technologies
Also read:
Is satanism in pop-culture becoming the norm?
How not to be a TV-viewer in the Internet?
Dangerous device next to you
Hollywood Reboots Russophobia for the New Cold War