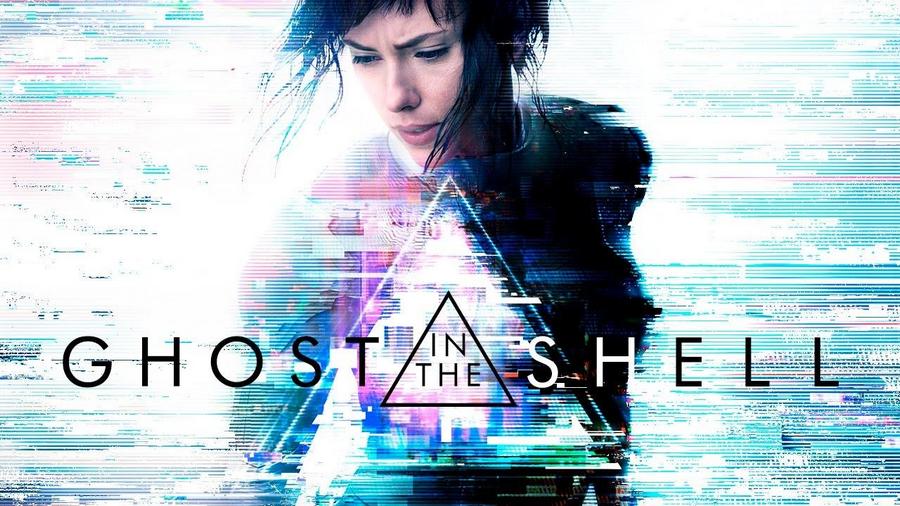 Review of the Ghost in the Shell (2017) of the project What is good.

The film “Ghost in the Shell”  introduces to viewer the world of the future, in which all kinds of implants and technical devices built into the human body have become an everyday reality. Robotics has reached a level where it is already difficult to distinguish in appearance who in front of you, a machine or a living creature.

The storyline develops around a girl named Mira Killian. Her body dies as a result of the terrorist attack, but the Hanka Robotics Corporation, specializing in the production of robots and implants, managed to save her brain and realized her old dream – to transplant the human brain into an artificially created body that has much greater abilities than a normal human body. Thanks to her new body, Mira can become invisible, move with great speed in military conditions, possesses superhuman strength, unique vision and other superpowers.

Mira is appointed to the anti-terrorist bureau Section 9, which confronts the most dangerous criminals. The main villain for unknown reasons intended to destroy the Hanka Robotics corporation and uses the most modern cyber technologies for hacking robot control systems, creating his own cyborgs, killing the scientists of the corporation. The villain calls himself Kudze and Mira needs to destroy him.

As the plot progresses, Mira gets to know what is already clear for viewer. Hanka Robotics Corporation did not save her from death, but destroyed her body during experiments on merging the human brain with machines with the goal of creating the perfect military weapon. Mira was imposed false memories, but thanks to the regular flashbacks and with the help of Kudze, she gradually remembers her true past, in which she was an ordinary Japanese girl named Motoko, who opposed production of implants. Together with a small group of people, Motoko fled to the so-called “Exclusion Zone”, which is shown as a separate district of the city for marginalized people who did not want to put up with the development of technology. Actually, the Hanka Robotics terminated all these marginalized people, and their bodies, or rather, the brains, used in their experiments. 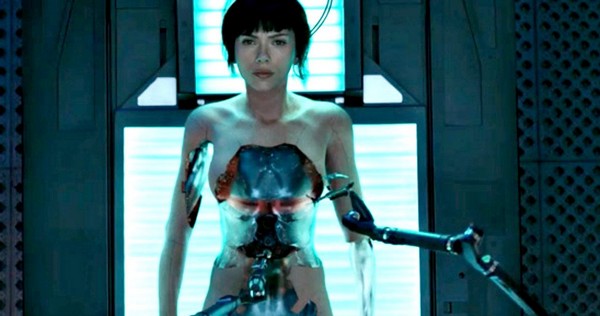 Kudze is in the past a former friend of Mira, who was also forcibly turned into a cyborg. But the experiment with Kudze was less successful, and he was considered a “defective model,” which must be destroyed. That’s why Kudze now avenges his “creators”, but for revenge he use a criminal methods, including producing new cyborgs, i.e. acting on the principle “the end justifies the means.”

In the final, the head of the Hanka Corporation named Cutter, who turns out to be the main villain in the film (which is indicative, the corporation is not particularly condemned), is trying to destroy Mira. But she is helped by Kudze and the staff of the Section 9, including its head elderly Japanese, Aramaki. He is represented as the most wise and balanced character, an active supporter of observance of the law. Aramaki directly tells Cutter that he is not subject to his corporation, but to the prime minister, that is, he is in the civil service.

Mira is saved, Cutter is killed, Kudze dies in clashes, but before disconnecting, he says that he created the unique cybernet, in which he now lives, freely changing bodies, and promises Mira to look after her in the future. Justice seems to be triumphant, and as the main character states before the final credits, “justice is what it was created for.” 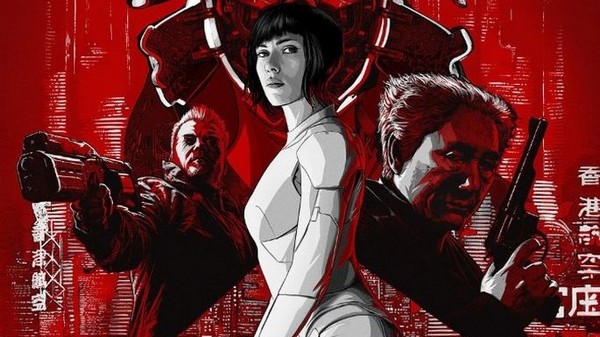 And now about the dry residue. In the eyes of the viewer unfolds the struggle between good and evil, in which the evil is represented in the person of the head of the corporation Hanka, who personally conducted illegal experiments on the forcible creation of cyborgs. Good is represented by the protagonist Mira and Kudze, who, as a result of the experiments, were human robots, their friends in the special squad, and also Aramaki, who represents the state and stands guard over law and order. At the same time, this law, as shown in the film, does not allow only the violent cyborgization of people, but  voluntary “improvement” of the body in the universe of the picture is shown to be absolutely normal and positive.

Here we have to say a few words about the entourage of the film. What passes by the background or “by default” also brings a lot of meanings to the viewer, and this information is important for understanding what ideology the picture is promoting. So, all the events unfold in a huge metropolis, in which implants have already become an absolute norm. Everywhere there is a huge holographic advertisement that promotes certain additions to the human body. Someone inserts new eyes to see in the dark, someone makes new hands for the convenience of working at the computer, someone buys an artificial liver, so as not to limit himself for night drinking, and so on. Everybody use implants, for whose designations persistently apply the term “improvements” in the film. Thus, the idea of that the human body is imperfect and can be modified is promoting in the level of vocabulary.

By the appearance of the inhabitants of the city it is often difficult to determine who is before you – a person or a robot, a man or a woman (there is a scene with a transgender in a male toilet, which is simply depicted as a kind of routine), and most importantly – all this fantastic reality is shown as something natural and normal, just as a natural development of technology and human society. 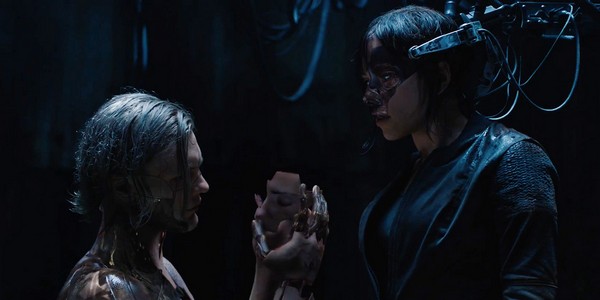 The only group of people who did not want to become part of the “new wondrous world” – including Mira – was represented by very few and frankly marginalized. It’s only a few dozen people who first wrote certain pamphlets (they tried to do agitation), and then just fled and took shelter in some remote place where they began to live separately from everyone. In fact, in the film, through background events and individual story insertions, it is shown that the overwhelming majority of the population happily adopted a new transhumanist future, and it suits everyone.

And the meanness of the plot is that it not only advertises implants as something normal, but also purposefully leads the viewer away from the main question that should be asked, depicting the future: “Is human nature perfect, or its organism not ideal and it can and should be improved? “. But in the film, this question is not directly posed, but substituted for other question: “Can a person be forcibly turned into a cyborg (the line of the villain Cutter), or can the embedding of implants be only the choice of the person himself (Aramaki’s line guarding the law)?”.

Naturally, on the example of the history of the main character the viewer comes to the logical conclusion that it is impossible to turn a person into a cyborg violently. But, at the same time, there is promotion of the idea that the voluntary “improvement” of one’s body is a good choice, and this is an excellent practice that allows to significantly expand a person’s possibilities in all spheres – from work and to personal life. In addition, we clearly see that this “free choice” is actively imposed on a person through the widespread advertisement of so-called “improvements” in the film universe. 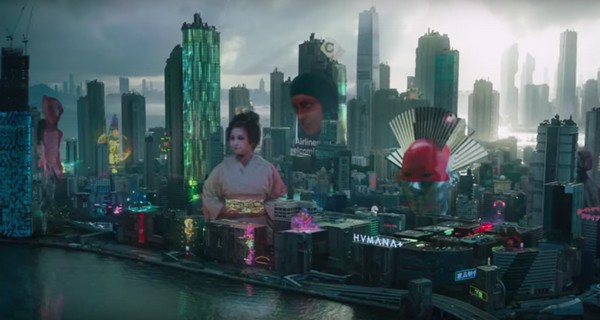 Herewith, the film regularly comes up with thoughts about the soul, humanity, feelings, it says that the Mira is not a robot, that there is a future behind such people, that it is necessary to protect humanism, the law and much more. But all this rhetoric is shown very blurry, and its main goal is to lead the viewer away from the main question that should be repeated in this review. “Is human nature perfect, or its organism not ideal and it can and should be improved?”.

This question is not disclosed in the film, but through the background components of the central plot, vocabulary and lifestyle of the “future city”, the viewer is imposed a ready-made view that “a person is imperfect and can and should be improved by technical means until the human body is completely replaced and further transition of consciousness to artificial media “(Kudze line). This phrase is the essence of the ideology of transhumanism, which is sufficiently veiled by the film, not through direct announcement, but trying to take the viewer’s attention to minor issues and introducing this idea without critical thinking. It is very indicative that the logo of the film contains the triangle in the very center, as a kind of printing of customers.

Whether you share these views and want to live in such a world (which will in fact be much more cruel and inhuman than it is depicted in the film), each reader can decide for himself, based on his own morality and understanding of the prospects for human development.

"Improved" people of the future regularly use alcohol and tobacco.

In significant part of the episodes the main character is shown without any clothes, while her silhouette is the silhouette of a naked woman, but since she is still a cyborg, her sexual organs are absent. Nevertheless, many scenes develop very rapidly, and in all combat episodes, Mira throw off all her clothes, and in the minds of the viewer there is a feeling that a naked woman is fighting. Such a peculiar mixture of violence and pornography (it cannot be called erotica).

A lot of scenes of violence and murders.

The film “Ghost in the Shell” promotes the ideology of transhumanism, convincing the viewer that human is imperfect and, for the sake of further development, one must abandon his nature by combining himself with a computer and turning into a cyborg. The insertion of implants into the human body (for which the term “improvements” is manipulatively used in the film) is shown in a positive light.

Export of the assessment
<a href="https://what-is-good.com/tv/films/ghost-in-the-shell-2017-promotion-the-ideology-of-transhumanism/"><img src="https://what-is-good.com/wp-content/uploads/2014/0/oc_r.png"/></a>
3+
Share:
Participation in the project
Tags:
Bad films Fantasy New films
Also read:
«Pirates of the Caribbean» media franchise (2003-2017): Can a bandit and a scoundrel be a nice ...
Future scenarios in western cinematograph
Film “The Neon Demon” (2016) Reveals The True Face of the Occult Elite
Kids as a target of perversion propaganda: Disney is filming the first movie about a homosexual