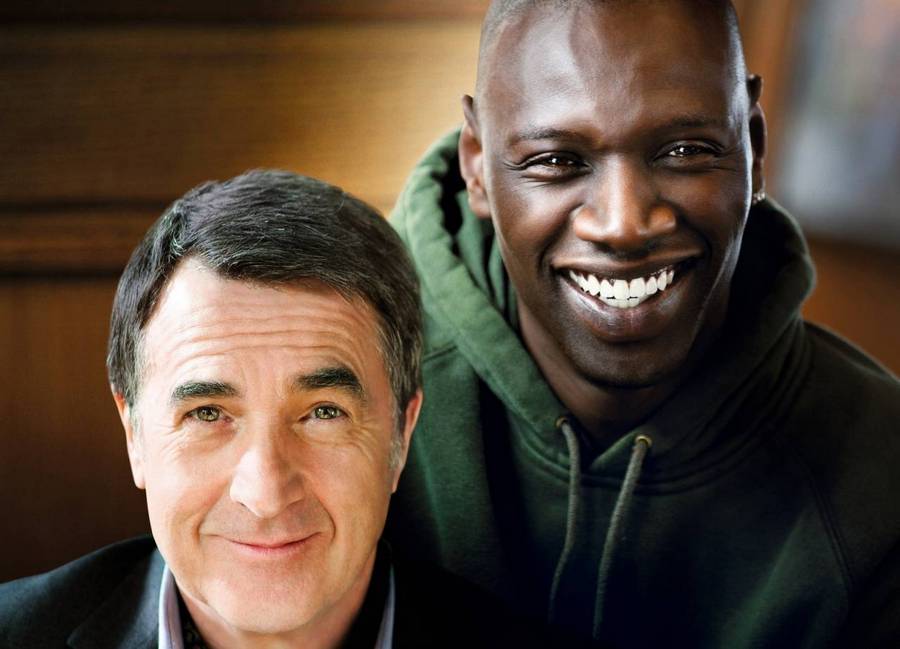 “1 + 1” (The Intouchables) is perhaps one of the most popular movies, which in recent years has been featured everywhere on the lists of the most touching and even moral movies with meaning. How many accolades can be found and how difficult it is to find critics. Almost everyone who watched this movie, positioned it as a deep (and for some philosophical) movie that can be reviewed repeatedly.

What does this movie teach?

Take, for example, an ordinary teenager and try to imagine what kind of impressions he will have after watching.

Generally speaking, the movie effectively discredits the contemplative form of a person’s perception, in which he aspires to sublime feelings and spirituality, as well as European classical culture as a whole, contrasting and promoting a primitive emotional form of perception. This form of cretinism is essential in order to push peoples into the abyss of passions and frivolity. And then you can do whatever you want with them.

Let’s take a closer look in order to make the statement obvious.

The main character named Driss is the most typical thief and a bully, an ordinary French emigrant from African countries. Throughout the movie, he is a purely positive character, while at first people perceive him somewhat disapprovingly, but at the end, he charms everyone around him. 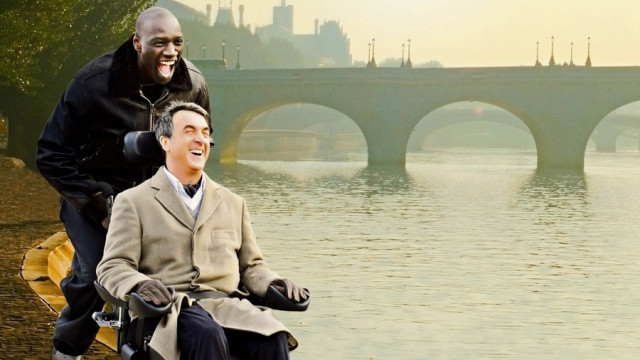 The second character is Philippe, at the beginning is shown as a real aesthete: an educated, noble, pure aristocrat. He feels art, thinks deeply, without bad habits. At least he creates such an impression. Further, all his pluses are shown as a kind of senseless boredom, and Philippe begins to entertain the audience with his methodical transition into the primitive world.

A very subtle message with painting. Aesthete Philippe is well versed in painting and has long admired by “scribbles”, the meaninglessness of which is obvious even to a bully, and ultimately buys this piece of art. Then Driss draws similar “scribbles” and then they are created a legend for this picture, so it could be exhibited in London and Paris, and sold to another connoisseur of painting for 11,000 euros. As a result, a person who is not yet expert in painting has the impression that, in principle, all world painting is valuable only because rich people are ready to buy paintings for a lot of money, and that any masterpiece is the result of such speculation. Such an impression kills the interest in real painting, replacing it with the “knowledge” that all this is nonsense.

Indirect discreditation of high literature. This is done by ridiculing the epistolary way of expressing thoughts. Philippe‘s poetic and romantic style of speech is ridiculed and criticized by Driss, referring to the ineffectiveness of such a method when dealing with a woman. During this time, a woman who writes down a speech under dictation and looks like a highly cultural person, fully supports the arguments of a bully. Further, this idea is repeatedly confirmed “in practice.”

As in the case of painting, a person who has not yet studied poetry may have the impression that all these tedious, meaningless phrases, pompous “inferences” people are forced to do contrary to their true desires just in order to look like real aesthetes. This is what he will now see in real poetry.

But the main discreditation fell on the music. At the very beginning, from the first words, Philippe says that he is an export of Berlioz’s music, after which there is no doubt that he is truly committed to music. However, at the opera, the absurd behavior of Driss, who mocks the opera, becomes more interesting to our aesthete than the opera itself. Philippe does not even dare to blame the bully at least for the fact that he interferes with the rest of the audience with his behavior. This leads to the conclusion that people go to opera for the sake of showing off or other fake purpose, but in reality, even the most “real aesthetes” would prefer to see Eddie Murphy’s jokes.

An orchestra plays at a festive event, guests sit, listen to music. It’s so depressingly shown. Perhaps the saddest performance of Vivaldi’s music, with the boring faces of the performers and boring faces of the spectators. By the end of the evening, Philippe decides to introduce his new friend to music, so the orchestra begins to play the most famous classical work. The whole idea becomes really interesting and joyful, but not because Driss is beginning to understand music, but because he begins to “ridiculously” poke fun at classical music, and our “aesthete” meanwhile is smoking weed. 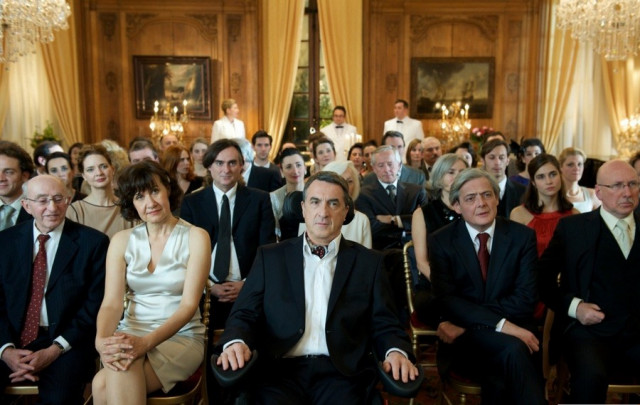 The next move is made by Driss: he turns the ordinary frivolous music on. And then everyone really feels good: everyone is cheerful, dancing, rejoicing, and everything is cool! Young man’s impressions who is not familiar enough with classical music will be quite unambiguous: really interesting music is modern dances and other primitive things, and all classical music is boring, even musicians and aesthetes listen to the classics music only because it is mandatory in their society, no more. With this approach to music, a person will not even try to really feel the deep meaning of classical music, and therefore the door will be closed for him.

The image of a woman. At the beginning of the movie, the mother kicks her son out of the house, saying that she has other children (although by the end of the movie it is said that this is not the mother, but the aunt who raised him). But the most interesting thing is realized in the image of Philippe’s assistant, whose name is Magalie. Her gradual transformation is shown very vividly. At the very beginning, she is shown as a very well-mannered and exemplary woman. It was further shown that no matter how spiritual a woman may be, she is unable to feel the truly sublime forms of courting and prefers simple primitive methods. In one scene, she praised Driss’ rude behavior, expressing her admiration for him. 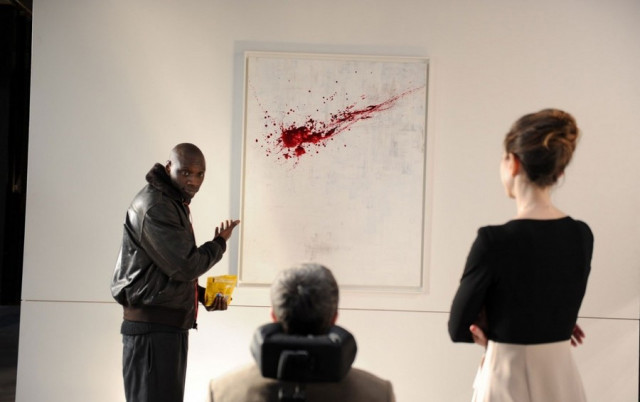 However, she does not respond to the direct and vulgar methods of Driss who obsessed with the desire to seduce such an attractive red-haired lady. This unwittingly leads to the idea that simple straightforward methods of seducing women are also ineffective. But it turns out that Magalie is so impregnable just because she’s a lesbian.

All female images in the movie create the impression that when interacting with women, it is necessary to strive for noble feelings as little as possible, and more – tor dirty instincts.

Also, there are several more interesting points that I would like to pay attention to:

For example, all French men are shown as hypocritical, selfish, weak and some as vile. In contrast shown a typical black immigrant who surpasses everyone in his naturalness, kindness, in his aspirations for justice, etc. This is all to the benefit of European migration policy, one of the goals of which is to suppress the national identity of the French and other European peoples.

Smoking propaganda. Gradually, Driss introduces Philippe to smoking. We observed a romantic image of weed smoking. All this becomes the norm for the “aesthete”, and it is positioned as a positive phenomenon. It is a remarkable moment when a new nurse wants to feed invalid person, but he asks for a cigarette. When the nurse starts talking about the risk of smoking and a healthy lifestyle, Philippe defiantly leaves, leaving Driss’ successor in an absurd position. 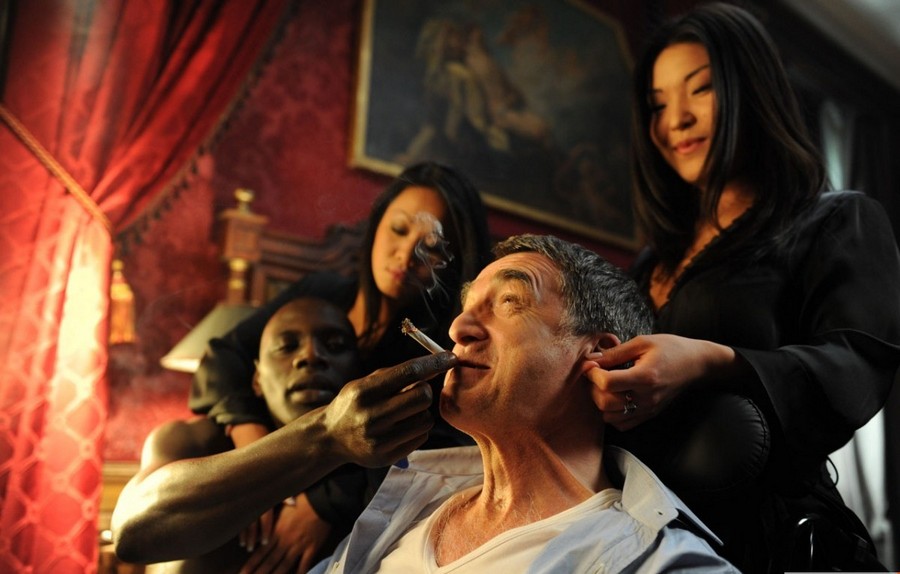 In conclusion, it should be said that everything described above is in the background, and the plot itself is pretty good from an artistic point of view, as well as pleasant enough to interest a wide range of viewers, which allows the authors to claim that the movie has a positive morale. In addition, at the end, it is said that the plot is based on real events. This is purposely mentioned to weaken the critical perception of the viewers and to finally convince them that everything shown in the movie corresponds to the actual situation. Few people understand that these real events are simply used for certain selfish purposes, and that only the plot in the movie corresponds to these events. This all makes the implementation of the identified ideas much more effective and widespread.

A lot of scenes of smoking cigarette and weed, alcohol consumption by positive characters. The romanticization of the image of drug products.

People don’t need a high culture. All this inspiring music, paintings, literature is just the outer shell behind which the aristocrats are hiding. Inside, everyone has one desire: to live in simple pleasures and values. Simple pleasures and values allow you to enjoy life in full. The boring violin squeaking, bombastic speech, negligent brushstroke of artist are not able to make life interesting and fill it with meaning.