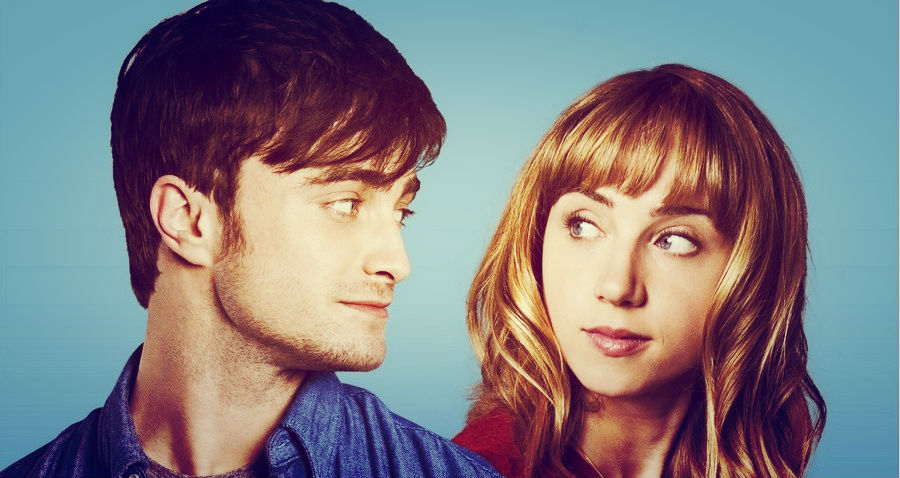 In 2014 has been released a romantic comedy of Canadian production “The F Word”. The film belongs to category PG-13. The main male role is played by Daniel Radcliffe, known for his role as Harry Potter in the long-running series of the same films.

The scenario of a romantic comedy is quite familiar: a young guy named Wallace at a party gets to know the girl Shantry. They like each other, but she already has a boyfriend. Throughout the film, their love story develops, and in the end, Shantry breakes up with his boyfriend, marries Wallace, and they live happily ever after.

It would seem that a good script, famous actors, touching scenes, an abundance of episodes of drinking alcohol and vulgar jokes – all this is typical for films of this genre. However, the content of this picture is simply shocking with the ideas that are voiced and actively discussed in this so-called “romantic comedy.” 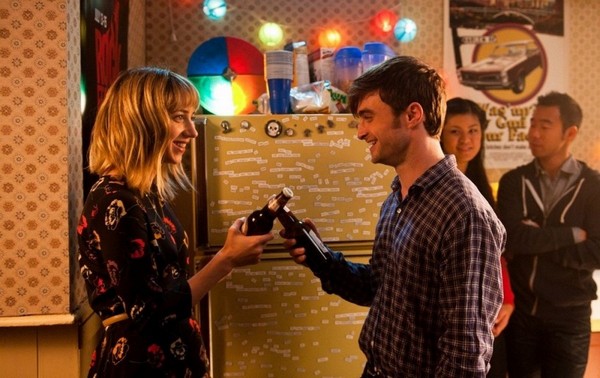 In order not to be unfounded, let’s move straight to the point. Below you can read excerpts from the dialogues of the main characters of the picture:

The theme of excrement in the film:

Dialogue of the main characters during the dinner (the 12th minute):

– When celebrities are uncovered, they are necessarily watching how much shit in them was left at the time of death.

- And in Marie Antoinette too?” And who then weighs the shit?

– They certainly fought for such a high position at court. Once they put on the king and put other people in the coffin, so at least I’ll touch him … And leave them a little to wear in a medallion.

A scene in the ambulance (the 20th minute), one of the heroines during the dialogue eats:

- I do not want to relax, I will lose control over reflexes and I’ll do it.

- Yes, and this happens very often – the costs of the profession.

Dialogue in the gym (the 27th minute):

– But you can not die! You can eat your shit, but if you eat the shit that comes out when you eat shit, you’ll poison yourself and die. The first shit – not scary, and the second – deadly.

- Love is dirty, baby, and sometimes just not useful.

This phrase is followed by a kiss.

The theme of cannibalism in the film:

During this conversation the heroes kiss (the 31st minute):

- I love you so much. I would rip your arms and legs and carry them everywhere with you.

- I would grind your bones off with love, and then I would smear you on a toast and eat it.

Conversation at the wedding with the child in his arms (85th minute):

- If a child was born and you ate the placenta, is it cannibalism?

- This is not a medical issue.

– It turns out so, but the most plague is not this: look, here I have disfigured myself, and this is forever (shows a scar).

– I’m going to the bathroom, do not you want anything? Dental floss, aspirin tablet?

– I want a pubic hair from all these girls, there, in the toilet, and a box.

– I can walk with the tray.

– I’ll fill them up with a pillow later.

Dialogue of friends (the 16th minute):

- He left me. I do not even want to fuck all his friends in revenge. No, I’m fucking, but without any pleasure.

Dialogue in the office (24th minute):

Many movie characters discuss how much they had affaires, where they had the most unusual sex, they say that “they did not bathe in the blood of babies and did not jerk off the kittens” (the quotation is the 71-st minute of the film).

Lessons learned from the movie “The F Word”

The film serves as a clear example of the implementation of the Overton Window technology for the gradual introduction into society of the notion of the permissibility of such distortions as cannibalism and the eating of excrement. The worst thing is that the picture is oriented towards adolescents and young people and links all these topics to the sphere of sexuality, which has one of the strongest influences on people.

8 long scenes of drinking alcohol (at a party, at a disco, at home, in nature, etc.)

A third of all the conversations in the film are devoted to the topic of sex.

Hidden propaganda of cannibalism and other perversions, embedded in the usual romantic plot.

In the picture there are the following adverse film indicators:

– The plot of the film promotes the values ​​of “non-committal”, so-called “free” relationships, casual relationships, binding or simply approving the sexual relationship before marriage, the viewer is impregnated with the excessive value of sexual life. This discredits the value of the institution of marriage and family, chastity.

– In the plot of the film there is an explicit or covert propaganda / advertising of the use of intoxicating substances (alcohol, drugs, cigarettes), propaganda of unhealthy lifestyles (adherence to fast food, club lifestyle, laziness, etc.), mainly by giving positive characters appropriate harmful habits.

– The film uses a substitution of concepts and attempts to convince the viewer that “black is white”, when soft, neutral, “non-price” or even justifiable ways of explaining these phenomena are used to designate perverse or socially dangerous phenomena.

– The manufacturer violated the requirements for marking the age limit of the film in the direction of understating the permissible age.

Export of the assessment
<a href="https://what-is-good.com/tv/films/the-f-word-overton-window-in-action/"><img src="https://what-is-good.com/wp-content/uploads/2014/0/oc_r.png"/></a>
4+
Share:
Participation in the project
Tags:
Bad films Comedy
Also read:
Black or white? On an example of the film "Wild" (2014)
The movie "V for Vendetta" (2005): A glamorous terror, which leads to nowhere
“Interview with the Vampire” (1994): Destructiveness of a vampire theme in modem cinematograph
“Once Upon a Time in Hollywood”: on the responsibility of actors for the realization of their t...