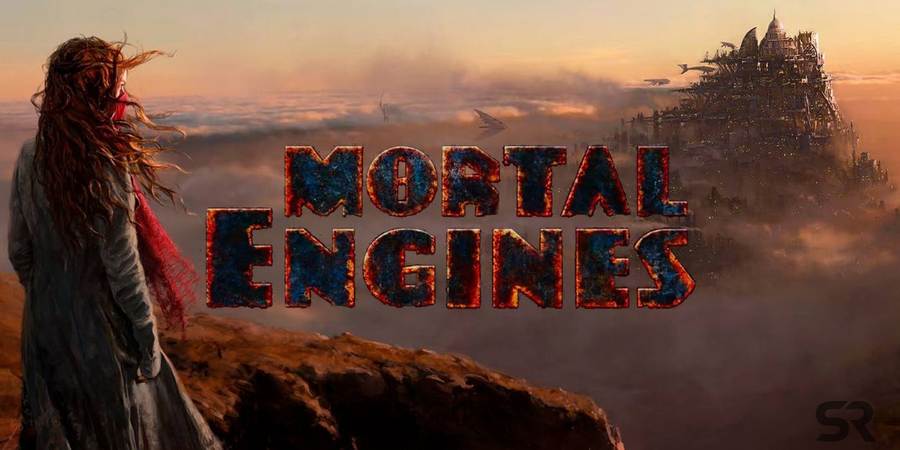 Approximate reading time: 11 min.
A link to the article will be sent to you on e-mail:
Review of the film "Mortal Engines" (2018) of the project What is good.

I had got a chance to watch the new fantastic film “Mortal Engines” (2018) the other day. I know that within the framework of the project “What is Good”, the attention is seldom focused on the second semantic series or hidden meanings, since the first place in order of importance is always put to the mass audience. And it is right. However, this time I would like to first reveal exactly the figurative component of the plot of this picture, here it is more important.

Straight to the point. The film “Mortal Engines” describes the history of the future, in which a global war occurred in our world that destroyed the past civilization. Moving cities (on wheels or caterpillars) sprang up on its fragments, which are engaged in moving around the planet and devouring each other in order to obtain the necessary resources. 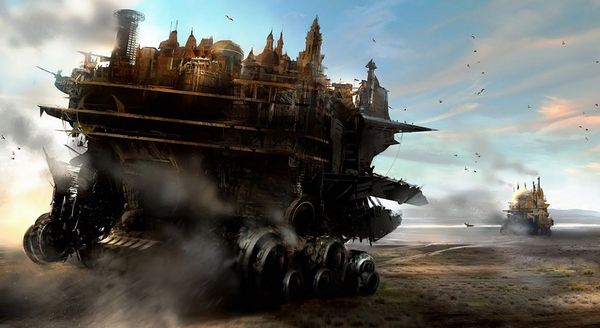 The largest and most predatory city is called London, on top of which there is something like the Capitol, and the front part of the city is decorated with large sculptures of lions. Residents in this city are strictly divided into classes / castes, an absolutely stupid elite is clearly shown, which only does what it has to do while watching the cruel spectacles of chases and the destruction of other cities. But in this elite there is a management cluster that is captured by the idea of ​​enslaving the world and creates for this a new super-strong weapon.

As follows from the film, America as a result of the global war was completely destroyed, and all that was left of it was the statues of the American gods in the form of Minions, broken iPhones and other gadgets that became unnecessary in the new conditions. Including individual elements of the very weapon that destroyed the previous civilization, and which the top of London is trying to seize again. As the story progresses, it turns out that not the whole world lives as aggressively as the civilization of predatory cities shown in the first part of the film. It turns out that somewhere in the east, surrounded by a huge wall, another civilization is developing. The plot shows that we are talking about China (appropriate architecture, clothing and so on), and these same Chinese are shown very peaceful and friendly. Unlike the West, they live in ordinary cities and only wish good for everyone around them.

Insidious London still manages to create its own super-weapon, and then it begins to move to the East (in the film this phrase “Let’s go to the East!” Sounds many times) in order to tear down the wall and devour all the cities of Eastern civilization. But in London there is an oppositional part of the elite, which regrets that London went to extract resources to Europe (this is again a quote from the movie), and almost went bankrupt. This part of the elite does not want a war with the East at all and is trying to stop the main ruler of London and to direct the development of the city in the other direction. In the film, the phrase “London must abandon the policy of municipal Darwinism.”

Nevertheless, the final battle at the Chinese wall is taking place, and in it the predator city loses. However, the Chinese leadership shows leniency and agrees to take over the elite of defeated London. 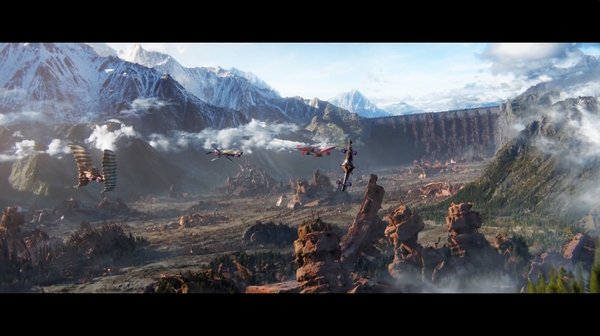 I think that the plot described broadcasts a fairly clear message: The US project is waiting for the collapse, and the London Central Committee is being relocated to China. At the same time, part of the British elite will be able to maintain its status, if we agree to go under the new jurisdiction. Britain must abandon its aggressive predatory Darwinist policy against the East, which threatens to destroy both the East and the West.
There is a lot of other symbolism in the film, which is only voiced here, and everyone can decipher at their own discretion. The story of the main character is inextricably linked with the medallion, which her mother handed to her before her death. This medallion is made in the shape of the Eye, and only it accordint to the plot can prevent a global catastrophe, and stop London.

According to the plot, an important place is assigned to the cyborg known as a “Stalker”, which is shown to be very strong, it kills everyone, but by the end of the film, having shown human qualities, it dies. It is repeated many times that once he was a man, and then he was turned into a biorobot, and assigned to him some destructive mission. Farewell to this biorobot, which, in fact, engaged in continuous violence, is shown very touching. And before his death, he gives the same medallion in the form of an Eye main heroine. Everything described is shown in the film very clearly, even obsessively and strongly striking.

And now a few words about the component that is intended for a mass audience who are not interested in global politics. For a wider audience, the picture is an absolutely harmful and stupid cud. Although the budget of the film is very large ($ 100 million), only special effects are made in it – pictures of moving cities really look strong.

But the plot itself is highly absurd. At the same time, everything is absurd: the cities themselves behave foolishly, chasing each other, instead of using weapons at a distance. The main characters behave like an idiot, some storylines are generally meaningless: two important positive characters, having learned about the plot of the villain, just sit around somewhere and do not take any action. In the film, so many blunders and frank logical inconsistencies that you can only watch this as a stupid comedy. It seems that the task was to make a beautiful picture and sew the political aspect into it, and the integrity and harmony of the plot didn’t bother anyone according to the principle “and they are asleep”.

At the same time, there was a clear revenge for the recent mainstream following the replacement of the social roles of a man and a woman. The main male character is shown sentimental hlyupikom, but the main female character – brutal, decisive, and courageous. In their relationship, everything is turned upside down. Scar on the floor of the face – the heroine; she, not he, is injured and courageously suffers pain; she goes to fight the main villain while he covers her from the air; it helps them survive in extreme conditions, while he behaves disgustingly and lost and so on. That is, everything that used to be hung in such films on a male character, here is hung on a female one (this is also one of the elements of global politics aimed at the destruction of the basic norms of society). The second most powerful and decisive character in this film is also a girl in red who kills everyone to the left and to the right, and at the same time being like a “positive heroine”. 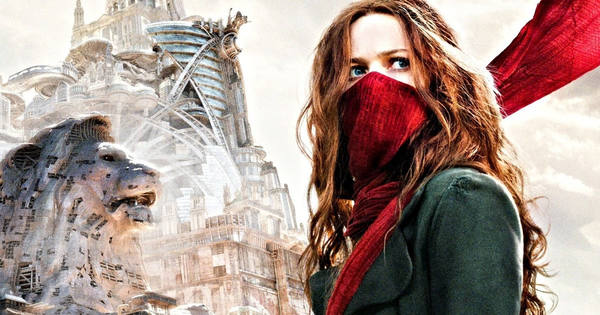 And the most unpleasant is the overwhelming amount of violence. The age category of the film is 12+, but most of the timekeeping only happens, that endless fights, murders, massacres, chases and so on. In this film, female characters shoot at their heads with such ease and stick daggers, as if it is generally the most common thing to kill everyone around. And if you put the global policy issues out of the box, then a wide audience of those who couldn’t be thought of is not intended, just a destructive and primitive spectacle with chic special effects.

And finally, cheap manipulation, which was so “thick” that caused a loud laugh in the cinema. In one of the touching moments, the main characters sounded the following dialogue with an absolutely serious look:

- Is that a bun from a past civilization. She is over a thousand years old! And you eat it?
– Of course, it is perfectly preserved (it unpacks the package and bites off). Earlier, people knew how to make really good food!

And they eat this “lovely bun” with great pleasure …

Is it worth watching a movie?

If you are going to then write a similar review, demonstrating the purposes for which cinema is used today, then of course, see. And if you plan to just have fun, then you should not: do not get pleasure, and then you have to clear your brain for some time from all this informational mess.

7+
Share:
Participation in the project
Tags:
Bad Bad films Fantasy New films
Also read:
The film "La La Land": Take care of lovers in a dream
Film “Red Sparrow” (2018): An example of anti-Russian propaganda
Aladdin (2019): Can a thief be a positive hero?
"Jumanji: The Next Level". The other matrix of meanings.