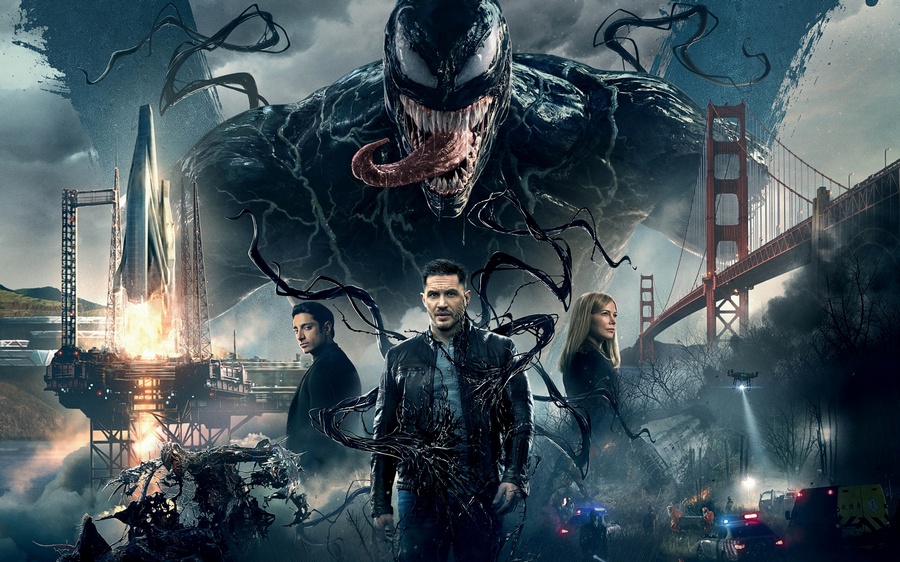 Review of the film Venom (2018) of the project What is good.

“Doesn’t matter where you are, it does matter what you are seeking for”. This phrase is relevant to many areas of our life. Including for cinema, which not so much reflects the reality, as it programs, transmitting various models and patterns of behavior to the society. The new Marvel movie Venom (synonym to poison, toxic, despite) is a proof. The trends in the genre of superhero movies are frankly anti-social and even more, anti-human.

The dominance of superhero stories completely replaced the idea of real feat and true heroism from the cinema. It has a destructive impact on society. All stories about Batman, Spiderman and Wonder Women form subconscious confidence of people the world should be protected and saved by demigods only, and there is no place for human’s feat.

Children after watching these kind of movies dream to gain superpower, to become strong and invulnerable. How to become a superhero? To be bitten a magic spider? Or to get struck by lightning? Or to meet the alien entity? Or maybe you just had to be born with a genetic mutations? Kids cannot realize their desires even they can find answers to that ridiculous questions.

During growing belief to Hollywood fairytales weakens and someone could feel deceived. Not everybody can find the answer, why? 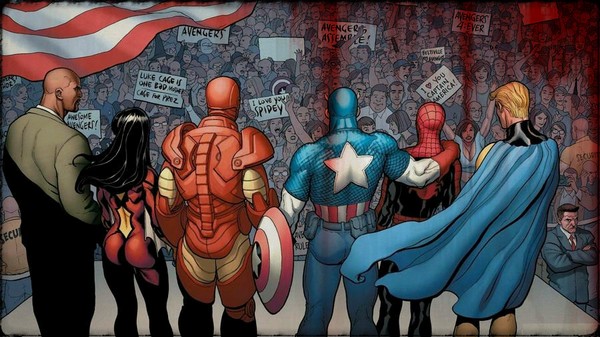 The answer is simple. Instead of distracting and feeding kids by illusions inspire them to grow up and become a real human – a Human with a capital letter. Someone could reply these illusions are not so terrible, and in some ways even instructive! By these illusions have been substituted very important and useful knowledge which is many times more significant, has potentiality and motivation for development. It stayed somewhere there – in noir et blanc old good movies and on dusty bookshelves of school and city libraries.

Most likely somebody will say: “All Marvel characters are good, they are working hard and they are honest and kind. They save the World every time!” The main issue they are fiction, and if you follow suit them you become fictional. Who is Superman without his superpower? He is simply glamorous and pompous comedian in his panties worn over tight leggings, that’s all!

Positive effects really were until recently. They did imbue the desire to save the world and help others. Today this creative aspect is beginning to disappear from the genre. Superheroes cease to be kind, honest and decent remaining to be “redeemers”. This dangerous trend would cause bad consequences to the society.

Deadpool, Guardians of the Galaxy, Suicide Squad and Venom showed that the stage of feeding the crowd with sugary stories about good saviors is over. The poisonous stuffing begins to leak through the sweet glaze of those who took on the role of defenders of the universe. Venom is the acknowledgment of the trend. 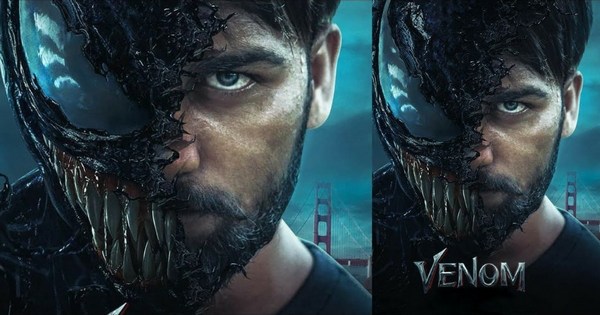 The protagonist, whose name is Eddie Brock, was a boorish and arrogant journalist with separate inadequate urges to speak out in defense of the weak and oppressed. Why inadequate? Because his behaviors were impulsive and stupid. He can’t act systematically and balanced due to his personal instability. When our character turned out to be thrown out in the backyard of his life and flooded his grief with alcohol, the alien entity has got infused and begun to coexist with Eddie in one body. First part of the movie was fed up with killing. Eddie killed everybody on his way: criminals, policemen, passers-by got into the mincer. At the first stage Venom is performing like absolute evil.

The choice of two evils

At the second half Venom decided to make friends with its carrier Eddie Brock, helped him to save the planet from another alien that wanted to organize Earth invasion. As a result, the viewer finds himself in the classic false matrix when “one evil fights another evil,” and he needs to choose a side.

At the same time, the sides of “contingently good” and “contingently bad” are endowed with many shades of gray and do not differ from each other in moral terms. For example, the main villain Carlton Drake, the carrier of the second creation, sincerely concerned about the problem of overpopulation of the earth and tried to save humanity, even at the cost of such an alliance with an alien race. The overpopulation is the trend of all movies and Superhero genre is not exception. The problem is not denied by other characters of the movie, they just do not want the arrival of aliens right now. No one asked a questions about the future of the planet, how to keep on Earth sustainable development, what they are going to remain for their ascendants. 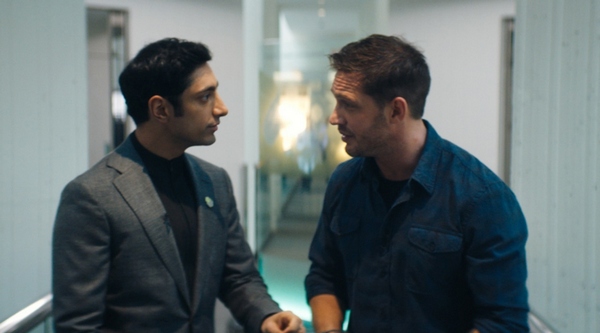 From the other side the “contingently good” – Eddie Brock and his girlfriend Weying – begun to enjoy they enslaved unknown force, and moral anguish about the hundreds killed by this something they do not much torment. Although there are some glimpses of “good” in them at the very end. Eddie asked his guest in the body to bite off the heads of bad guys. Parasite accepted Eddie’s conditions since it loves to eat and it only eats human flesh.

Previously superheroes was trying to avoid casualties of innocent. Now they are enjoying life and just trying to make less innocent victims. First of all, saving the world is at stake every time, can’t we forgive them the few hundred random victims that were just needed to feed the “savior”?

Those who knows about the Overton Window technology from the description of the scenario can notice how this window is gradually shifted to next grade in the genre of superhero. The article is not about how the superheroes turning into evil. The article is about customers, writers and creators of such movies. They come up with virtual worlds and realities watching that the viewer is faced with a choice in which there is no right answer.

This is the main trick – if you evaluate the movie staying within the matrix formed by the plot, you will always lose because the actions of the characters you will seem logical against the background of events and circumstances. But these very circumstances come up with specific people, and they create them such as to justify parasites or inadequate behavior and expose stupidity and meanness – a good solution to the problem. We must remember that in such stories, the real villain is always on the other side of the screen.

The movie promotes the classical theory of cultural drinking, implying that in any situation there is a reason to drink. All romantic scenes were shown on the background of glasses. The abandoned Romeo first went to the bar and got drunk, and continued to thump until he met an alien "friend". During the movie several times refrigerator of the protagonist was shown, it was always a couple of bottles of beer

There were no explicit erotic scenes but the relationship of the main character with his girlfriend was shown in a destructive way. At the beginning they were “love” each other (almost all Hollywood movies lowers Love to the level of intimate attraction to each other), then he was cheating on her and lost his job. She broke up with him – whether due to the fact that he has lost his attributes of "success", whether due to the fact he cheated on her. Then she started relations with a new boyfriend, and he continued to call her like a snotter. Then they were alternately possessed by the same vein. Finally they saved the world on the background with dozens of corpses, they returned to “love” each other.

Venom was released with an age limit of 16+. Huge part of the movie was saturated with all kinds of fights and atrocities. Scenes were shown a quite frankly, cruel and unpleasant. Killing people was often accompanied by a variety of jokes and "witty" humor. The audience is taught to treat violence and sadism with a smile.

Venom promotes new destructive trend in the genre of superhero movies – evil fights evil. The role of the “Redeemer of the world” was assigned to a character with low ethical level and moral skills. For a victory he merged with parasitic essence which eating human flesh. It is very symbolic.

The script conveys to the viewer fairly simple messages:

P.S. Some sincerely believe that all the semantic effects described in the article are not taken into account by producers and screenwriters when creating films (allegedly producers think only in terms of financial efficiency), but only people who do not understand two fundamental points can think like this: 1. Cinema always and in all countries used as a management tool. Hollywood is first and foremost an ideological factory, and only the second is a commercial enterprise. 2. Big money is always inextricably linked with ideology. And a budget of $ 100 million is quite a lot of money, even by the standards of Hollywood.

Export of the assessment
<a href="https://what-is-good.com/tv/films/venom-2018-being-parasite-carrier-is-good/"><img src="https://what-is-good.com/wp-content/uploads/2014/0/oc_r.png"/></a>
6+
Share:
Participation in the project
Tags:
Bad films Fantasy New films
Also read:
Oblivion is Not Forever
The movie “Fight Club” (1999): Be courageous to suicide
James Bond is a veteran of information war
Toha Ha: “Revolution”